This is a Datsun 1600 Roadster from 1969, it’s currently for sale out of Richmond in Kentucky and it comes with a spare engine and transmission. Back in the 1960s this model won a number of SCCA races, helping to put Datsun on the map as a sports car marque.

Also known as the SP311 or SPL311, this 1.6 liter droptop roadster was a force to be reckoned with in the right hands. It led directly to the creation of the Datsun 240Z, and the Z car series that remains in production to the current day.

Datsun originally started out as the Kwaishinsha (Kaishinsha) Motor Car Works in 1911. Three years later in 1914 the company released their first car, a very simple design that used many locally-produced components – they called it the DAT. 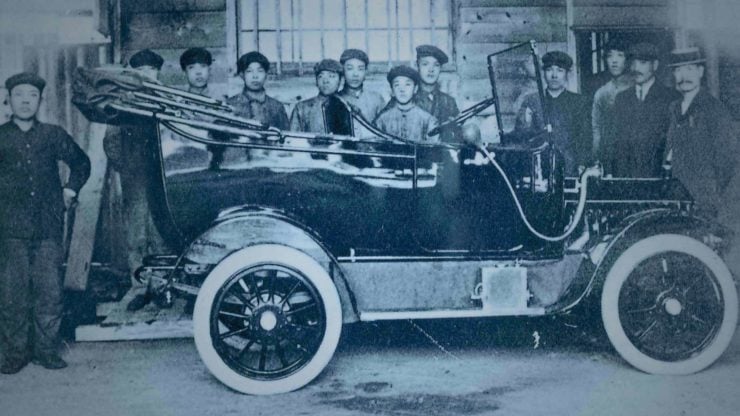 This is the DAT, the first car built by the company back in 1914. Image courtesy of the Nissan Motor Corporation.

The name came from taking the first letter of each of the company’s investor’s surnames: Kenjiro Den, Rokuro Aoyama, Meitaro Takeuchi. The company formally changed its name to DAT Jidosha & Co. in 1925, by this time they were making small trucks almost exclusively, due to the fact that local demand for automobiles was so low.

In 1931 the company came out with a new car named the Type 11 but better known as the “Datson,” as in “son of DAT.” The Type 11 was near clone of the popular British Austin 7, funnily enough around the same time a company over in Germany was producing their own (licensed) copy of the Austin 7 called the BMW Dixi.

From 1934 onwards DAT began building Austin 7s officially under license. The company continued to grow, offering a vast array of models, and by the 1960s they were making concerted efforts to enter the lucrative Western markets in Europe and the United States.

The Datsun 1600 Roadster was unveiled in 1965 as a competitor for the dominant roadsters of the day, largely from Britain and Italy. 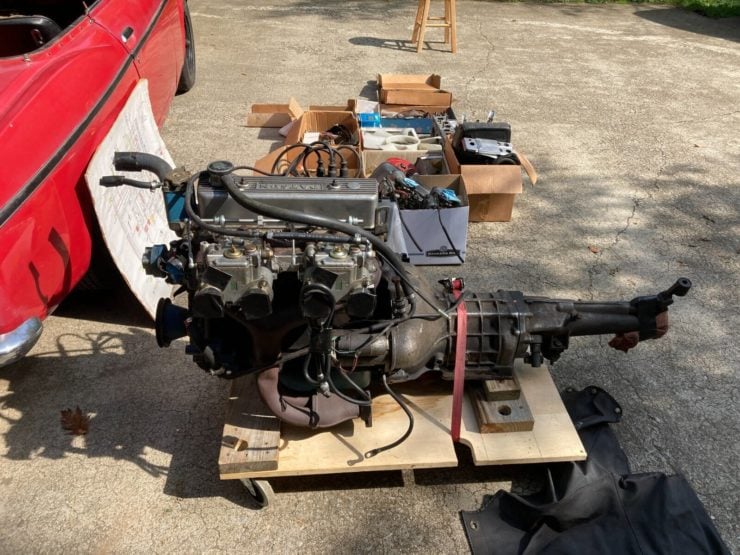 This car comes with a spare engine and transmission, and a few additional boxes of supplies.

This included classics such as the MGB, Lotus Elan, Triumph TR4, the Austin Healey Sprite, MG Midget, and some Italian examples, like the Alfa Romeo Spider and the Fiat 124 Sport Spider.

The Datsun was designed very much in-keeping with the visual cues of these European sports cars, possibly because German automobile designer Albrecht Goertz had a hand in the final styling.

Under the attractive body everything was fairly normal by the standards of the era, the 1600 Roadster has independent front suspension on coil springs, a live axle rear on leaf springs, and a front mounted inline-four sending power to the rear wheels via a manual transmission.

There were a few things that set the little Datsun apart from its European peers, firstly and perhaps most importantly it was cheaper. Secondly it showed great promise on the race track, it would eventually win some SCCA races and claim some hard fought podiums. 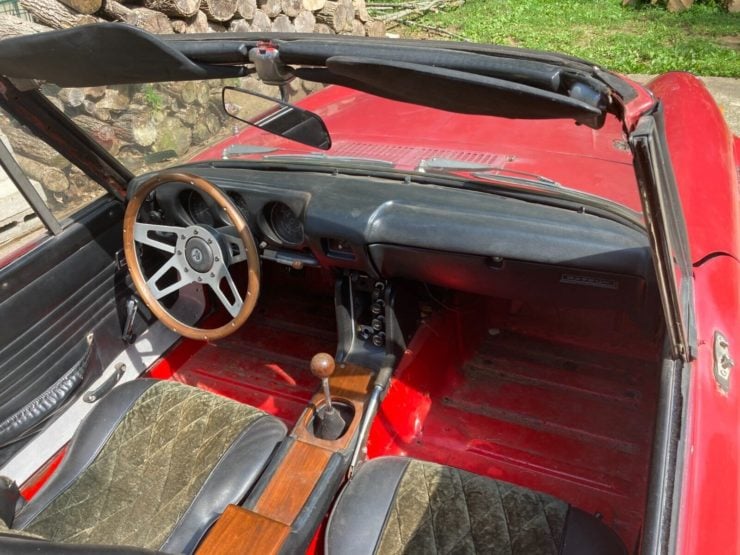 The interior of the Datsun was well designed, with comfortable seating for two and an attractive wood-rimmed steering wheel with four spokes.

The 1600 Roadster was sold alongside the 2000 Roadster, the latter car had the larger 2.0 liter U20 engine, and together they were a common sight in SCCA competition in the mid-to-late 1960s.

Once Datsun’s Roadsters had proven their mettle the Japanese automaker released the Datsun 240Z, a car that became an icon in its own right, and gave rise to the Z series cars still being built today by Nissan.

The car you see here is currently for sale out of Kentucky in non-running condition.

It’s clear that it needs a restoration however all the major parts look like they’re accounted for, and from the images shown in this listing, the rust actually doesn’t look too bad, though of course more investigating may be necessary.

The seller is including an additional engine and transmission with the sale, they have the clean title in hand, and they note that multiple boxes of parts (and odds and ends) are also included.

If you’d like to read more about this car or register to bid you can visit the listing here on eBay Motors. 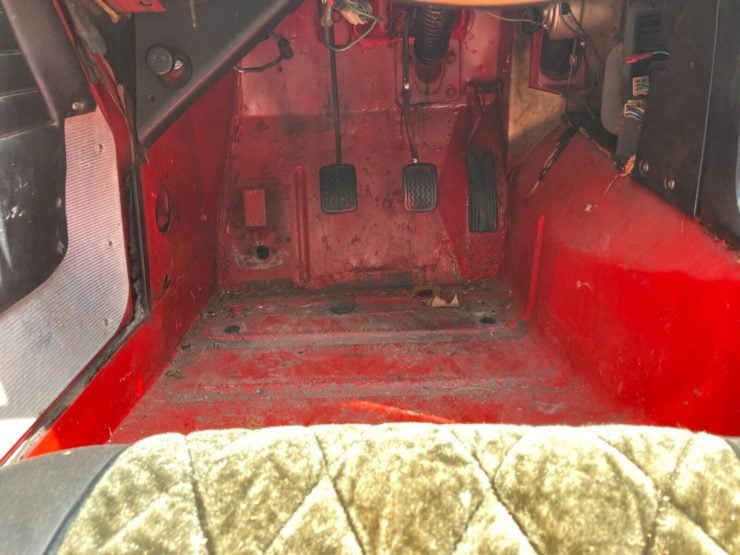 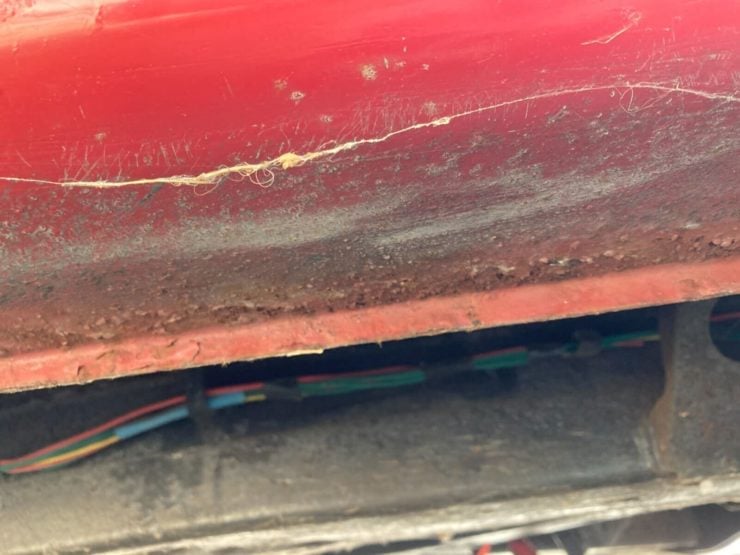 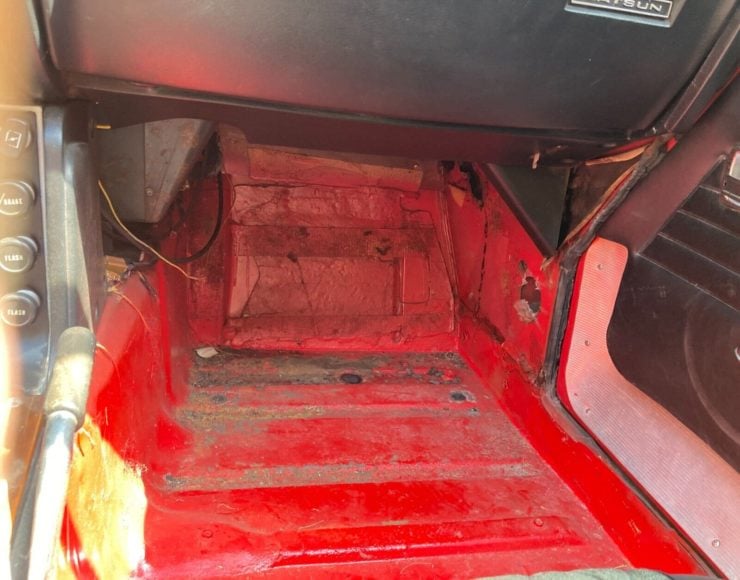 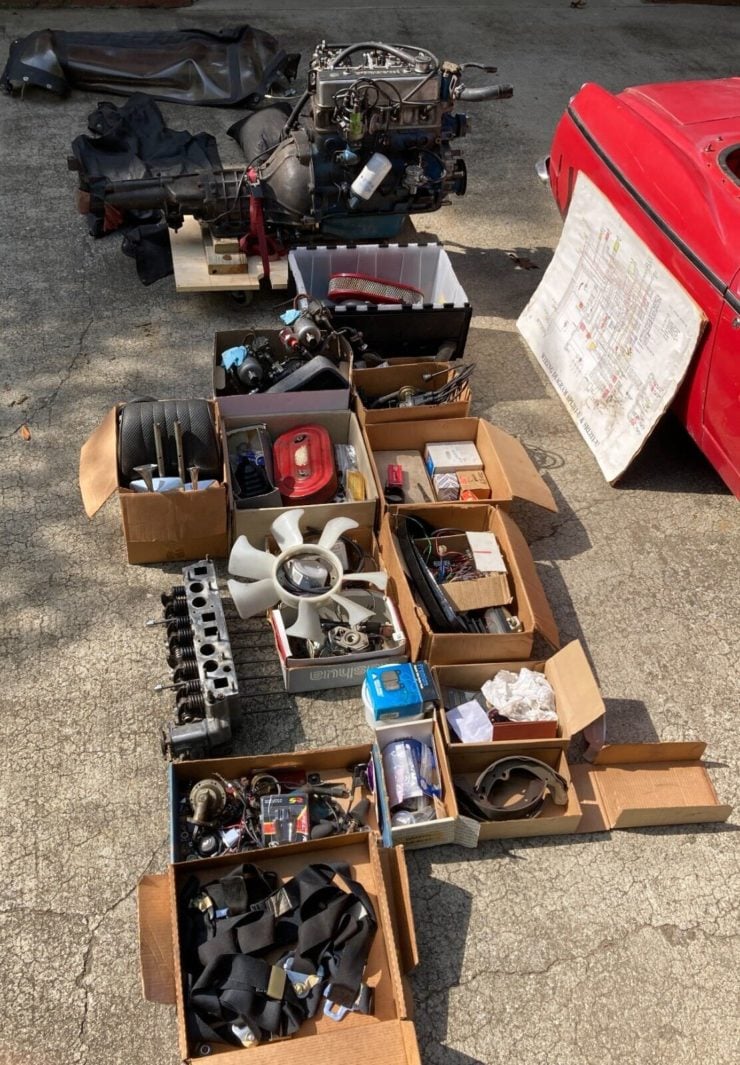 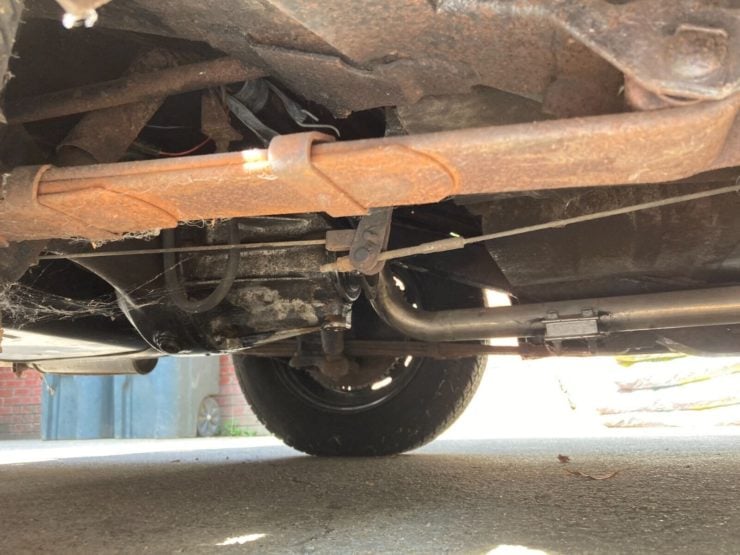 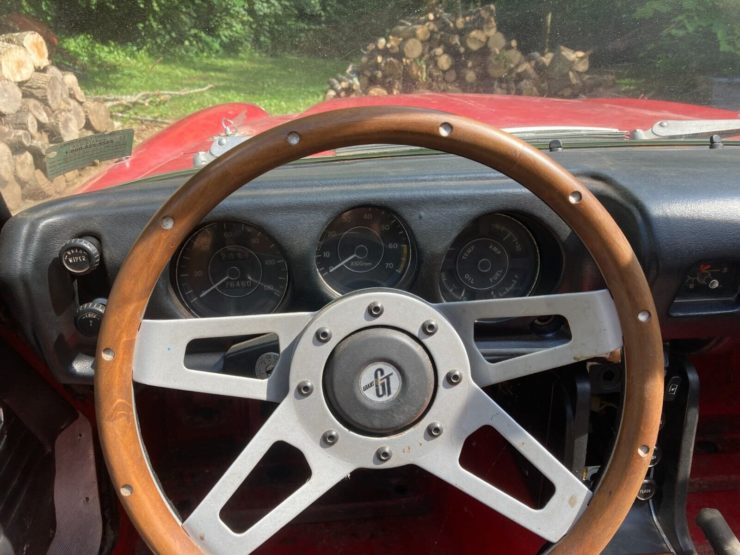 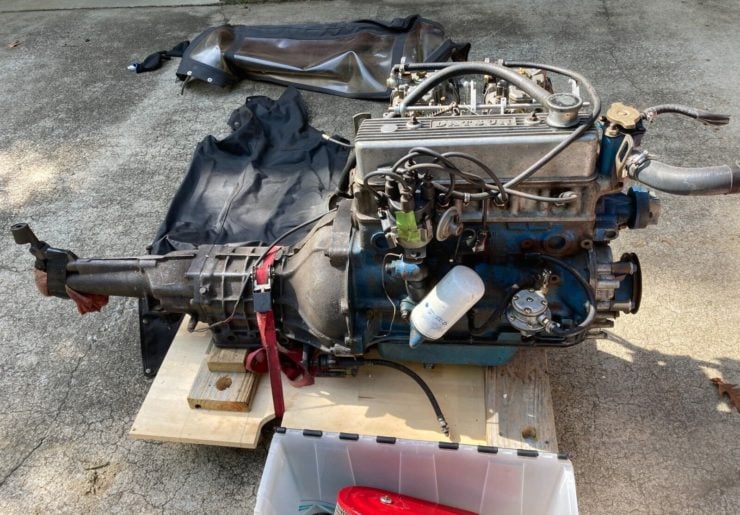 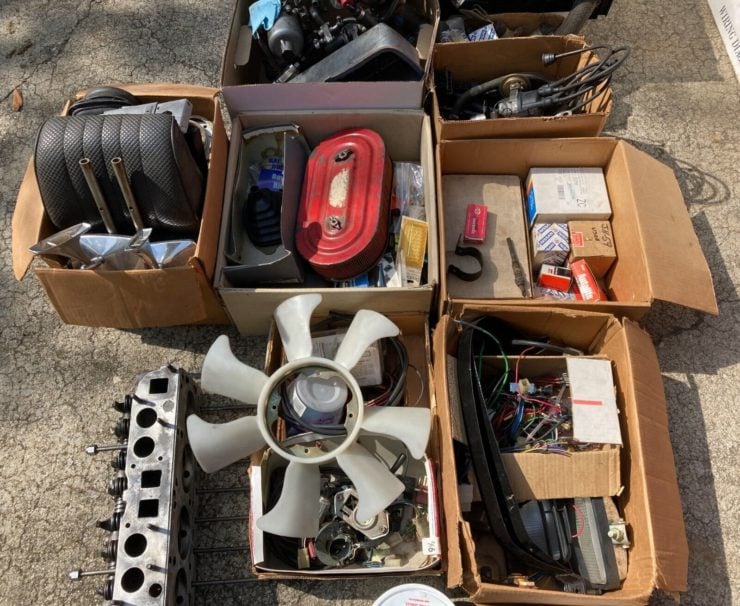 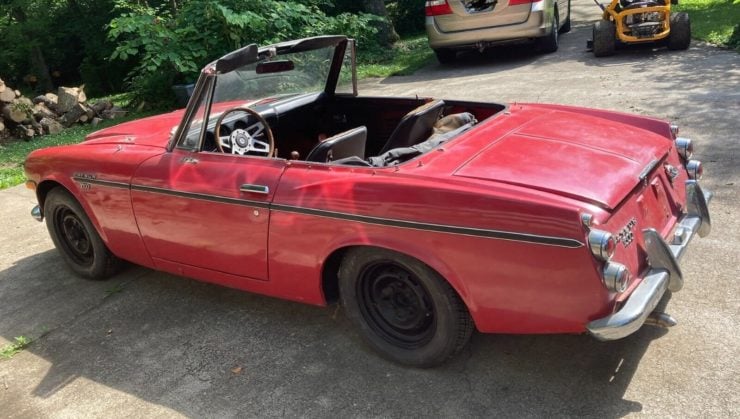 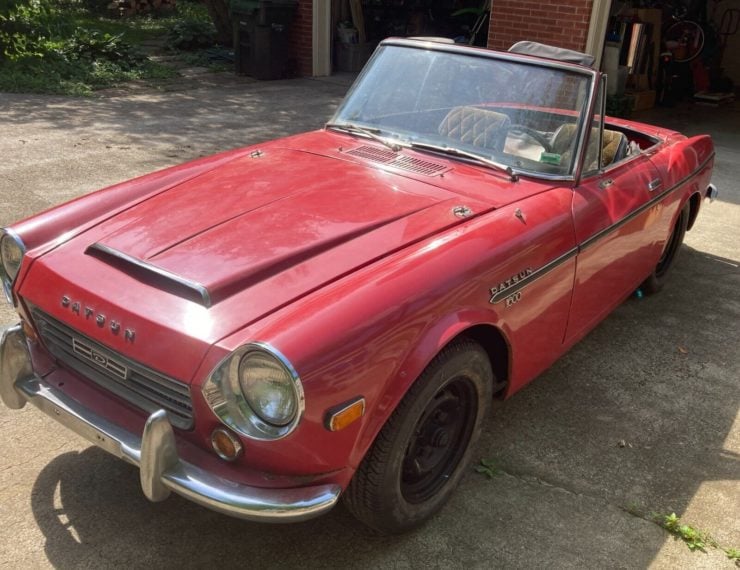 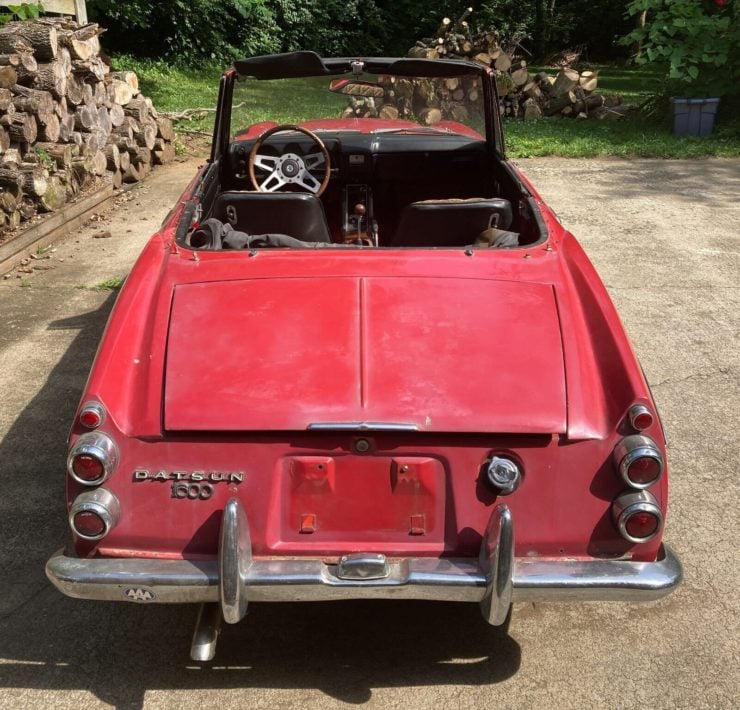 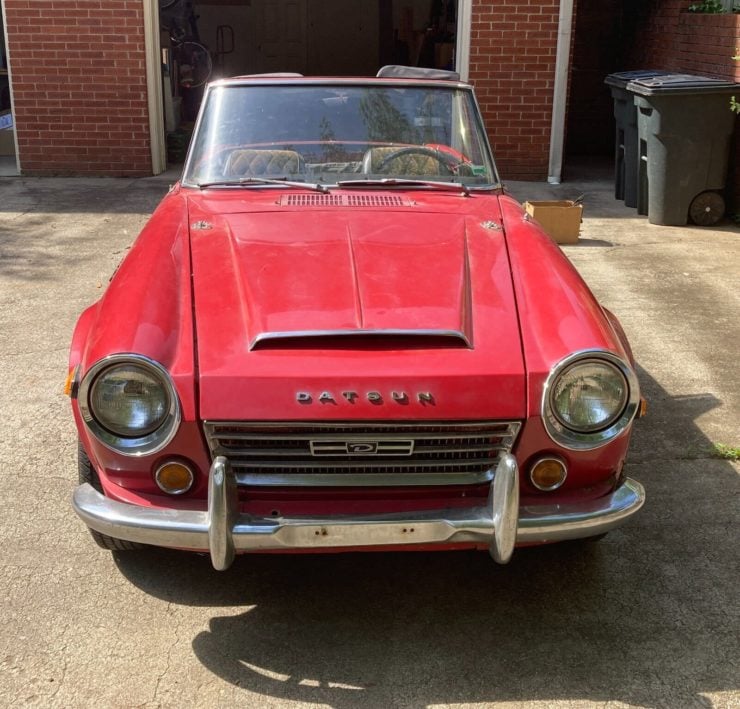