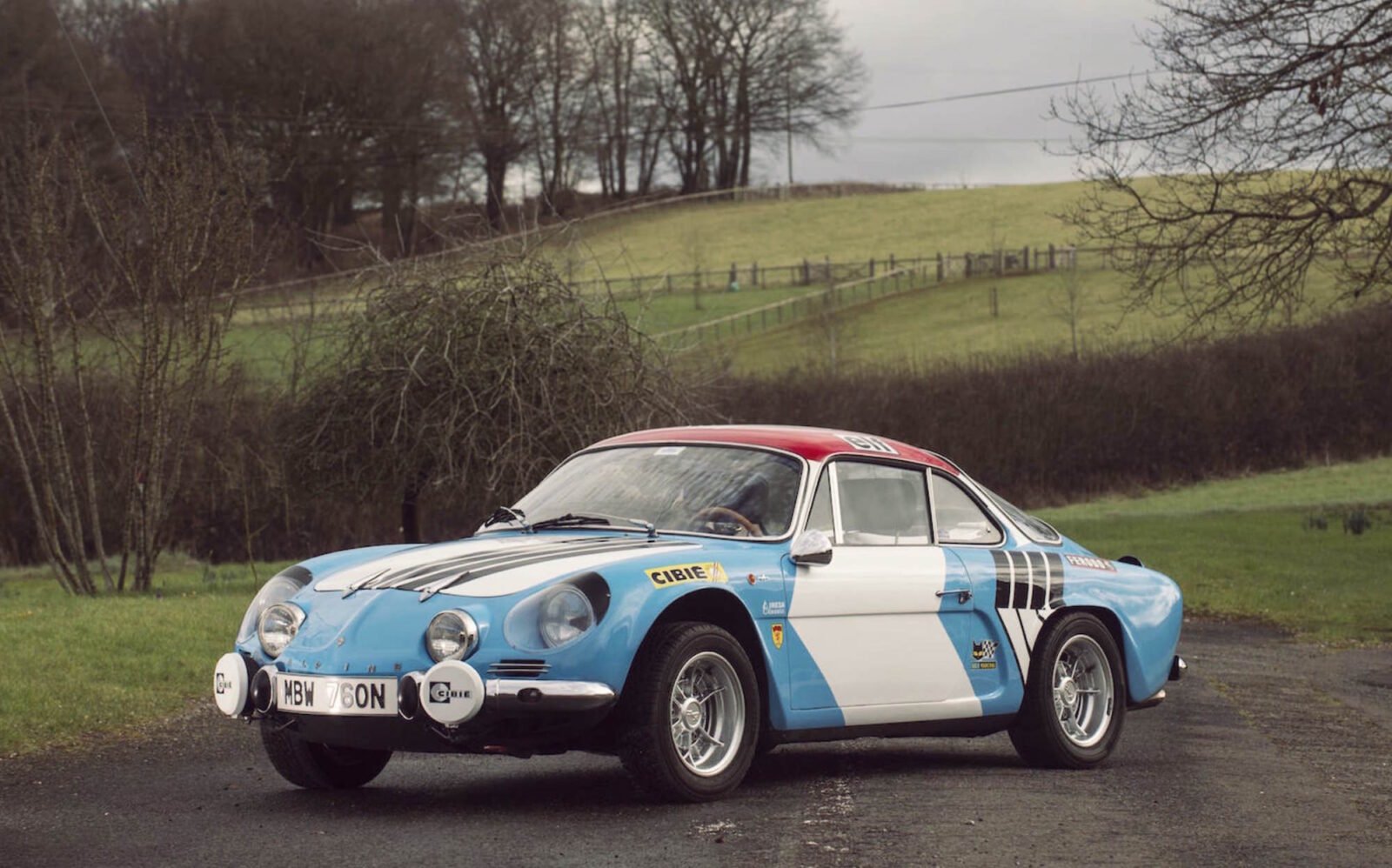 The story of Alpine and their 110 is one of the great David vs Goliath tales of 20th century motor racing. In 1973 the small French company Alpine took a 1-2-3 finish at the Monte Carlo Rally, and claimed outright victory in the World Rally Championship – made all the more special because it was the first year the championship was held.

The reason for the success of the Alpine 110 was down to a few factors, the car had a lightweight fibreglass body, an advanced central tubular backbone chassis, and a rear mounted engine offering excellent weight distribution for rally.

Alpine was founded in 1955 by Jean Rédélé, a natural engineer who had started out as a French garage owner. He began to experiment with Renaults in motorsport, and found he could make the cars far more competitive by introducing his own modifications. His first car was called the A106, it was based on Renault 4CV mechanicals and proved quite competent on the race tracks of Europe. It was followed by the A108, which was then modified and became the A110.

With it’s Giovanni Michelotti designed body and a new updated chassis, the A110 proved immediately competitive. It was initially fitted with a 956cc Renault engine with 51 bhp, but over the course of its 1962 to 1977 lifespan the model would be fitted with various engines all the way up to an 1800cc engine developing 180 bhp.

The A110 you see here is a Spanish-built 1.3-litre version from 1974 – a year after Renault bought out the company to save it in the midst of the oil crisis. This car was owned by its original purchaser until 2005 when it was sold on, it’s since been modified for vintage rally events with a brake servo, xenon headlights, additional spotlights (x4), rally seats, full harnesses, wider rally wheels and tyres, a hydraulic handbrake, fire extinguisher, map lights, wood-rim steering wheel, and electronic ignition. The engine and gearbox are to standard specification, while the original seats, steering wheel, road wheels/tyres, and some items of external trim are included in the sale.

Click here to read more or register to bid via Bonhams. 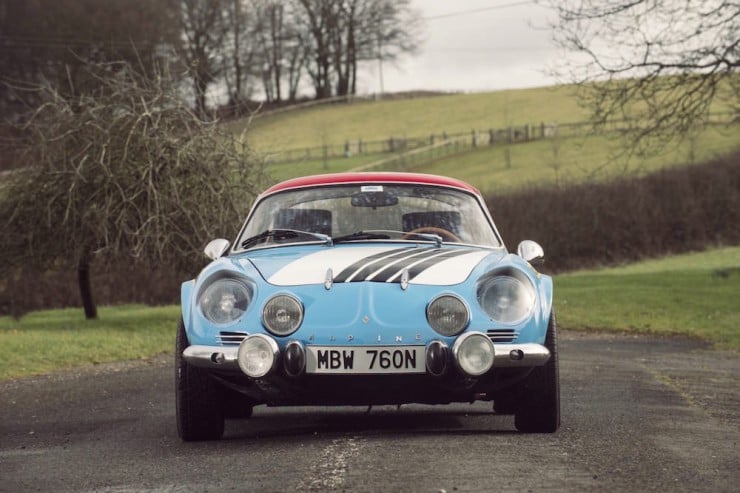 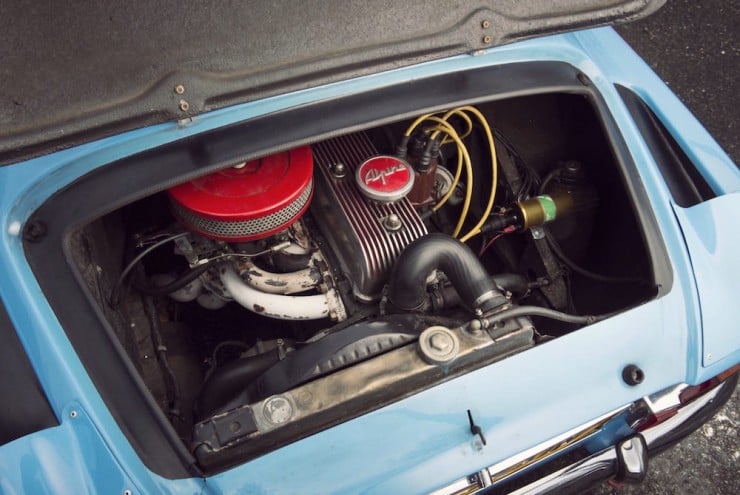 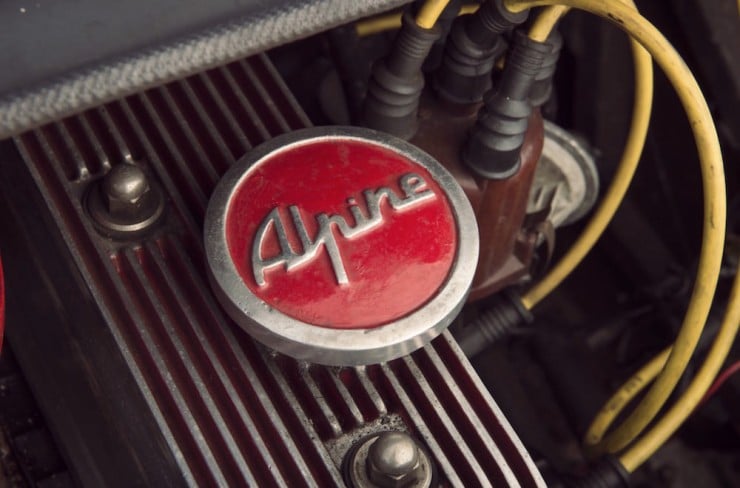 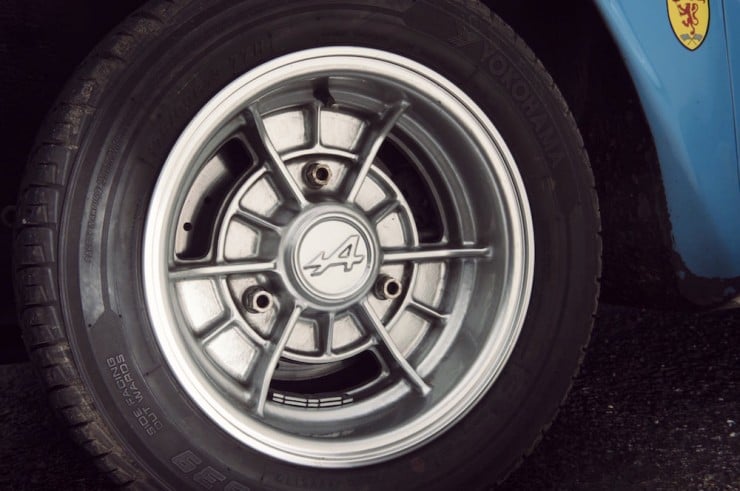 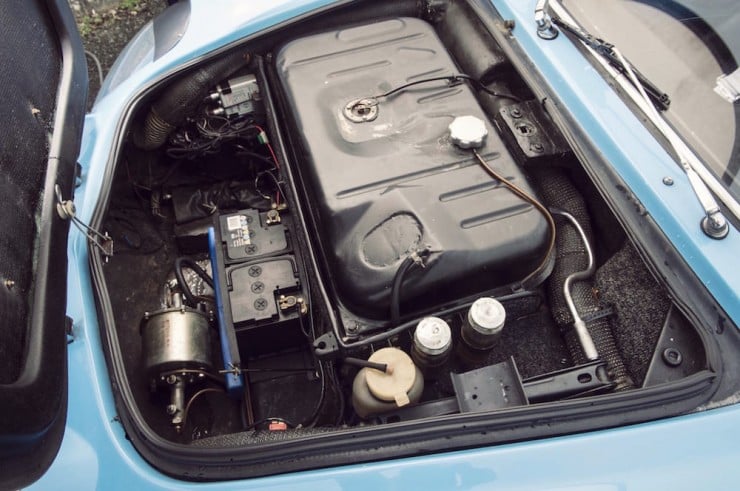 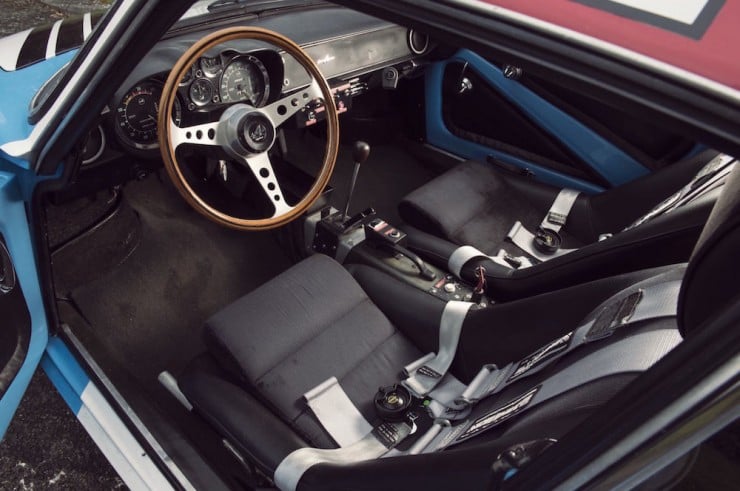 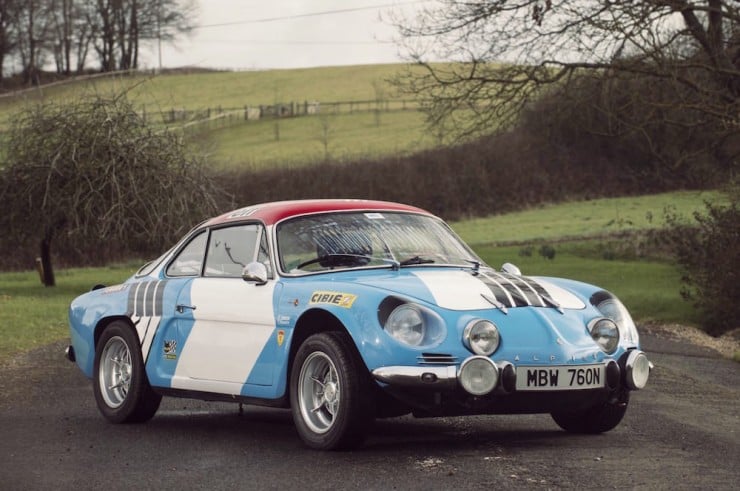 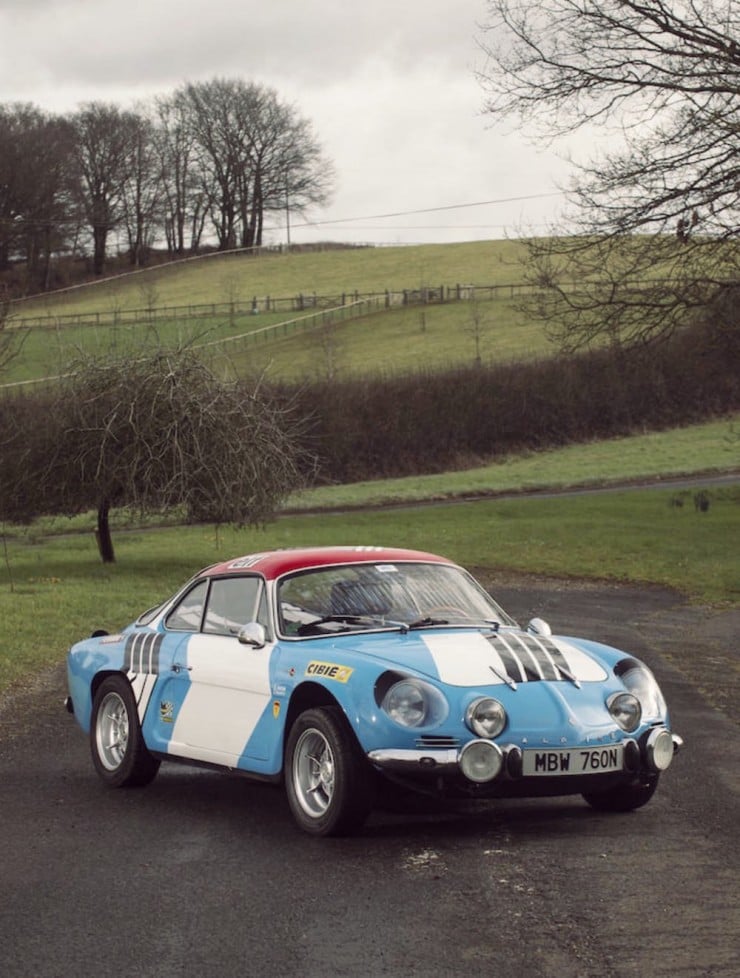 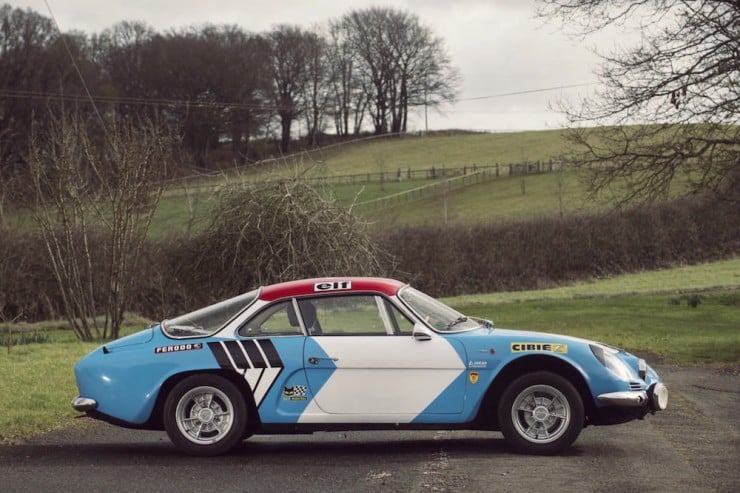 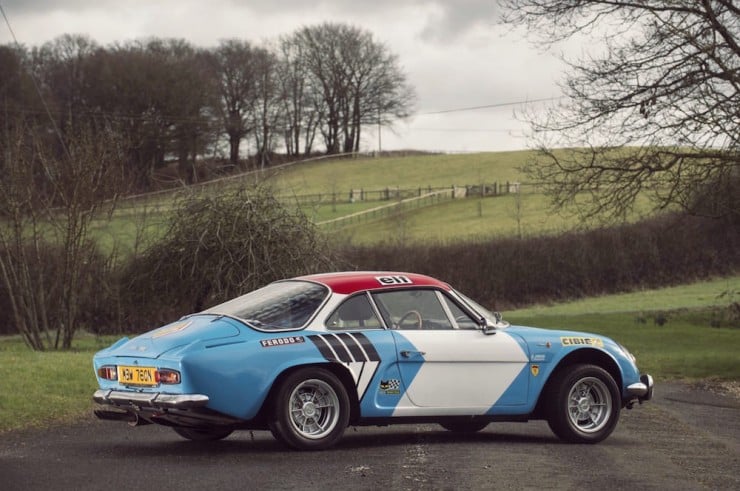 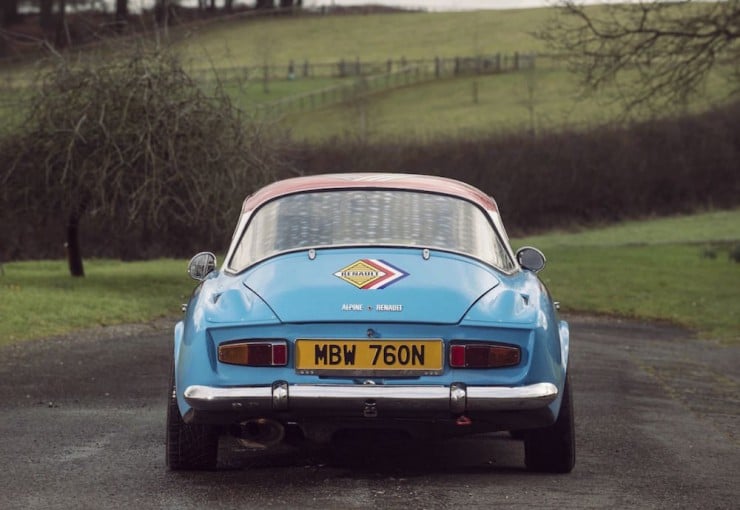 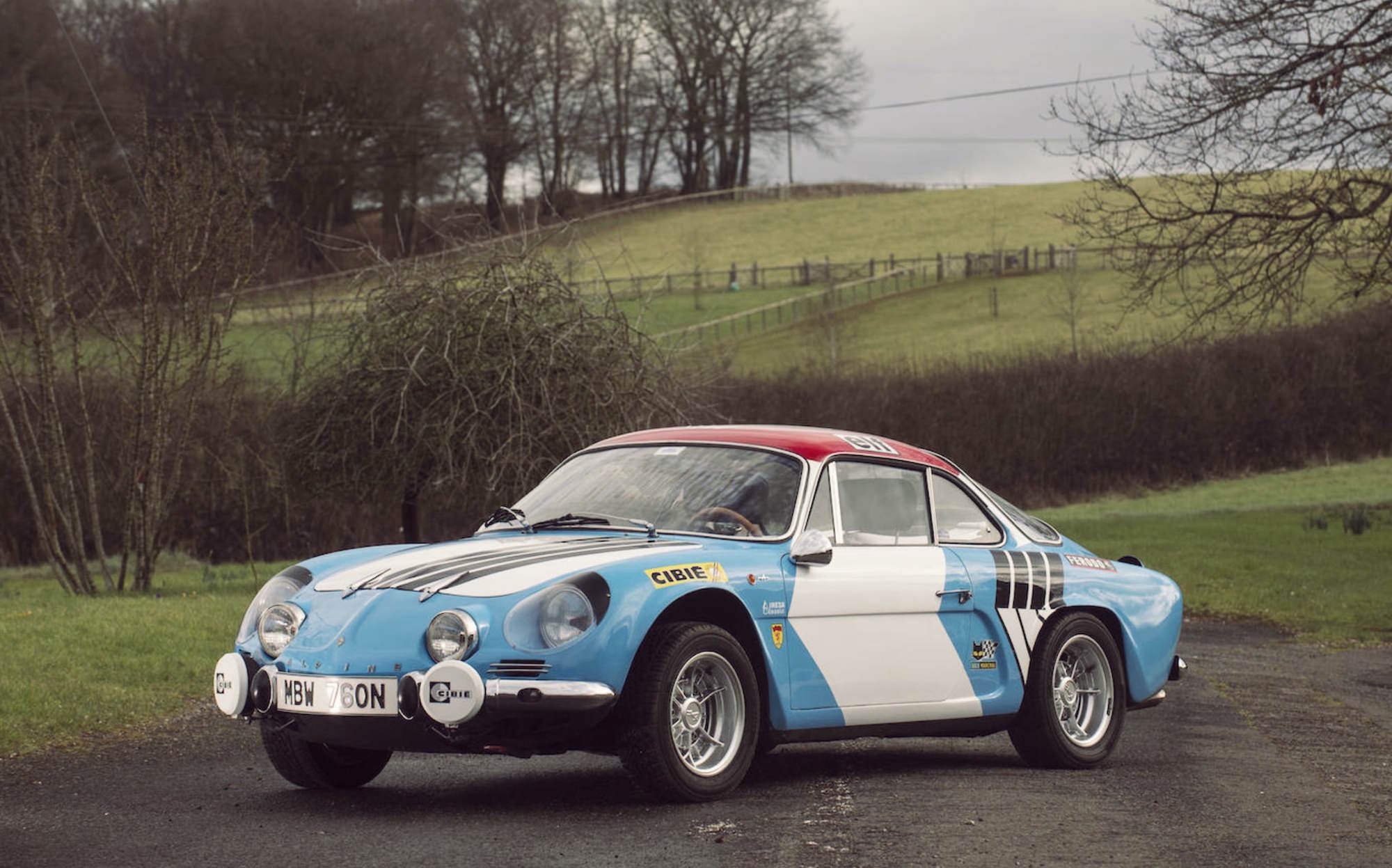