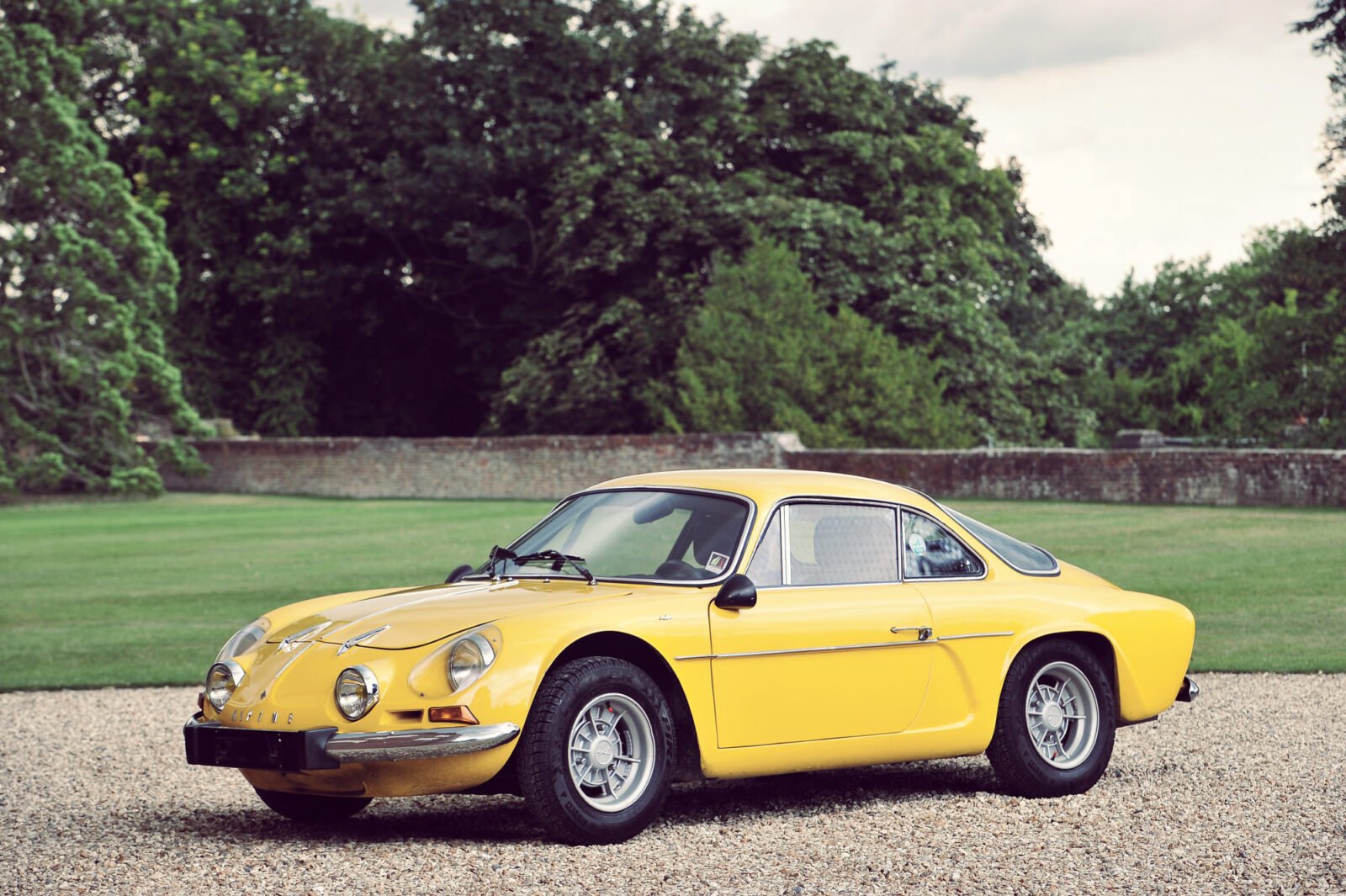 The Alpine-Renault A110 is remembered for two things, it’s beauty and its extraordinary rally abilities. The model had quite a long life for a sports car, it was introduced by the small French marque Alpine in 1961 and continued production until 1977 – it even saw parallel production lines running in both Mexico and Bulgaria at one point midway through its lifespan.

Alpine was acquired by Renault in 1973 but this was no great surprise, Alpine cars had always used a broad range of parts from the Renault catalogue and the two companies had always been closely aligned – in fact the only significant change to the A110 during this time was that its name went from being the ‘Alpine A110’ to being the ‘Alpine-Renault A110’.

A large part of the car’s success was down to its remarkably light weight, it tipped the scales at ~700kgs/1540lbs (depending on engine choice) which made it perfectly suited for the challenges of European rally stages. The more notable victories of the A110 include the 1971 Monte Carlo Rally, the top 3 positions in the Coupe des Alpes rally of 1969 and the World Rally Championship in 1971 and 1973. 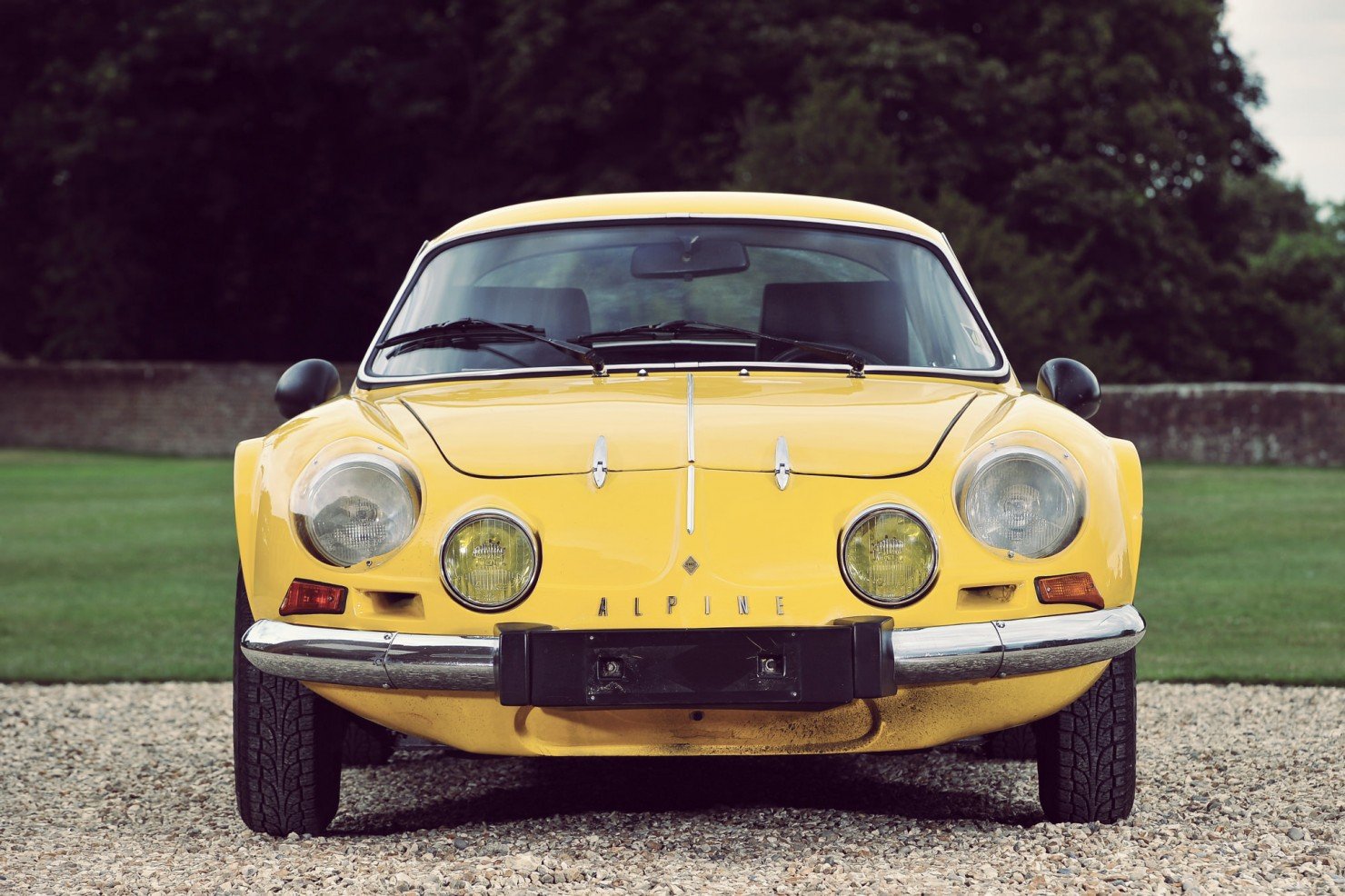 The model you see here is powered by the popular 81bhp, 1289cc inline 4-cylinder Renault engine with a single Weber carburettor, this fed power to the rear wheel via a 5-speed manual transmission and stopping was achieved using the 4-wheel disc brakes.

Much has been written about the styling of the Alpine A110, there’s little argument that it’s a stunningly beautiful car – the only drawback is that the lightweight fibre glass bodies don’t tend to age well and require careful maintenance to stay in good condition. That said, at least body rust isn’t likely to be an issue.

The design was the work of Giovanni Michelotti, an Italian automobile designer that was perhaps more prolific than any other throughout the 20th century. Michelotti designed for Ferrari, Triumph, Lancia, Maserati, British Leyland, BMW, Scammell, DAF/Volvo, Alfa Romeo, Fiat, Reliant, Hino and Matra. If you take a close look at his designs for Triumph – namely the Triumph Spitfire 4 Mark 2 and the Triumph GT6, you’ll see hints of their relation to the Alpine A110.

This particular A110 is being offered for sale by RM Auctions at their London Sale on the 8th of September 2014, its estimated hammer price is between £40,000 to £50,000 – making it a remarkably affordable entry into the Historic Monte Carlo Rally, for those so inclined. 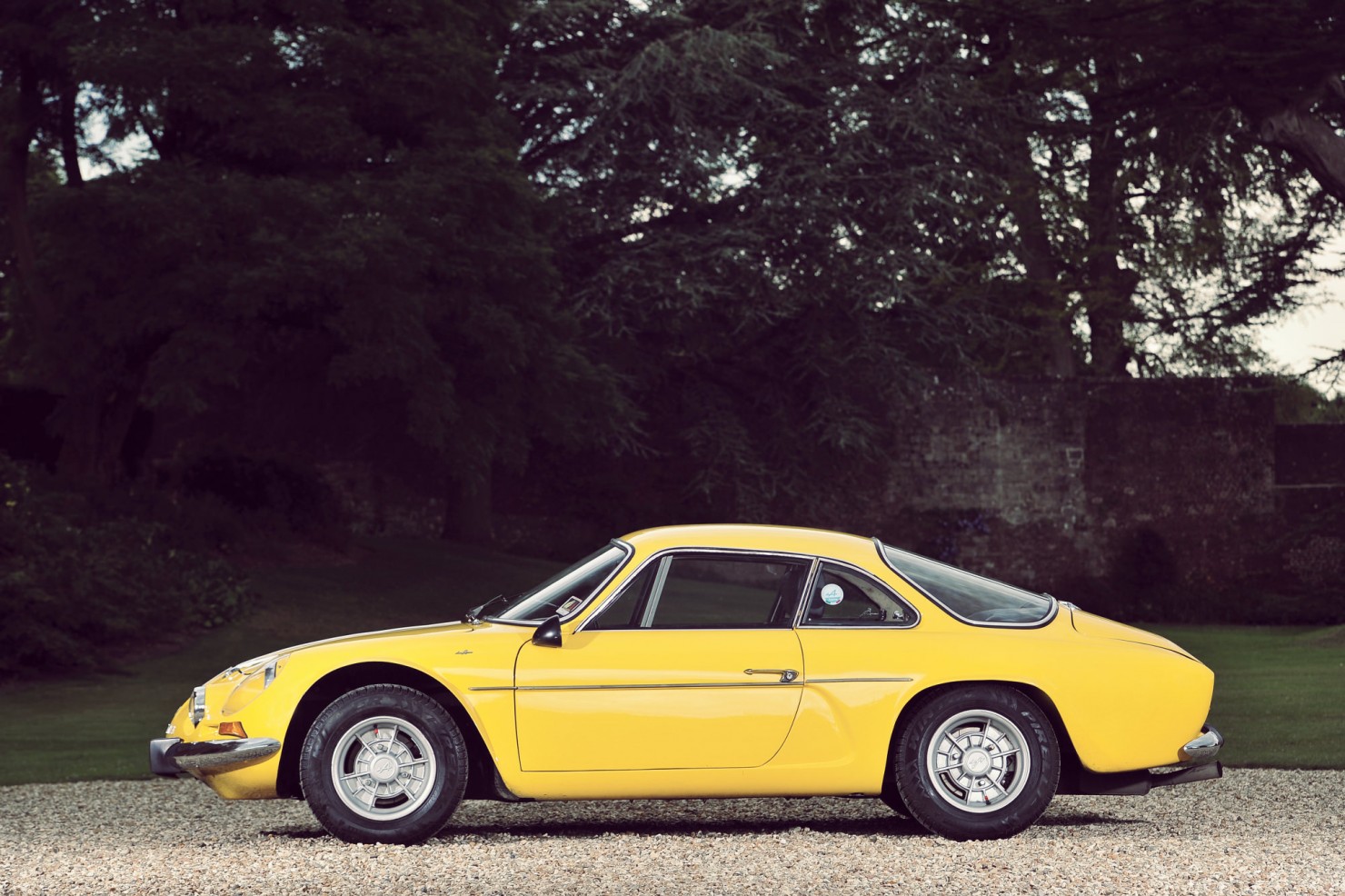 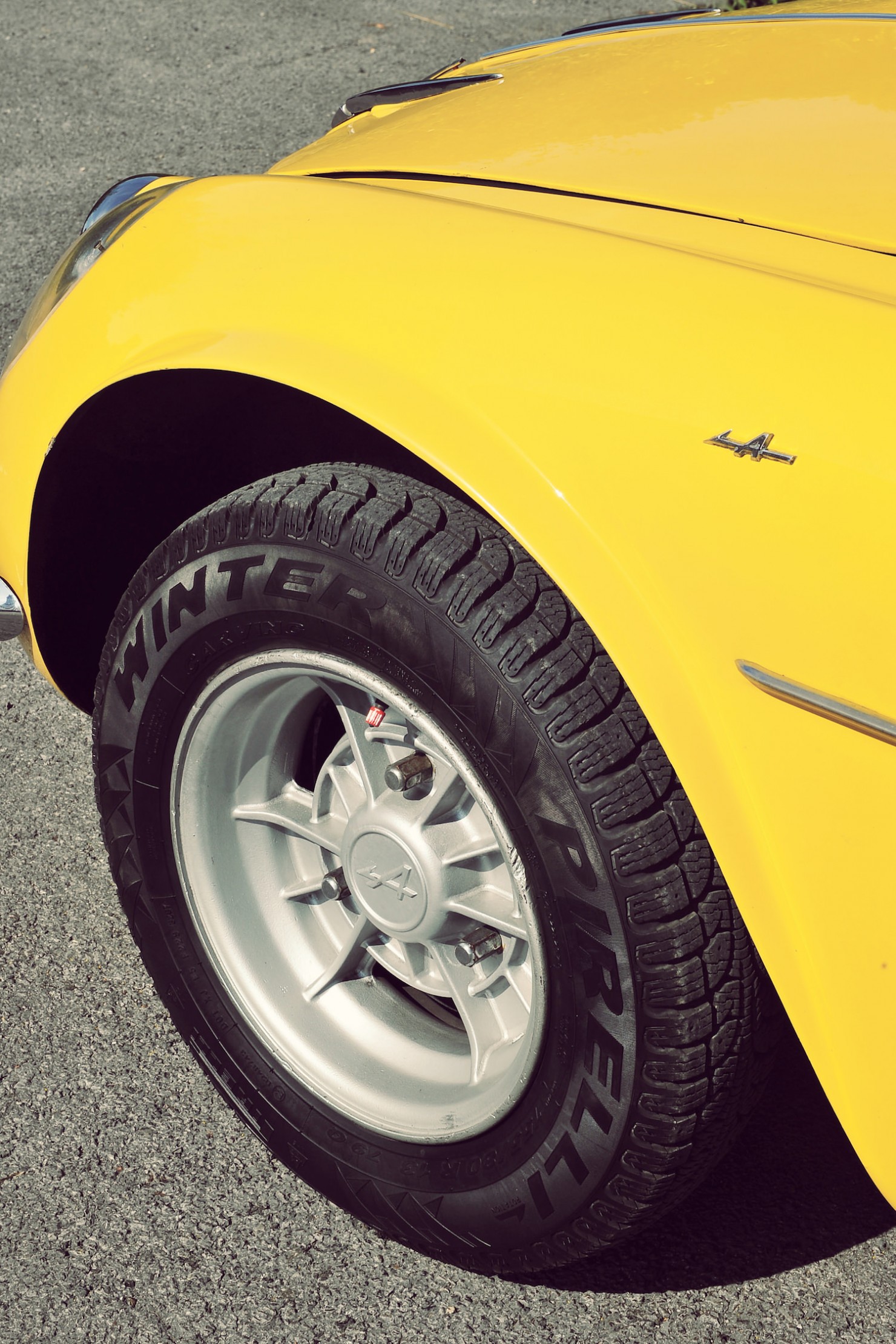 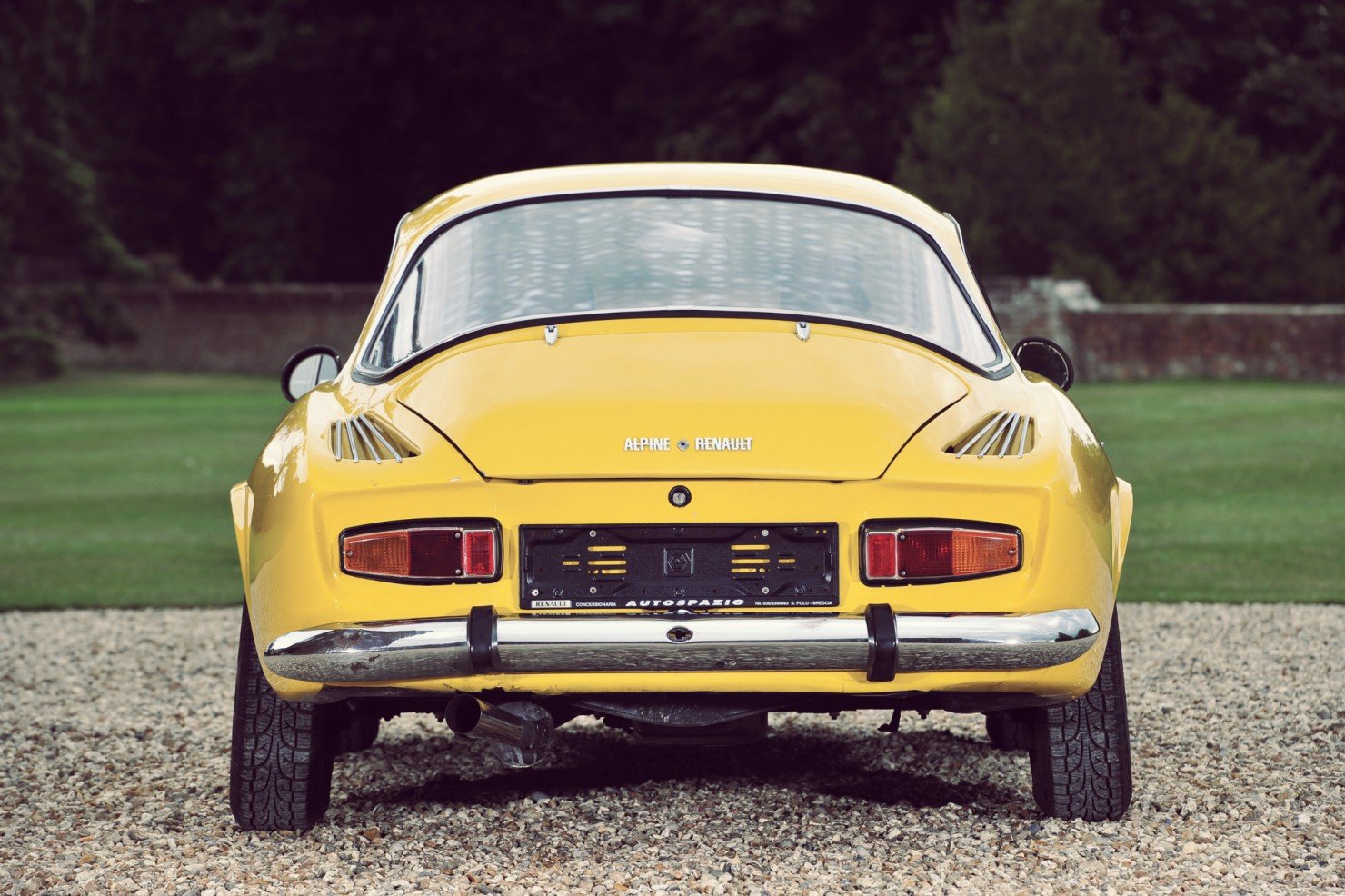 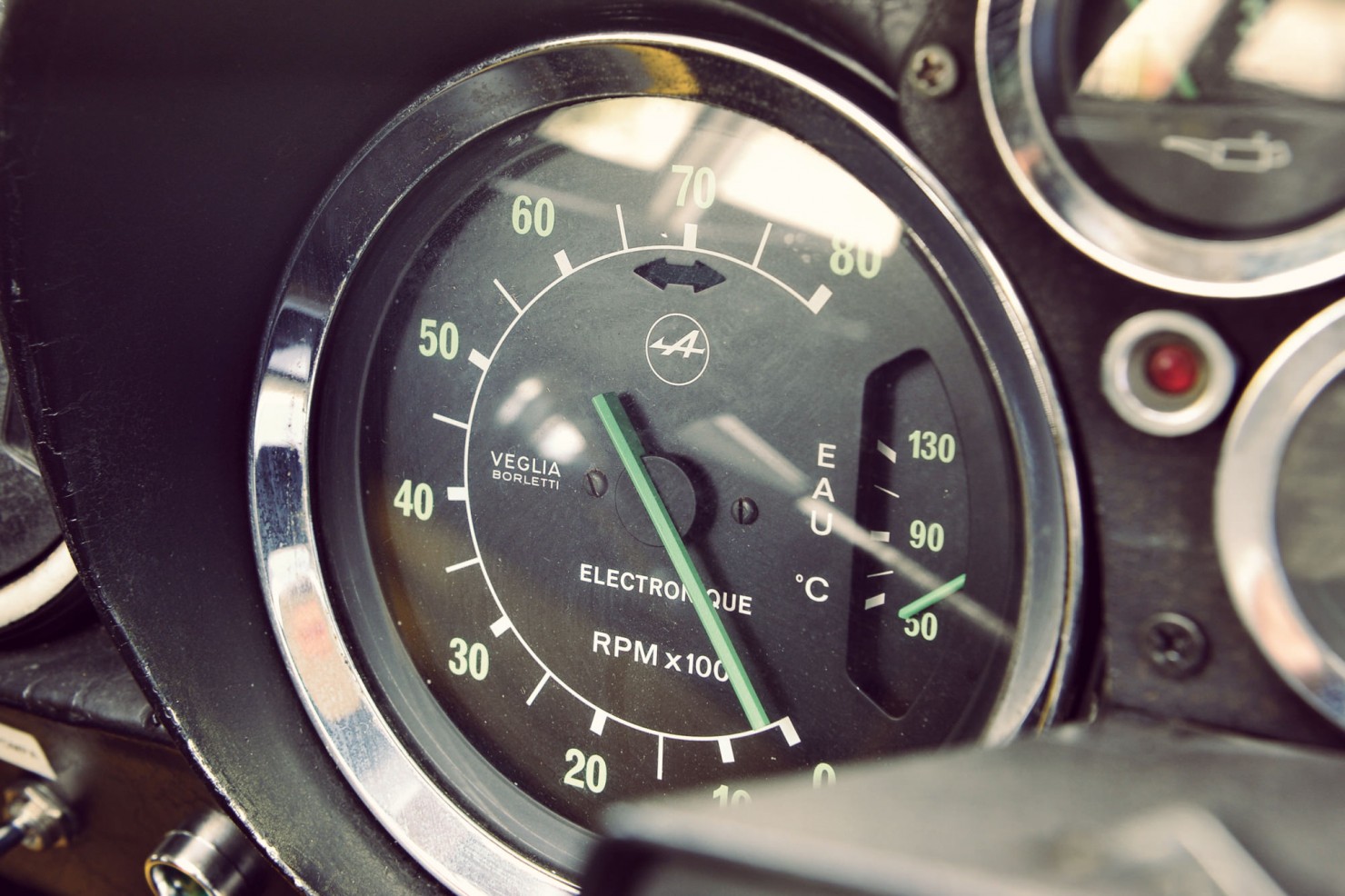 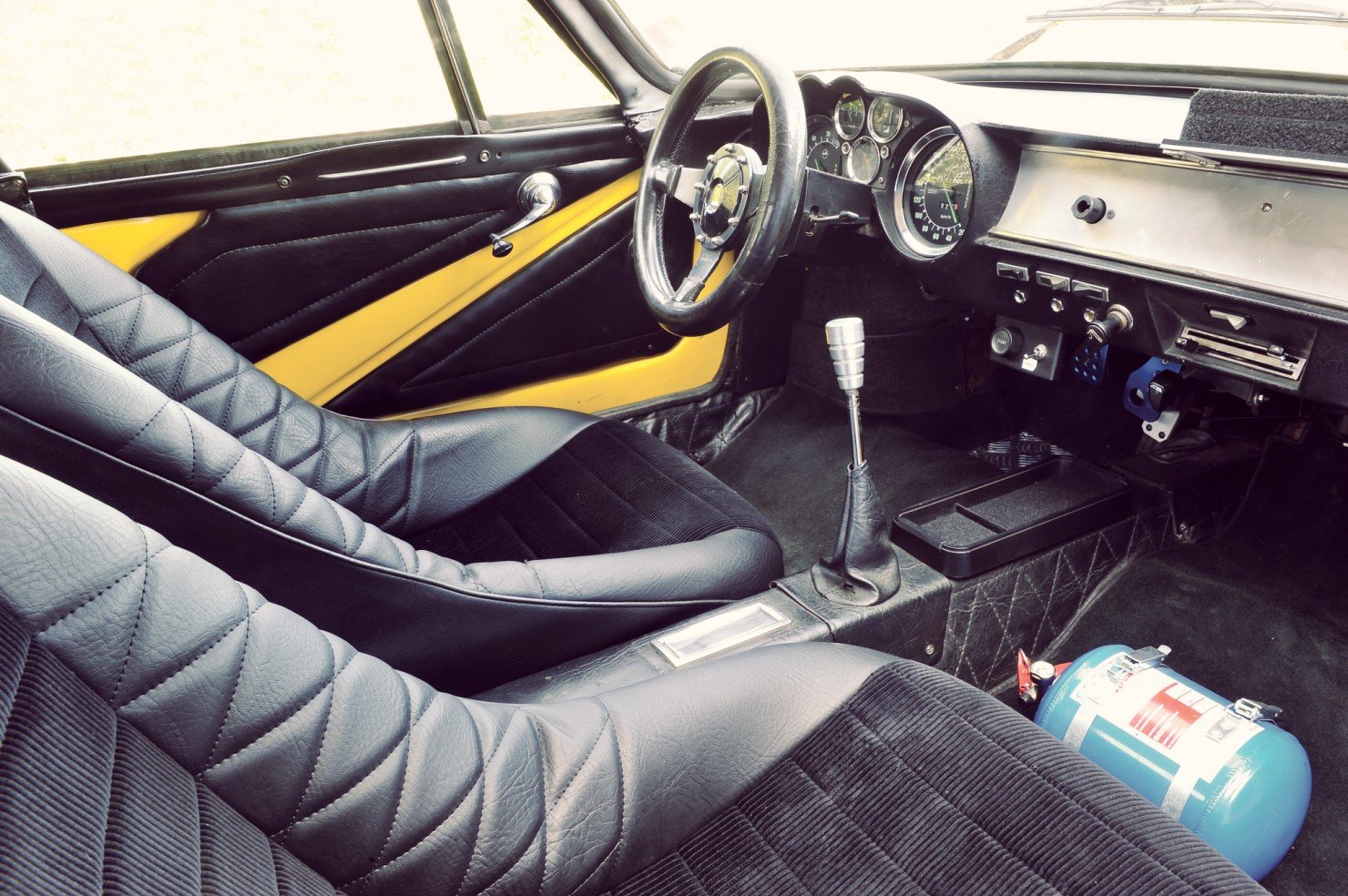 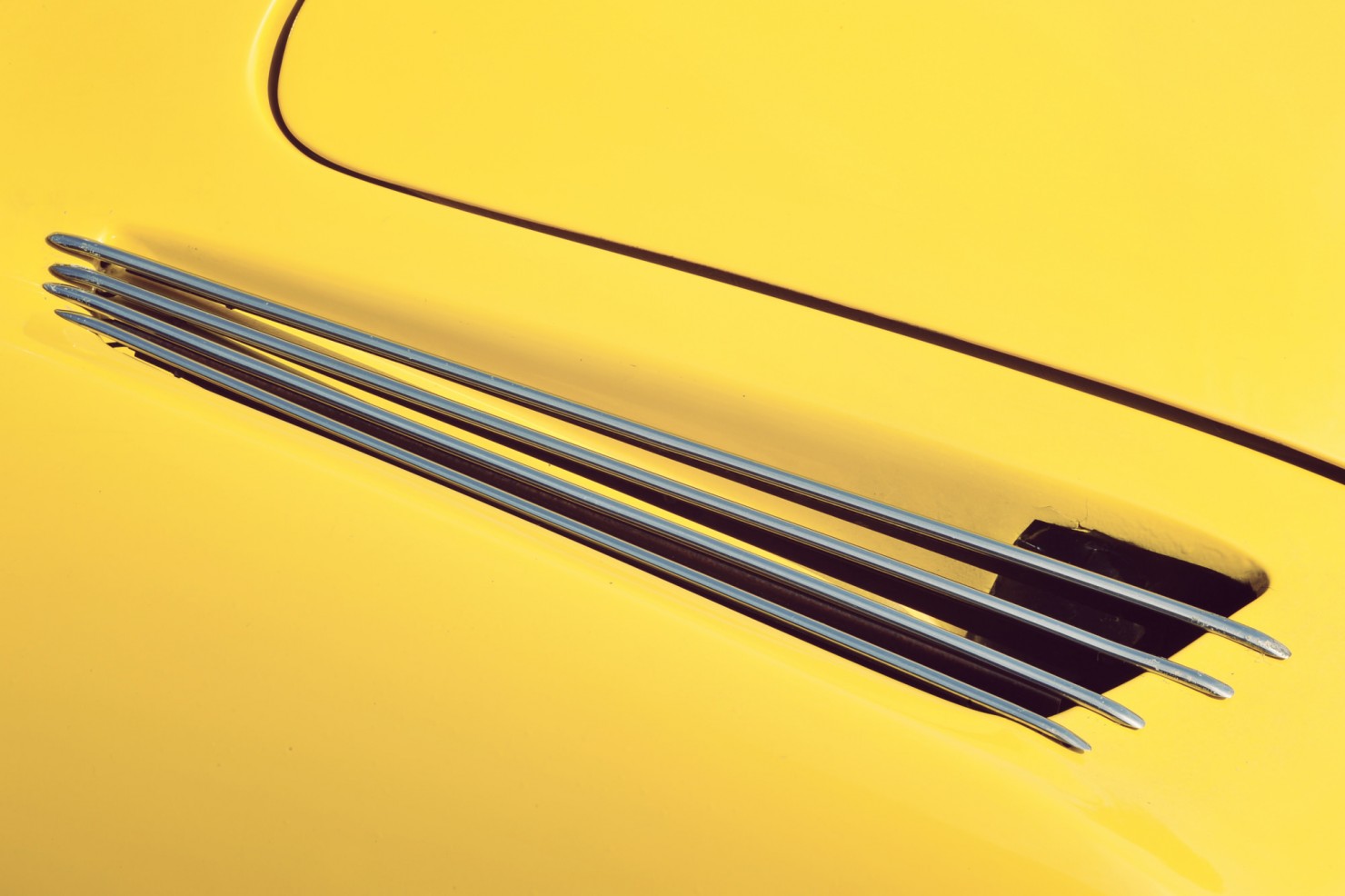 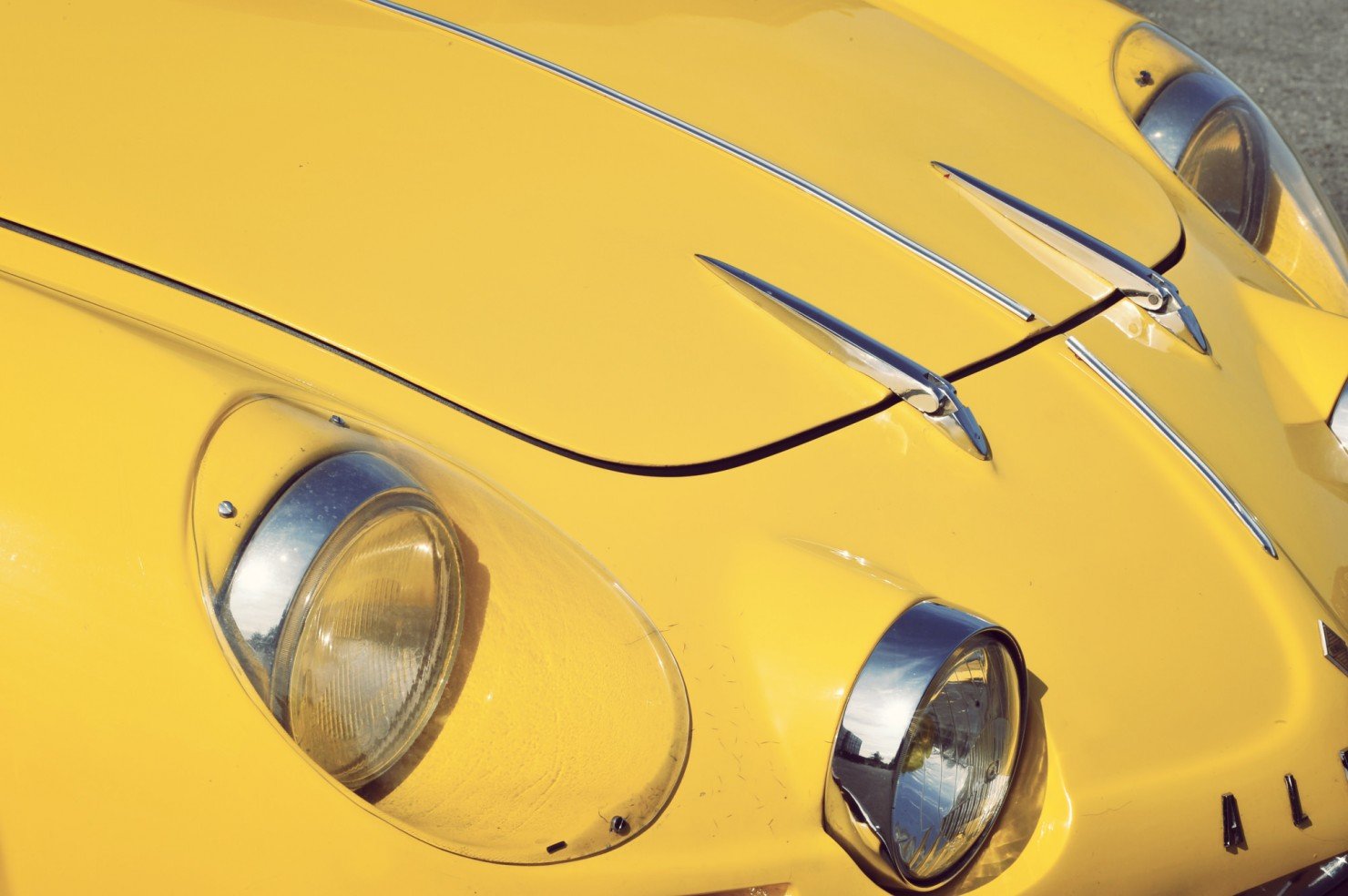 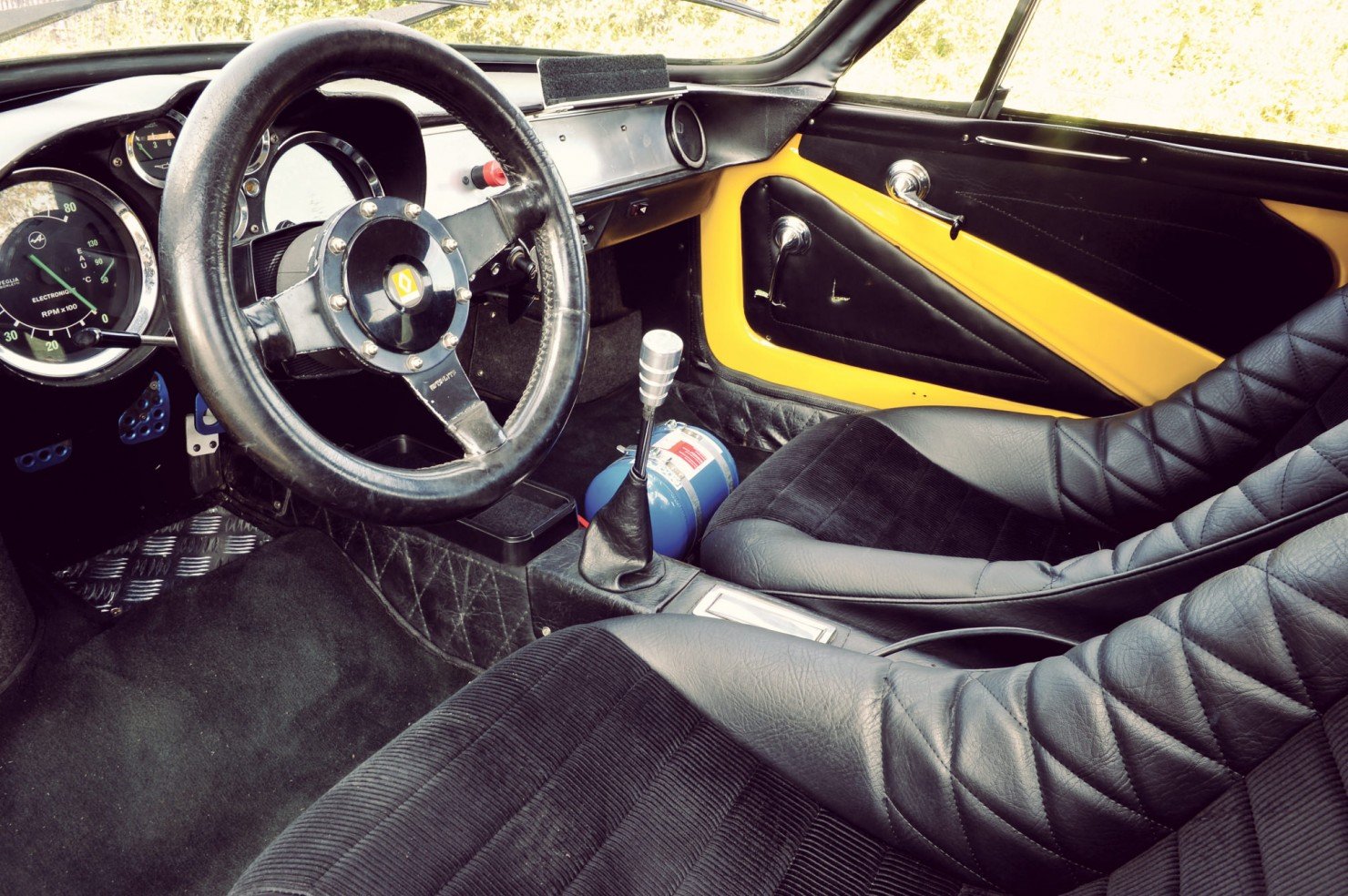 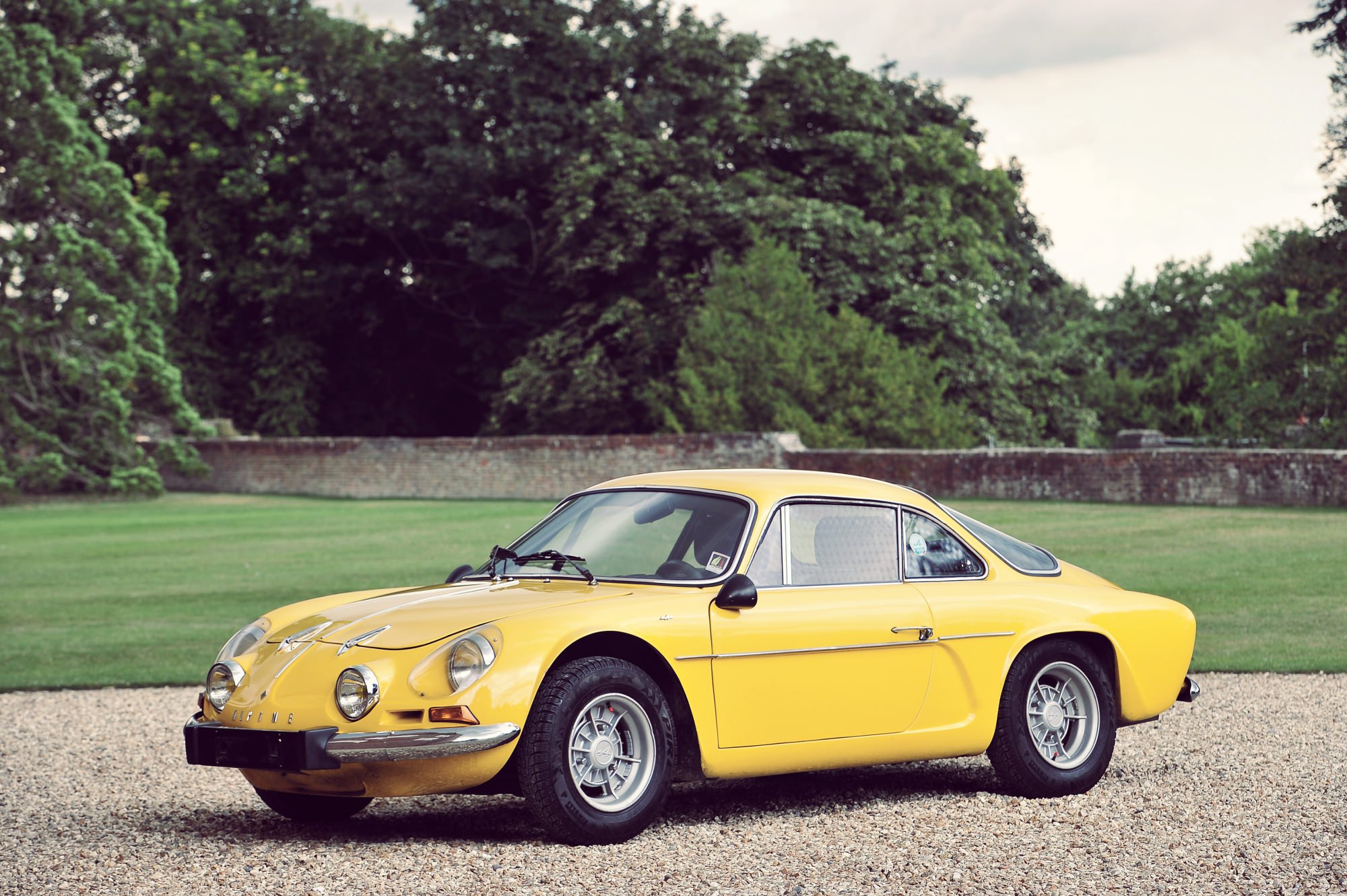