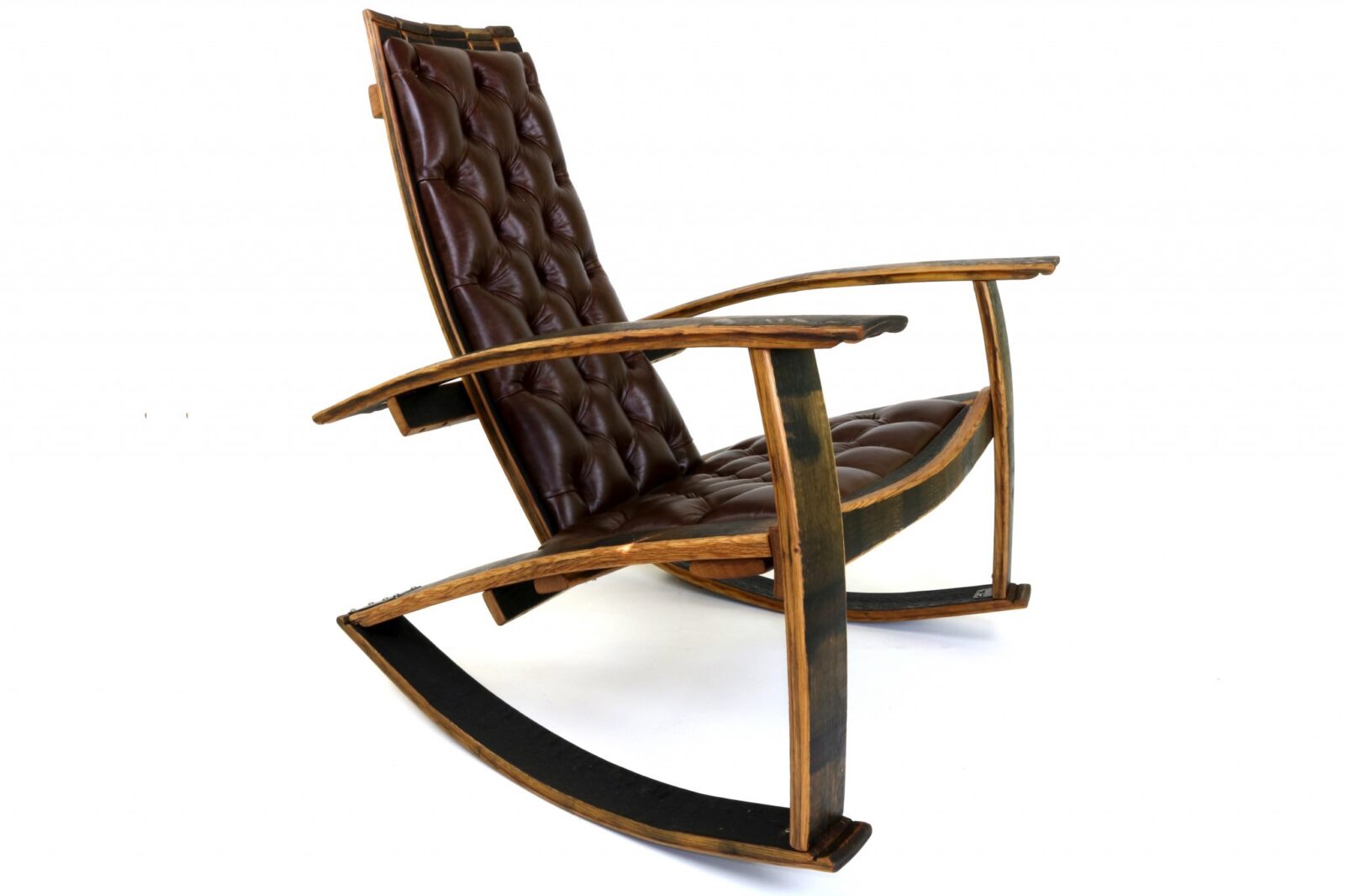 The Recurved Rocker is a traditional rocking chair made from reclaimed bourbon barrels. 100% of the wood used in the construction of each chair is sourced from used barrels, and you can still see the curvature and charring on the wood.

The chairs are the work of Balazs Moldovan, a native of Miskolc, Hungary who migrated to the United States when he was a child. Balazs always loved working with his hands, and in the United States he found his way into the construction industry.

The Great Recession of 2008/2009 saw Balazs get laid off with countless others across the country, he decided to get back to his first love – woodworking. Within a short time he was building barrel chairs for the Stone Brewing Company, and the rest is history.

Each Recurved Rocker is made by hand, a used bourbon barrel is carefully disassembled into its constituent planks which are then cleaned and prepared. Balazs makes a point of keeping the original patina on the wood to showcase its previous life in the distillery.

The upholstery is full-grain Italian leather, it’ll develop its own character over the years and no two chairs will ever be quite the same. When ordering you can choose from a variety of leather finishes including Sangria, Stout, Merlot, Espresso, Scotch, Riesling, and fittingly, Bourbon.

With an MSRP of $1,395 USD the Recurved Rocker isn’t cheap, but it’s designed to be a piece of heirloom quality furniture that wouldn’t look a whisker out of place in living rooms from Manhattan to Mayfair. 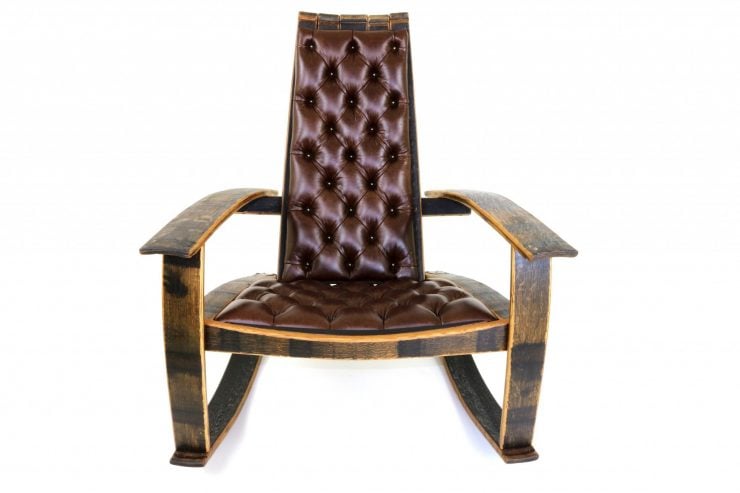 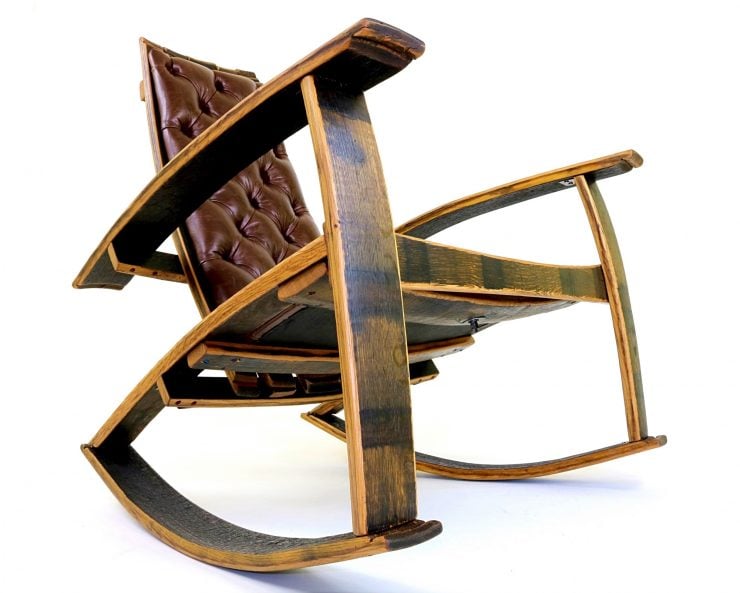