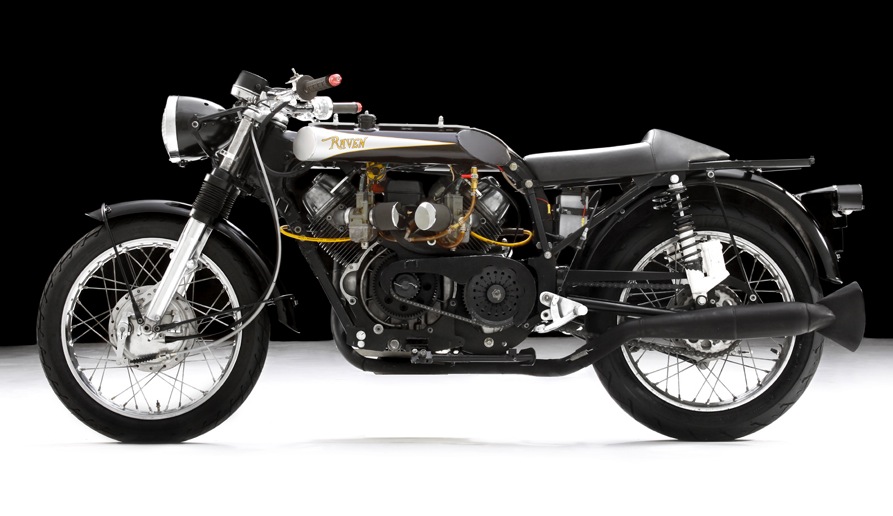 Raven MotoCycles is a boutique custom motorcycle garage run by Jeff Gundlach, the overall design employed by Raven clearly harks back to the glory days of the Brough Superior and early Sunbeam models with perhaps a little boardtracker styling thrown in for good measure.

Each bike is hand built by Jeff to customer specifications, this model has a Moto Guzzi 750cc power plant out of the venerable 1971 Ambassador and has the wheels, brakes, swing arm, steering stem and forks from a 1968 Honda 350. 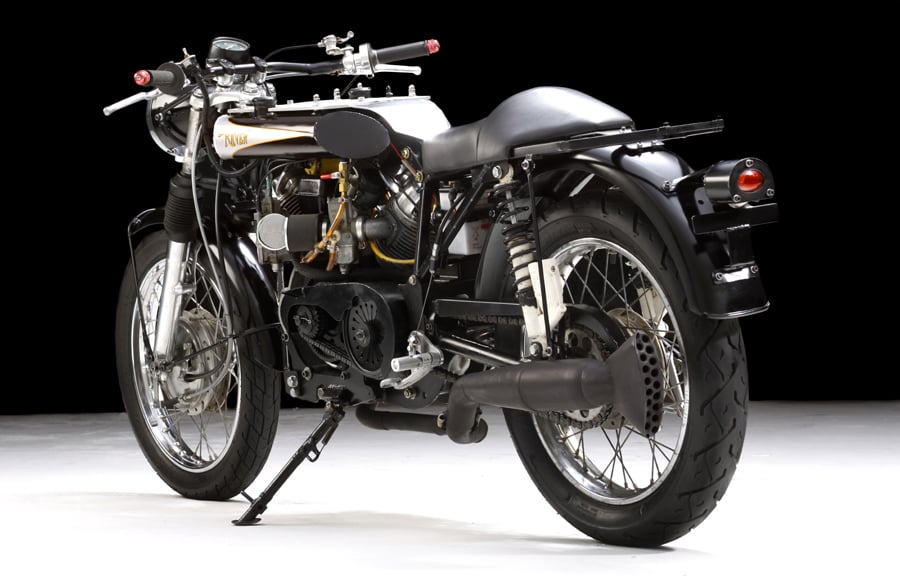 The transmission is a Norton 4 speed and the frame, tank and 2 into 1 exhaust are all one off designs, handbuilt by Jeff for this bike. In future he plans to offer 3 models under the Raven MotoCycles moniker, there’ll be 750cc, 850 and 1000cc models, all with vintage Moto Guzzi power trains.

This bike is the first for Raven and was summarily snapped up within days of appearing on eBay, Jeff has big plans for the future of the marque though and we’ll be paying close attention to the creations that roll out of his garage. 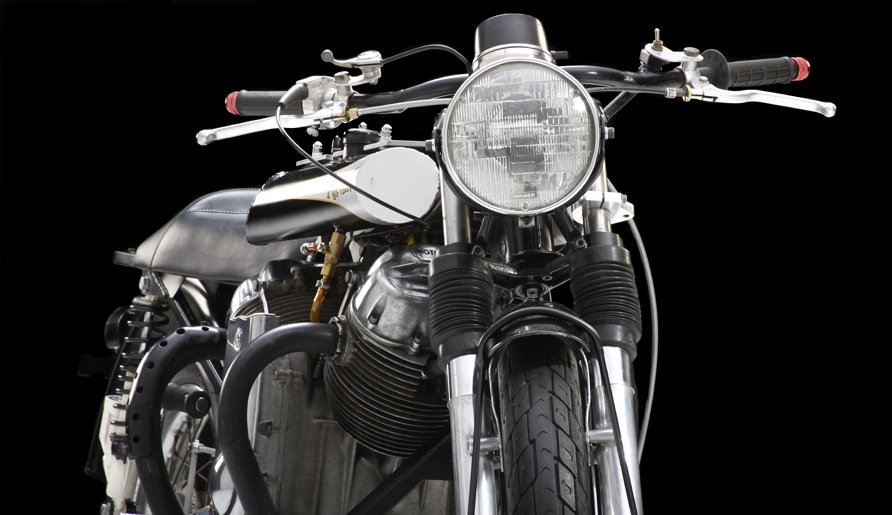 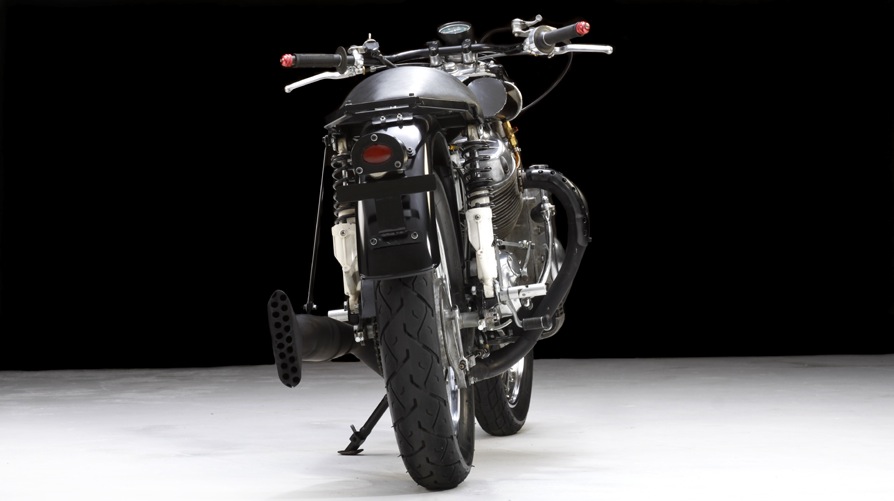 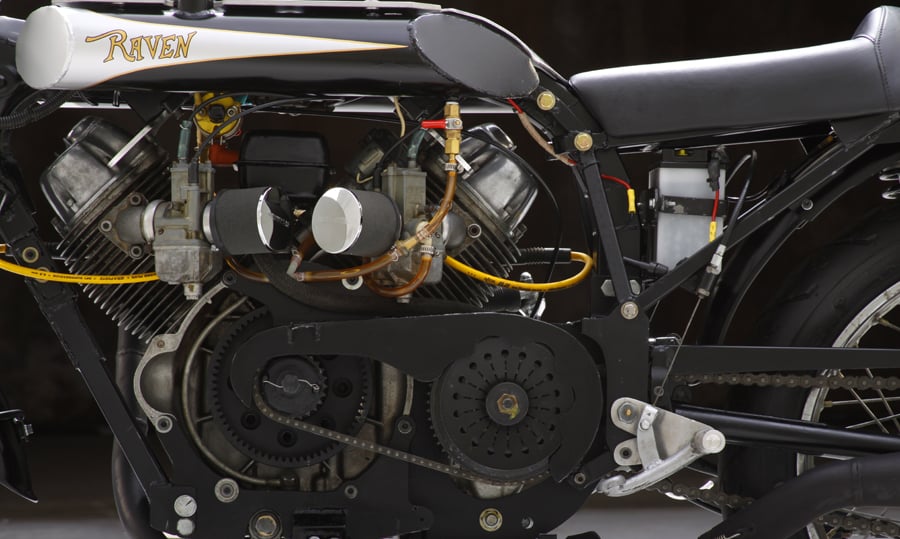 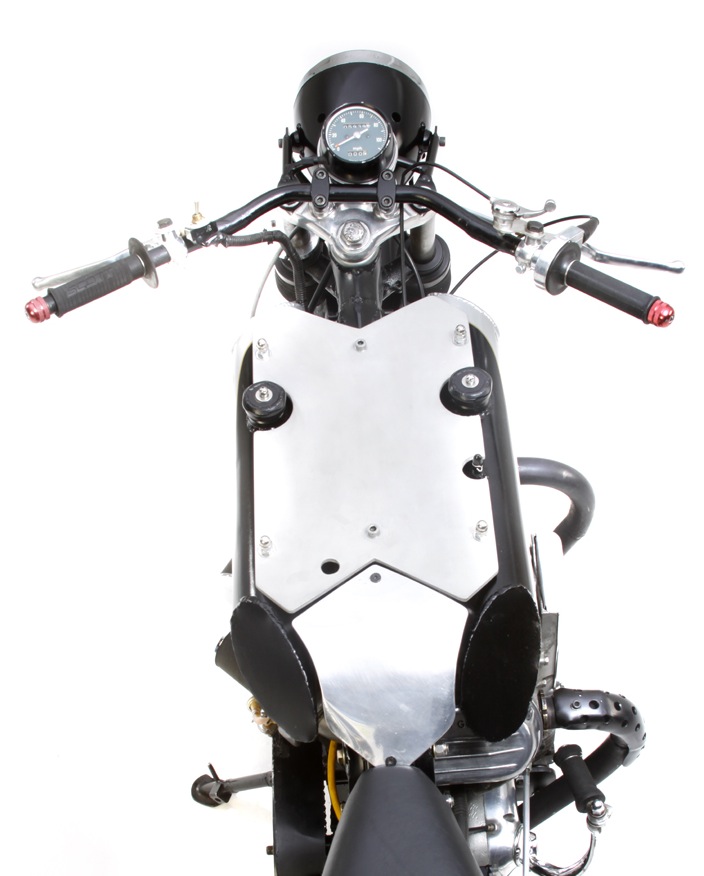 Via The Kneeslider and Raven MotoCycles. 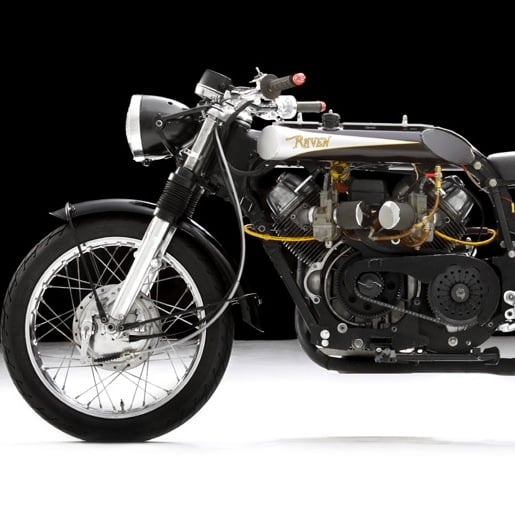