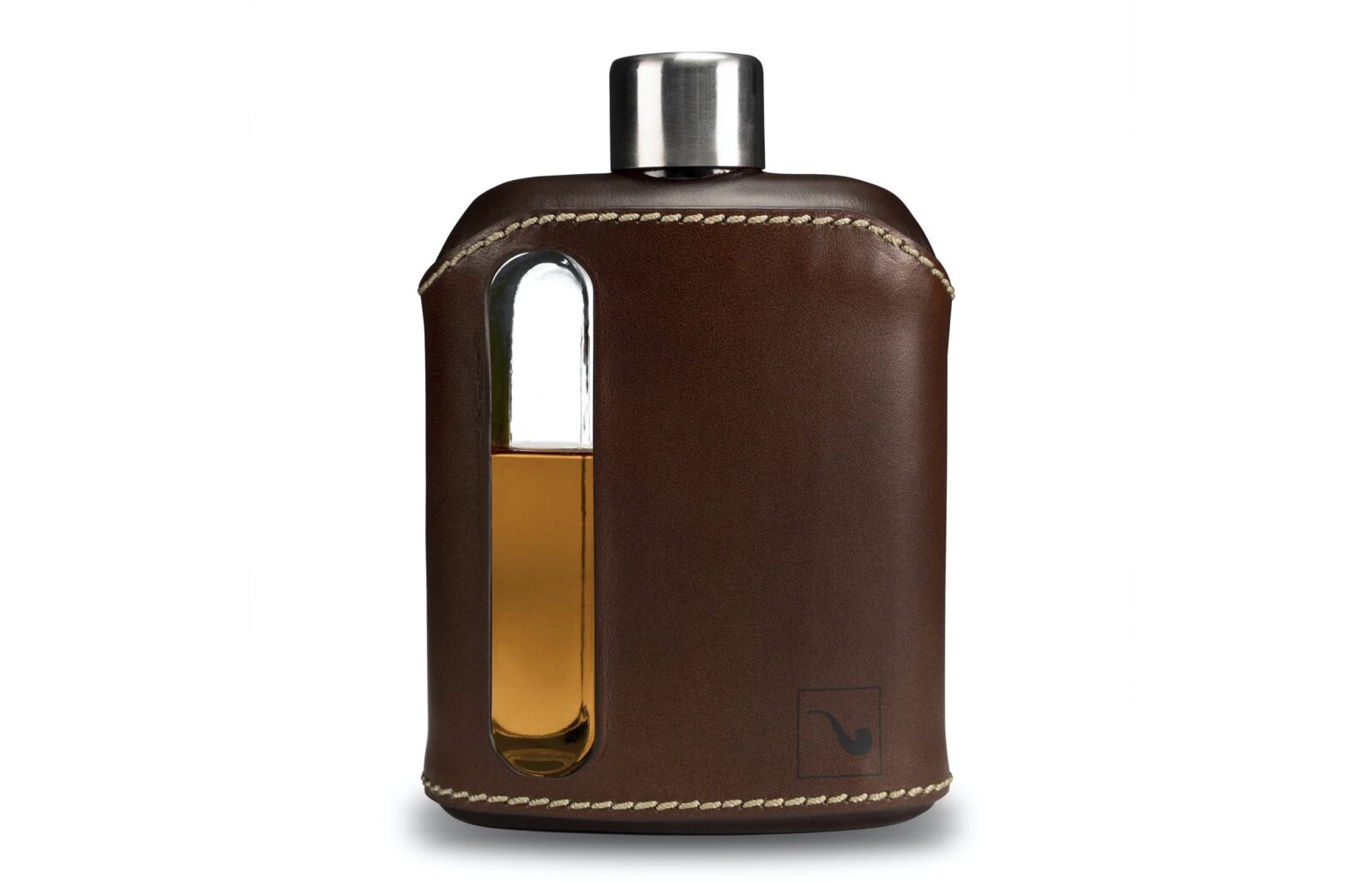 This is the Ragproper Leather + Glass Flask, it’s made from heavy-duty glass that resists bumps, drops, and mishaps, and its rich brown leather cover helps to protect the glass – it also develops an individual patina over time.

Ragproper is a company that was founded specifically to bring back the age of glass flasks, in times gone by glass was actually the most common material used for making flasks however this slowly changed as metal flasks became cheaper to make.

There are a few benefits and one key drawback to using glass to make flasks. The first benefit is that glass is completely non-reactive with alcohol, which is why glass bottles and tumblers are typically used to store and serve it. Secondly, a glass flask lets you check your whisky level at a glance, rather than having to guess by weight or open the lid and peer inside. 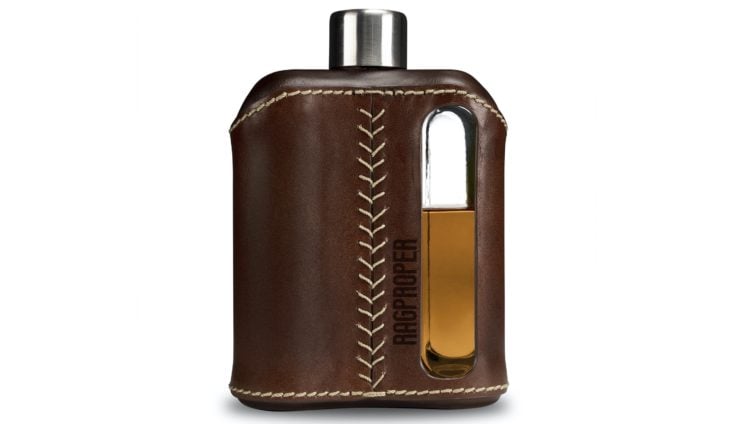 The key drawback to glass flasks is the fact they can break – so the team at Ragproper used an exceptionally tough variety of food-specification glass and wrapped it in a sturdy leather jacket to keep it safe, being sure to leave a window on one side that allows you to see how much you have left.

Each flask comes with one metal and one plastic lid, both with natural cork seals, it also includes silicone lid seal replacements for frequent use or alpine/low-temperature environments. Refills are easy thanks to the included vented silicone funnel, and the flask measures in at 240 ml capacity (8.11 ounces). 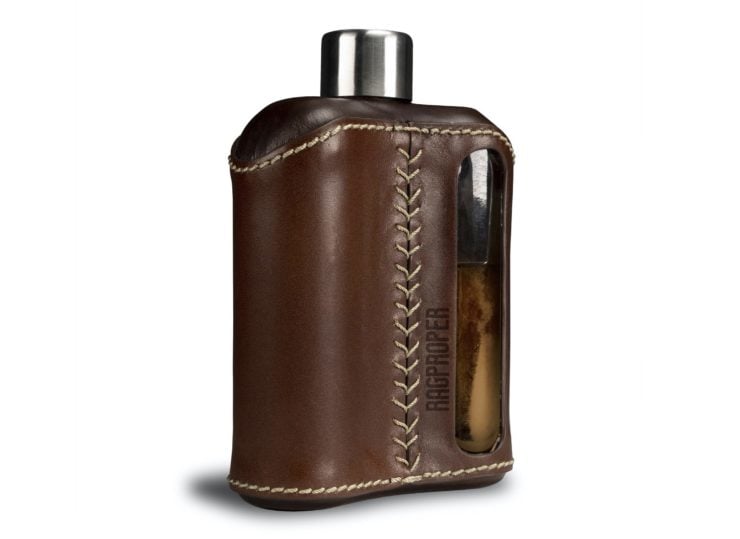 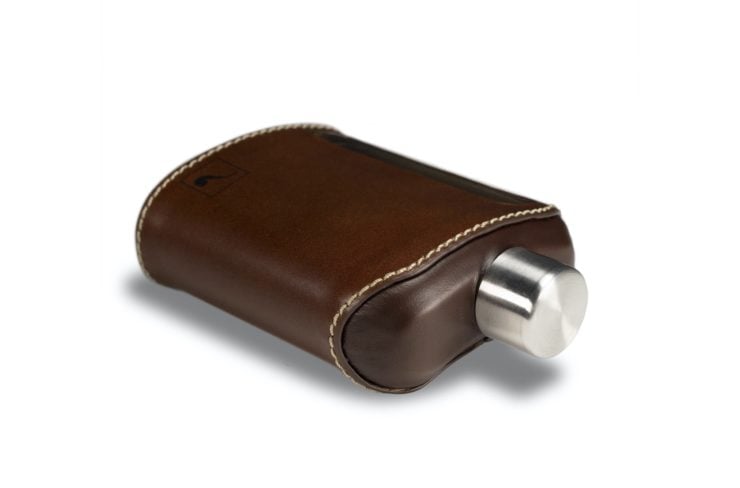 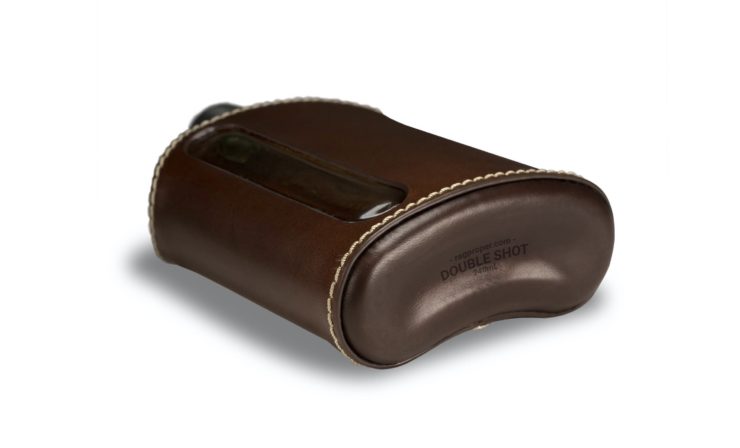 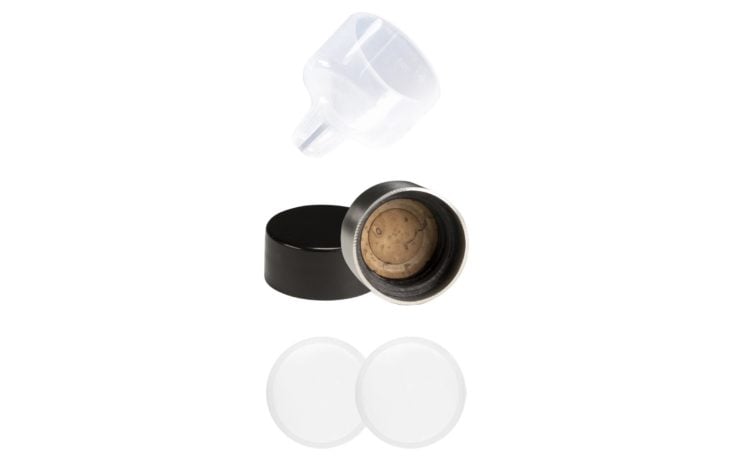