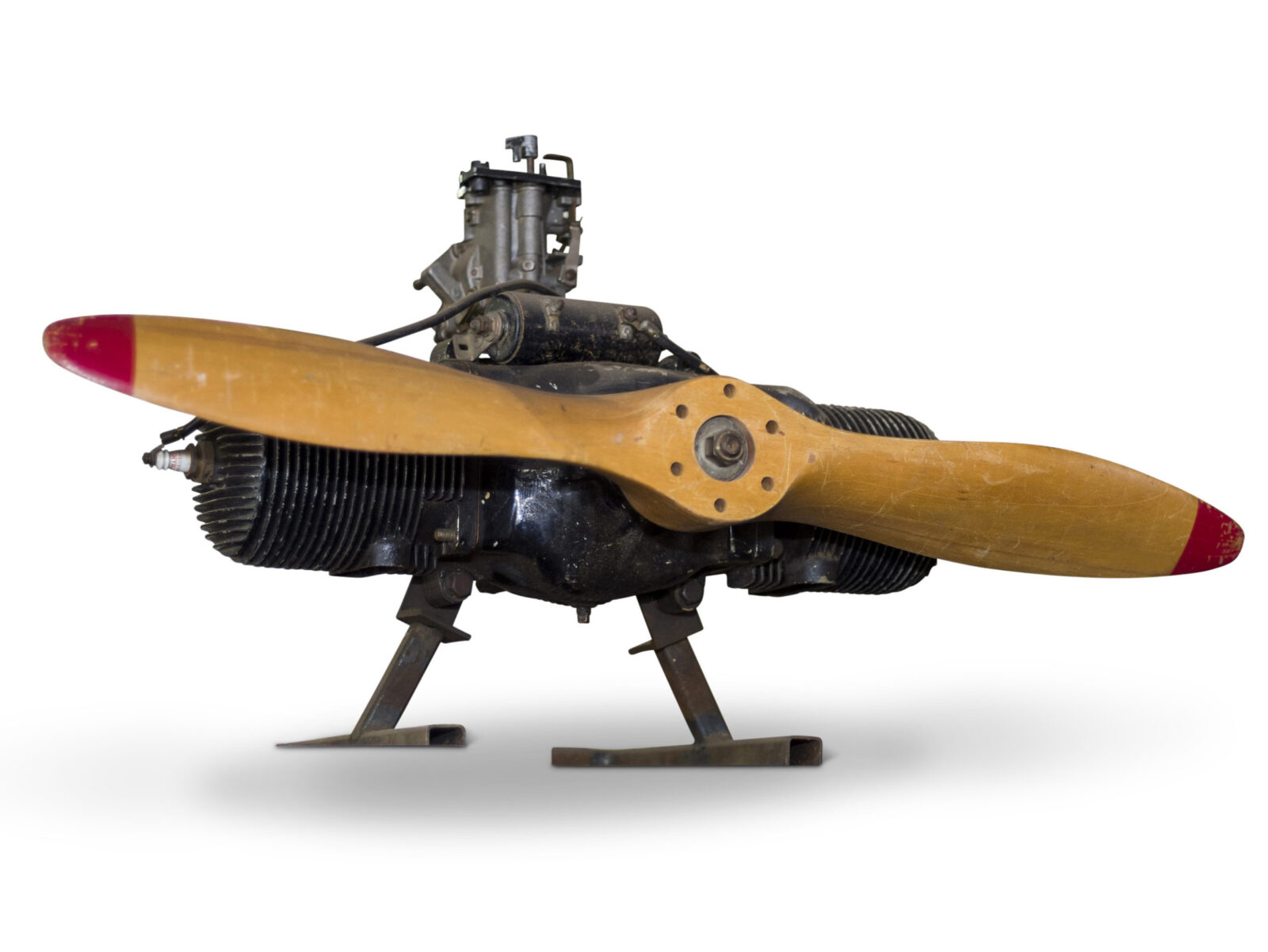 The story of the WWII-era Radioplanes can’t be told without mentioning that it was in the Radioplane factory that Marilyn Monroe was discovered, thanks in part to future US President Ronald Reagan who was then a US Army Captain working an an Army publicist.

The motor you see here is a Radioplane OQ-3 engine, this model was the most widely used target drone in service with both the US Army and US Navy during WWII – over 9,400 were built during the war and almost all of them were blown out of the sky by trainee gunners.

The OQ-3 was the direct descendent of the Radioplane OQ-2, this earlier model had counter-rotating propellers and was developed by Hollywood actor Reginald Denny on a design for a radio controlled model airplane by Walter Righter. Denny had been an observer/gunner in WWI in the Royal Air Force (RAF), he was an amateur boxing champion of Great Britain, and after WWI he became a famous actor and a stunt pilot, as well as a keen radio controlled aircraft hobbyist. 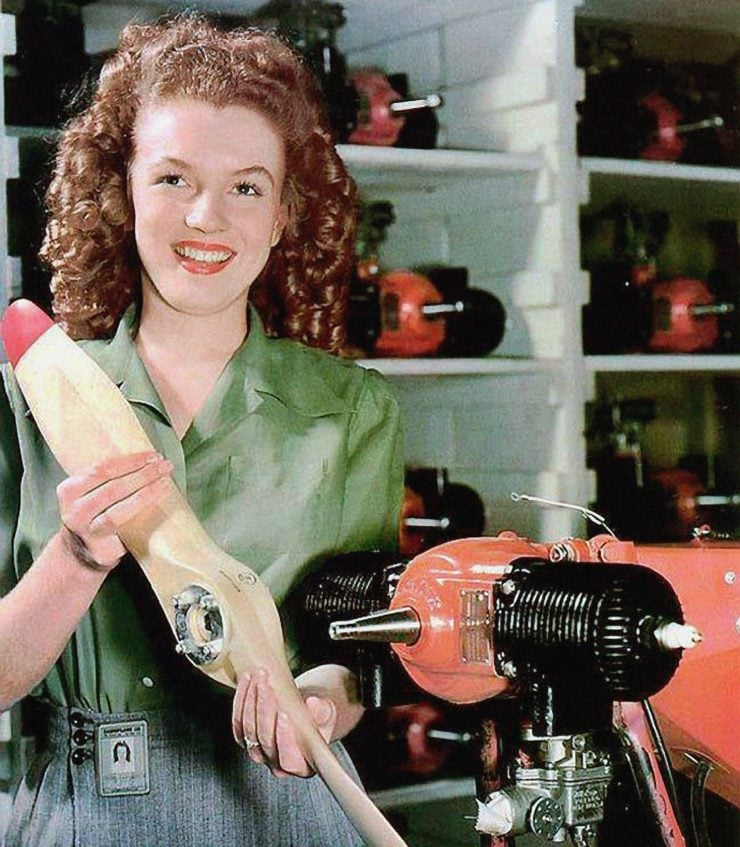 After the outbreak of WWII and with his experience as a gunner in the First World War Denny realised that large radio controlled aircraft would provide perfect training for a new generation of gunners. He demonstrated a number of models for the US military starting with RP-1 (which stood for Radio Plane #1), and in 1940 the US Army placed an order for 53 RP-4s.

Initial testing proved positive and the Army followed this order with a new request for thousands more of a new model called the RP-5. The RP-5 would be given the official military designation “US Army OQ-2” and it would be the first in a series of mass-produced UAVs or drones in use by the American military that continues to this day.

Interestingly in June 1945 an Army photographer named David Conover was assigned to go to the Radioplane factory and take photographs of the production processes, he was assigned by Army publicist (and future US President) Captain Ronald Reagan – who also happened to be a good friend of Reginald Denny.

While he was in the factory he spotted a young woman named Norma Jeane Dougherty who caught his eye, he took a number of pictures of her and encouraged her to become a model, she would later change her name to Marilyn Monroe and become one of the most famous models and actors of the 20th century.

Above Video: This film includes WWII footage of Radioplanes like the OQ-3 being shot down in puffs of black smoke from the deck of an aircraft carrier.

The Radioplane OQ-3 was designed to be cheap and fast to build, they were designed to be shot out of the sky after all. They weren’t fitted with any landing gear as they wouldn’t need to land if the trainee gunners had done their job properly, however some were fitted with onboard parachutes that could be deployed if the gunners failed so the drones could be reused.

Each Radioplane was launched from a rail and controlled by an operator on the ground, the aircraft had a top speed of 103 mph and service ceiling of 2,000 ft. The OQ-3 had a wingspan of 12 ft, a length of 9 ft, a total flight-ready weight of 97 lbs, and they were powered by an air-cooled, two-stroke Radioplane O-15-3 two-cylinder horizontally-opposed engine with 8 hp. The fuselage was tubular steel, the wings were wood, and the aircraft had a fabric covering.

Approximately 15,000 examples of all Radioplane model iterations were built during the war and they had a strong influence on UAV design going forward. Very few have survived due to the fact they were literally designed to be destroyed, so when original engines like this come up for sale they tend to attract quite a bit of attention.

This Radioplane OQ-3 engine is due to be auctioned by RM Sotheby’s in late September with no reserve, and at the time of writing there is no estimate. If you’d like to read more about it or register to bid you can click here to visit the listing. 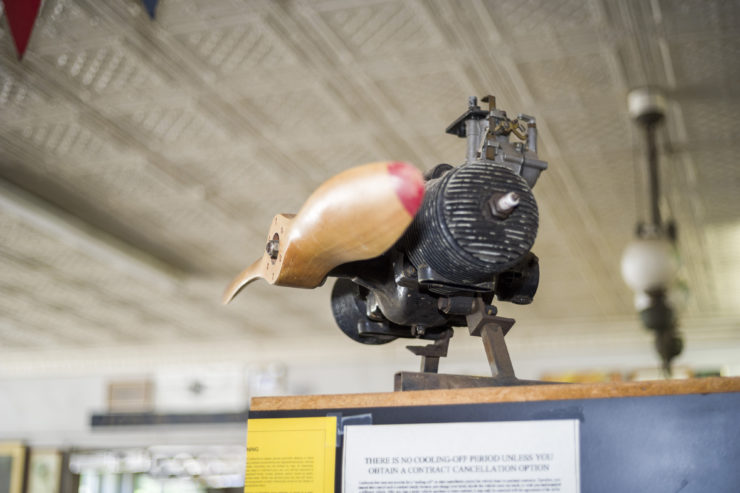 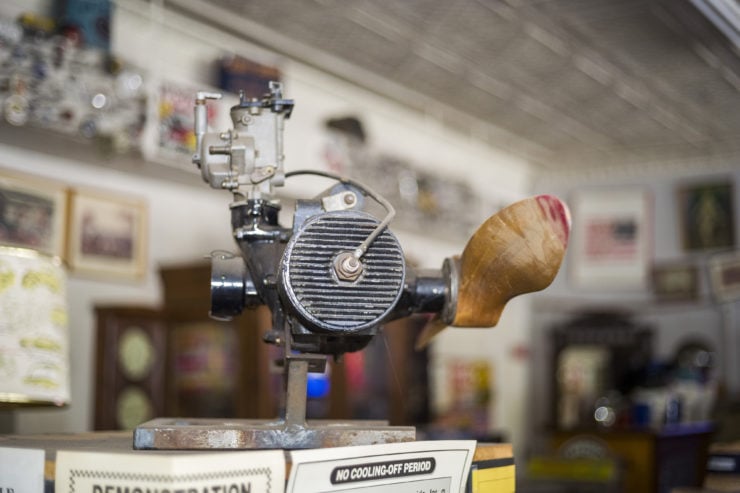 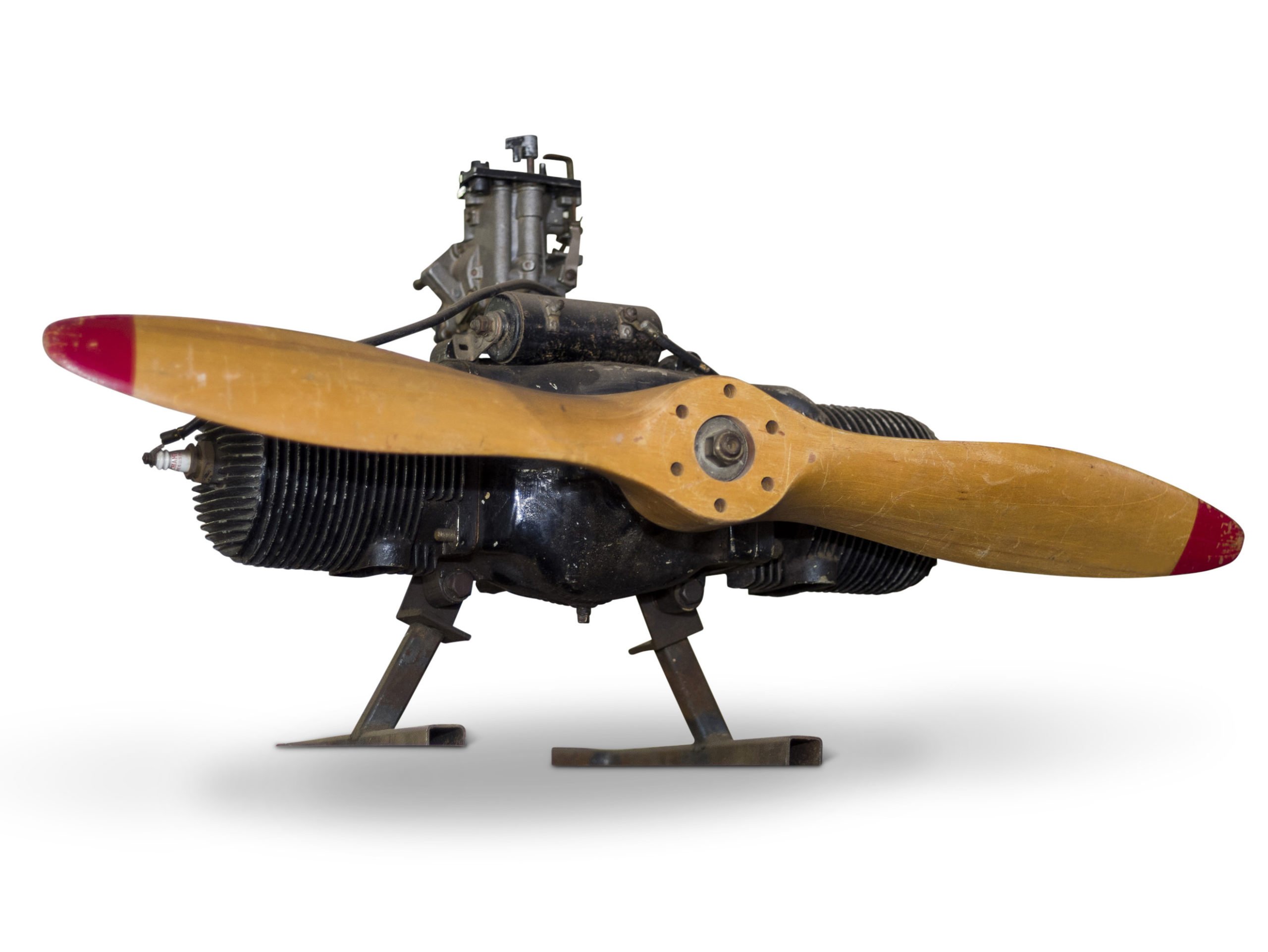