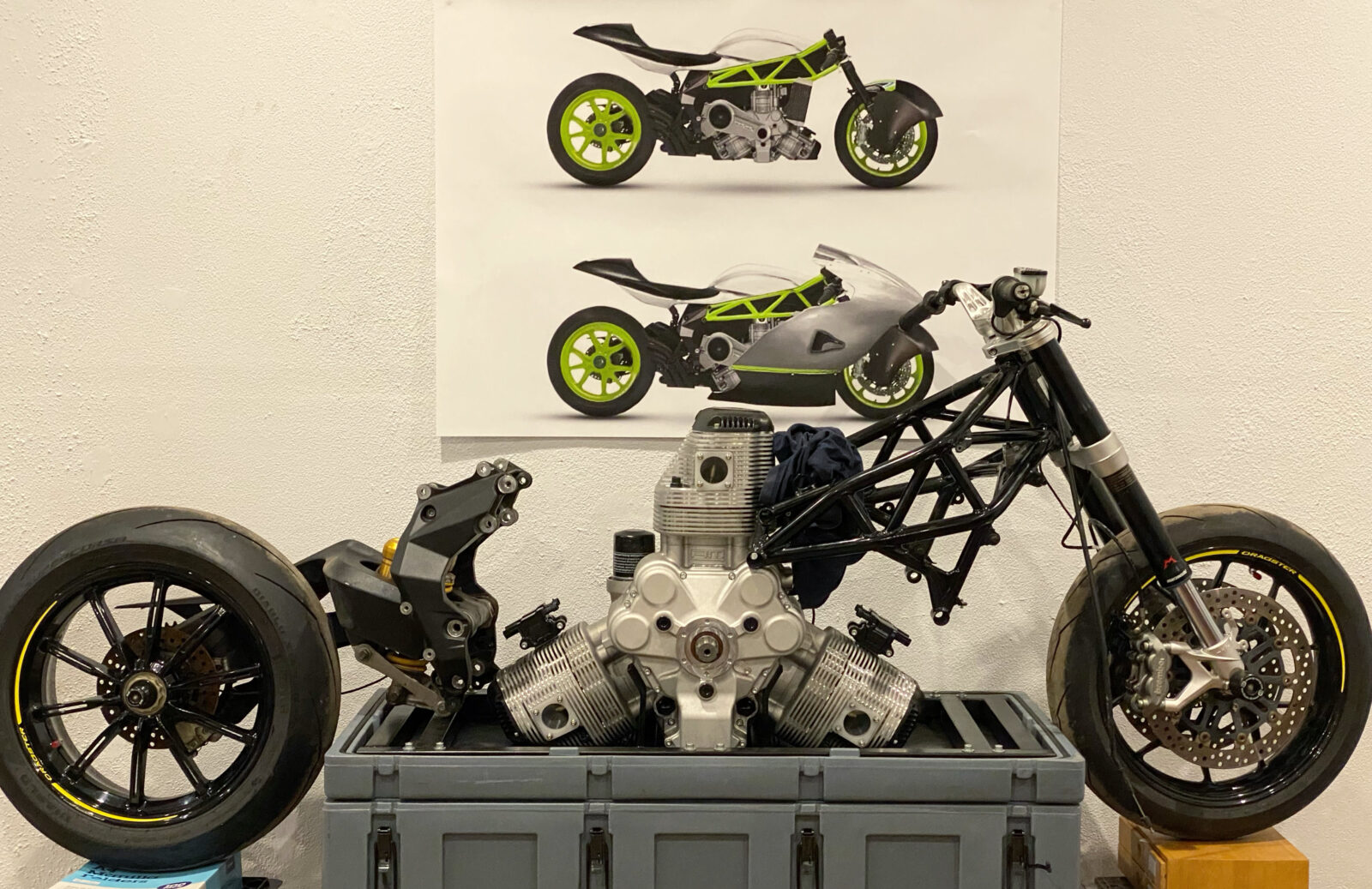 This is the first in a series of stories we’ll be publishing as we follow the progress of Sheppard Motorcycles, Kennedy Motorcycles, and Radial Motion as they build what they hope will become the fastest radial engined motorcycle in the world. This story was written by Noel Probert with the latter section by Matt Sheppard.

Sheppard Motorcycles and Kennedy Motorcycles combined in 2021 to set a record of 64.8 mph on a 1948 BSA 500cc machine as part of the Salt Monkeys race team.

Radial Motion has been developing their compact radial engine for aviation use over the past three years. The engine officially went into production in 2021 and has been tested and proven in the Adelaide Rally, powering a modified VW Beetle.

Radial Motion is a South Australian company producing an innovative engine of its own design. The compact radial engine is inspired by aircraft engines of the 1930s, reimagined for the 21st century. Compact, lightweight and robust, the Radial Motion engine is intended for light aircraft as well as specialist automotive applications, and versions are also being developed for military use. 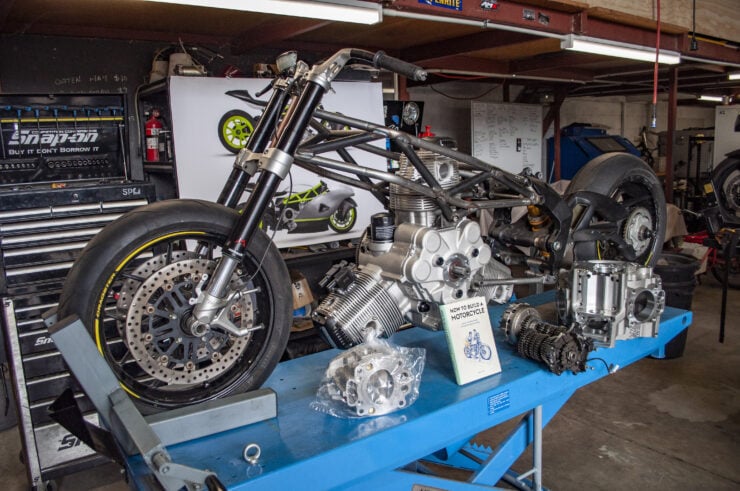 The bike is being designed with a trellis perimeter frame and the engine acts as a load bearing member to increase rigidity.

The engine used for this project will have a capacity of 2100cc, will be naturally aspirated and use individual throttle bodies. Radial Motion is also preparing a car to run on the salt during Speed Week.

“We’re excited about this new project with Sheppard Motorcycles and Kennedy Motorcycles and can’t wait to see what they achieve on the salt. The Radial Motion engine was designed for aircraft, but seeing it in a motorcycle chasing a land speed record is quite a thrill.” – Nick Mebberson, Director of Radial Motion

This will be a full custom build driven by the need to construct a custom frame and new gearbox assembly to mate to the monstrous engine. The bike will be constructed with a twin spar chromoly tube frame attaching to an aluminium single-sided swingarm.

All cycle parts used will be of the highest quality. The rear suspension will be fitted with an adjustable shock absorber by Sachs, with high performance Marzocchi upside down forks at the front. Braking will be done with race spec brakes from Brembo. The bike will have a close-ratio 6-speed transmission like that of a road race bike.

A unique body design will allow quick and easy access to all electrical and mechanical components as required and will create smooth flowing body lines. A partial streamlined fairing will cover the front and part of the side of the bike for maximum aerodynamic efficiency. 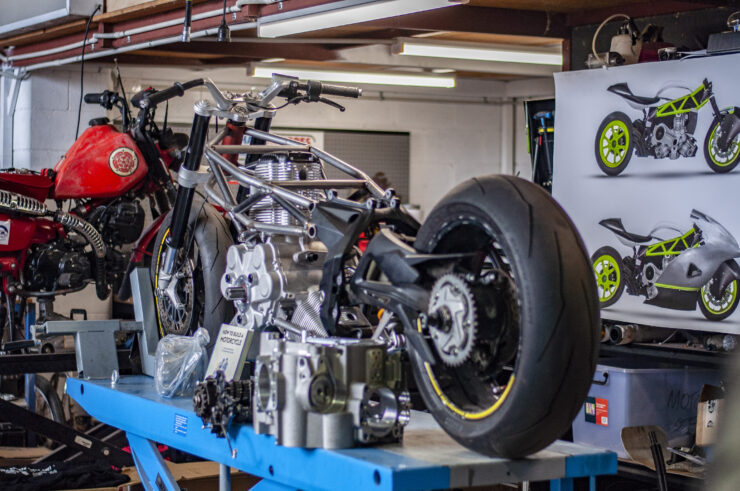 Careful attention has been paid to reduce the frontal area, by lengthening and lowering the motorcycle.

With an engine capacity of 2100cc, the machine will fit into the engine class 3000, which allows for engines up to 3000cc. The frame will be classified as “special construction partial streamlined”. The class designation will be 3000 APS G, G denotes that we are using “gasoline” or standard pump fuel as opposed to an alcohol-based fuel.

The current class record for Australia is 132.37 mph and the current world record is 208 mph. Both are within reach. A road-legal version of the motorcycle is also being planned.

This section was written by Matt Sheppard of Sheppard Motorcycles.

As the director of Sheppard Motorcycles I have been modifying motorcycles for over six years and have a background in panel beating before doing my trade as a motorcycle technician.

After completing my trade I decided I wanted to do something more interesting than standard service and repair work that is the bread and butter of most bike shops. Being passionate about the aesthetics of vehicles I started creating custom bike projects and have modified all manner of bikes from Harley-Davidsons to the classic Honda CT110. 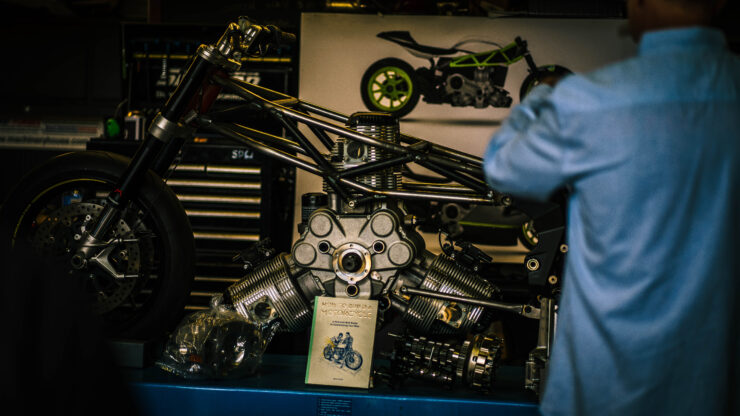 The air-cooled Radial Motion engine was originally developed for use in aircraft, however it’s also now being used to power race cars, road cars, motorcycles, and there are talks underway about military uses for it.

I share a workshop with Kennedy Motorcycles, whose director Mat has his trade as a fitter machinist while serving in the Australian Defence Force before starting his business here.

We both build custom motorcycles, predominantly road-going specials. We have created machines based on American, European, and Japanese machinery.

We have teamed up for a number of local events including displays at the Adelaide Beer and Barbecue festival. It was here that we met Frank and Corinna of the boutique brewery The Prancing Pony. Frank and Corinna are long time land speed fans and competitors and they invited us to be a part of their Salt Monkeys race team, helping us to fulfil our dream of setting a land speed record. We now understand and share their obsession.

The team now holds five national speed records including ours. In 2021 we entered on a 1948 BSA 500cc that we built at short notice and walked away with a new record in our class.

We’ll be following this project closely, and we’ll be bringing you updates as the team progresses – right up to their appearance on the salt at Lake Gairdner, Australia’s answer to Utah’s Bonneville Salt Flats. 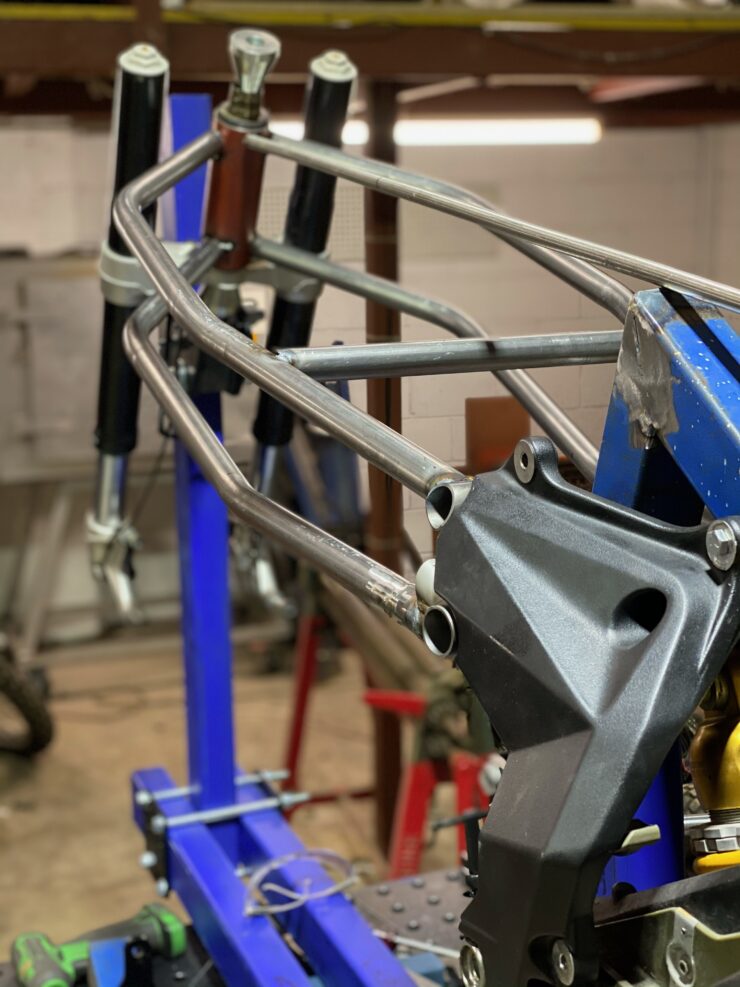 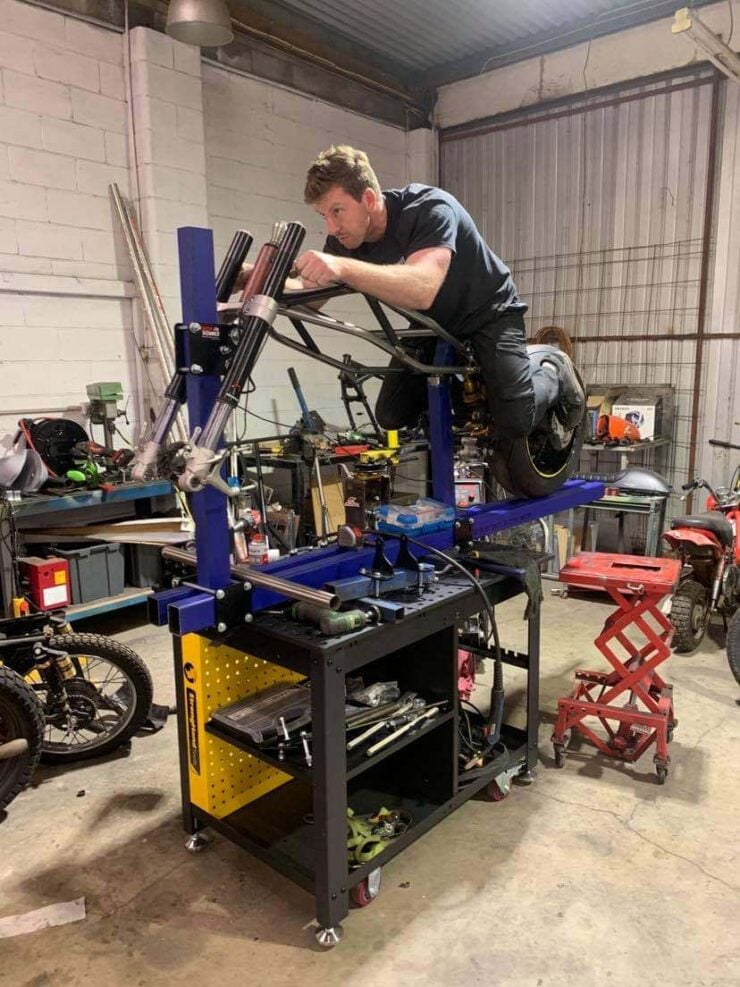 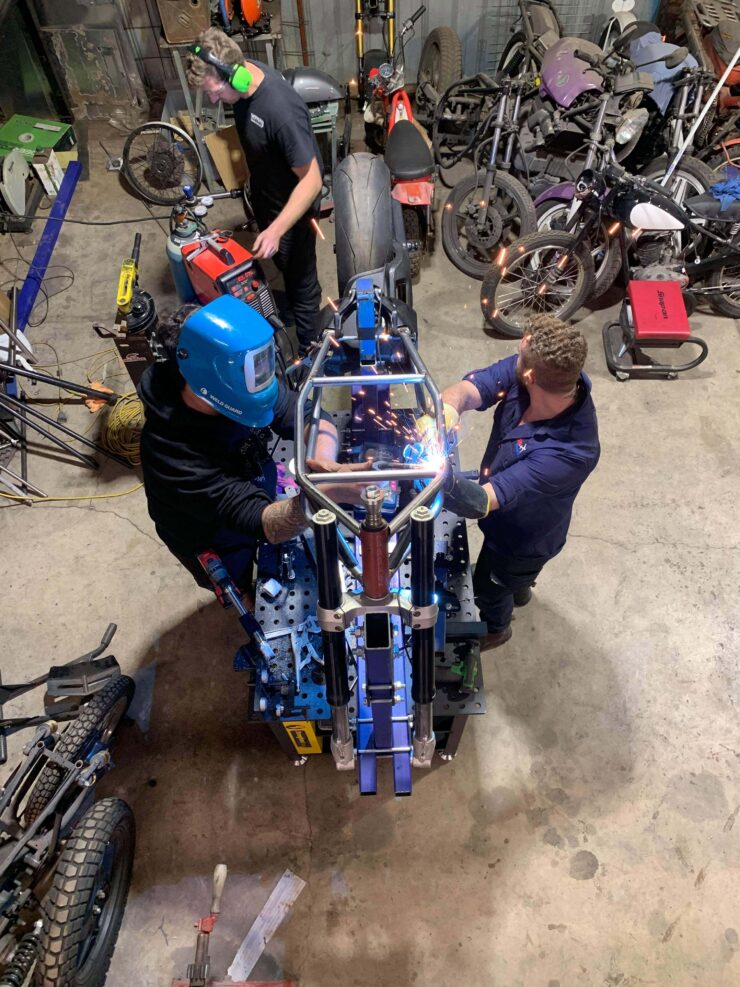 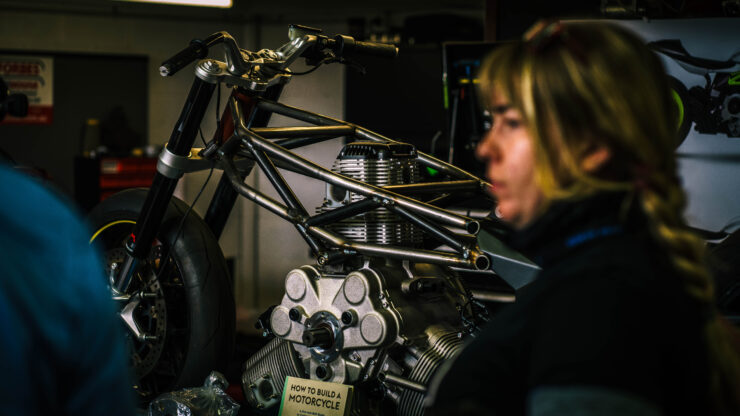 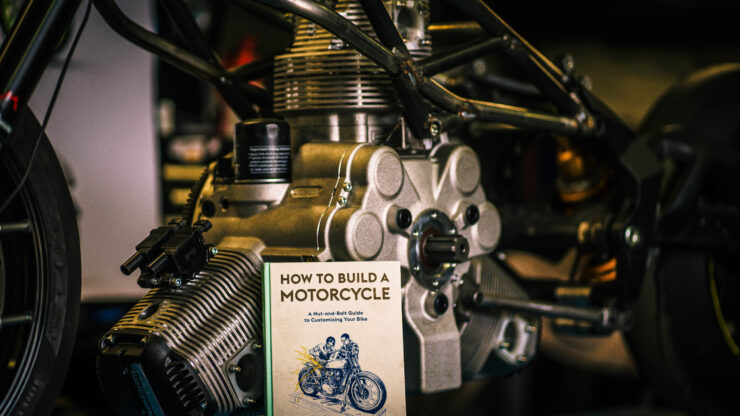 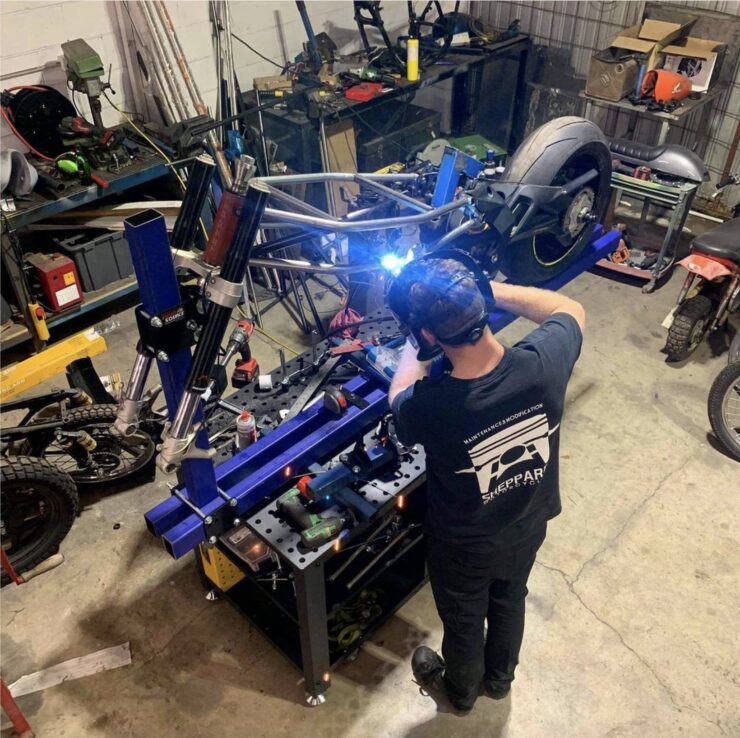 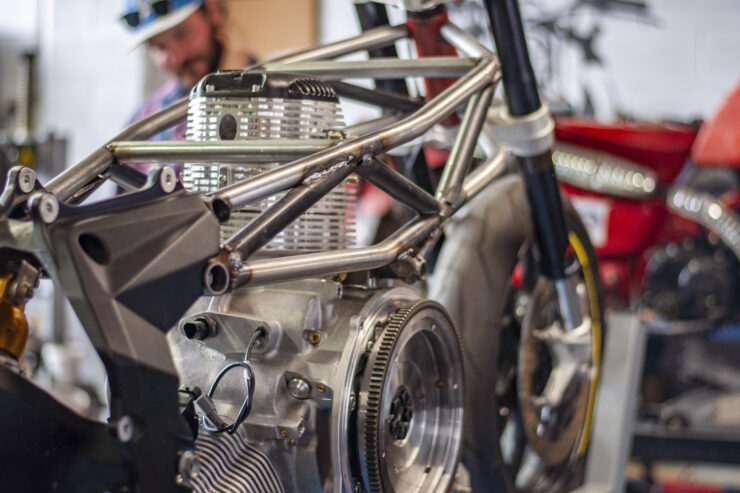