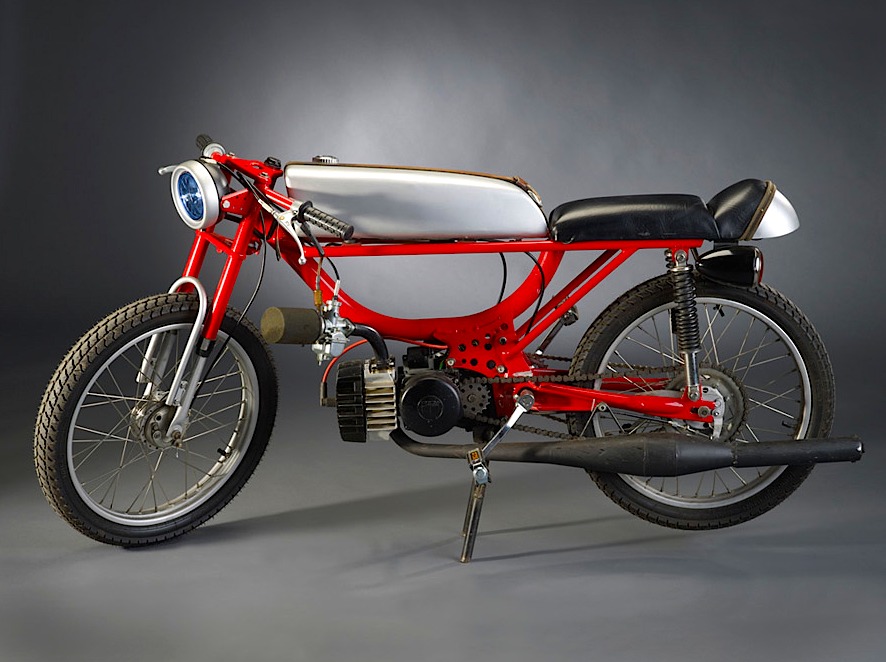 This delightful, slightly modified, Puch moped is currently on display over at Britton Bees. The air-cooled 50cc single cylinder Puch was a regular addition to the zeitgeist soundtrack of Europe through much of the 60s and 70s with a diehard community still thriving around the now shuttered marque. 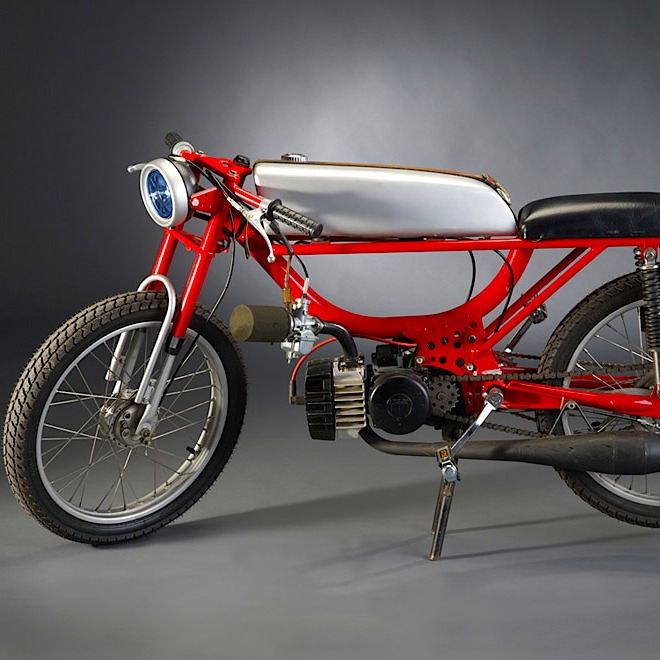