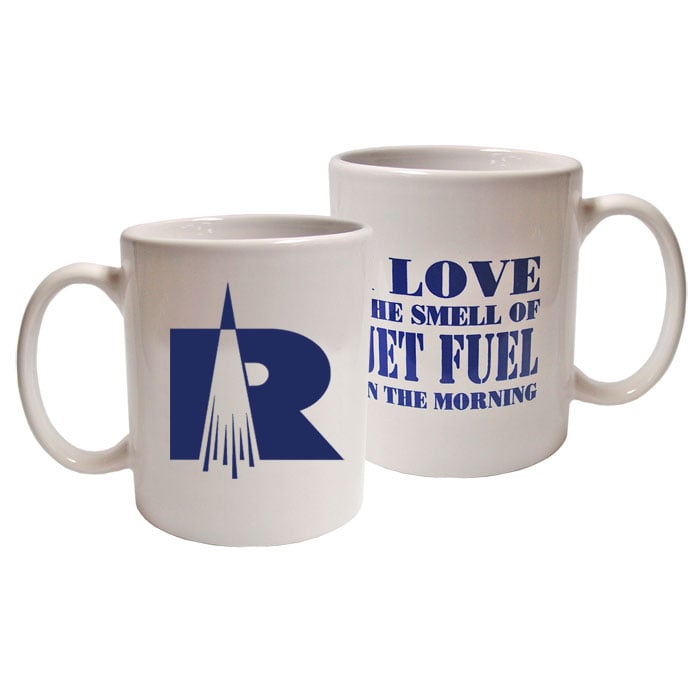 Pratt & Whitney Rocketdyne is the company that works on rocket engine design for many NASA/JPL projects, they built the engines that powered Curiosity to Mars and you can bet that there were a few of these coffee mugs being nervously sipped by rocket scientists earlier this morning.

This is the official P&W mug and the phrase “I love the smell of rocket fuel in the morning” is emblazoned on the side, which is possibly the coolest thing you can have written on a mug. Or anything else for that matter.

Check it out here via Pratt & Whitney Rocketdyne for just $5.