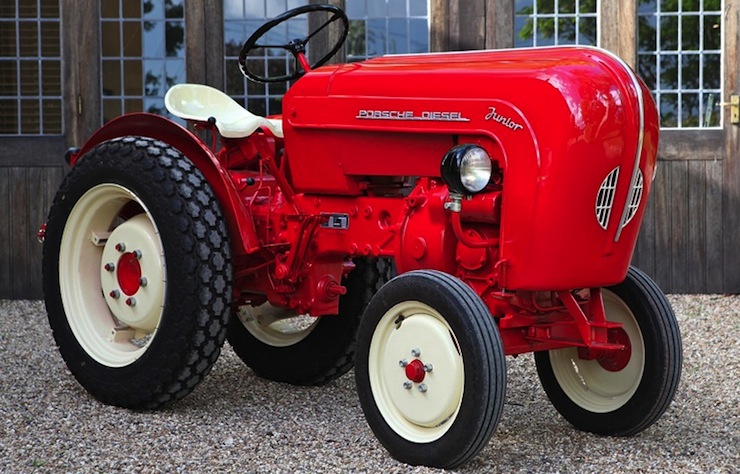 For some reason, I’ve never been a huge fan of the Porsche Cayenne. It seems ungainly and the overall design leaves me with the impression that someone was tasked with ferreting out the design elements from the Porsche back-catalogue and then squeezing them all together into a monolithic soccer-mom-mobile.

As it happens, Porsche do actually know a thing or two about going off-road, they built an incredibly successful series of rally cars, tractors and even a tank at one point. The tractor you see pictured here is a fantastic example of the little-known Porsche-Diesel Junior 108S Vineyard Tractor, it was built between 1952 and 1963 and was quite popular with wineries across Europe.

The width of the track could be expanded to 116cm or reduced to 66cm which allowed it to fit between tightly packed grapevines. It was powered by an air-cooled, 822cc, single-cylinder diesel engine giving it 14 hp and a lovely “bangthump-bangthump-bangthump” sound.

If you’re in the market for a bright red, art deco tractor you can visit Maxted-Page here to enquire after this one, it may not be as quick around the Nurburgring as a Cayenne but it does look far better – plus you have the added benefit of being able to trundle around a winery without causing a scene. 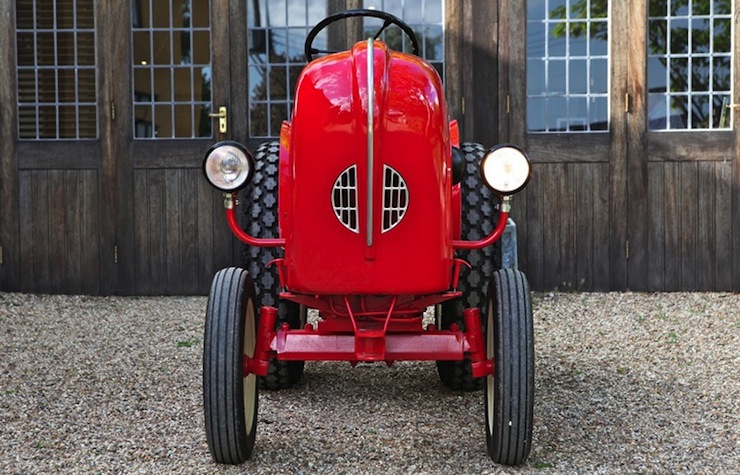 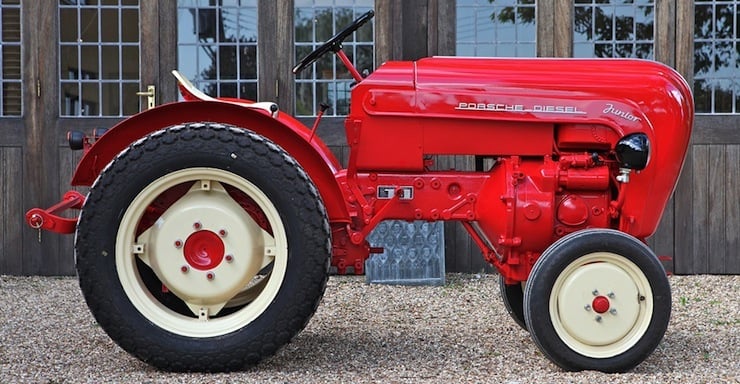 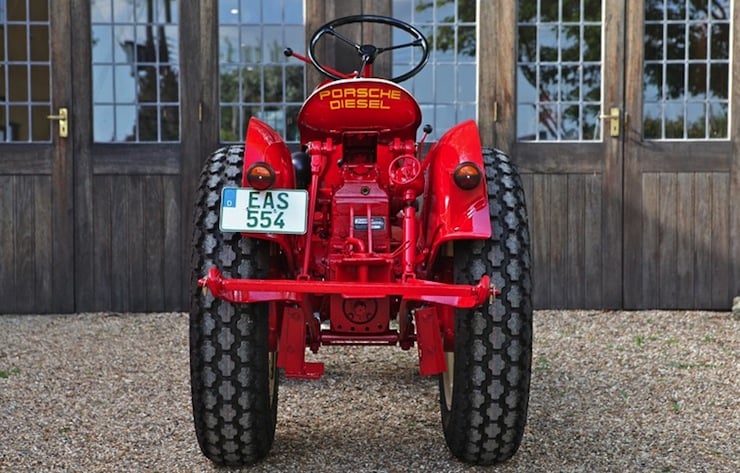 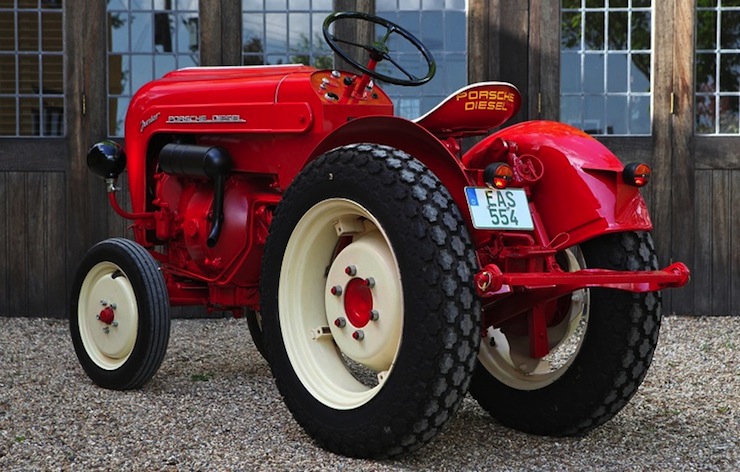 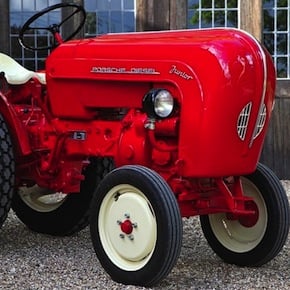