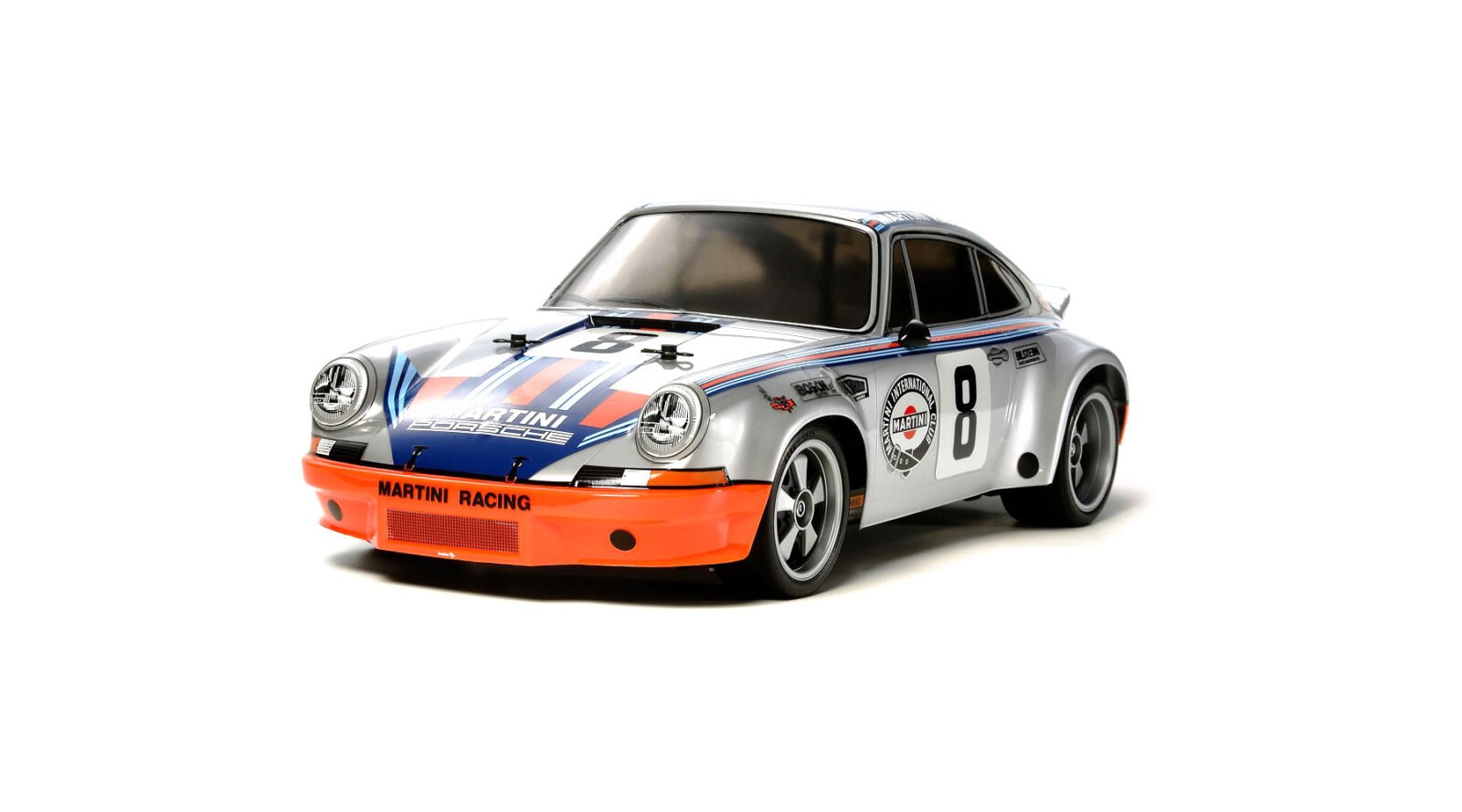 This is the 1:10th scale Porsche 911 Carrera RSR R/C (remote control) car from Tamiya, it was carefully developed to closely match the now legendary styling of what is doubtless one of the most famous Porsches in history.

1973 was the year the 911 RSR was introduced as a homologation special to permit the car to race in Group 4. The RSR started the year with a win at the 24 Hours of Daytona, a few months later the car would win the Targa Florio, followed by a slew of other international and local-level wins around the world.

The surviving 911 RSRs are now amongst the most collectible Porsches in history.

The Tamiya version of the RSR comes in at 1:10th scale, measuring 457 mm long, 204 mm wide, and 136 mm high. As with almost all Tamiya models the 911 RSR has a polycarbonate body attached to a chassis than contains the steering, radio, battery, motor, etc.

The chassis used here is powered by a type 540 electric motor, it has a three piece steering tie rod, double wishbone suspension at all four wheels, and front/rear friction dampers.

Unlike the original RSR the Tamiya version is AWD, ensuring excellent grip and handling in R/C car racing. Racing slicks are fitted to all four corners on look-a-like Fuchs wheels, all tucked under flared fenders just like the original.

Tamiya include a decal kit that you can pair with paints to recreate the Martini livery, though obviously using paints you can give the car any finish you like. With over 56 years of racing history, there are countless livery options to choose from including Martini, Brumos, Gulf, Rothmans, Wally’s Jeans, and the much loved Pink Pig.

The chassis has the motor on the right and the battery on the left to give optimal weight distribution, the chassis also has two different wheelbase options (for using other bodies), two ground clearance settings, brake disc-shaped wheel hubs, and 10 possible gear ratios. 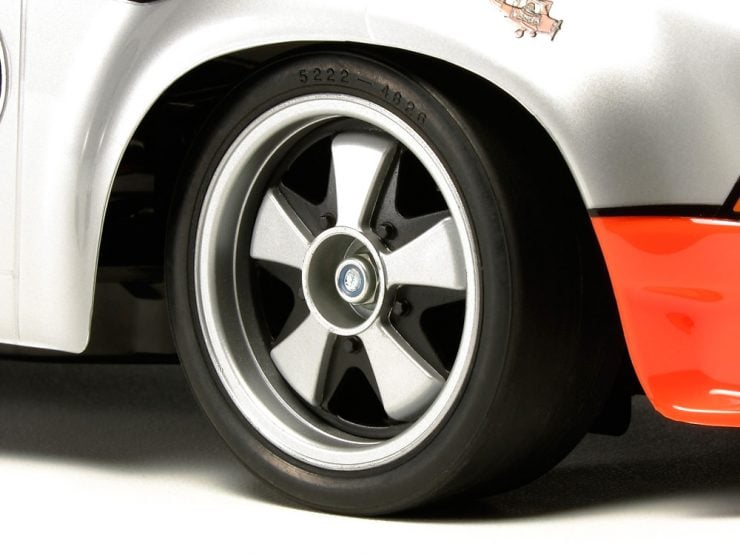 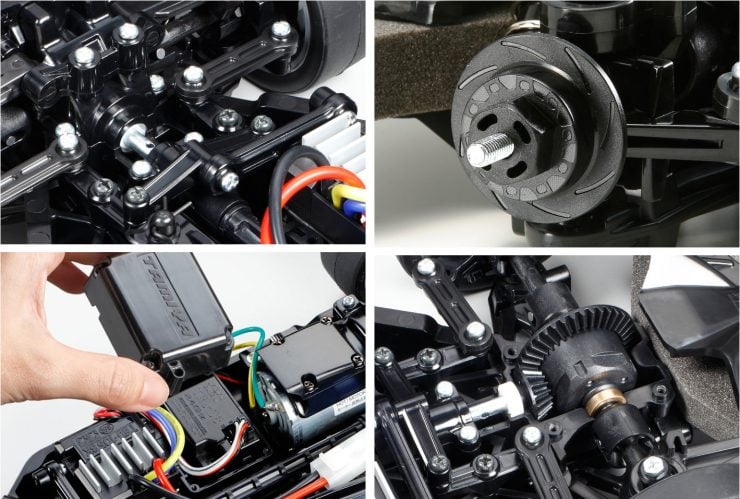 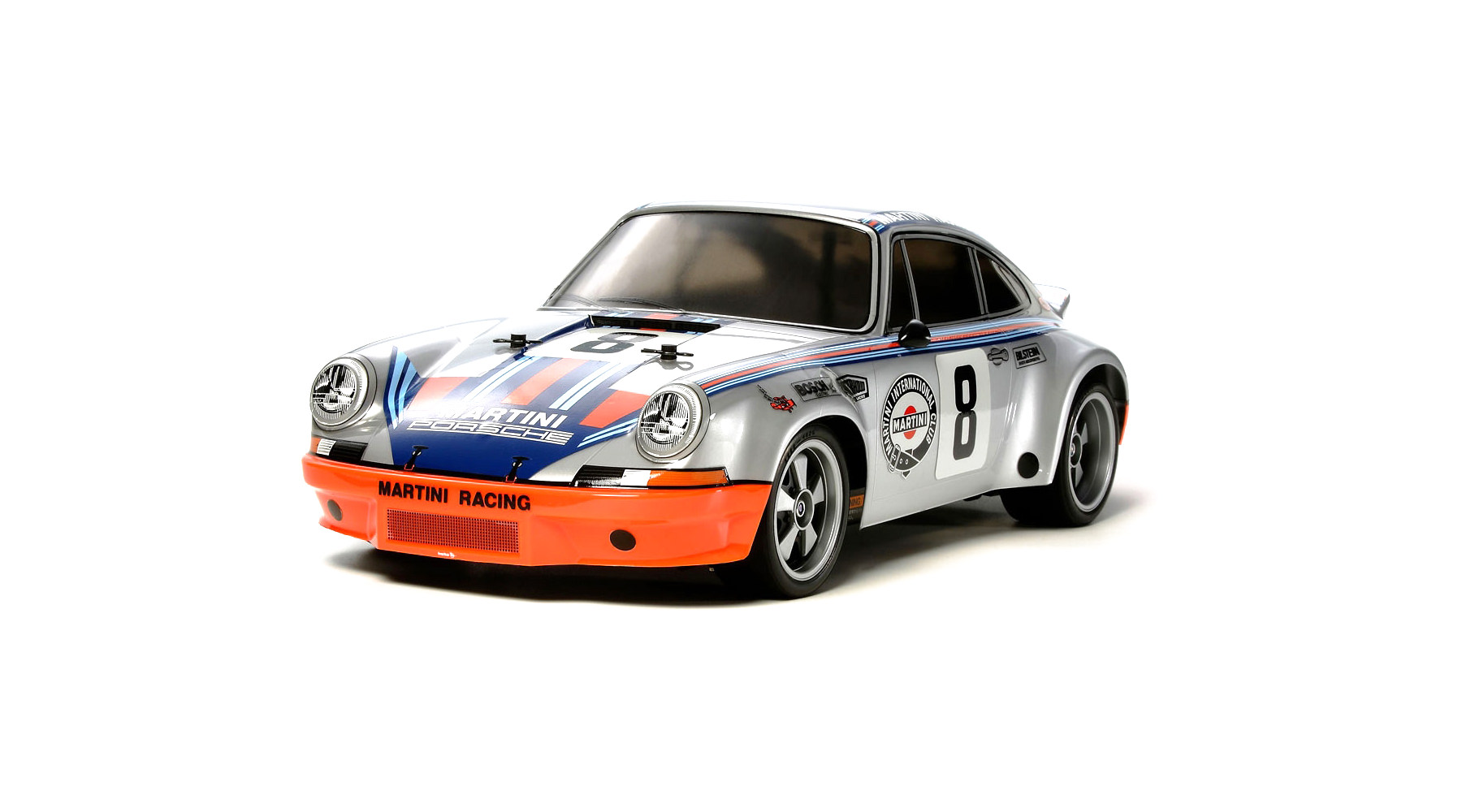