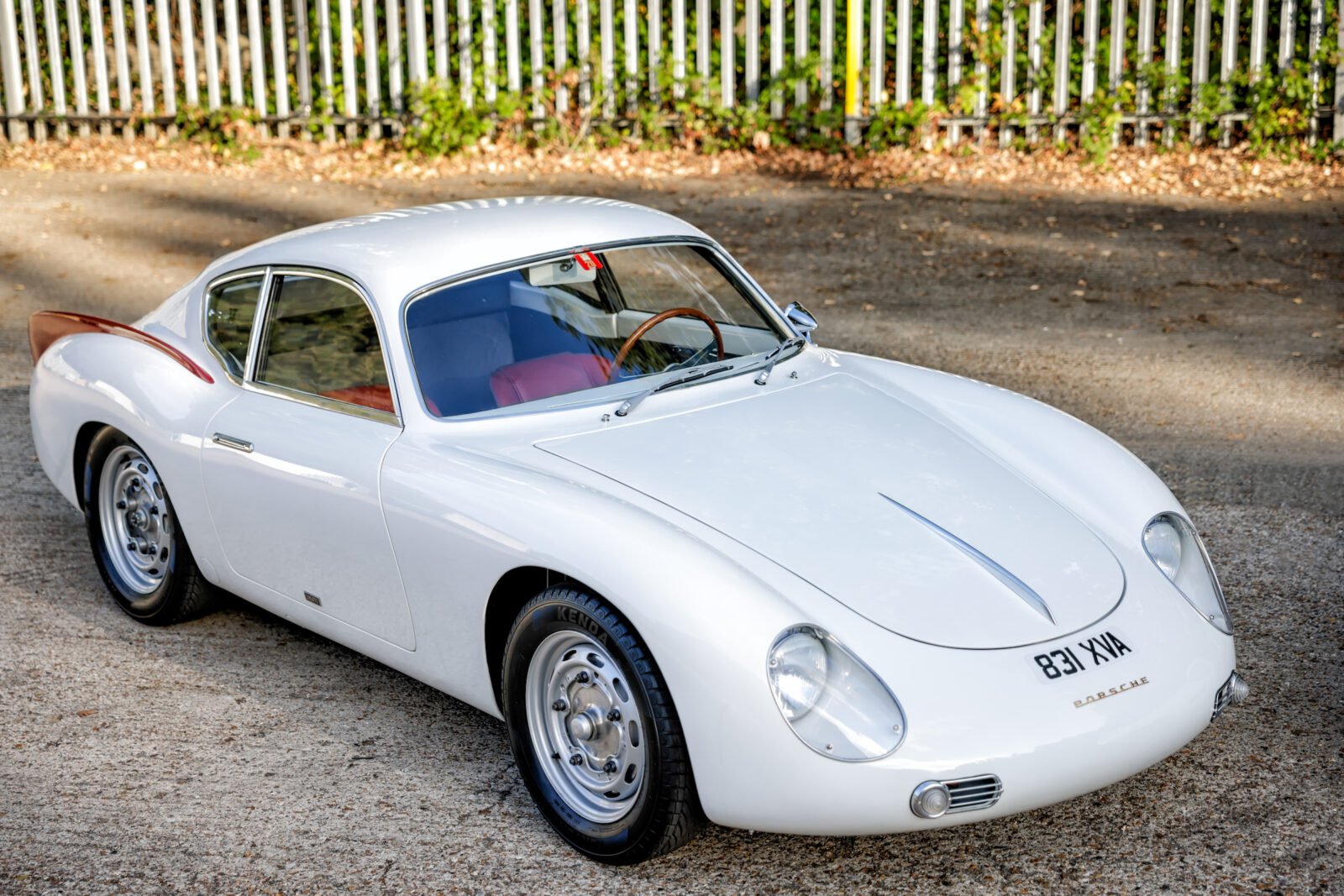 This is one of only two examples of the Porsche 356 Carrera Zagato Coupé Sanction Lost that were built, these remarkable cars have a story that dates all the way back to 1957, however the “Sanction Lost” examples were only built by Zagato from 2015 – 2017.

Back in 1957 noted Porsche racing driver Claude Storez approached Italian coachbuilder Zagato and asked them to build him a new body for his 1957 Porsche 356 Carrera Speedster that would be both lighter and more aerodynamic.

Storez didn’t know it at the time, but tragically it would be the last car he would ever drive.

Claude Storez “A Prince Among Racers”

When Claude Storez first approached Zagato in 1957 they could never have known it was the beginning of the story that would continue for over 60 years, with the final example not reaching completion until 2017. 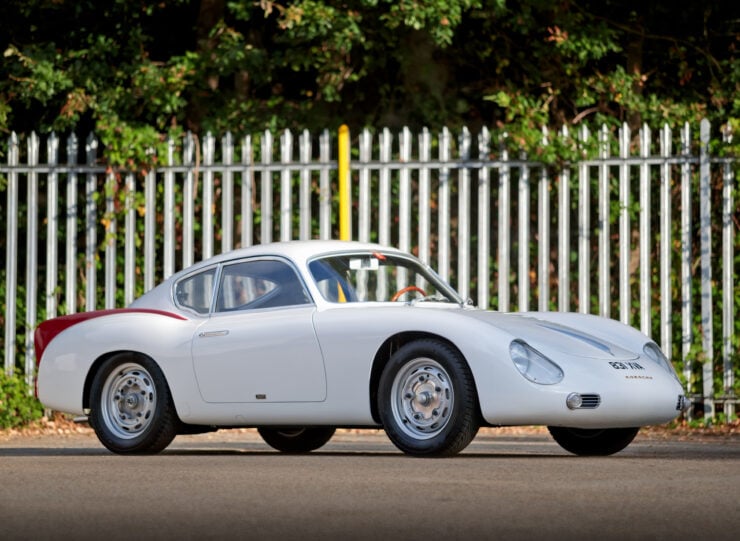 The beautiful styling of the Carrera Zagato would have been lost to history if not for American car collector Herb Wetanson, who approached Zagato with the idea of bringing the model back for a very limited production run.

Claude Storez has been called a “Prince Among Racers” and there can be no doubt that he was one of France’s most promising racing drivers in the 1950s before his untimely death. Often driving smaller cars he would frequently outpace considerably more powerful cars and finish well ahead of them.

In the mid-1950s Storez had been driving a Porsche 550 RS Spyder in which he’d seen some notable successes, including a class win at the 12 Hours of Reims. He would also drive a Porsche 356A Carrera alongside Robert “Bubu” Buchet, the two would win over a dozen first class events over a two year period including the 1956 Rallye des Routes du Nord and the Rallye d’Armagnac, with a popular class win in the Liège – Rome – Liège.

Storez had seen the successes achieved by Italian coachbuilders with cars like the Fiat-Abarth 750 GT Zagato and the Alfa Romeo Giulietta SVZ, so in 1957 he bought a Porsche 356 Carrera Speedster and sent it to Milan for Zagato to work their magic on it. 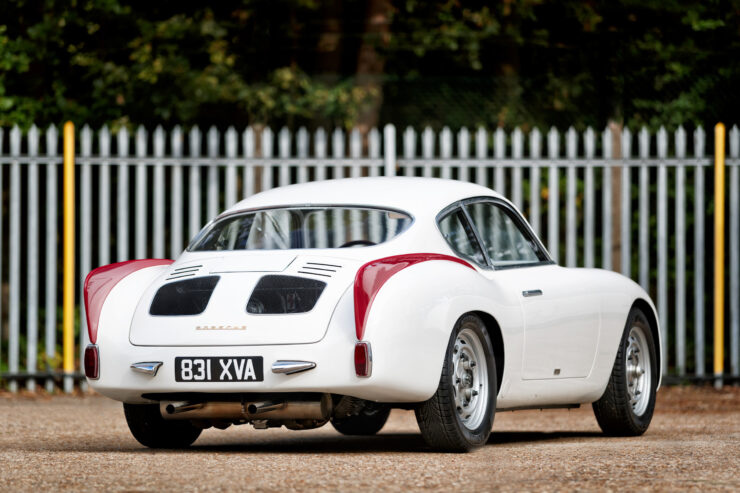 The twin red fins on the rear of the car were one of its most memorable features, they were added to aid with high-speed stability.

The team at Zagato created a new alloy body for the Porsche that was both beautiful and aerodynamic, not to mention lightweight. The low, streamlined body featured subtle rear fins and a low profile windscreen to reduce the frontal area.

In its first race it proved its speed, finished second at the Reims circuit stage of the Tour de France. A few months later in 1959 Storez was back at Reims and impressively he was starting at the front of the grid next to a considerably more powerful 3.0 liter Ferrari 250 GT.

Storez got a good start and took the lead, as the circuit swept uphill he was overtaken by the Ferrari but on the downhill section he was once again catching up, it was here that he suffered a crash at the Thillois hairpin that would destroy the car and severely injure him – he would die a few hours later in hospital.

This tragic accident and the loss of such a promising young French racing driver in a country that was still reeling from the 1955 Le Mans disaster resulted in newspaper headlines across the country. The car mysteriously vanished after the crash and it’s never been seen again, presumed to have been scrapped or otherwise disposed of.

When American car collector Herb Wetanson approached Zagato in the 2010s with an idea to bring back the Porsche Zagato Speedster he would begin the process of writing a new chapter in the history of the long-lost car. 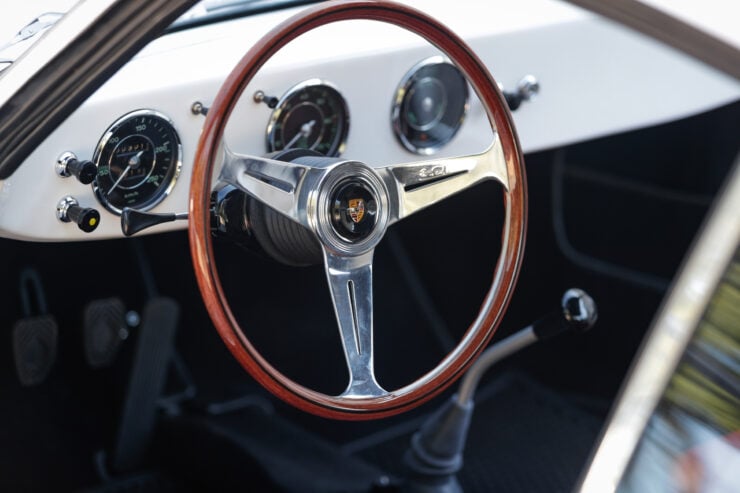 The interior has just the bare essentials to keep weight down for racing, with a steering wheel, shifter, three pedals, and the essential gauges.

Ultimately Zagato would build 18 of the cars in total, nine Speedsters and nine coupes, all with alloy bodywork that was recreated using the careful examination of period photographs and an original concept drawing found in their archives.

Each car would be built using a Porsche 356 as their starting point just like the original, however only three of the cars would have the Porsche Carrera engine fitted – just like Storez.

The car you see here was built from a 1961 Porsche 356 B Coupe which was sent to Zagato in 2015. They removed the original bodyshell and replaced it with their own Zagato body, the build was finished in 2017 and delivered to its new owner.

The car is now due to cross the auction block with RM Sotheby’s on the 6th of November with a price guide of $550,000 – $600,000 USD. If you’d like to read more about it or register to bid you can click here to visit the listing. 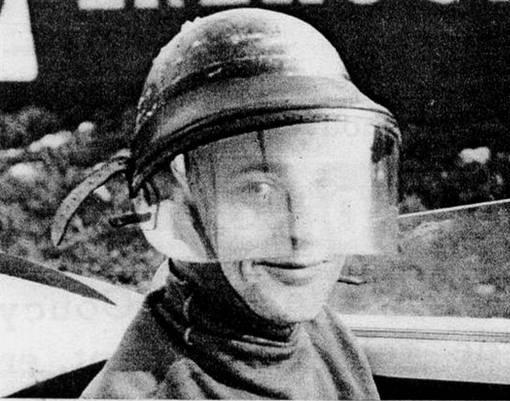 This is French racing driver Claude Storez, the man responsible for the original Carrera Zagato – a car that mysteriously disappeared almost 70 years ago after his accident. 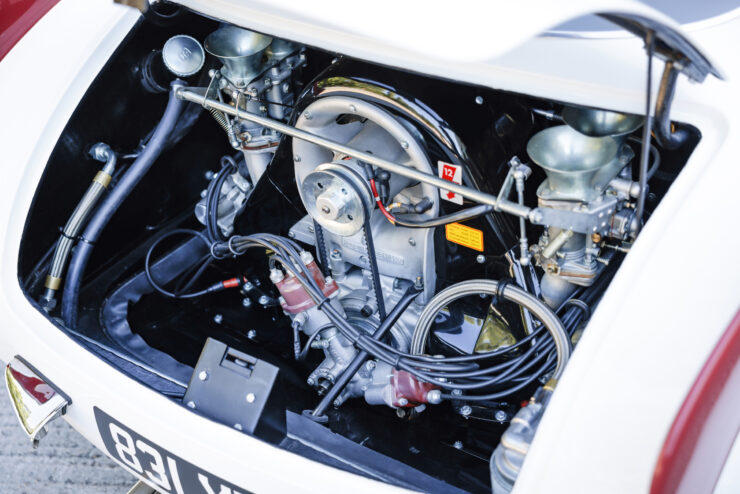 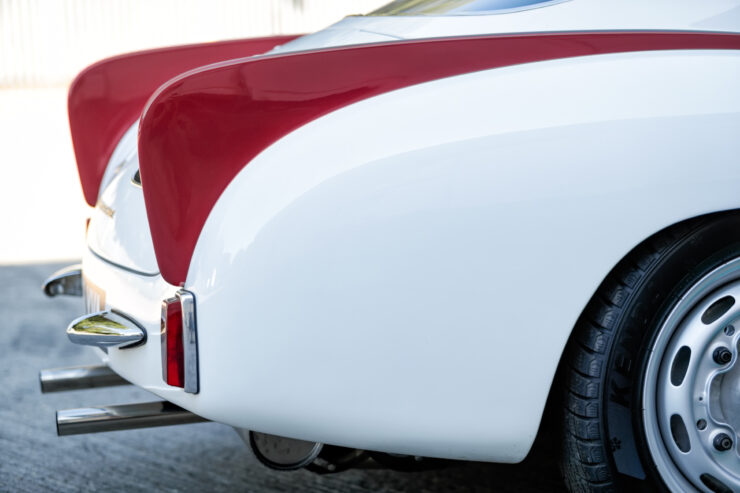 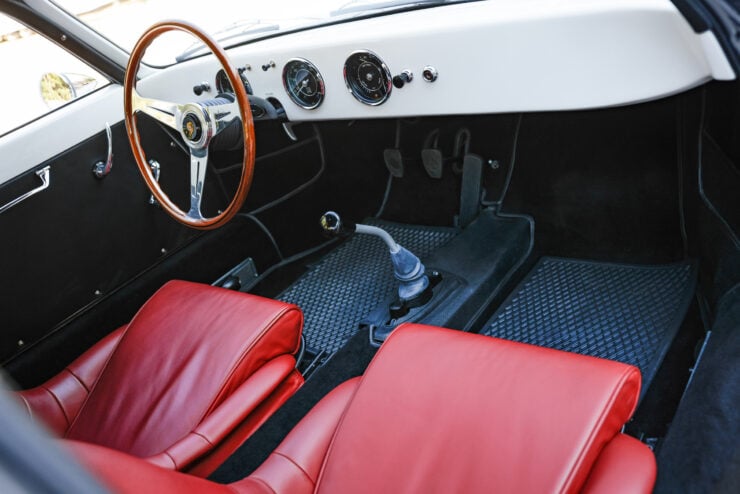 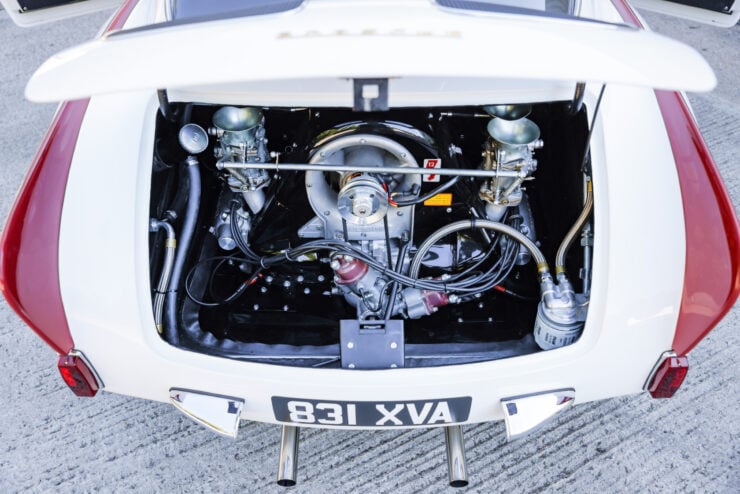 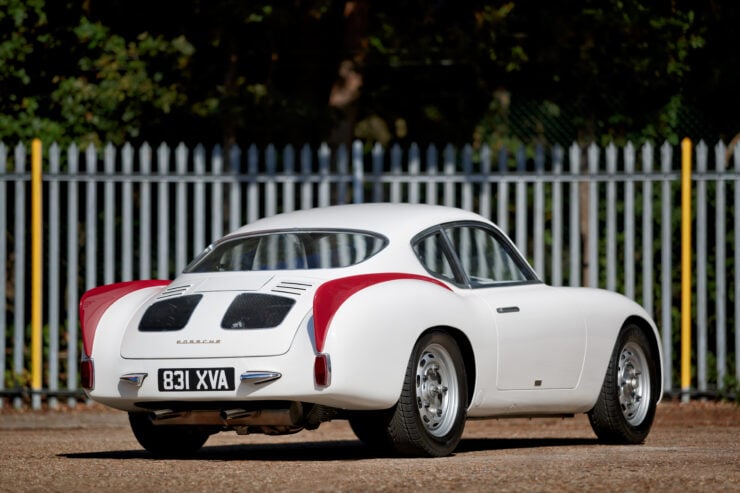 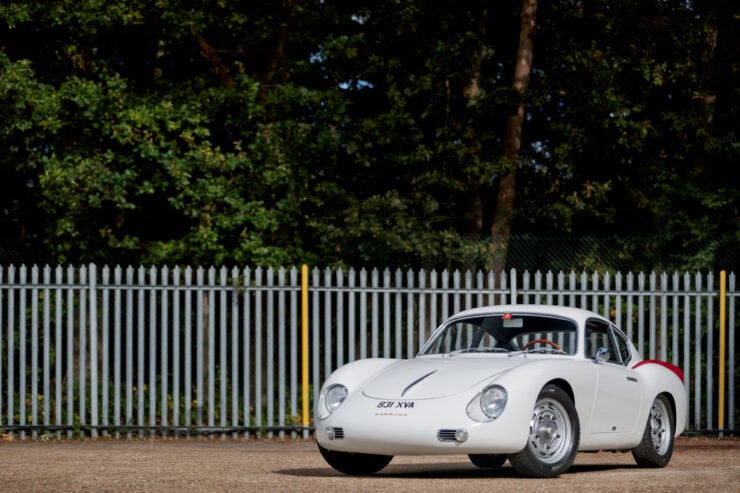 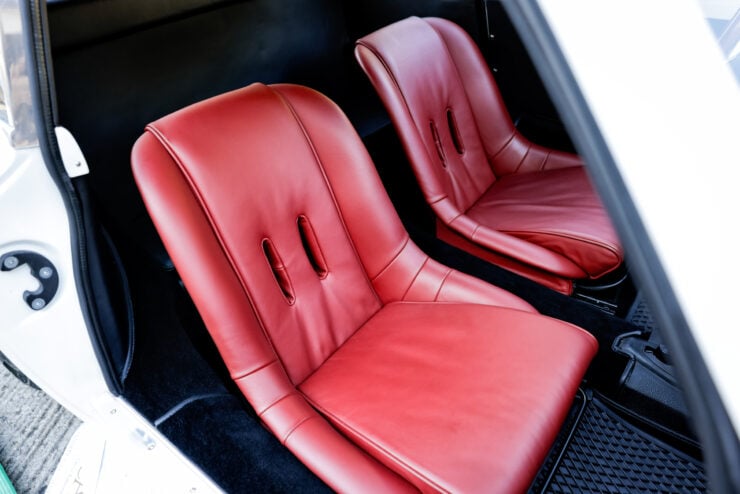 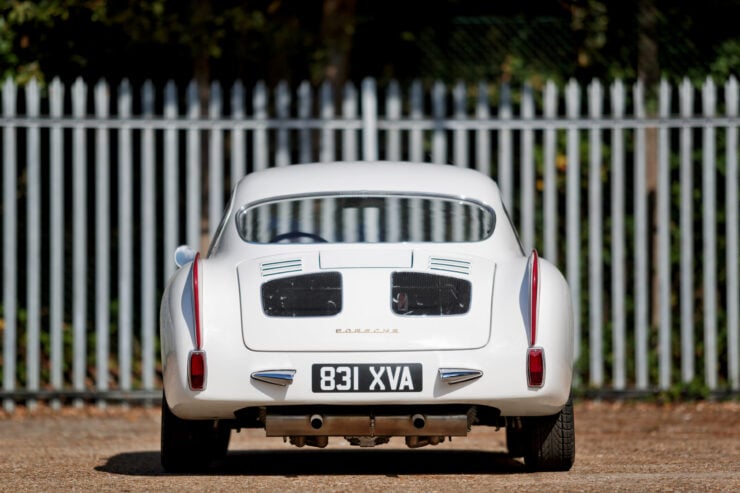 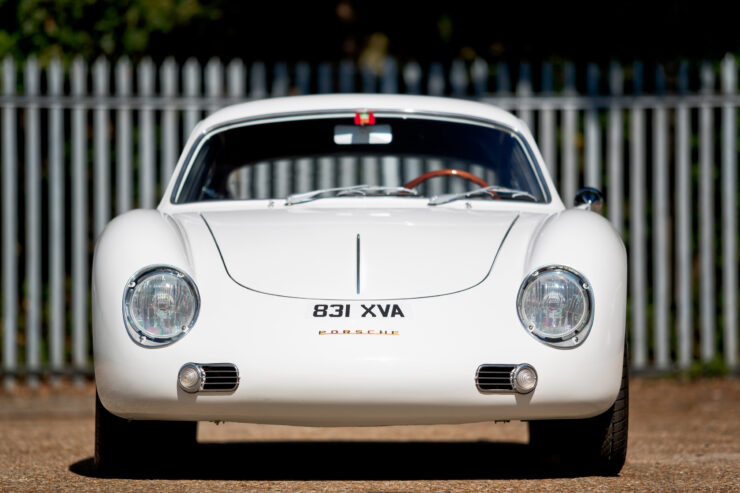 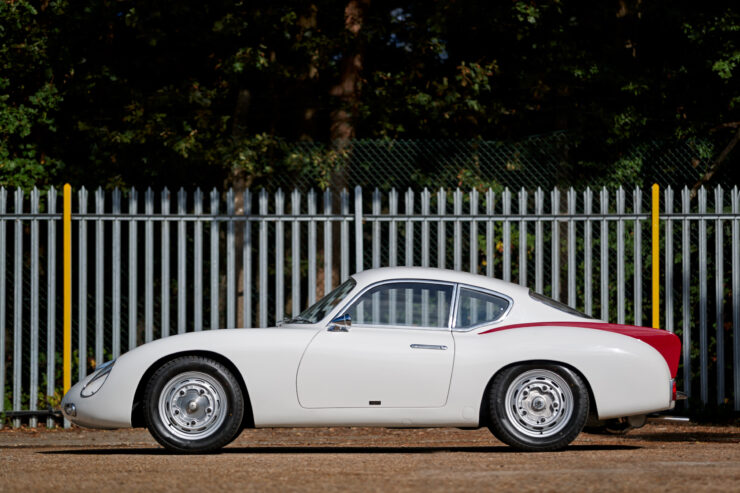