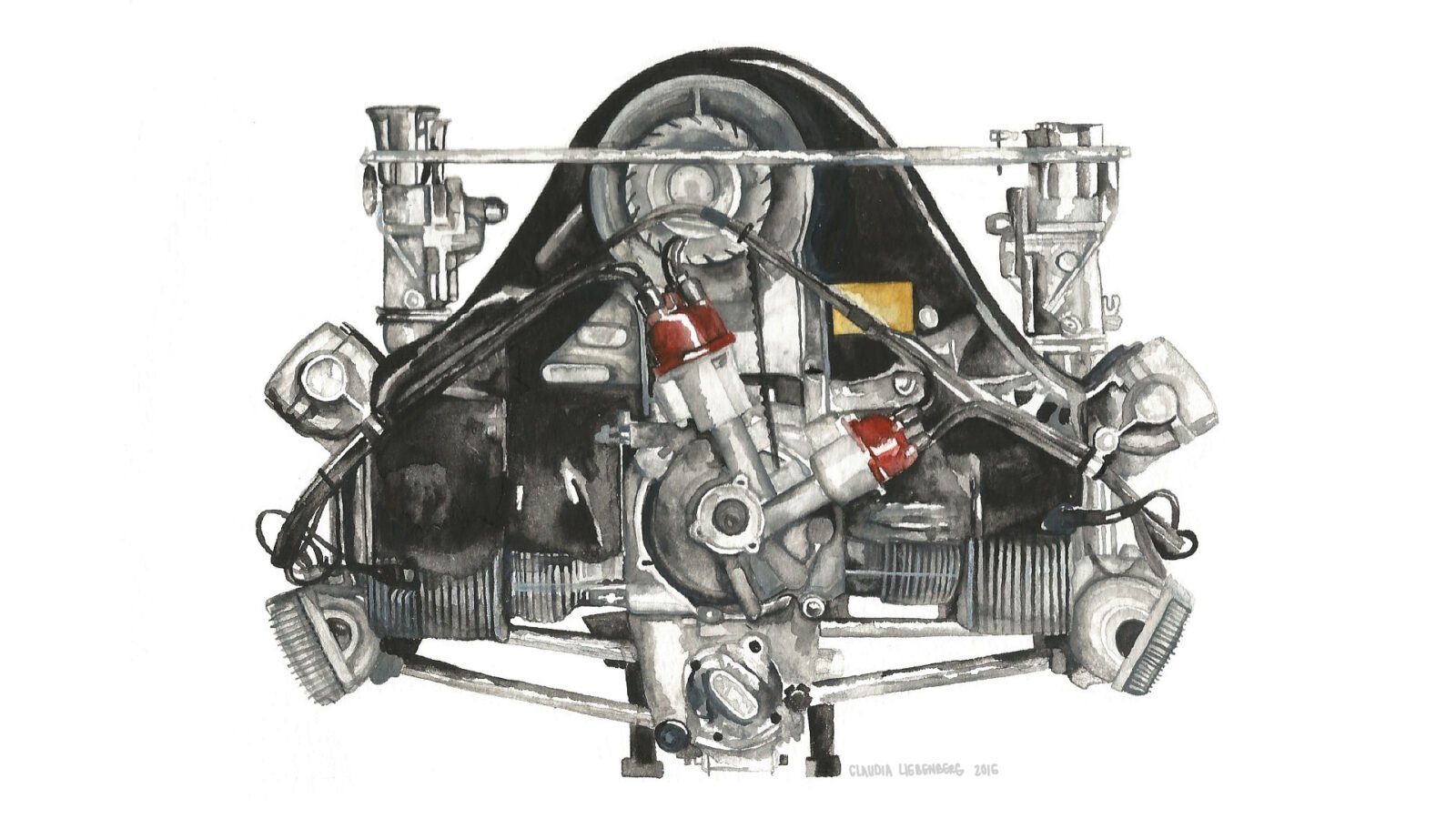 Claudia Liebenberg is a talented South African painter whose work we’ve featured before, she specialises in the use of watercolours because it means she has small and highly portable painting supplies that she can carry anywhere.

This series of two paintings was commissioned for a new coffeeshop that’s opening in Scottsdale in Arizona, the cafe will have strong automotive influences and it will host regular Cars and Coffee events with a focus on bringing car culture to younger people. It’ll be called “Four Till Four” a play on the owner’s license plate on his 1958 Porsche 356 that reads “4till4”, a reference to the time of day – four minutes to four is 3:56. 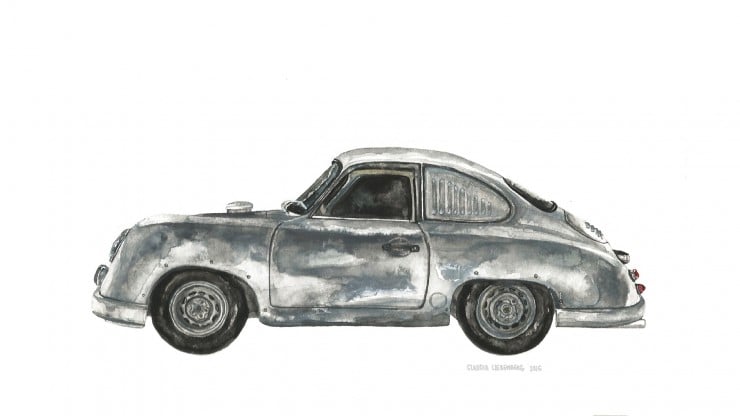 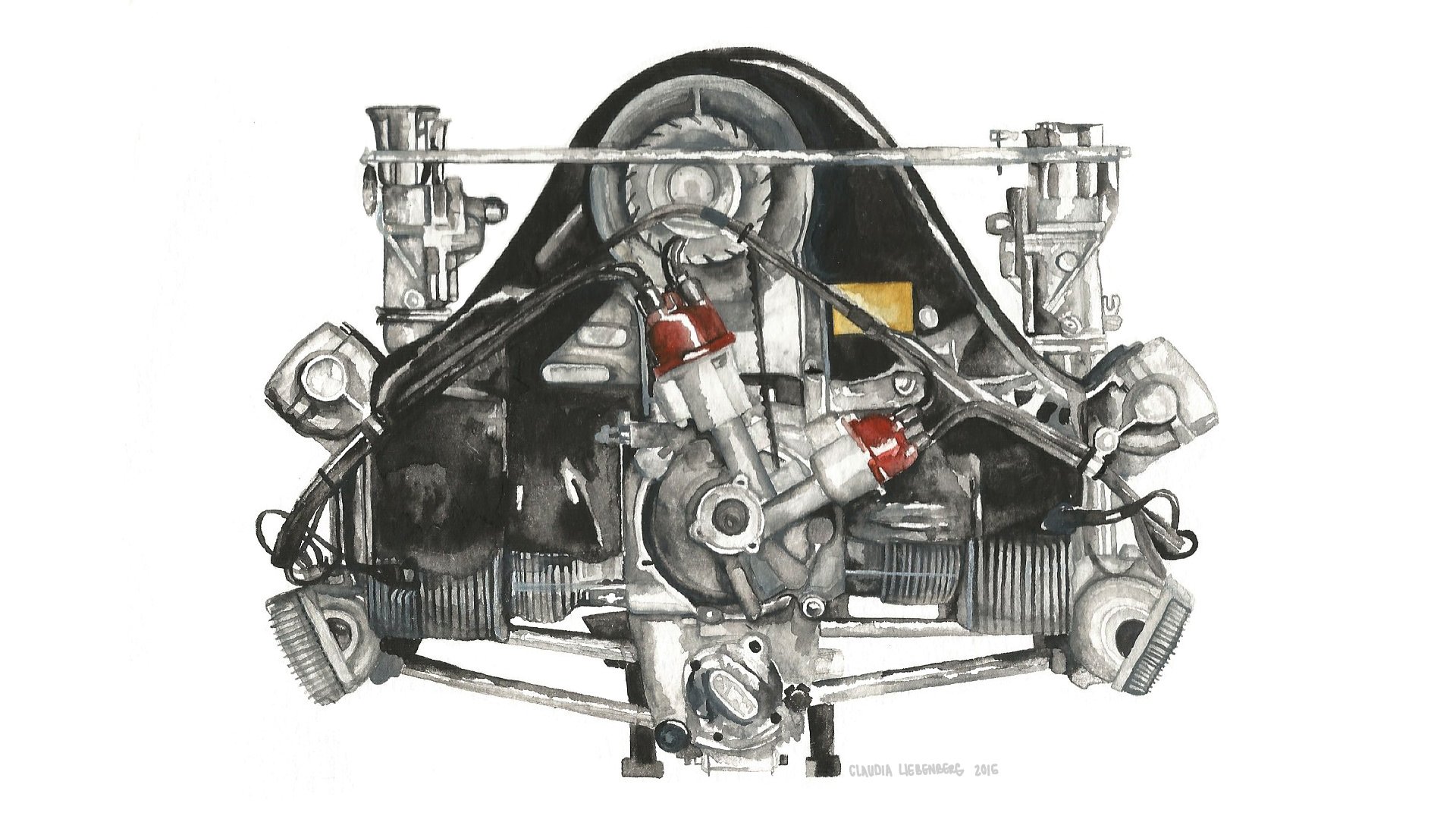