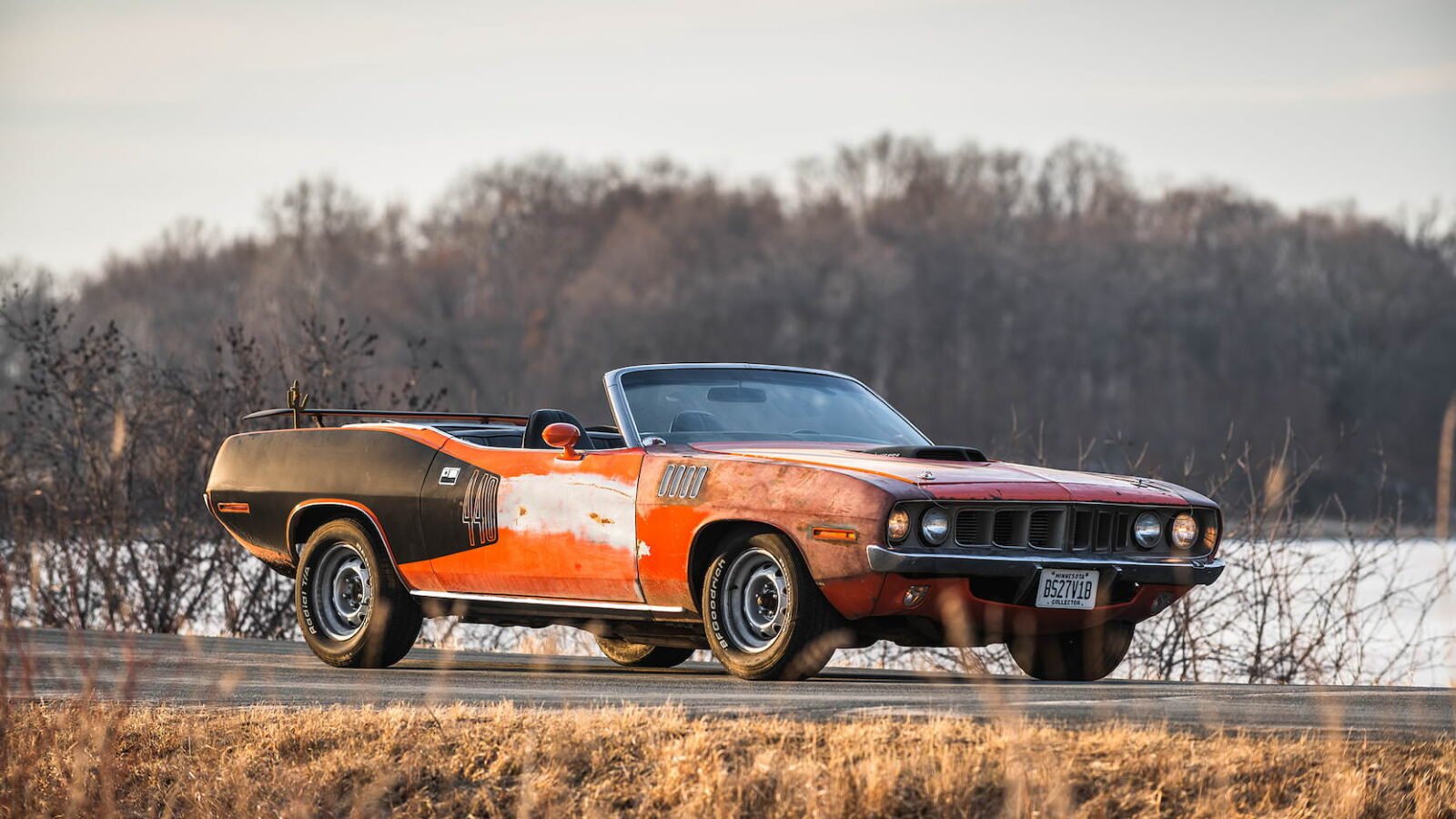 This rare Plymouth Cuda V-Code 440-6 convertible is 1 of 17 that were built in 1971, it’s 1 of just 2 export cars, and it remains in overwhelmingly original condition due to the fact it was stored away in a container for 35 years – only rolling back out into the sunshine recently.

The Cuda was the sport model of the Barracuda from which it got its name, it was joined in the model line up with the luxury-oriented Gran Coupe, the base Barracuda model, and the Barracuda Coupe – an inexpensive model with a slant-6 engine and a lower grade interior.

The first two generations of the Plymouth Barracuda had been based on the Valiant platform and retained strong ties to it, for the third generation Plymouth went in a different direction and instead used the Chrysler E platform that it shared with the Dodge Challenger. Although the Challenger and the Barracuda share no external bodywork they do share the same basic underpinnings. 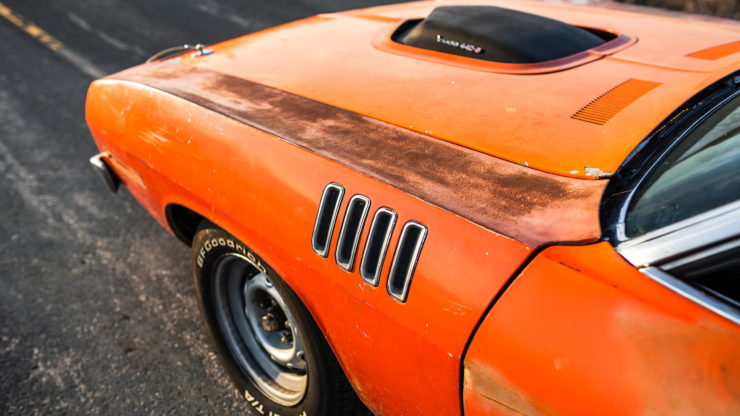 Plymouth offered a range of engines with the new Barracuda, the largest of which was the 440 cu. in. (7.2 litre) V8 producing 390 hp at 4,700 rpm and 490 ft lbs of torque at 3,200 rpm. Cars equipped with this engine or the high-powered Hemi V8s were also fitted with upgraded suspension and structural reinforcements in order to better manage the prodigious power output.

Original 440-6 Cudas are relatively uncommon and it’s becoming increasingly difficult to find them in original condition. Many have been crashed due to the performance catching out less skilled drivers, and many more have been lost to rust. It’s rare to find a 440-6 Cuda with all of its original sheet metal, the fender tag and door vin decal intact, and its broadcast sheet. 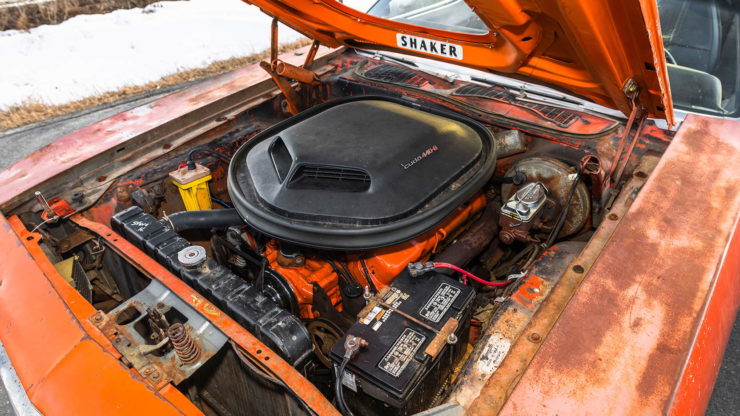 It’s fitted with power brakes, bucket seats and a center console, a Torqueflight automatic transmission, and a shaker hood that provides plenty of dense cool air directly into the carburettor atop the engine.

The mechanicals were carefully refreshed when the car was pulled out of the container, a look under the hood shows a few new-looking parts which have helped to bring the engine back to life. It’ll be up to the new owner whether they want to complete a full restoration on the car or keep the patina in place. Personally I’d love to see it maintained but kept looking just like it does right now, the imperfections tell the story of the car and once you lose the originality you can never get it back.

If you’d like to read more about the car or register to bid you can click here to visit the listing on Mecum, it’s due to roll across the auction block in mid-May. 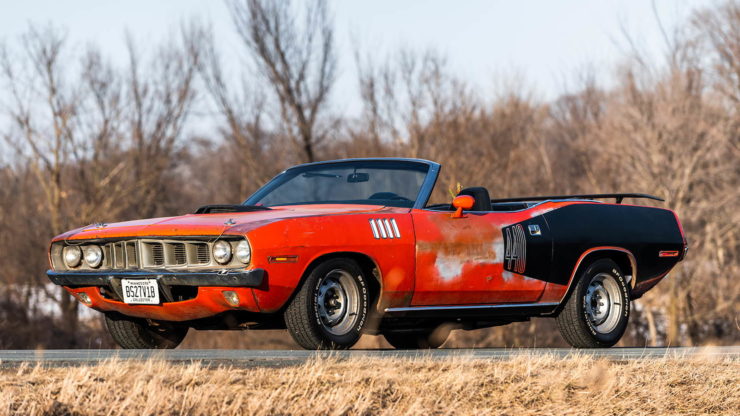 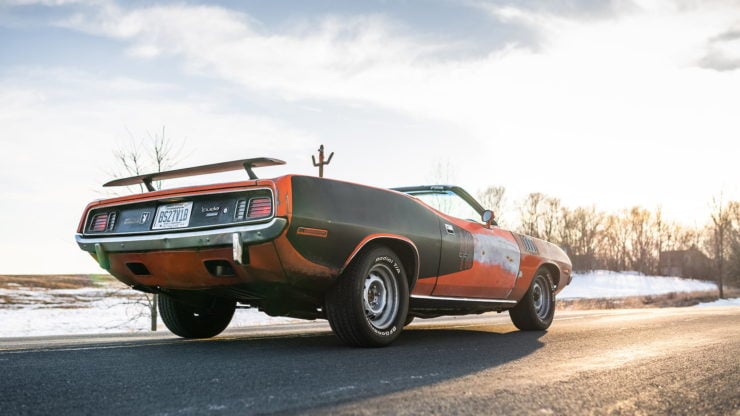 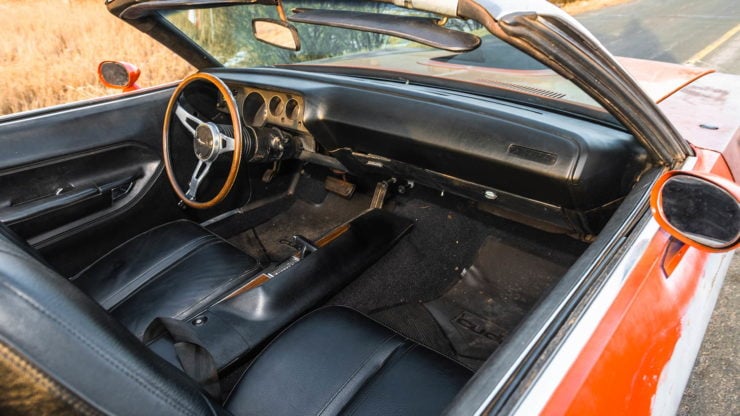 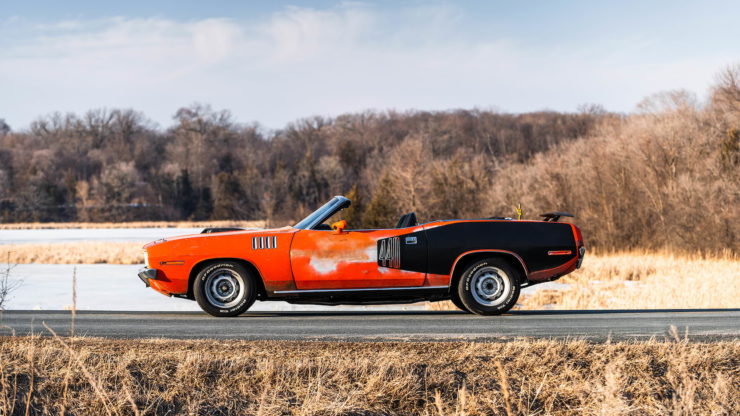 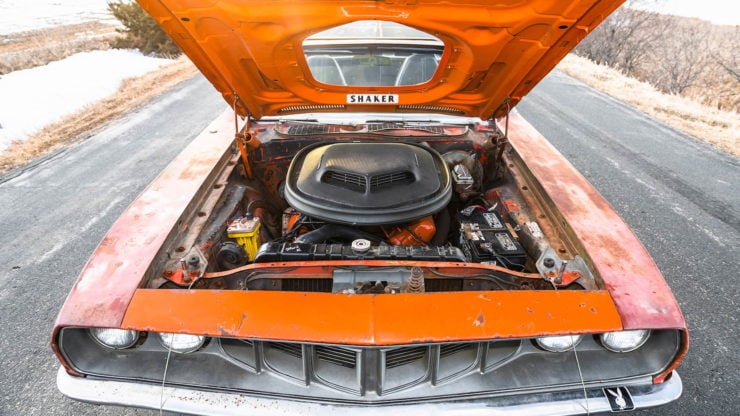 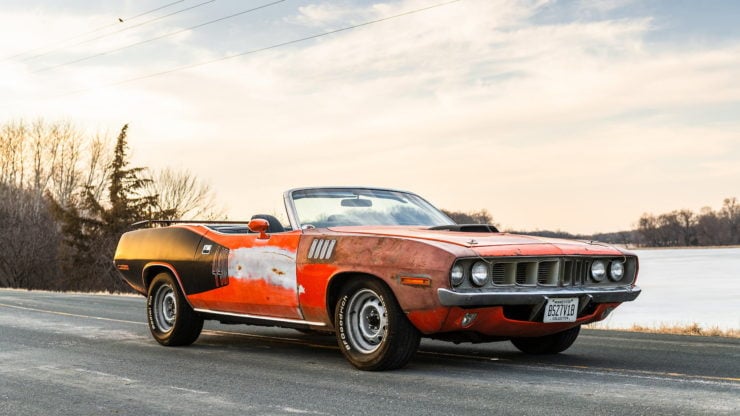 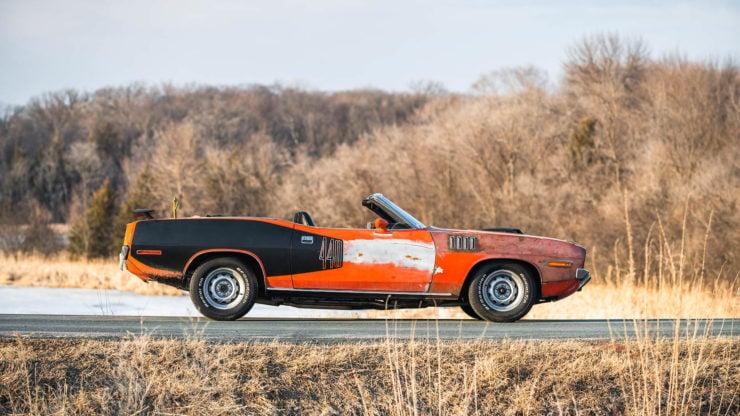 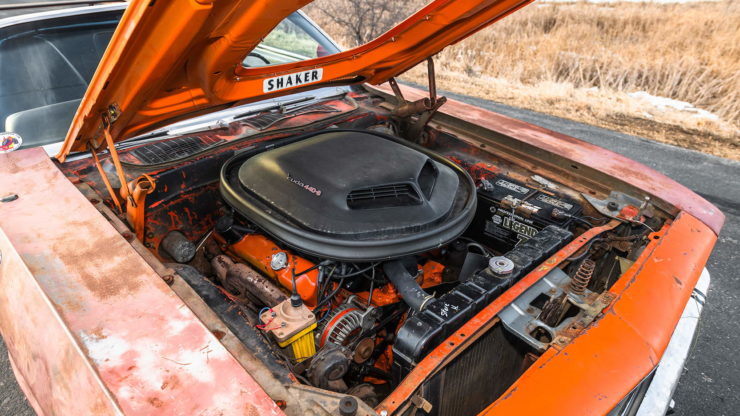 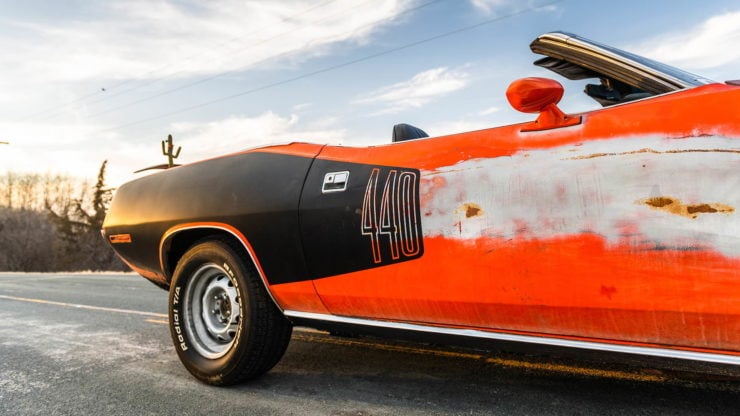 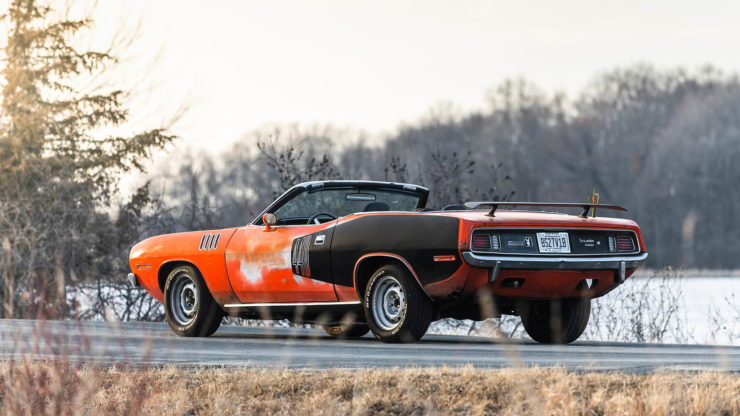 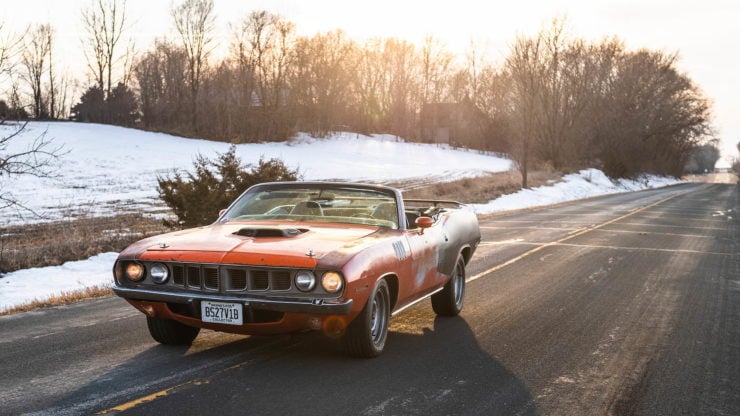 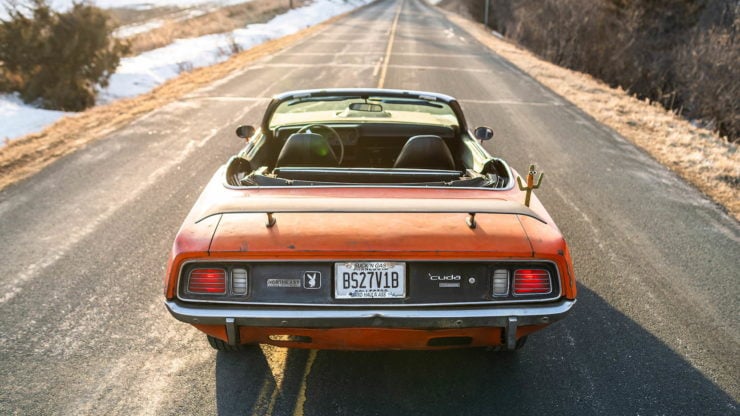 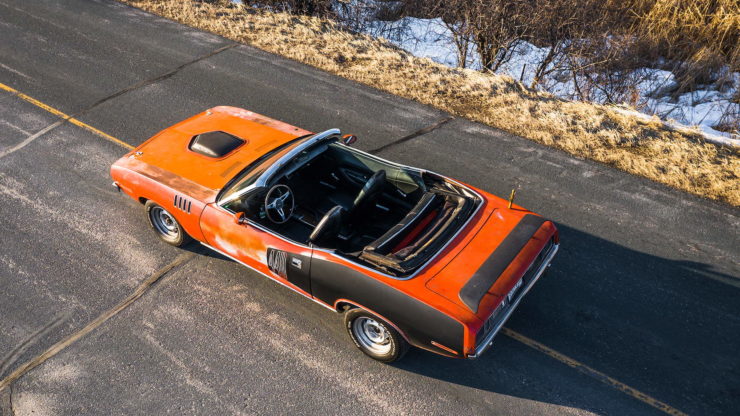 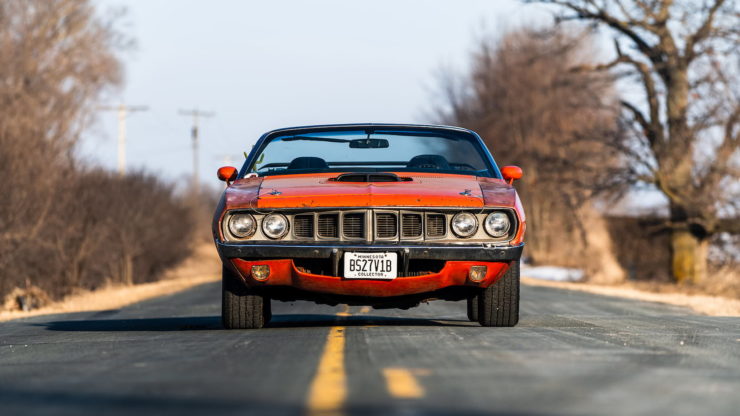 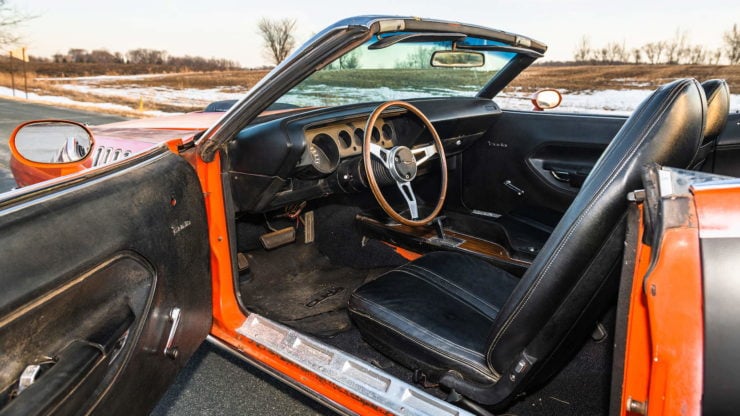 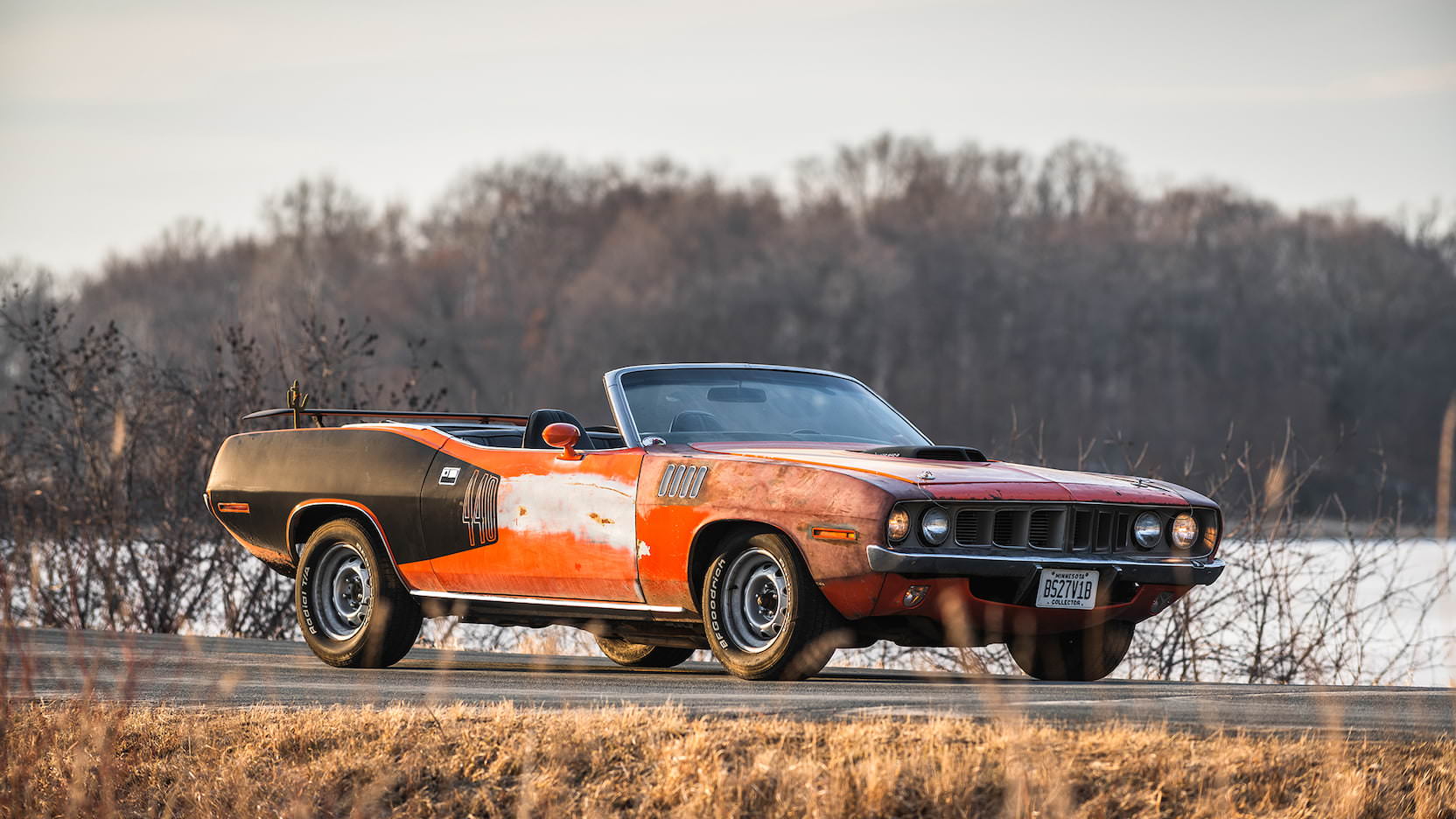 This is an original Porsche Carrera GT engine block, it’s been completely stripped down of all its components and it’s being offered for sale…

Rowan Atkinson is of course best known for his work as a comedic actor and writer, but what a lot of people outside the…