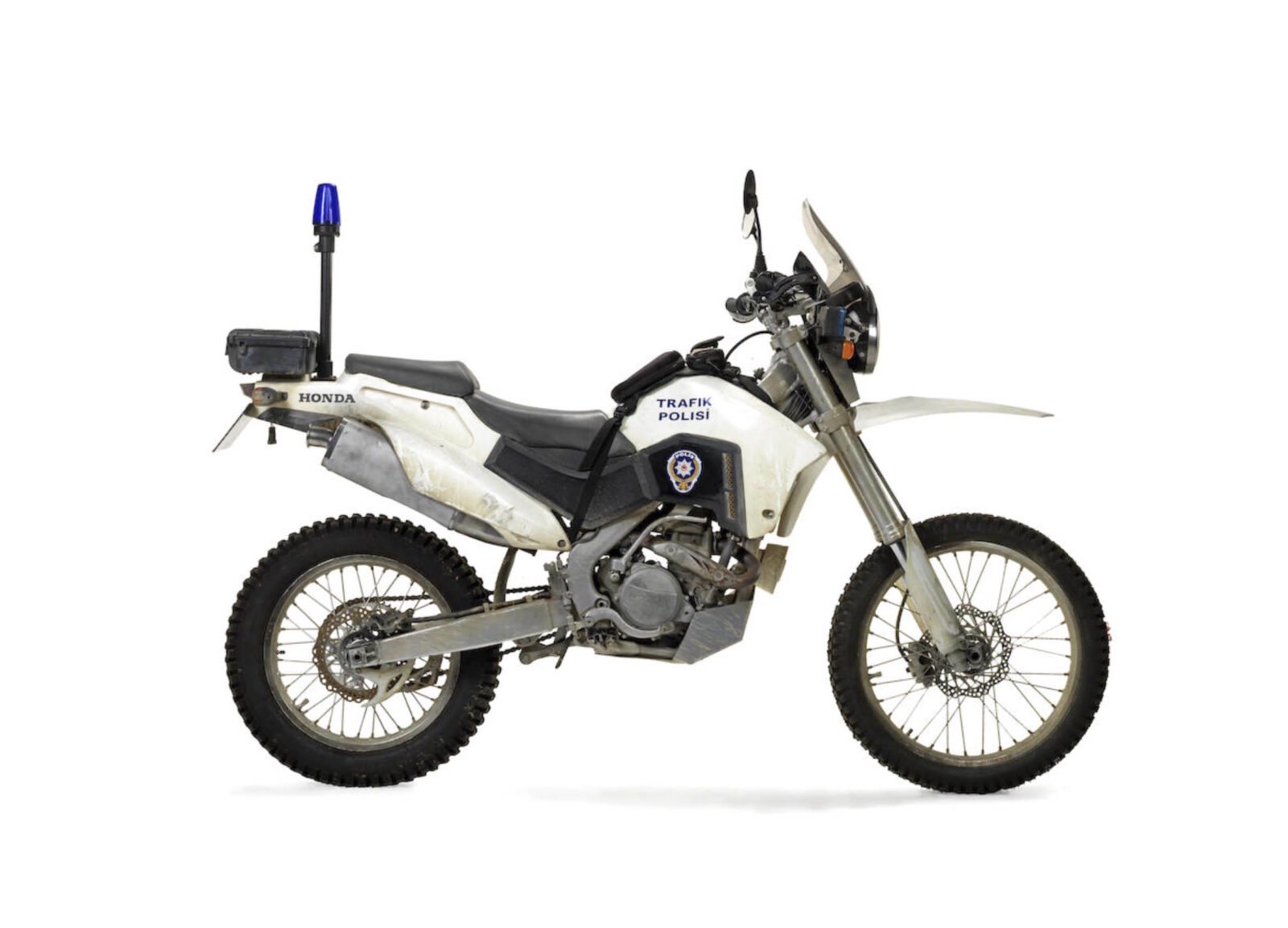 This is the Honda CRF250R from the opening sequence of the 2012 James Bond film Skyfall. It was modified to look like a Turkish police motorcycle, and it was piloted by Ola Rapace (but mostly by his stunt double) across the rooftops of Istanbul’s Grand Bazaar.

Skyfall is still the highest-grossing Bond film of all time, in fact it’s the 7th highest-grossing film of all time. 4 years after its release Skyfall is remembered as one of the most critically acclaimed of the 007 films – it also won two Academy Awards, two BAFTA Awards, and two Grammys. All of this has meant that the collectors who accumulate props, costumes and vehicles from the Bond films are even more interested in Skyfall memorabilia than they might otherwise have been – so this particular piece of 007 history is likely to garner a huge amount of interest.

The Honda CRF250R is a bike that lends itself well to the advanced riding that was needed during the Skyfall opening sequence, it weighs in at a feather light 227 lbs (wet), it has an advanced 48mm inverted Showa cartridge fork (with 16-position rebound and compression), a Pro-Link Showa single shock (with spring preload), and a rigid, aluminium frame.

This bike comes with a letter of authentication from Honda stating that it is the actual one used in the opening sequence of SkyFall, it was donated to a charity auction by Honda in 2013 where it was bought by its current owner – who is now selling it as part of the Bonhams Beaulieu Sale due to take place on the 3rd of September. The bike is offered in its exact specification from the film set, so it has special safety lock-wiring throughout, and non-functioning display instruments.

Bonhams list the mechanical condition of the bike as unknown, which is likely to due to the fact that it’s been a display piece since filming wrapped in 2011. Although it’s unlikely that the new owner will want to actually ride the Honda, it would obviously need a full recommissioning before any racing across the rooftops was attempted.

If you’d like to read more about this bike or register to bid, you can click here to visit the listing on Bonhams. 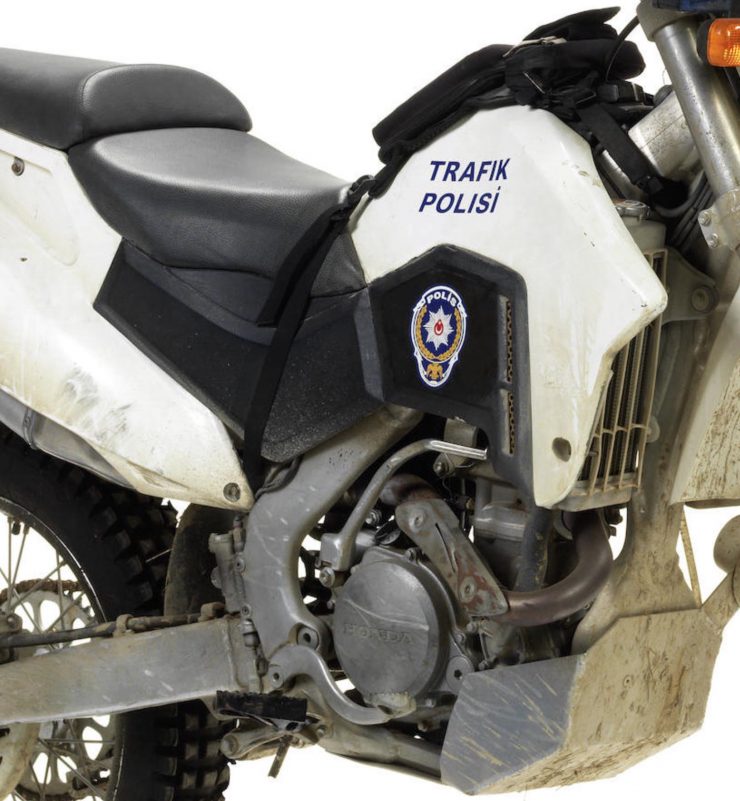 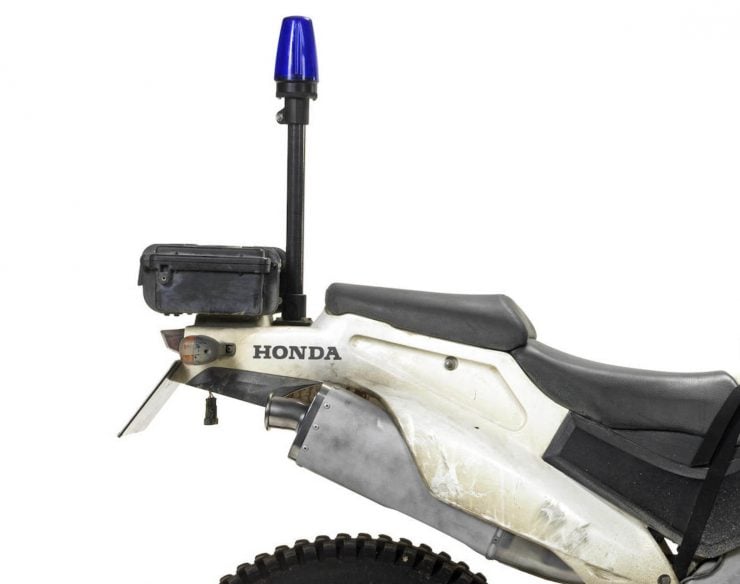 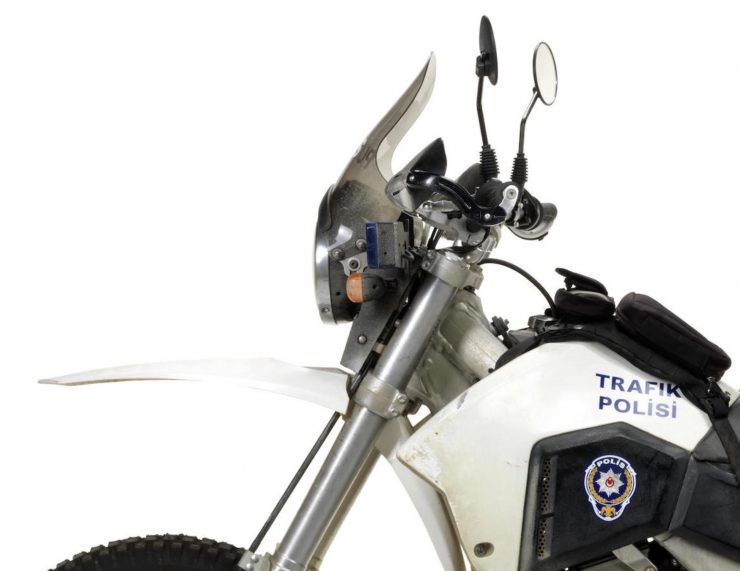 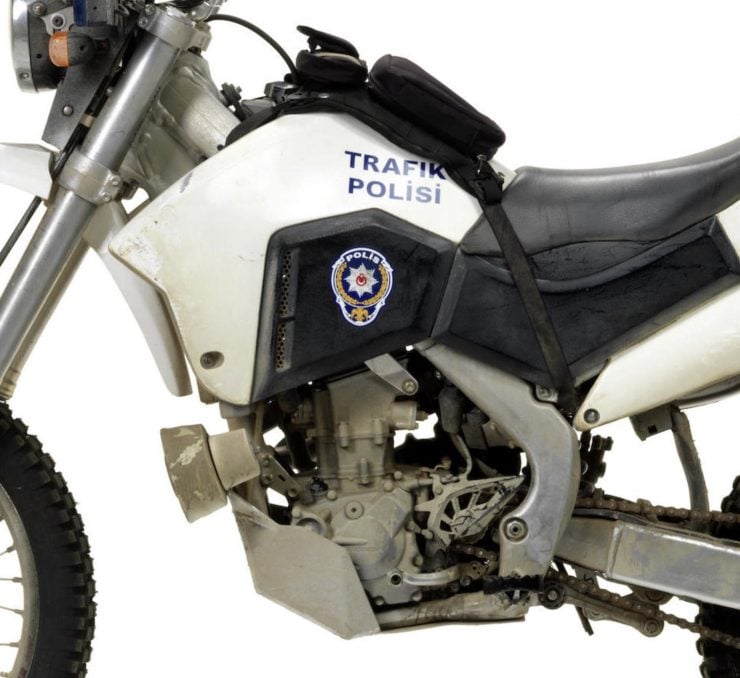 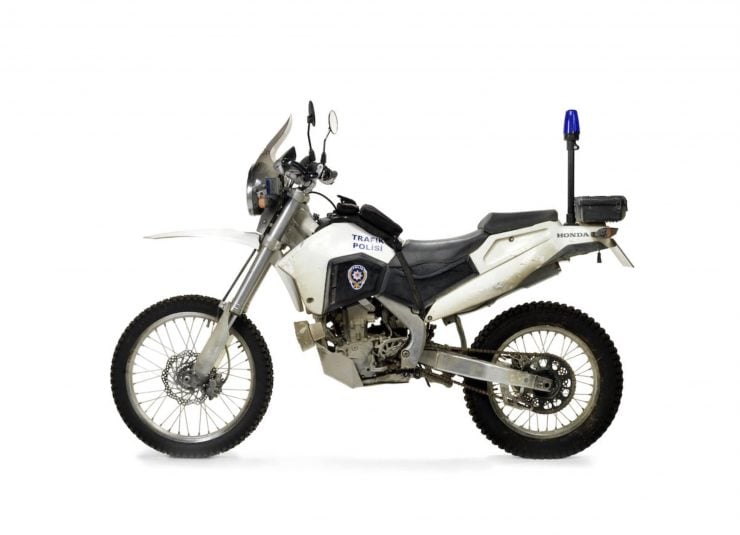 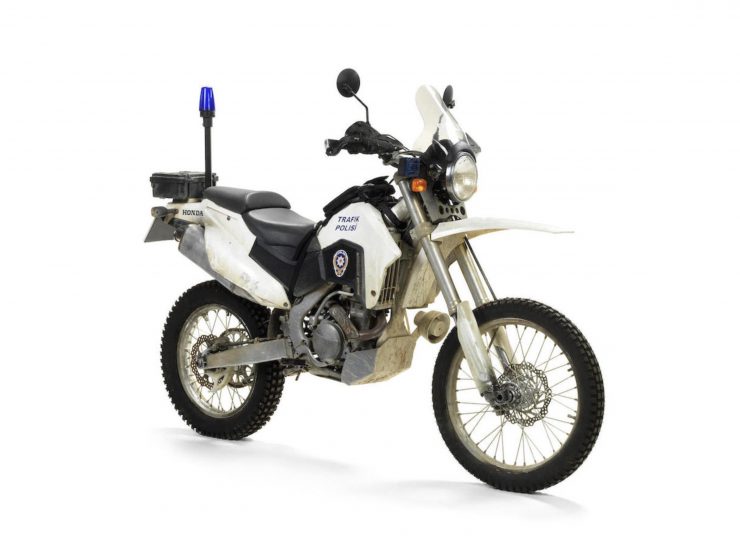