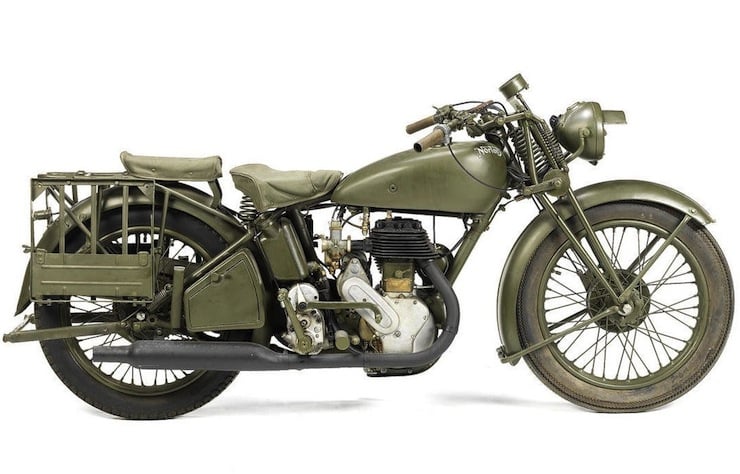 I’m sometimes dumbfounded by the relatively inexpensive nature of some of the historic motorcycles that come up for auction, this bike is a 1944 Norton 490cc Model 16H Military and its estimated sale price is just $6,200 to $7,700 USD – which I think is pretty damn reasonable. It effectively puts a vintage motorcycle that saw action during WWII into the same price range as a secondhand Bonneville or Sportster, though I love both of those models I’d much rather be hammering around town on something like this army green Norton.

The Norton 16H had an extraordinarily long lifespan, they were originally introduced in 1911, then built through to 1954. The 16H was fitted with a 490cc side-valve engine and had a bore/stroke of 79/100mm, the “H” in the name simply means “Home”, the Nortons that were built for service overseas with the Australian, New Zealand, Indian and the Canadian Armies were denoted with a “C” for “colonies”. 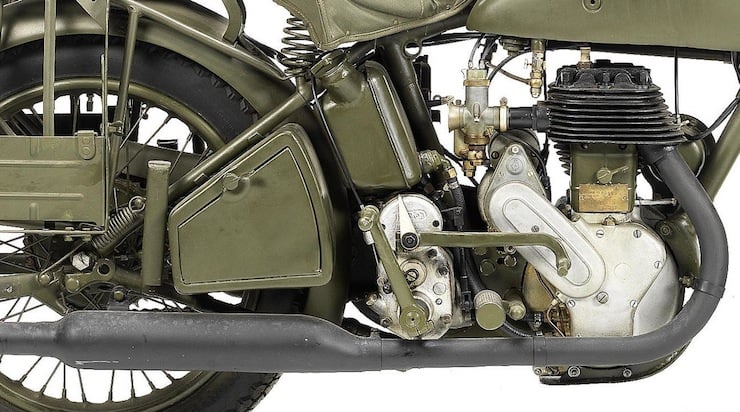 Norton was the primary motorcycle supplier to the British Military during WWII, almost 100,000 of the humble Norton 16H Model were built for service. Due to the relatively high ground clearance and solid reliability the Norton was favoured for despatch work, it was also used for training, reconnaissance, convoy control and escort duties.

This particular 16H was bought from the Athens Hassani military airport after WWII, it was restored in 2007 with the assistance of Vassilios Papaioanou and is now presented in running order, it also benefits from a recent servicing and is described as in generally very good and rideable condition.

If you’d like to pick up a Norton 16H and add it to your collection you should pop along to the Staffordshire County Showground on the 28th of April 2013 for the Bonhams auction, make sure you take your helmet with you, so you can ride it home. 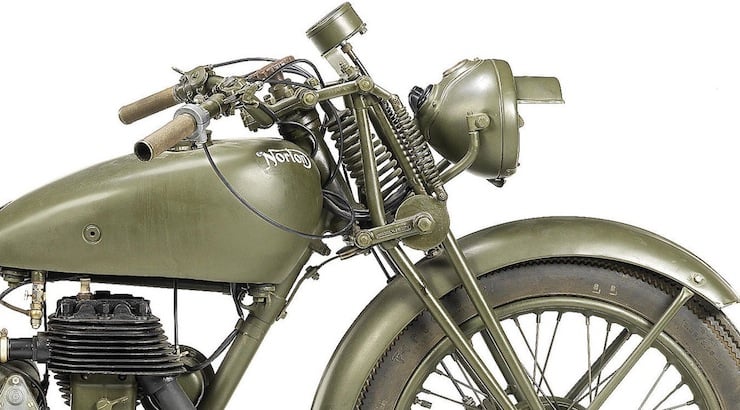 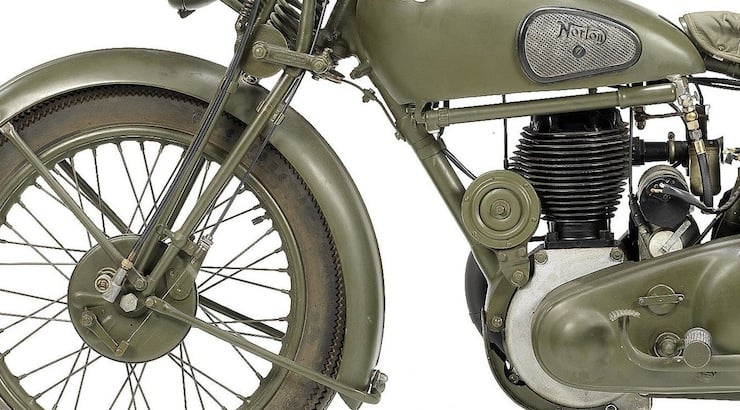 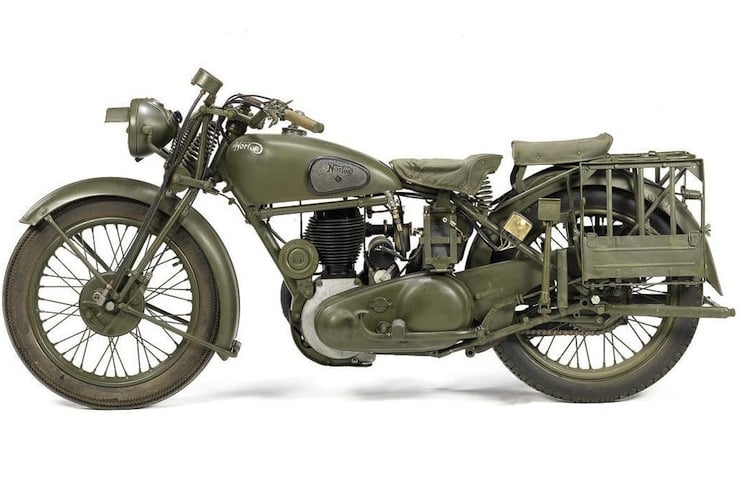 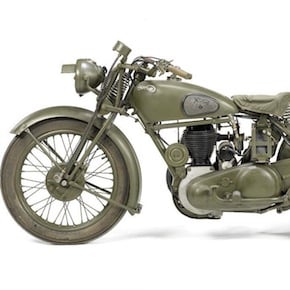