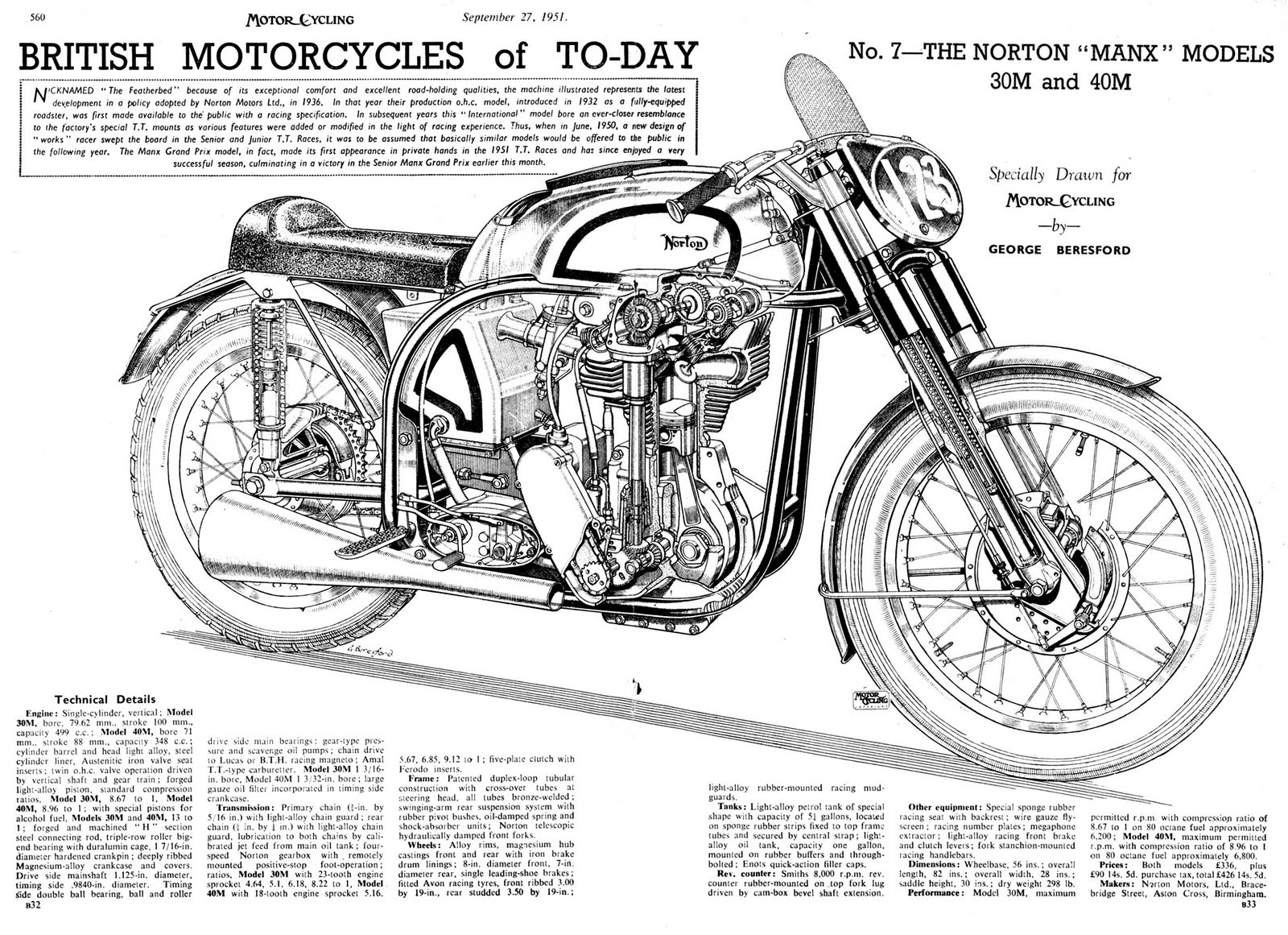 The Norton Manx is deservedly remembered as one of the most iconic motorcycles of all time, it was built from 1947 until 1962 however even today in 2013 – you can still buy a brand new Featherbed-frame and build your own.

This fantastically detailed cutaway drawing was created in 1951 by George Beresford for Motor Cycling Magazine in Britain. This bike is the 499cc 40M model, it has a twin valve, DOHC, single cylinder engine capable of winning the Isle of Man – if ridden by the right chap of course.

If you’d like to read more about the Norton Manx, there’s a fantastically well-written history of the model here, written by Frank Sider. 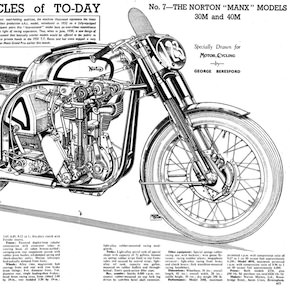