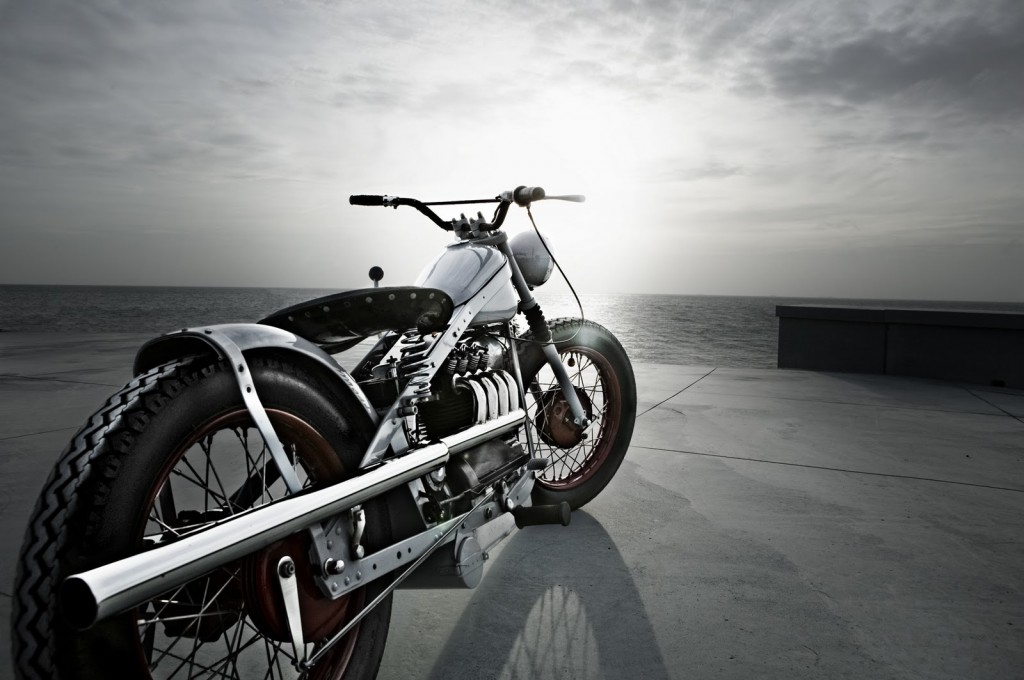 There’s a school of thought that vintage motorcycles should be either left the hell alone or restored to original spec. I don’t belong to that school of thought when it comes to most motorcycles, so long as there are plenty of original examples still on the road. Anyone chopping up a Brough Superior would still righteously piss me off, for example.

Fortunately, rarity isn’t a problem for the Nimbus. There are estimated to be almost 10,000 of them still kicking along in Europe and there’s a huge community of enthusiasts, spare parts suppliers and web forums dedicated to keeping the old horses on the road.

This modified 1950 Nimbus Bobber is the brainchild of Kim Scholer, a Danish man who says he chose the 22hp inline 4 due to the fact that it isn’t fast enough to get him into trouble. It’s hard to place the Nimbus into any particular category, it’s both vintage and retro, it almost has the lines of a motorcycle that Jacques-Emile Ruhlmann would have designed if he’d been so inclined and it’s grey/chrome/red paint scheme is at once both understated and remarkable.

The air-cooled inline 4 isn’t a common sight anymore which is a bit of a shame, their side profile is just beautiful and the work that’s been done on this bike’s exhaust is almost steampunk-esque perfection.

Read more on the Nimbus via BikeEXIF and Pipeburn. 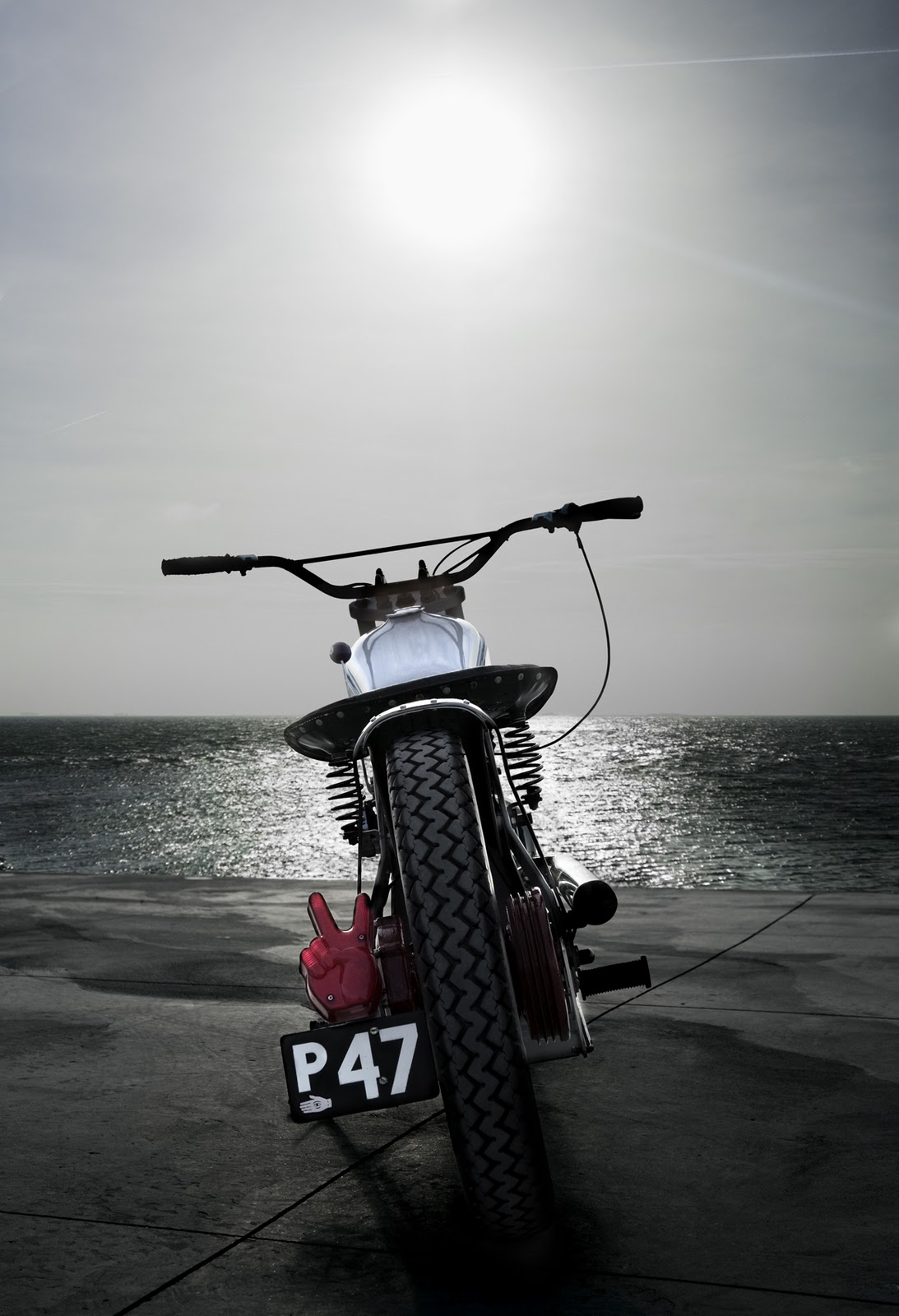 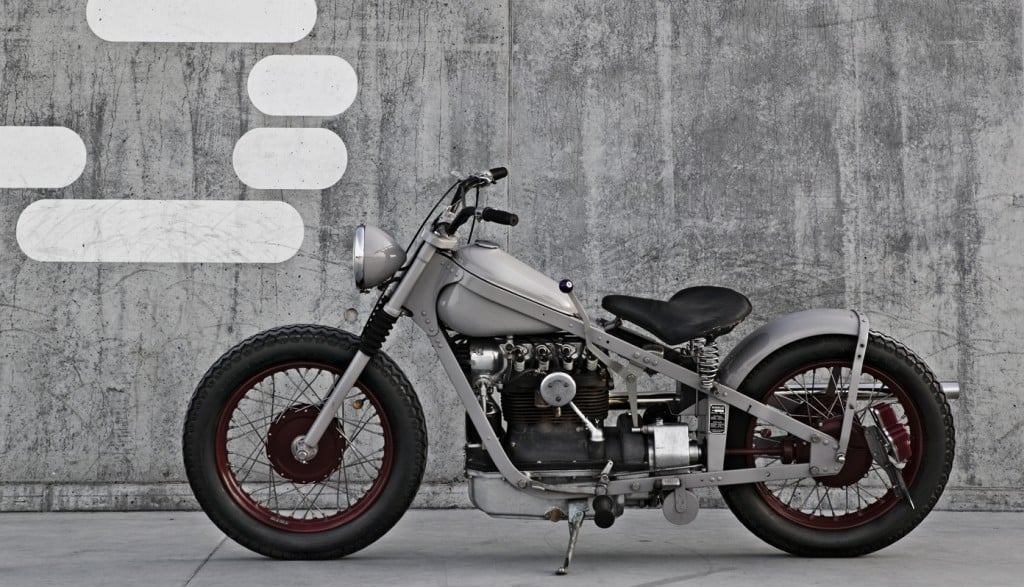 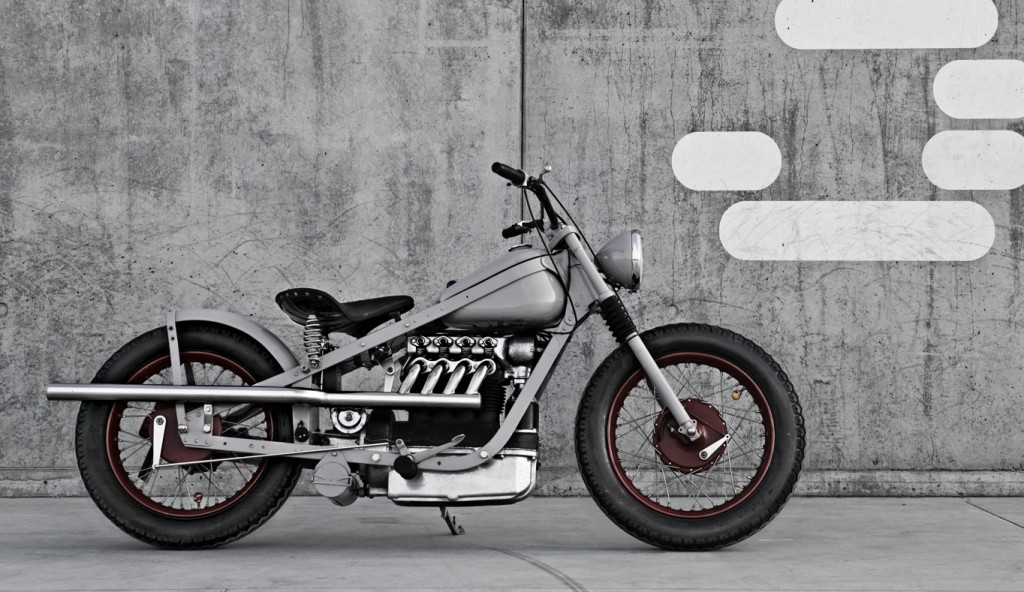 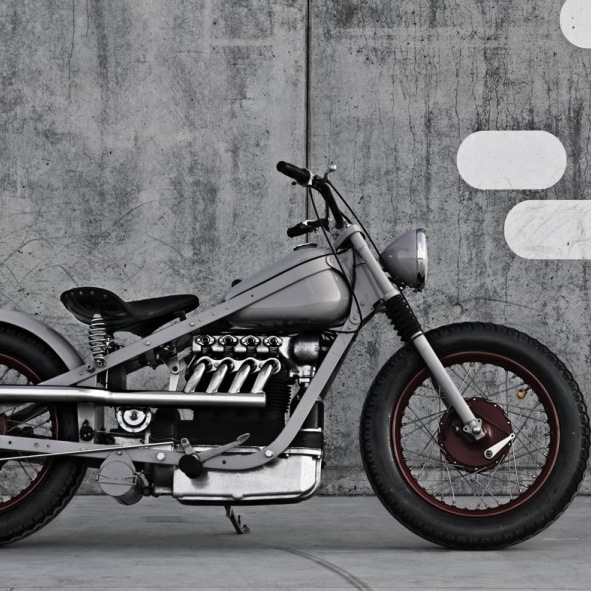