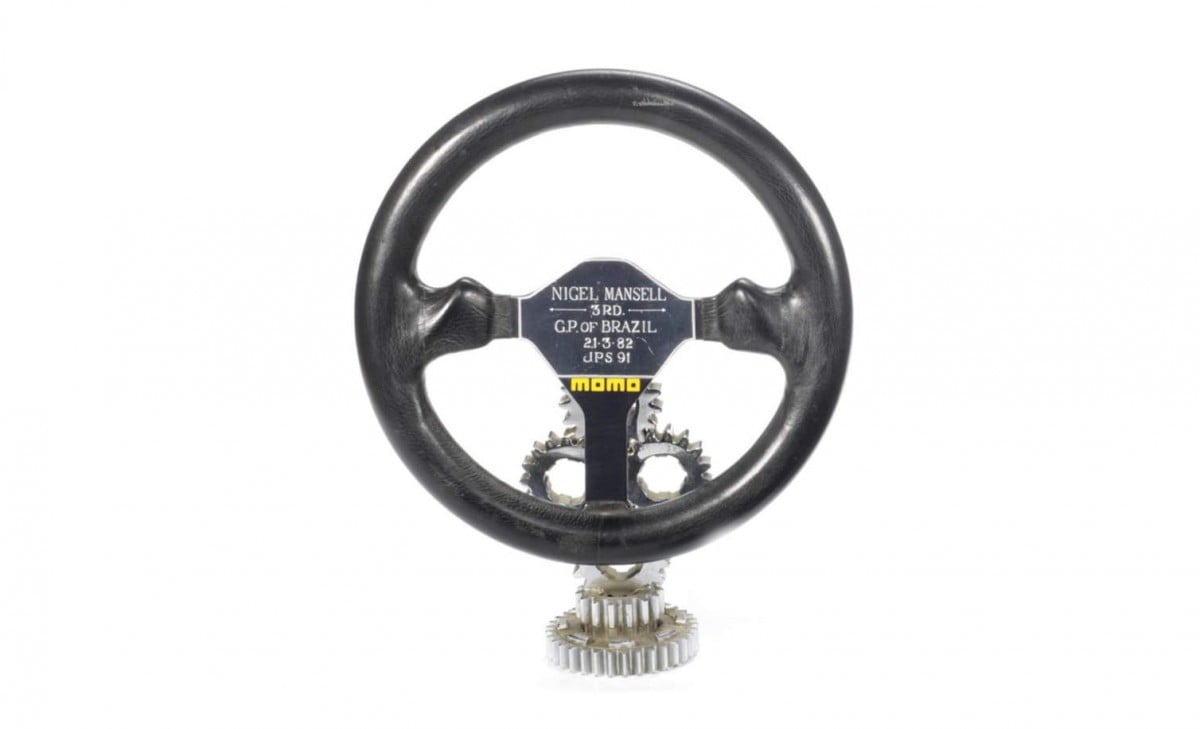 This is Nigel Mansell’s Momo steering wheel from the 1982 Brazilian Grand Prix, it was originally fitted to his John Player Special Lotus 91, it’s the wheel he used to steer himself to the 3rd place step on the podium and it’s now been mounted on a stack of gearbox cogs.

The JPS Lotus heritage combined with the Mansell heritage make this a highly collectible piece of memorabilia, surprisingly it’s been valued at just over $1,000 USD – making it an almost affordable piece of history from the golden age of motorsport. 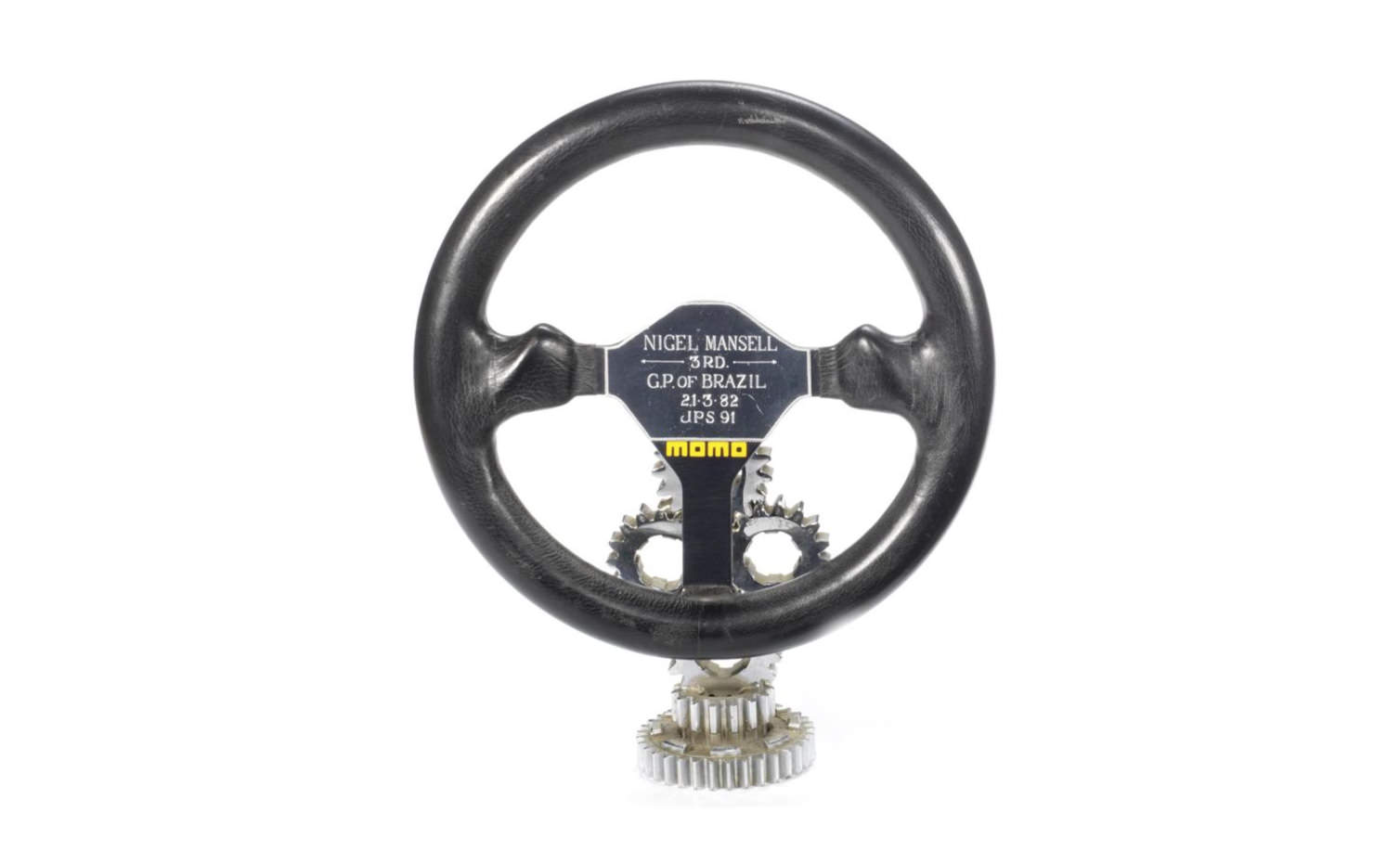