The Ner-A-Car, or Neracar as it was known in England, still holds the record as the most prolifically produced motorcycle with hub center steering ever built – beating both the Yamaha GTS1000 and the Bimota Tesi by quite a margin.

The Ner-A-Car is a motorcycle that was designed in the late 1910s as though motorcycles had never been invented. It has a pressed-steel perimeter frame chassis, hub-center steering, and an unusual friction drive transmission that acted almost like a semi-automatic gearbox.

The name of this unusual motorcycle is a portmanteau with a double meaning, it’s supposed to sound like “Near A Car” but it’s also a play on the designer’s name Carl Neracher. 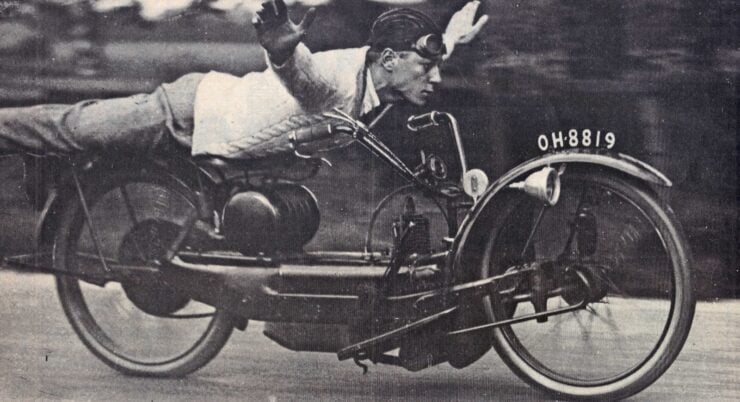 The Ner-A-Car was famous for being so stable it could be ridden without touching the handlebars – a feature that was popular with more daring owners.

Neracher developed the prototype of the Ner-A-Car in the late 1910s to address a number of shortcomings he saw in then-modern motorcycle design.

His goal was to create a motorcycle that was as comfortable and easy to use as an automobile, it had to be easy to operate, it needed to be suitable for use by both genders, it needed to be much cheaper than a car, and it needed to protect the rider from the dirt, mud, grime, and soot that covered many of the roads in America at the time.

The design he came up with was unique, with some influences from earlier motorcycles like the hub-centre steering that had been introduced on Tooley’s Patent Bi-Car of 1904, and the pressed-steel chassis of the Militaire Autocycle of 1911.

That low-slung chassis and engine gave the Ner-A-Car a low center of gravity and excellent stability, this combined with the hub-center steering made the bike so stable it could be ridden by a person kneeling on the seat with their hands hand-cuffed behind their back – a feat that was used to demonstrate the safety of the Ner-A-Car’s design. 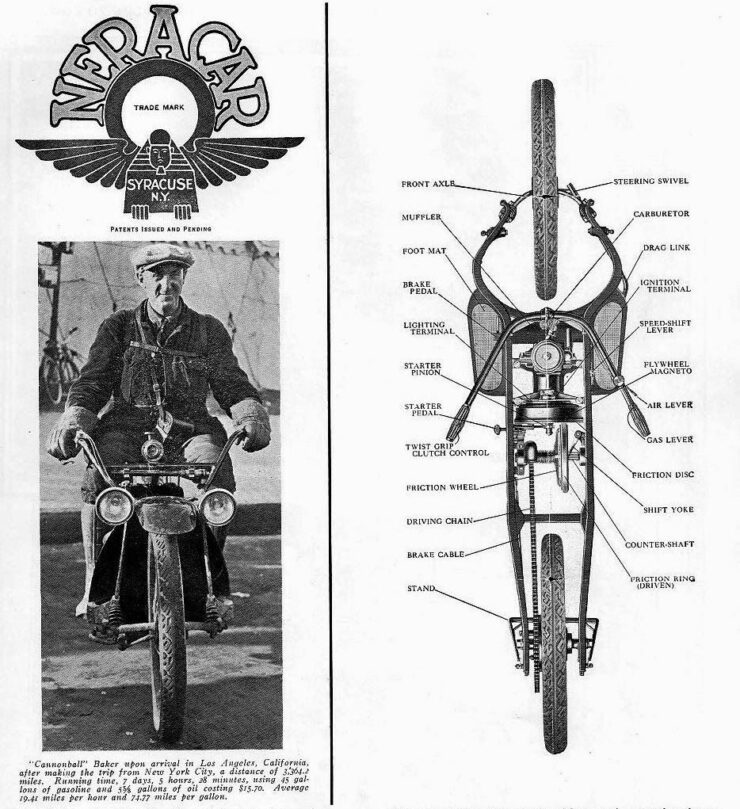 An image of Erwin “Cannonball” Baker after arriving in Los Angles from New York after a trip of 174 hours and one minute on his Ner-A-Car. The image on the right shows a cutaway view of the Ner-A-Car’s drivetrain and controls.

“I have ridden a lot of fine handling motorcycles in my day, but I NEVER RODE ANYTHING that would come so near to steering itself as a Neracar. A popular demonstration of this Neracar by dealers and salesmen who sold it was to stand up on the footboards, ride it over rough roads, with hands behind their backs.”

“I have pictures of Neracar riders standing in the saddle, other kneeling on the saddle with their hands locked in handcuffs.” – Erwin “Cannonball” Baker via The Vintagent

Baker was so impressed with the design he later started his own Ner-A-Car dealership in Los Angeles. 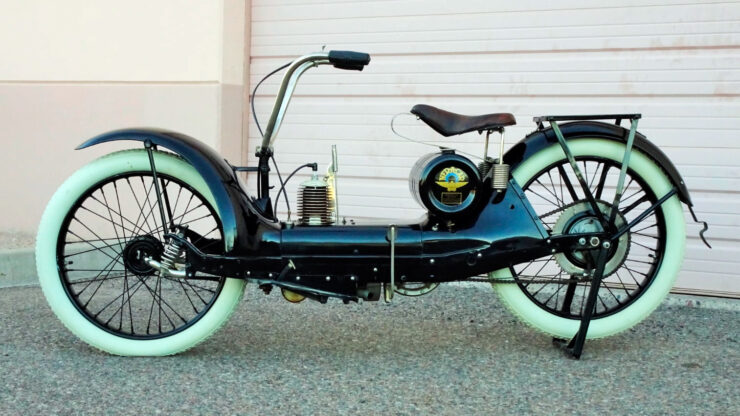 The ample front and rear fenders were designed to protect the rider from the mud, dust, and debris that was regularly encountered on the primarily unsealed roads in use in the United States at the time.

There can be little doubt that the Ner-A-Car was the strangest looking mass production motorcycle of the 1920s on either side of the Atlantic, but its strange looks were underpinned by some remarkable engineering, and things parts like its perimeter frame and hub-center steering would come back into vogue many decades later.

The Ner-A-Car you see here is a 1921 model from the first year of production. This restored example is one of the American-built bikes and it’s presented today in excellent original condition right down to the white tires and the graphics on the side of the under-seat fuel tank.

We only rarely see these come up for public sale and it’s not known exactly how many of the original 16,500+ original Ner-A-Cars still exist – though it’s fair to say it’s only a fraction of that number.

This example is due to cross the auction block with Mecum at the Las Vegas Motorcycle Auction in January 2022. At the time of writing there’s no price guide listed. If you’d like to read more about it or register to bid you can click here to visit the listing. 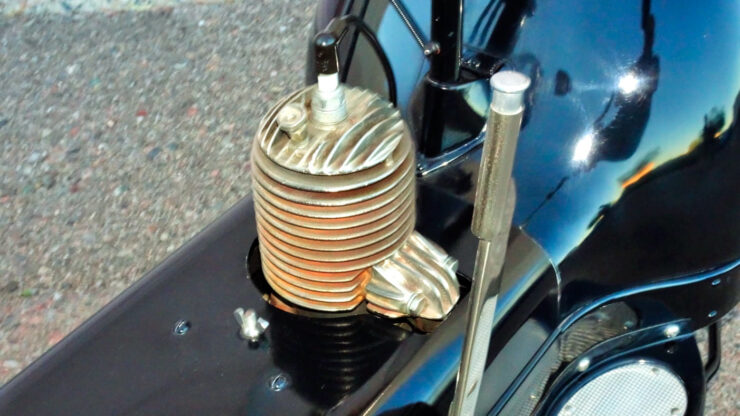 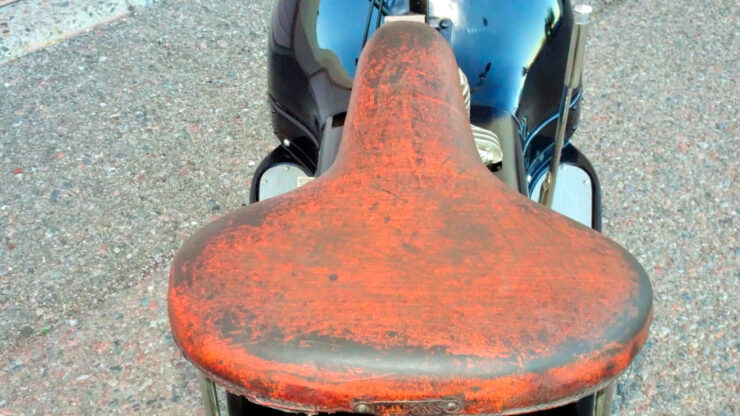 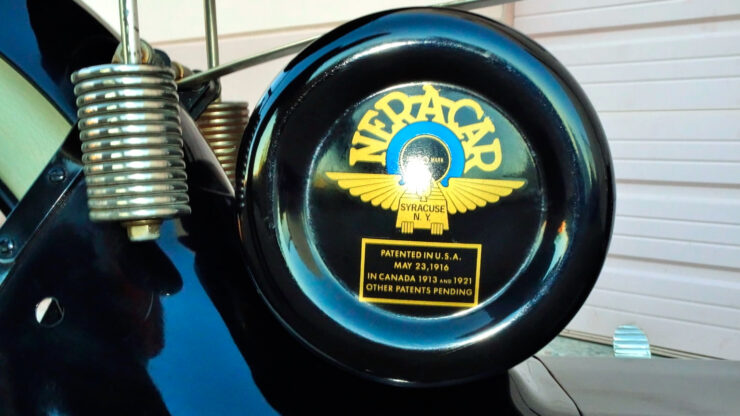 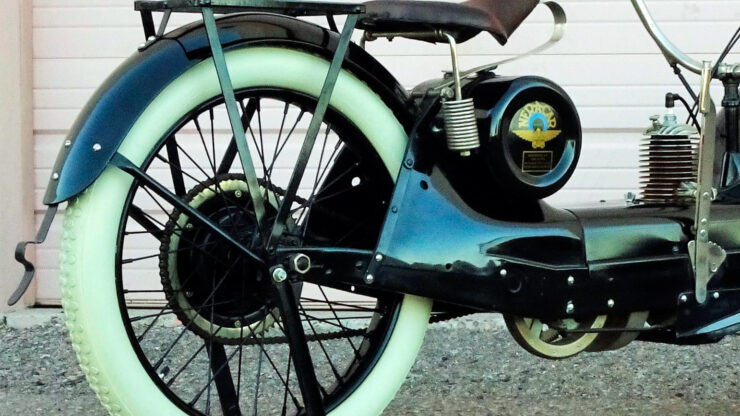 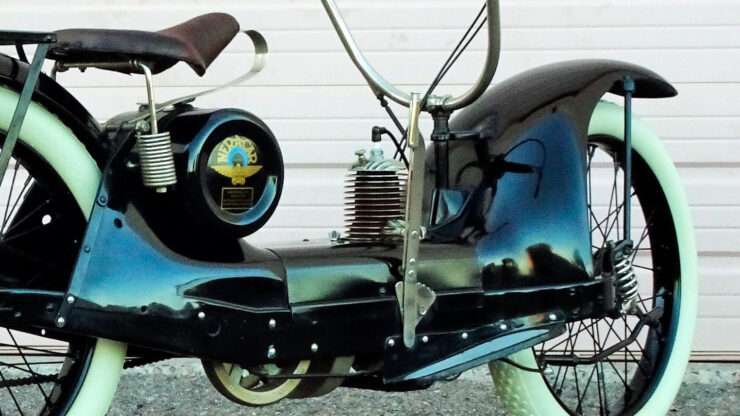 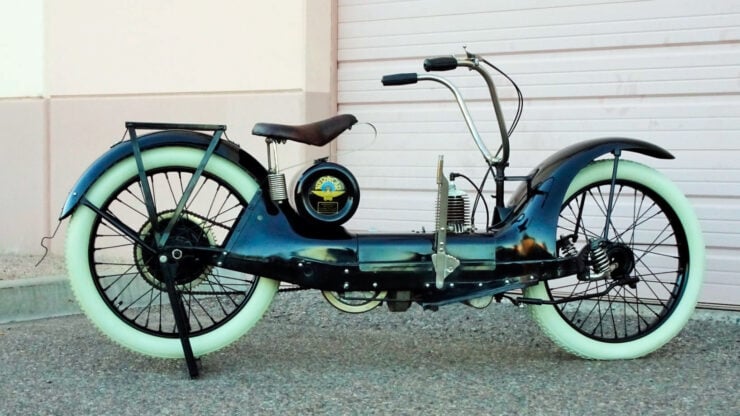 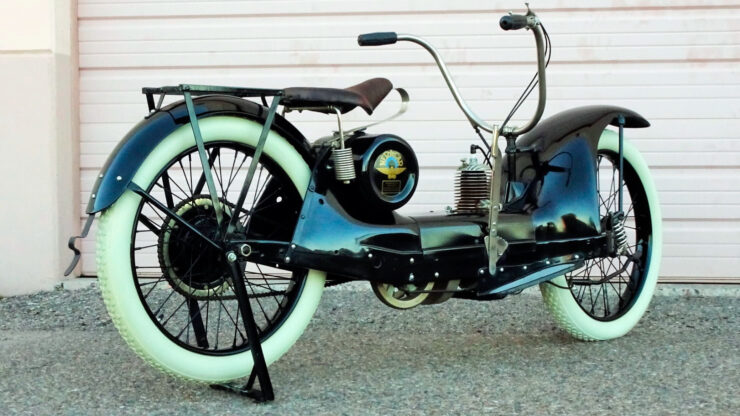 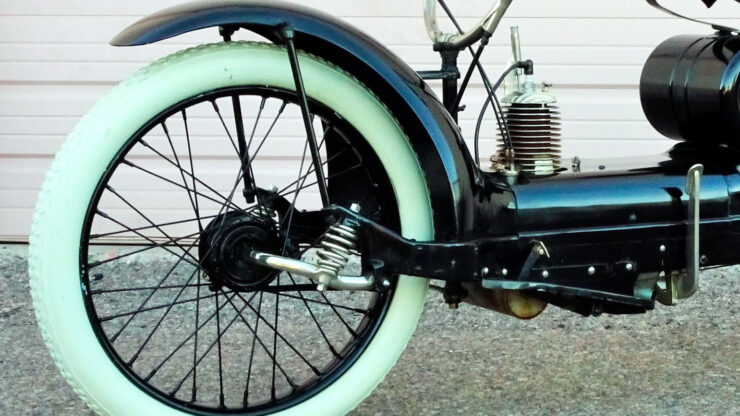 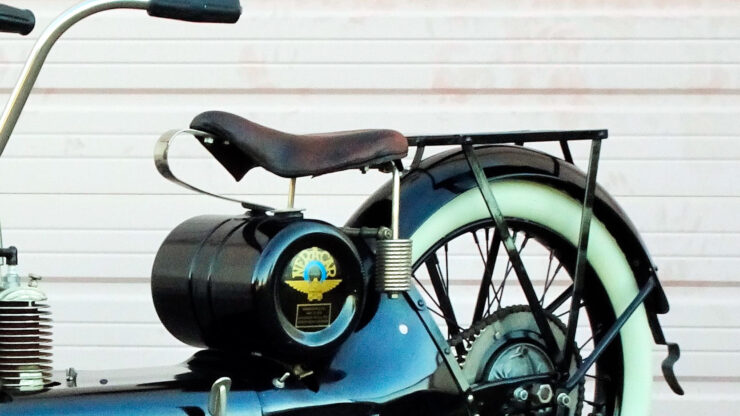 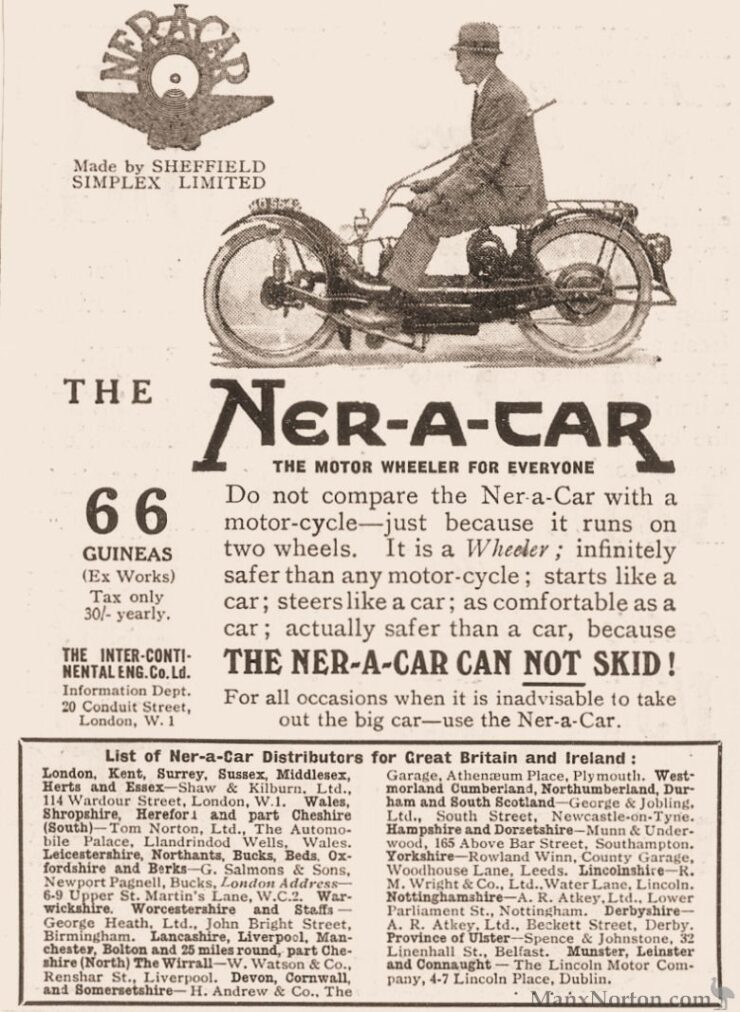