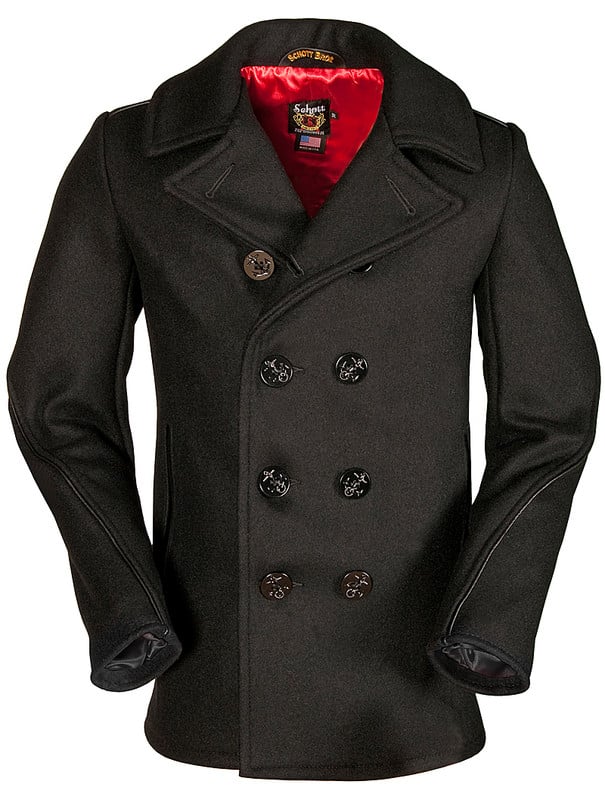 The Schott Naval Pea Coat is one of the more handsome coats available for the winter season, it’s made of Melton Wool and has leather detailing with a red satin lining.

Schott jackets are designed and made in America and are famous for their iconic looks and rugged durability. They recommend you order 1 size up for a close fit and 2 sizes up for a loose fit, you can grab yours here for $300 USD via the official Schott Store.