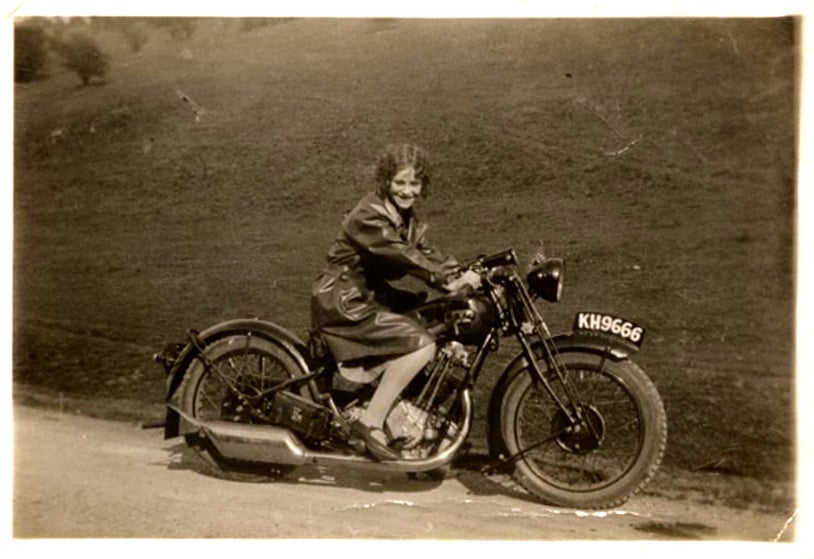 I can’t for the life of me figure out what she’s sitting on, if you think you know tell us all in the comments below. Going by what the girl is wearing, I’m going with a 1920-something British origin, but I’ve been wrong before.