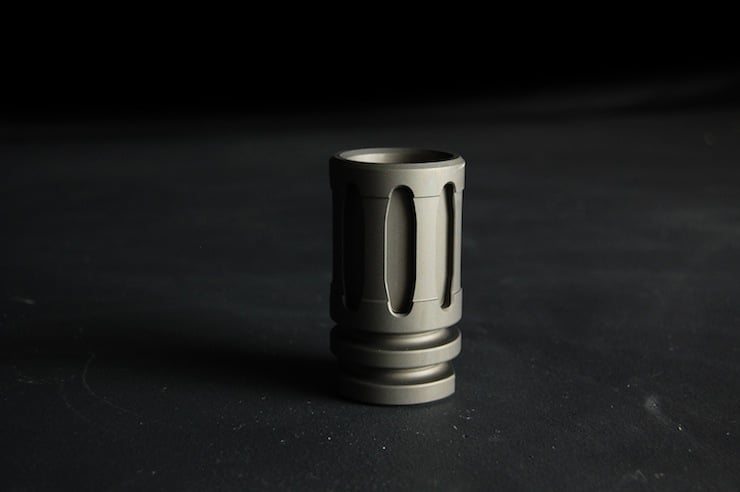 The MuzzleShot is a shot glass machined from a block of billet heat-treated aluminium, each ‘glass’ has a 1.5 ounce capacity and offers a zero-flavour-transfer anodised finish. If you’ve been looking around for the perfect Father’s Day gift and your Dad is a fan of whiskey, firearms and engineering, this may very well be the perfect thing for him.

The MuzzleShot glasses are sold individually or in custom Pelican Cases containing 2 or 4, they’ll have an exceedingly long life due to their unbreakability and I imagine that they’ll make fantastic and somewhat unique family heirlooms.

“MuzzleShot, the tactical shot glass, is a shot glass styled after the flash hider for the M16A2 family of weapons. It is machined from a single block of billet heat-treated aluminum, anodized to MIL-A-8625 Type II on the finish. The MuzzleShot is available as a single item or in packs of two and four with their very own custom designed Pelican case. A cordura nylon carrying pouch is also available. MuzzleShot is sourced, designed and manufactured in Alexandria, VA by Leitner-Wise Manufacturing.” 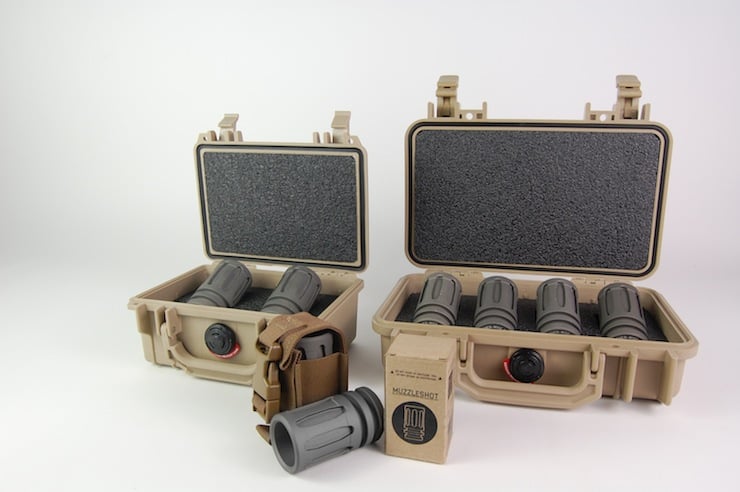 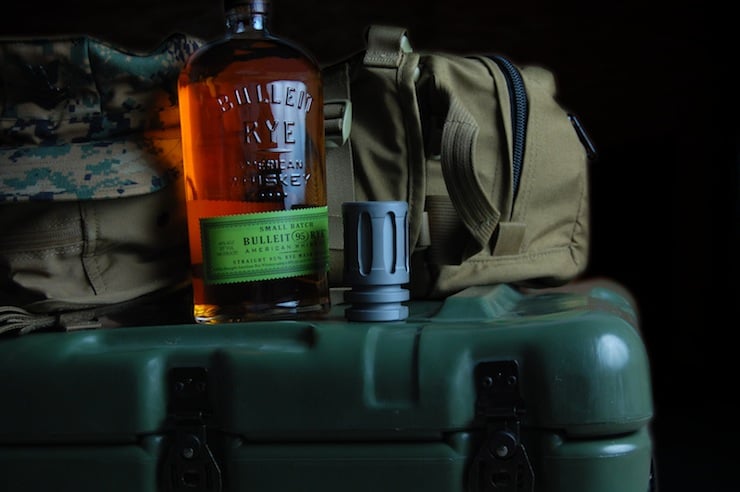 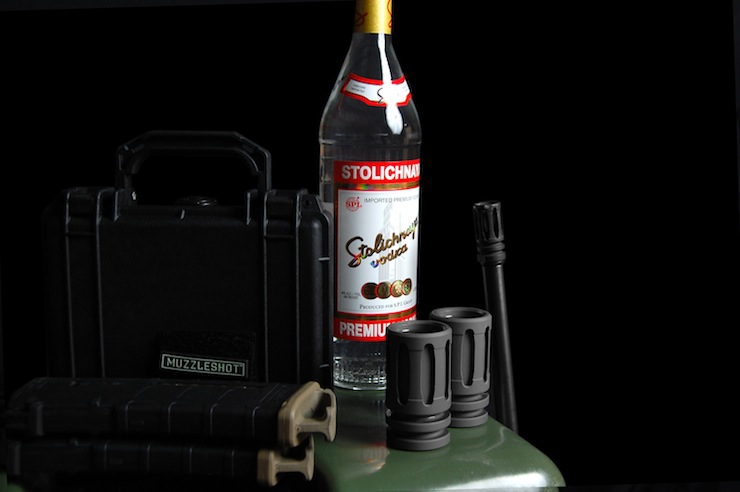 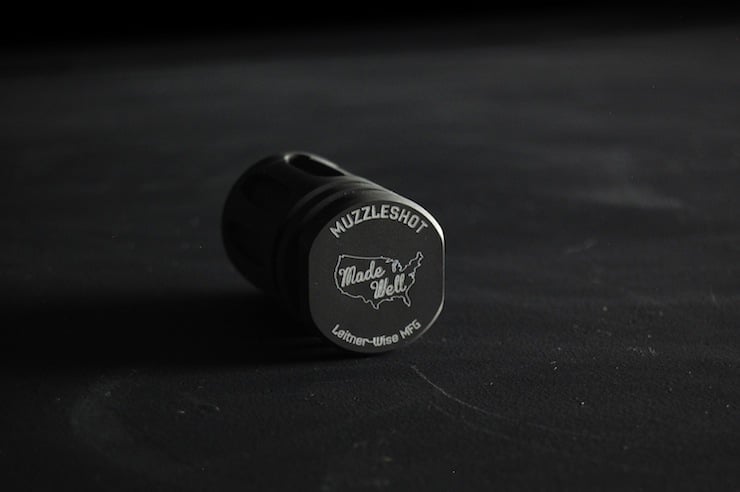 Published by Ben Branch - May 30th 2013
Related Posts
The Most Beautiful Motorhome Of The 20th Century? This Is The 1937 Western Clipper

The series of Western Clipper Motorhomes were designed by the prolific and influential industrial designer Brooks Stevens, before the United States entered WW2 in the late 1930s and very early 1940s. A number of unique though similar designs were used, they’ve been hailed as the most beautiful motorhomes of all time and compared with the…

The Merlin Edale jacket is a new design from the British manufacturer that was developed using an outer shell of Cotec, a new fabric developed by the famous Scottish mill Halley Stevensons. Cotec is a technologically advanced rethink of traditional waxed cotton, incorporating state-of-the-art fibres to offer better breathability, easier maintenance, and much improved abrasion…

The Sturdy Brothers Overlanding Car Kit Tool Roll is handmade in Georgia, USA from waxed canvas, full grain buffalo leather, copper, and brass. Its design is loosely based on the original Toyota Land Cruiser 100 Series factory tool roll, with a series of changes to make it suitable for any car, truck, or 4×4. The…

The Wishbone is a custom car built by Ed “Big Daddy” Roth in 1967, it proved to be a disaster for him and his company, he became so incensed with the car he had it cut up and thrown away – forever removing the car from the face of the Earth. Or so he thought….