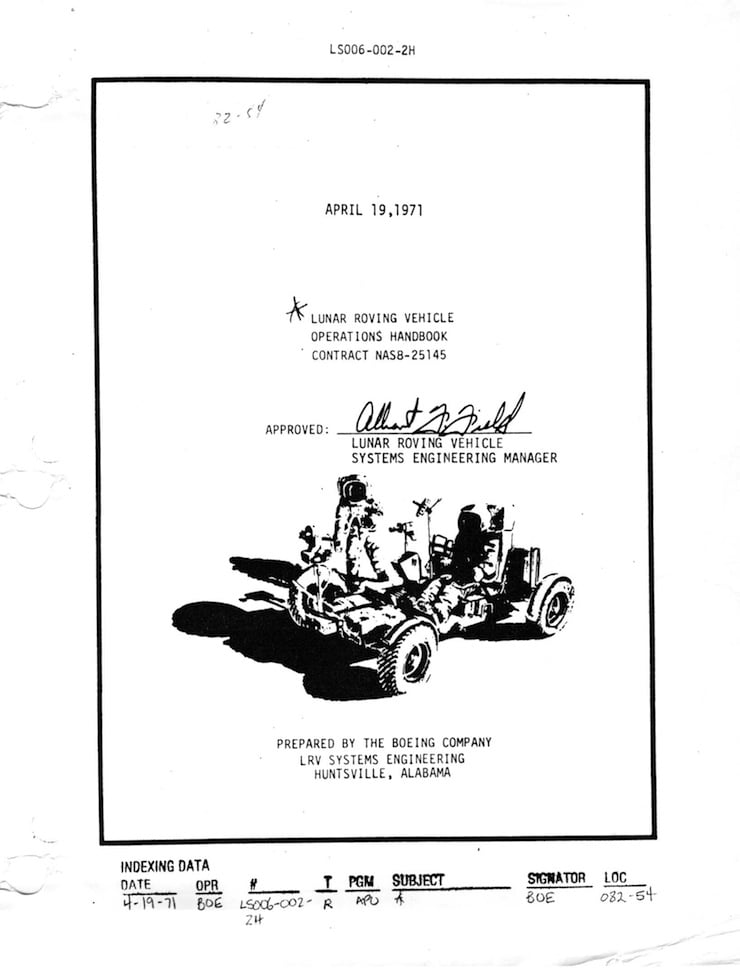 The Lunar Rover Operations Handbook was standard issue to the Apollo 15, 16 and 17 crews – the date on the handbook listed here indicates that it was the first of the rover manuals as Apollo 15 left from Houston on July the 26th 1971.

The Apollo 15 Lunar Rover would cover a total distance of 27.8 kilometres (17.27 miles) and would demonstrate the invaluable nature of a vehicle – given the time-sensitive nature of moon missions and the difficulty encountered by Astronauts when trying to carry large quantities of lunar rock samples back to the Landing Module.

The Rover (or “Moon Buggy” as it’s colloquially known) had a weight of 210kgs (463 lbs), which resulted in a lunar weight of just 35.0kgf (77.2lbf), it could hold a total payload of 490kgs (1,080lbs) on the lunar surface, which was remarkable given the fact that this would be the first time a human-piloted rover would operate off of the Earth.

Of the 4 Rovers that were built, 3 remain on the Moon, next to the respective lower-stages of the Lunar Excursion Modules and one was used for spare parts after the cancellation of the Apollo 18 mission slated for February 1972.

If you’d like to learn more about the little buggy that could – NASA has the complete Lunar Rover Operations Handbook available as a free download, you can also choose to download specific chapters if the full 38mb download is too much. Wikipedia has a fanastic entry detailing the life and times of the Lunar Roving Vehicles and there’s a 10 minute film over on YouTube showing the rover being deployed on the Moon’s surface for the first time. 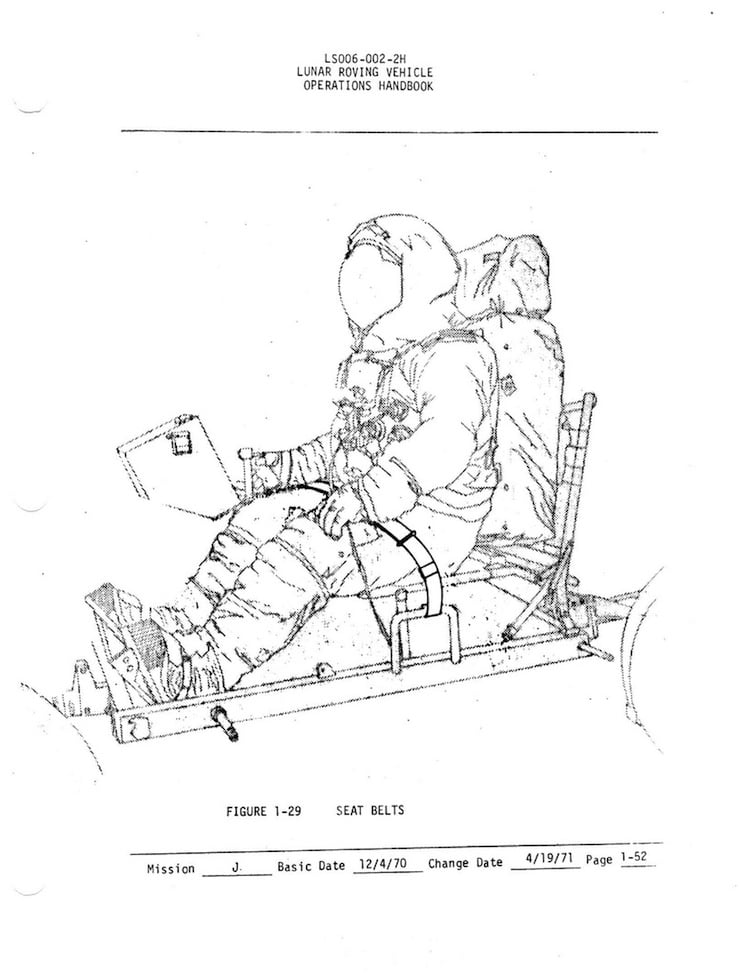 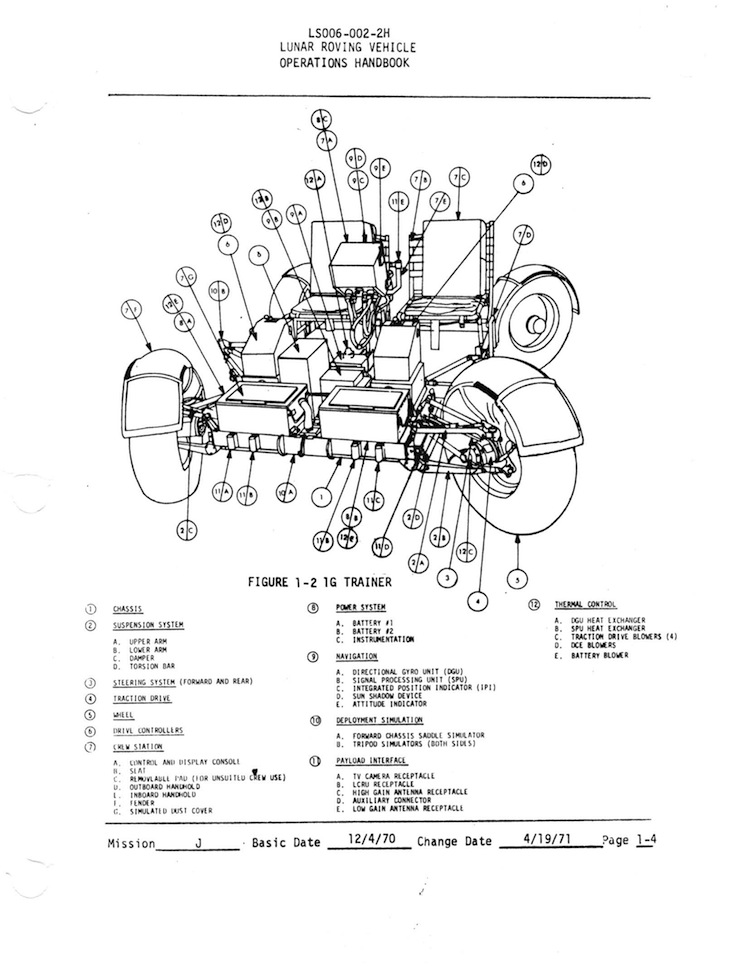 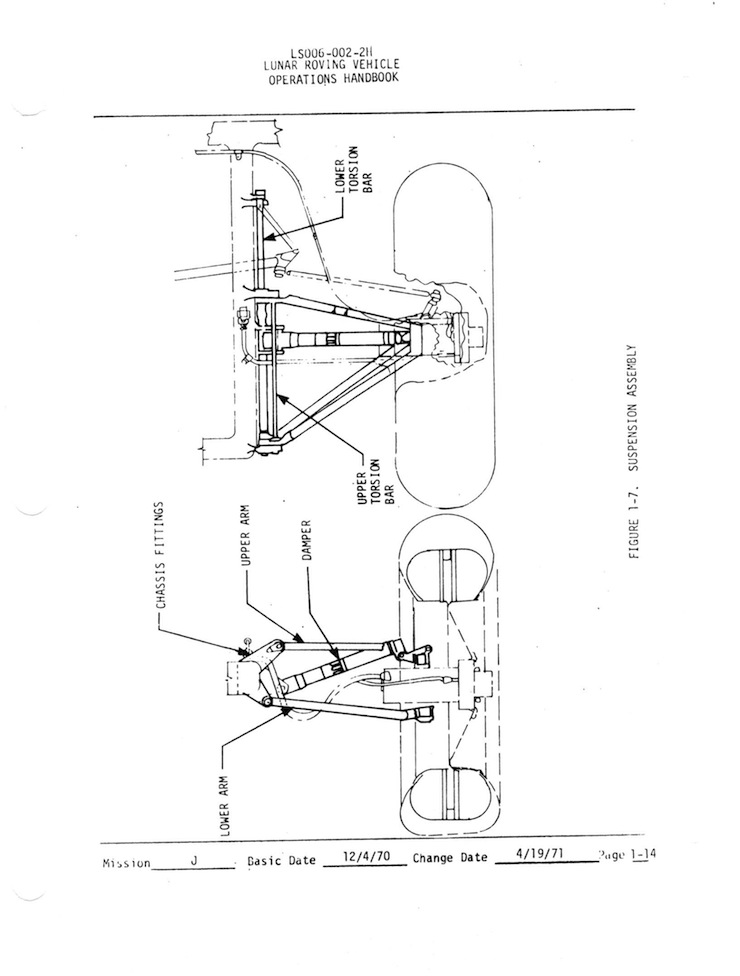 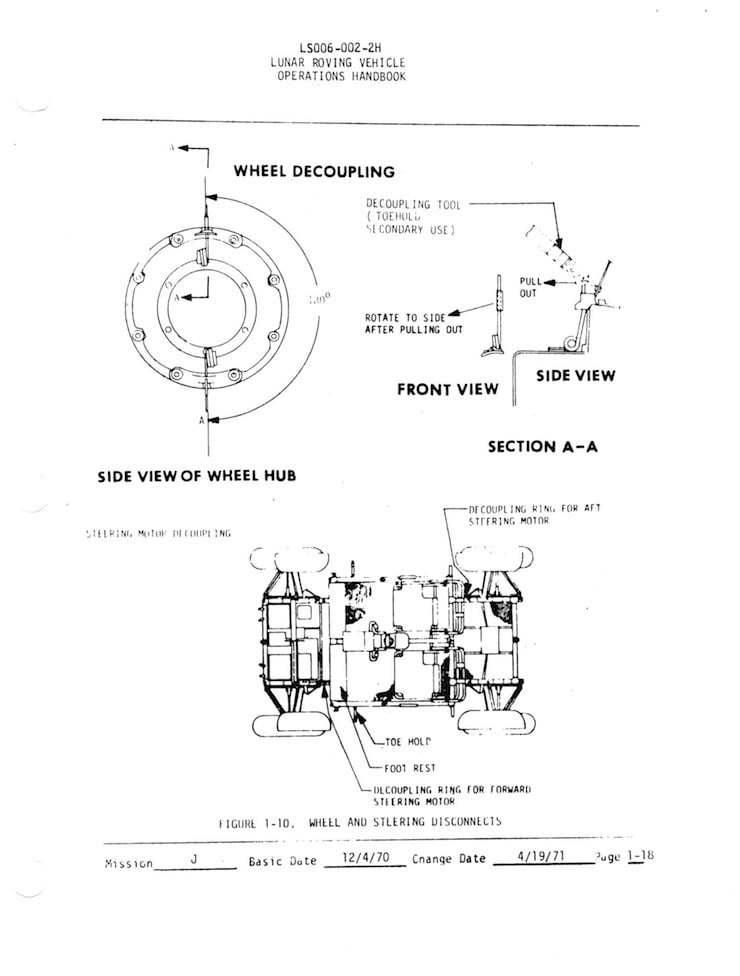 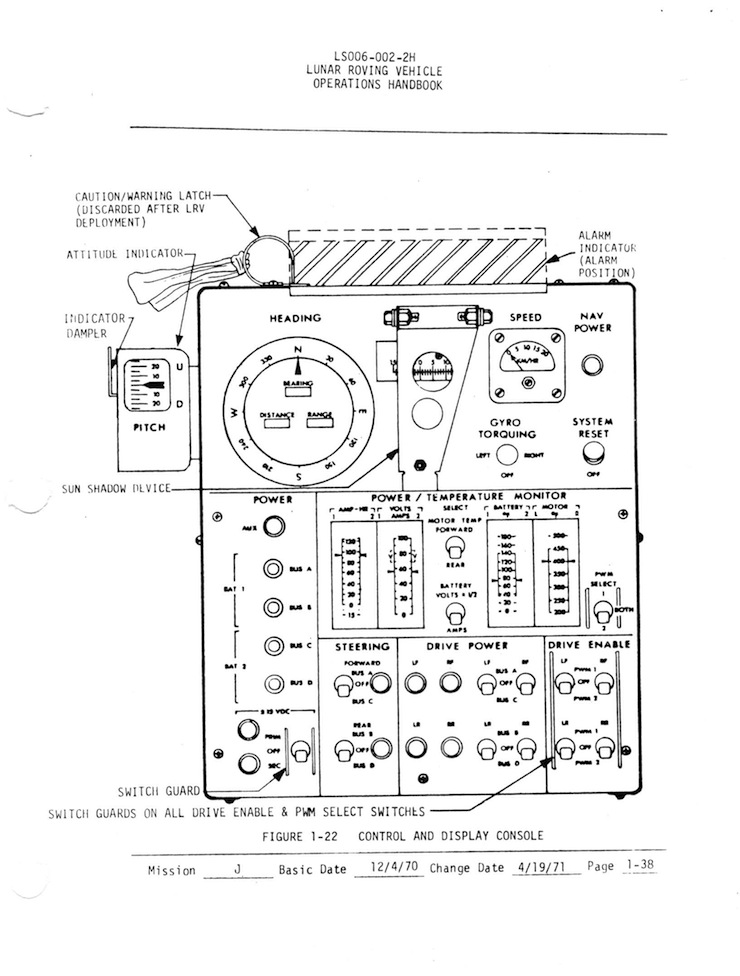 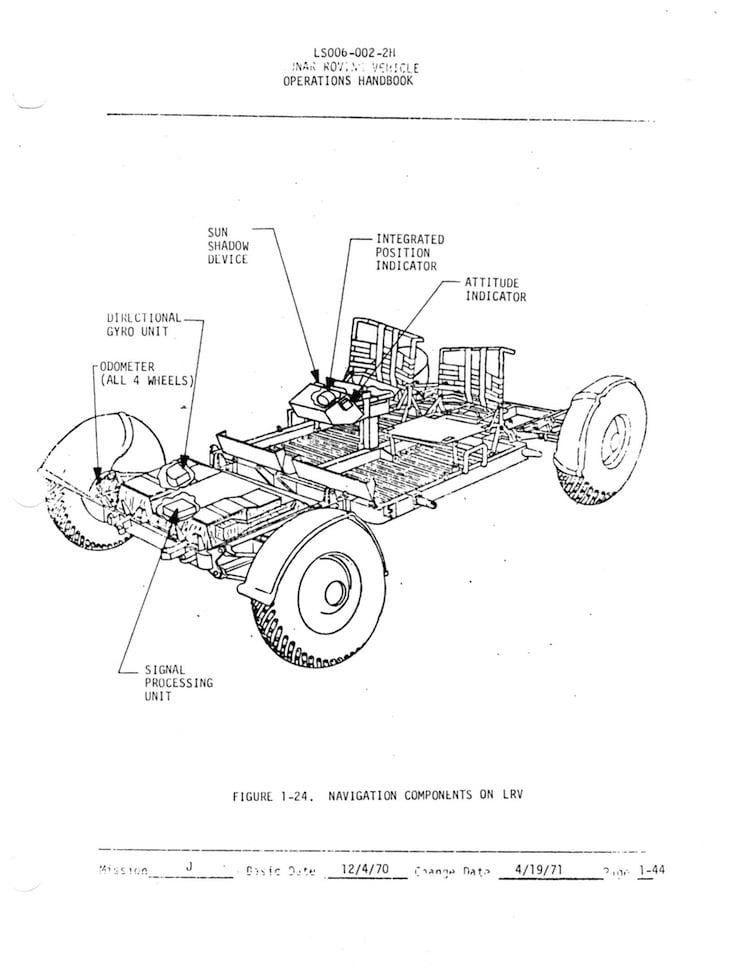 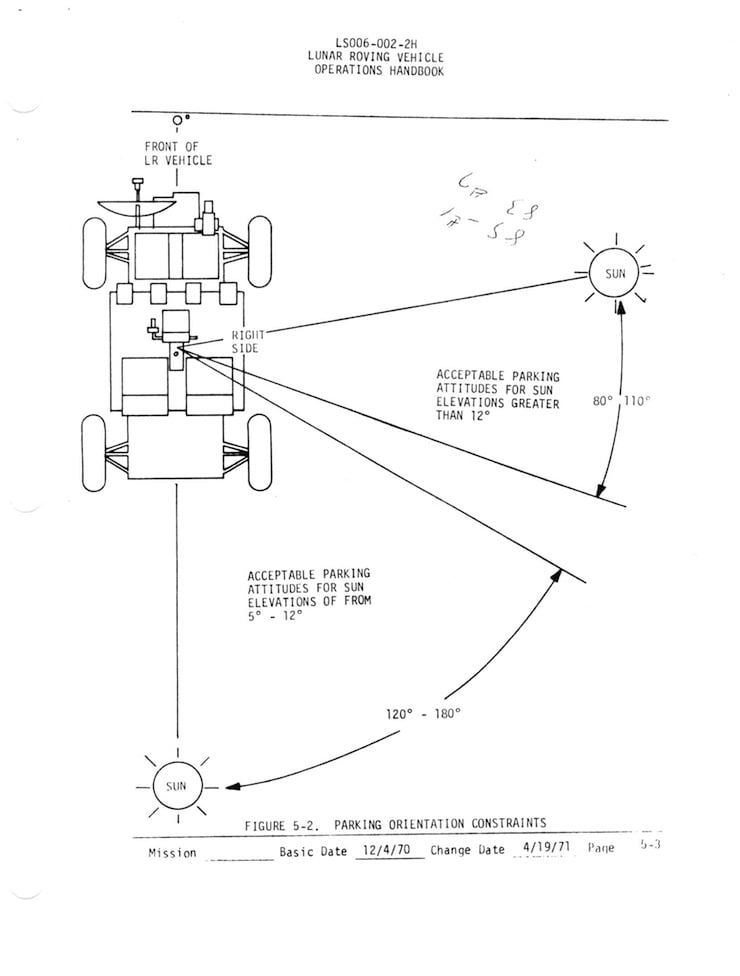 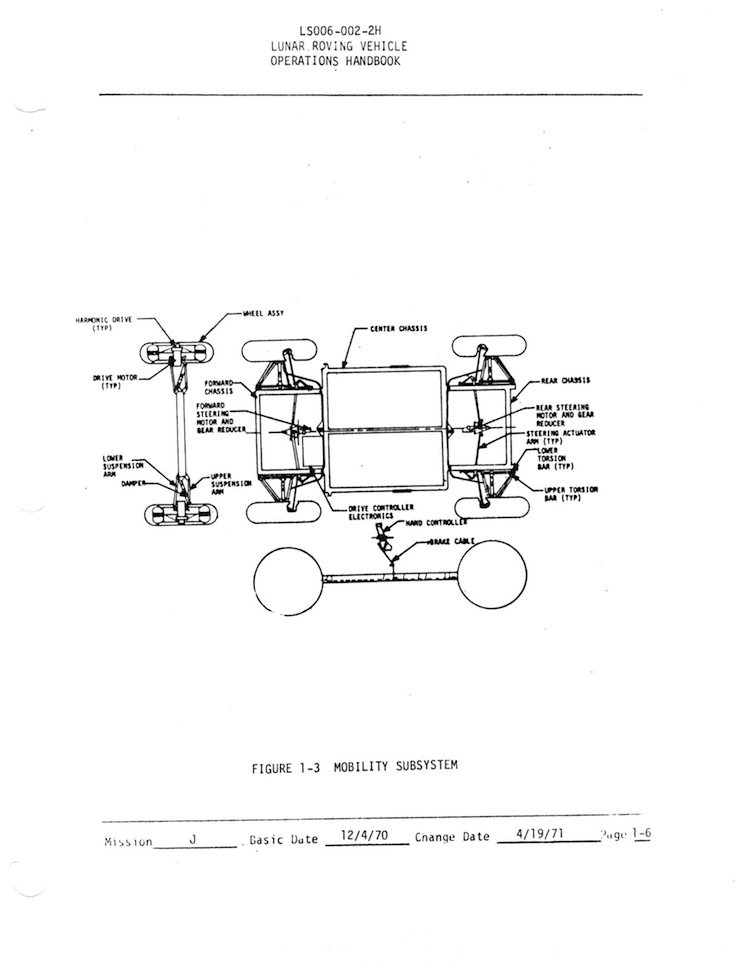 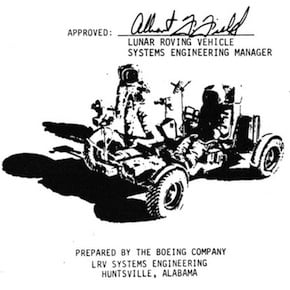