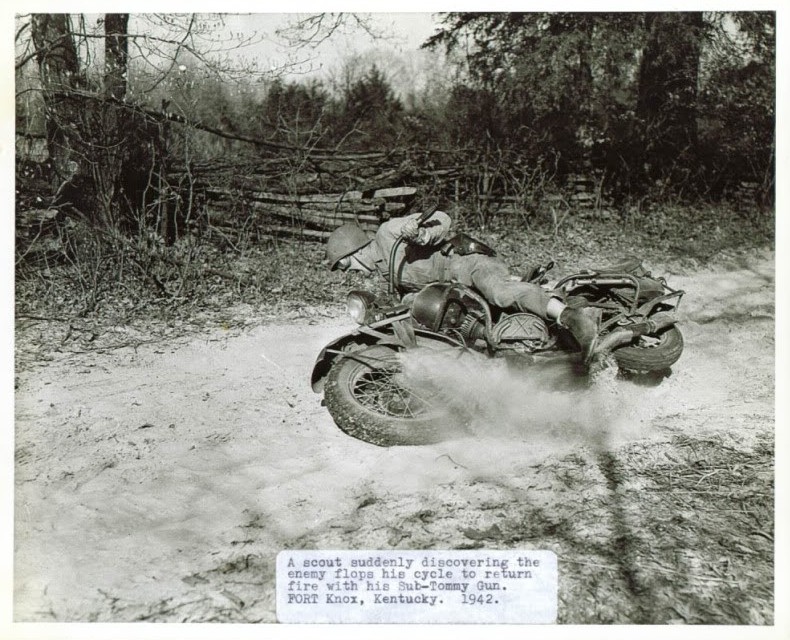 The inset text reads “A scout suddenly discovering the enemy flops his cycle to return fire with his Sub-Tommy Gun. Fort Knox, Kentucky, 1942.”