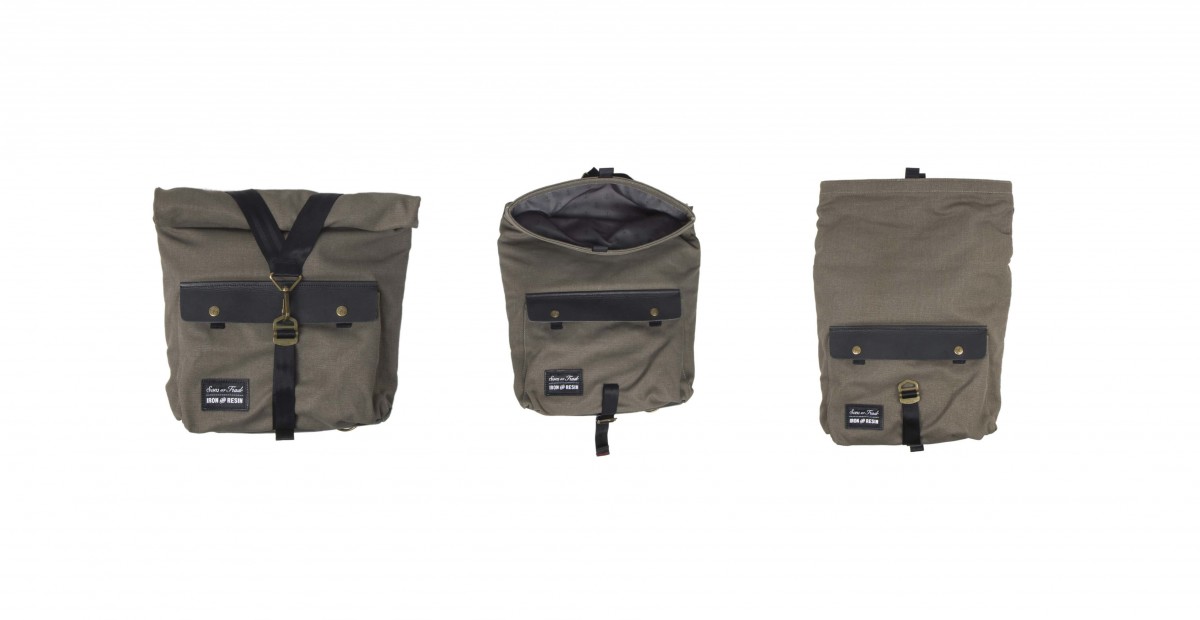 The Terrain Pannier is the result of a collaboration between Iron and Resin & Sons of Trade, it’s designed to fit to most older motorcycles (and older-styled motorcycles) – specifically bikes with a single side exhaust, rear frame rails and twin rear shock absorbers.

The water-resistant cotton canvas pannier can be converted to a messenger bag with the included strap and it has a reinforced bottom with easy to clean satin lining and brass hardware. If you’ve been looking for a carrying solution for your retro or vintage motorcycle this could be just what you need – it even looks period correct. 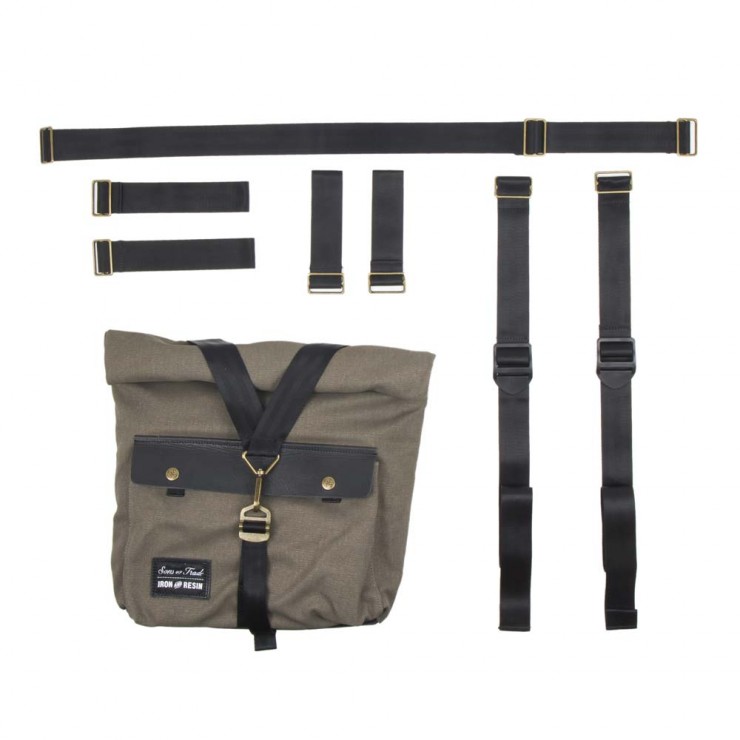 This pocket knife by Santa Fe Stoneworks is made in the USA with an authentic woolly mammoth tusk and turquoise handle, it also has a Damascus steel blade famed for its ability to hold a razor sharp edge. Damascus steel originated in Asia in (approximately) the 3rd century AD, “wooly” steel ingots were made in…

These are the new Winter Road driving gloves by The Outlierman, as the name suggests they’re designed for winter driving when the mercury drops and your hands need a little additional insulation against the elements – particularly in a convertible. Each pair is made from perforated Nappa lambskin leather with a perforated suede back for…

The Bolt Action Pen L by the team at Inventery was developed to be a long-lasting heirloom quality pen that can be handed down through multiple generations. Most pens, even those from high-end manufacturers, have plastic internal mechanisms prone to breaking and weakening with age. The Bolt Action Pen is precision machined from raw brass stock using…