Update: *Solved* A Mystery $2,000 Motorcycle Gas Tank Toaster – Do You Know Who Made It? 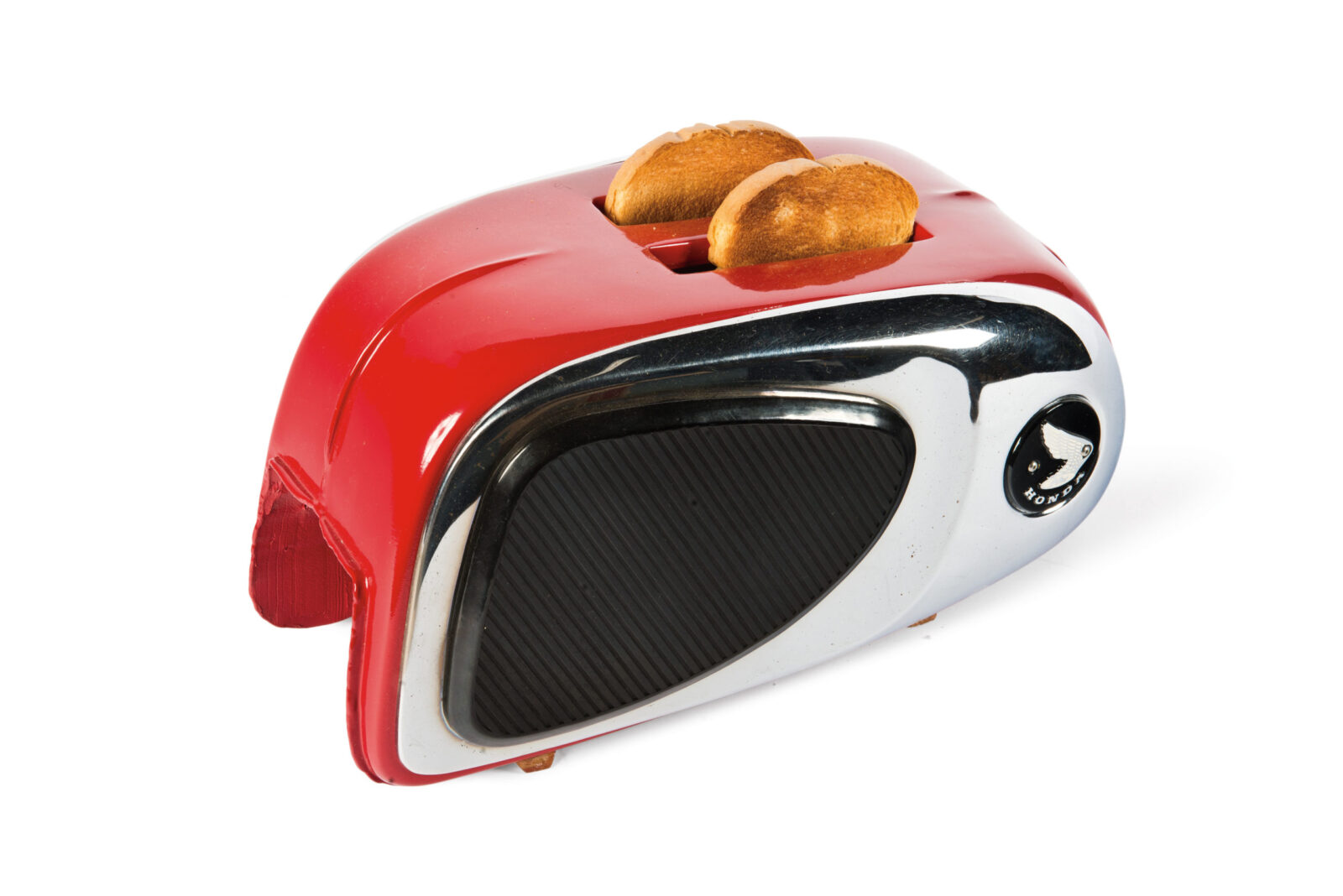 Update: We received further information on it which we’ve included under the original post.

We’ve been trying to track down more information on this unusual Honda motorcycle gas tank toaster that recently popped up for sale.

It’s a real vintage Honda fuel tank that’s had a regular Sunbeam toaster inserted into it, meaning it functions completely normally and has double barrelled heritage as Sunbeam used to make motorcycles many years ago.

What we don’t know is if this is a one off design made by someone in their garage, or if it was a limited production item, or even an art piece. What we do know is that it’s a fantastic concept that was previously on display in The Bruce Weiner Microcar Museum, and it’d be great to see something similar put into full production – preferably using real repurposed motorcycle fuel tanks which are a dime a dozen on eBay and similar sites.

Funnily enough the BMW R75/5 and some related BMW models from the 1970s had fuel tanks that resembled toasters of the period, and to this day they’re still commonly referred to as “toasters” by the vintage BMW community.

If you know more about this unusual invention and its history please contact us here and let us know about it, then we’ll update this post with the new information. If you’d like to visit the page on RM Sotheby’s you can click here, there’s no description yet but they’ll add one closer to the time of the auction that may contain some additional information.

*Update: We received the following information about the toaster from Patrick S:

Regarding that cute Honda toaster, it was home-made by a vintage Honda club member named Joe Carrillo working with Boris Guynes, he made two in total and this one was gifted to the Bruce Weiner Museum during a visit after having sold Bruce a few bikes. My father was the curator for this museum and we (and others) restored over 50 cars over the collections various iterations.

It’s a funny coincidence that I saw this gift exchange as we restored the cars up here in Toronto, Canada and shipped the cars down, so we were only in Georgia during summer’s. (Bruce owned Dubble Bubble and we restored the bubble cars in a shop within the gum factory). I’m sorry I can’t recall the builders name, nor can my father. It was made more than 15 years ago and I believe he made a number of them. 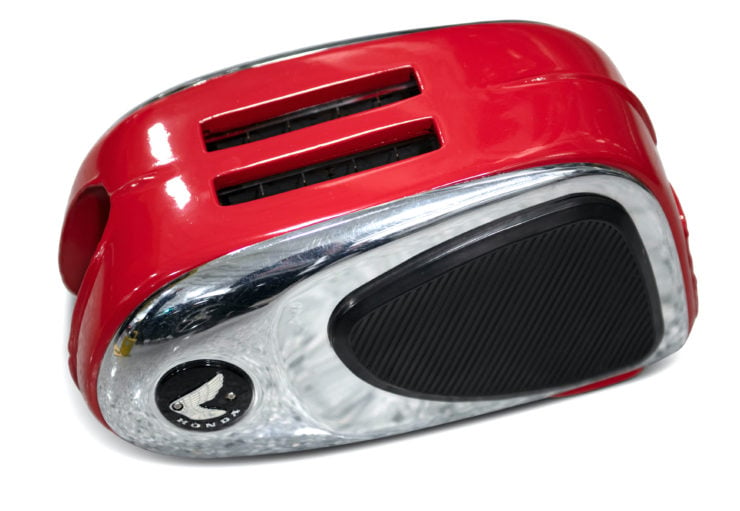 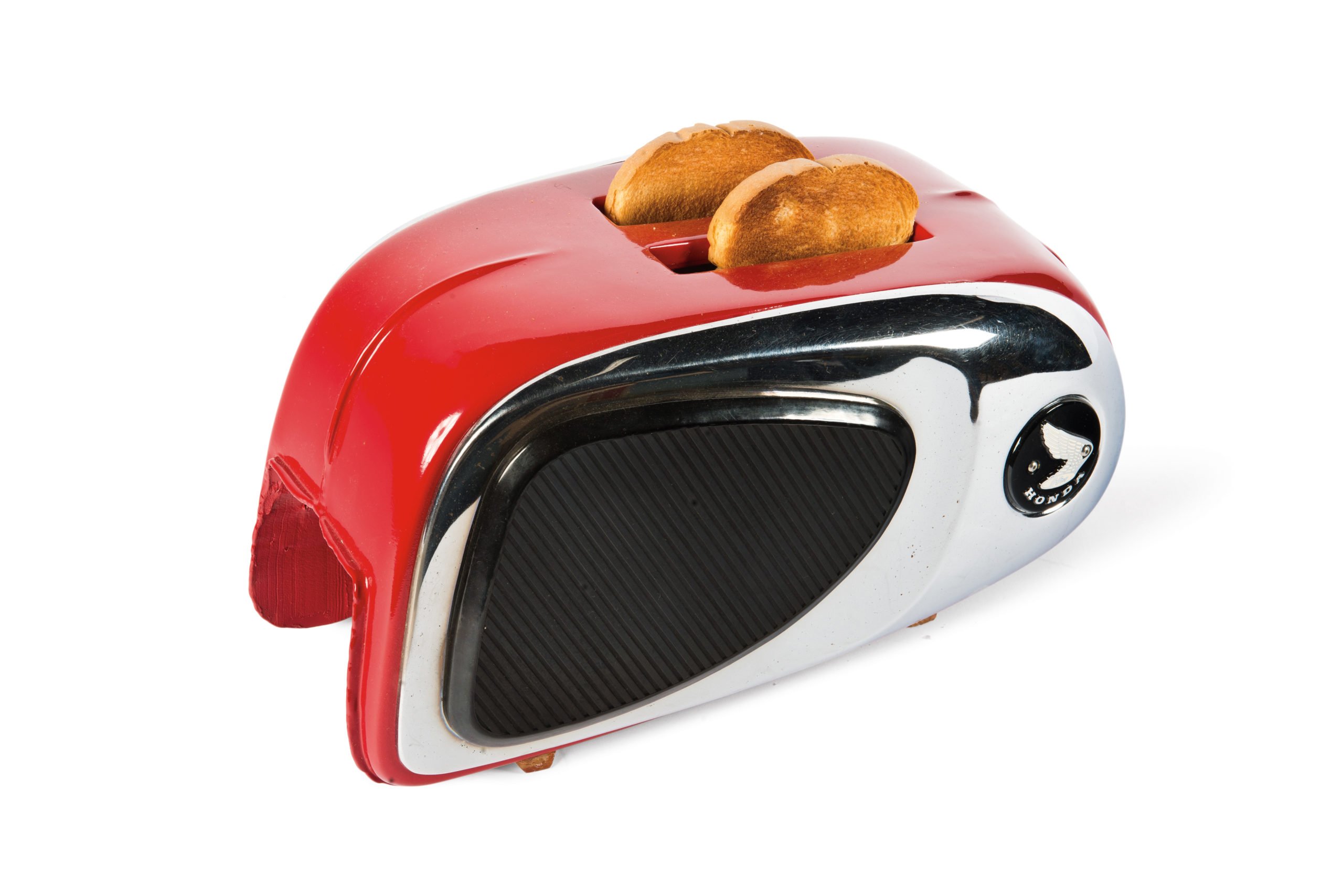