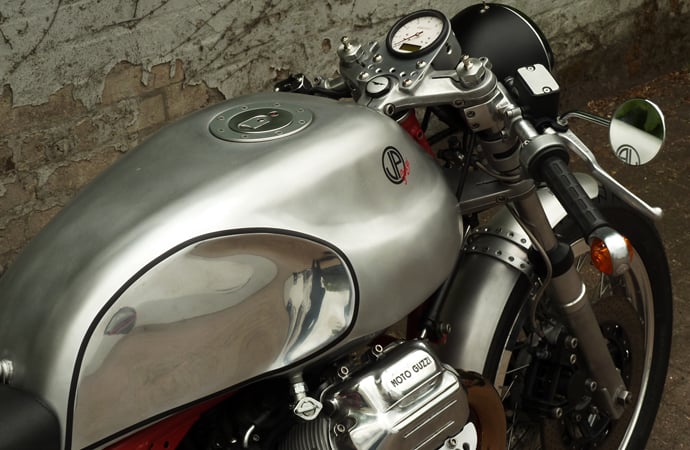 Moto Guzzi produce some of the most café racer friendly motorcycles in the world today, this Guzzi, built by Kaffee Maschine, looks almost like an official concept motorcycle with the level of precision and remarkable fit and finish employed throughout its design.

The bike is based on a Moto Guzzi Le Mans 3 and has a 950cc V-twin engine producing 82hp, the bike weighs in at a relatively light 180kgs. Check out the Kaffee Maschine site here to see more of their work, they build all their bikes to order so they don’t have a huge back catalogue but I’ll be keeping a very close eye on them. 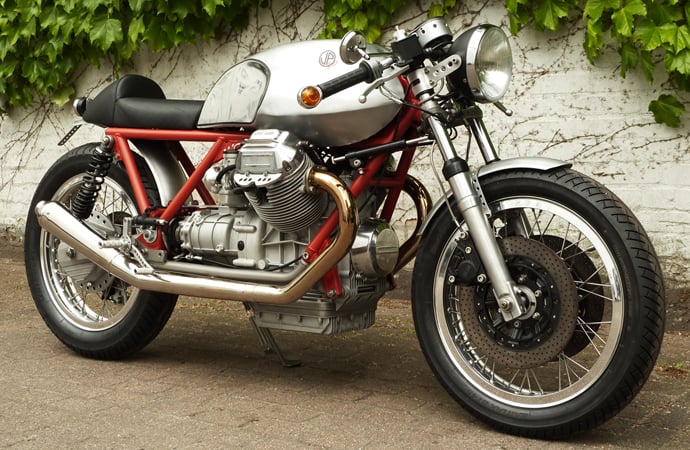 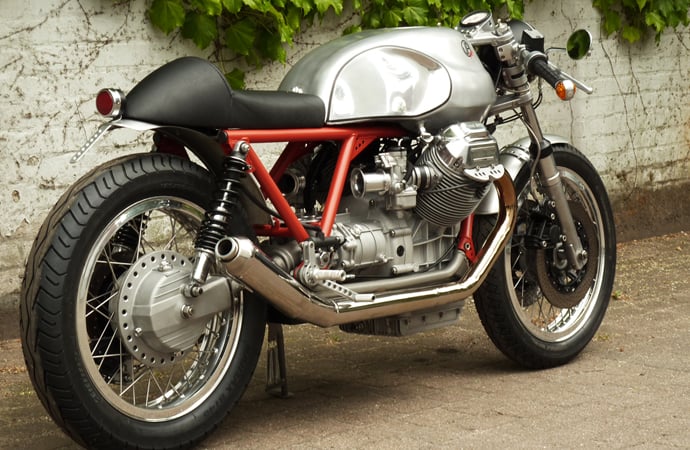 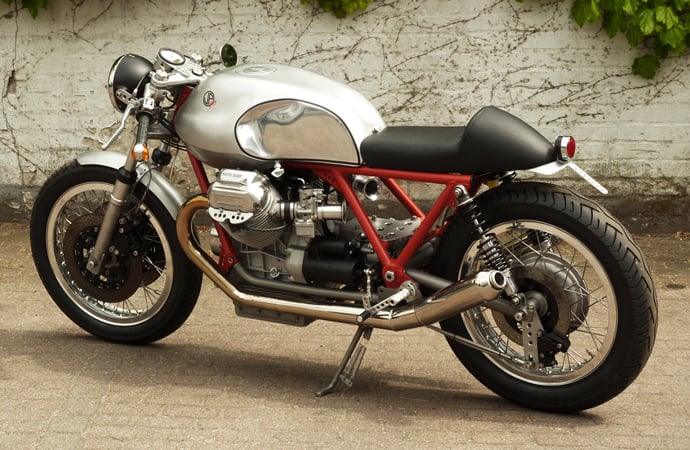 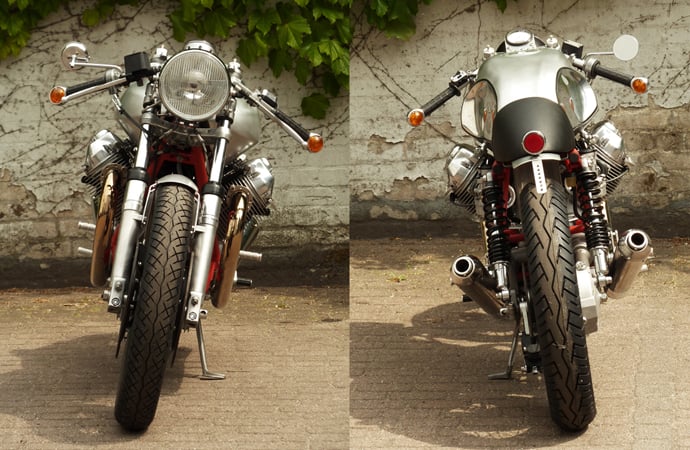 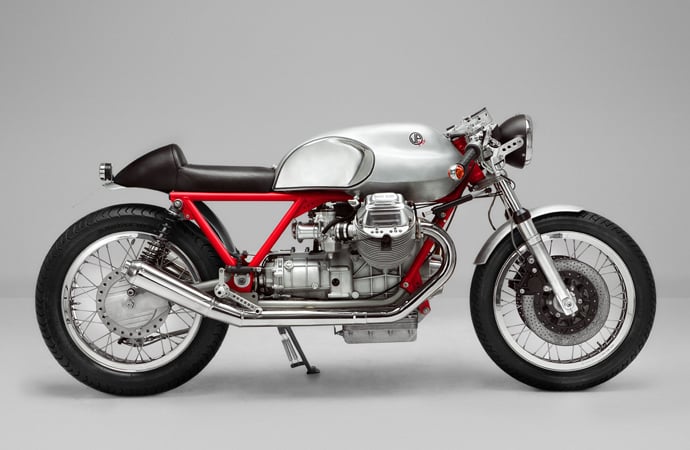