MotoGalleria is a British motorcycle store with a significant difference over other vintage motorcycle dealers – they focus on selling their bikes as display pieces to offices, homes and public spaces. All of their bikes are in running order and can be licensed and ridden, but the focus is more on the aesthetic appeal of the motorcycles.

The bike you see here is a 1950 Moto Guzzi Airone Astorino, it’s a 250cc single-cylinder 4-stroke with an external flywheel, inverted telescopic forks and hydraulic rear shocks – a relative rarity at the time. It’s presented in good but not perfect condition, MotoGalleria prides itself on only selling motorcycles with a certain patina as they feel that it adds to the visual appeal. 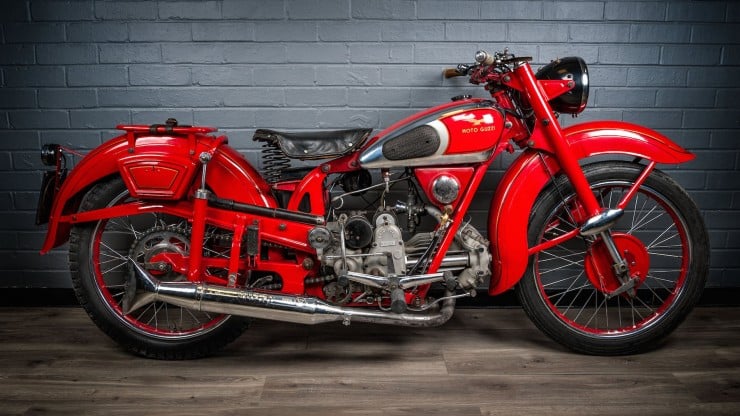 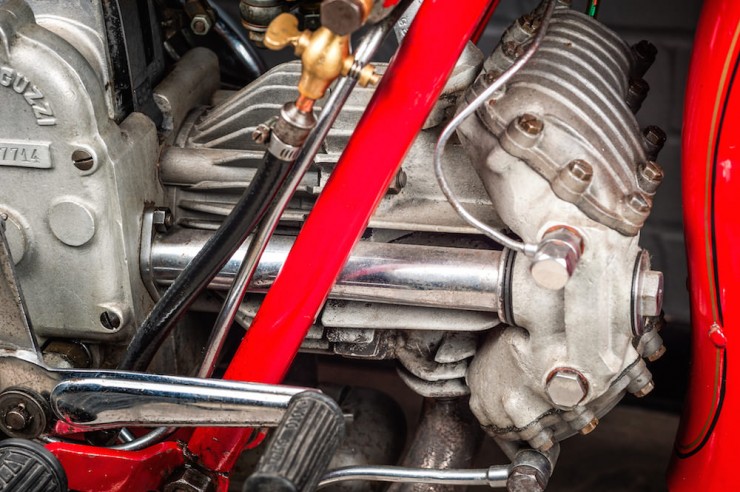 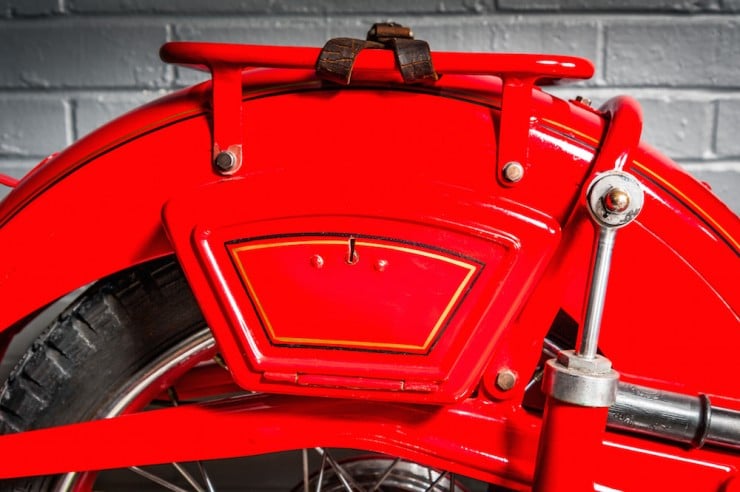 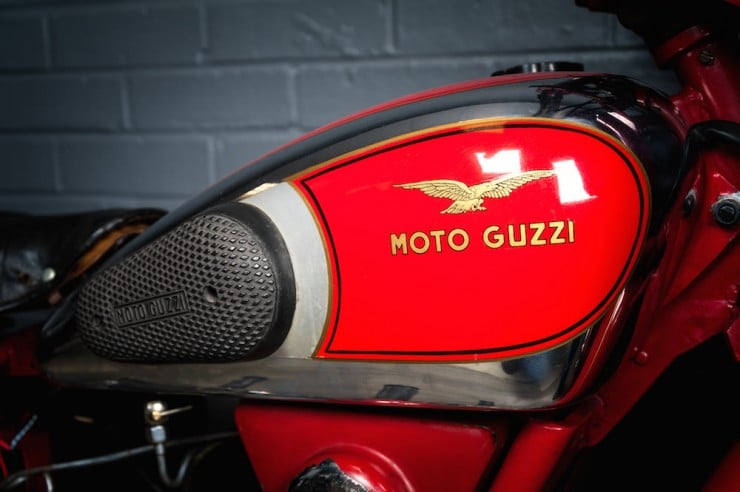 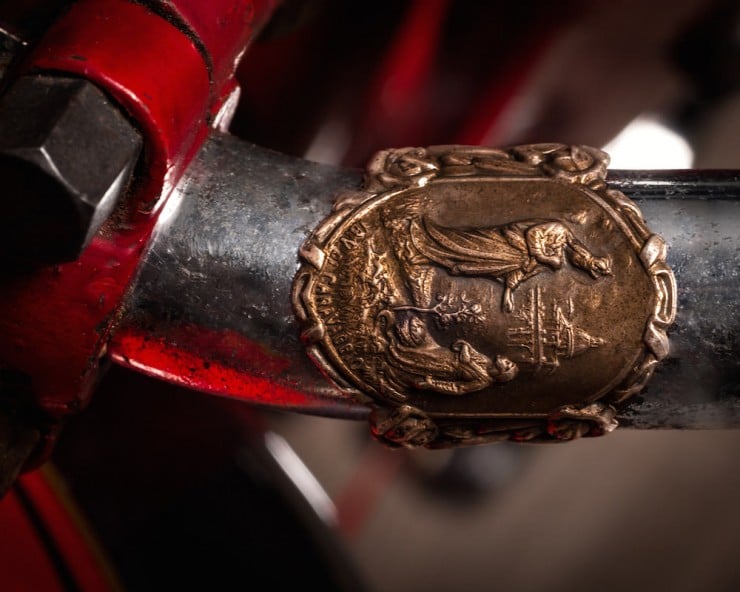 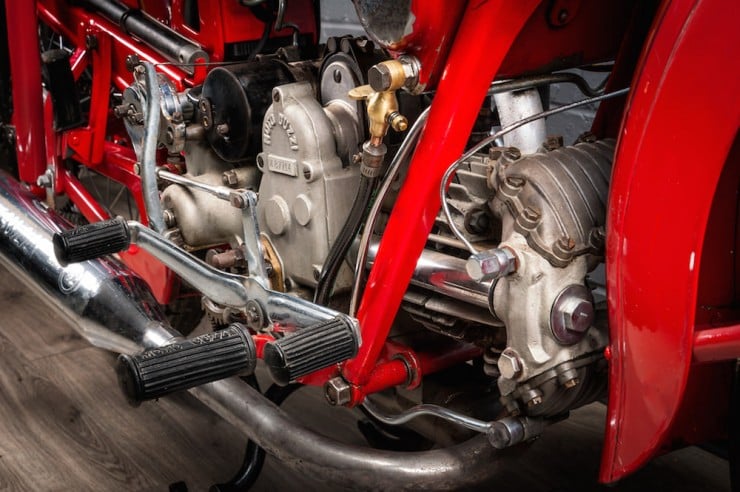 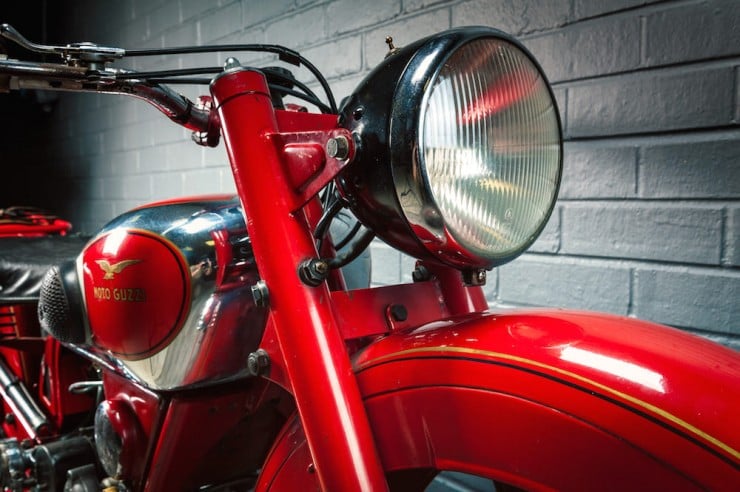 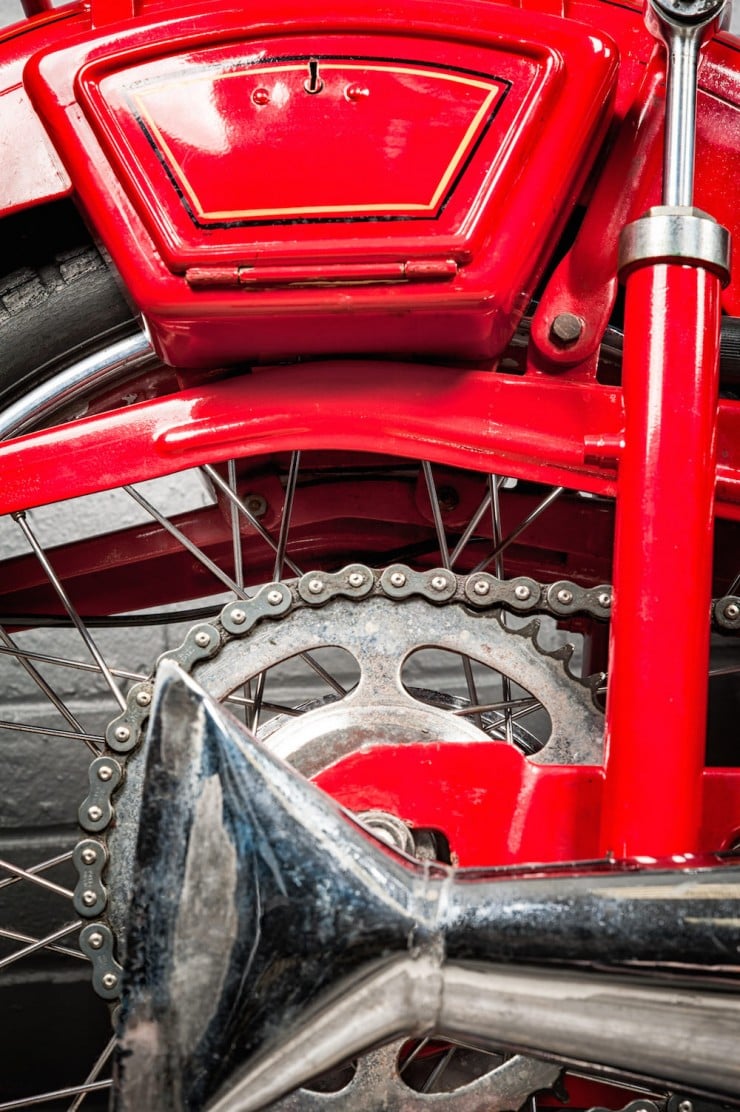 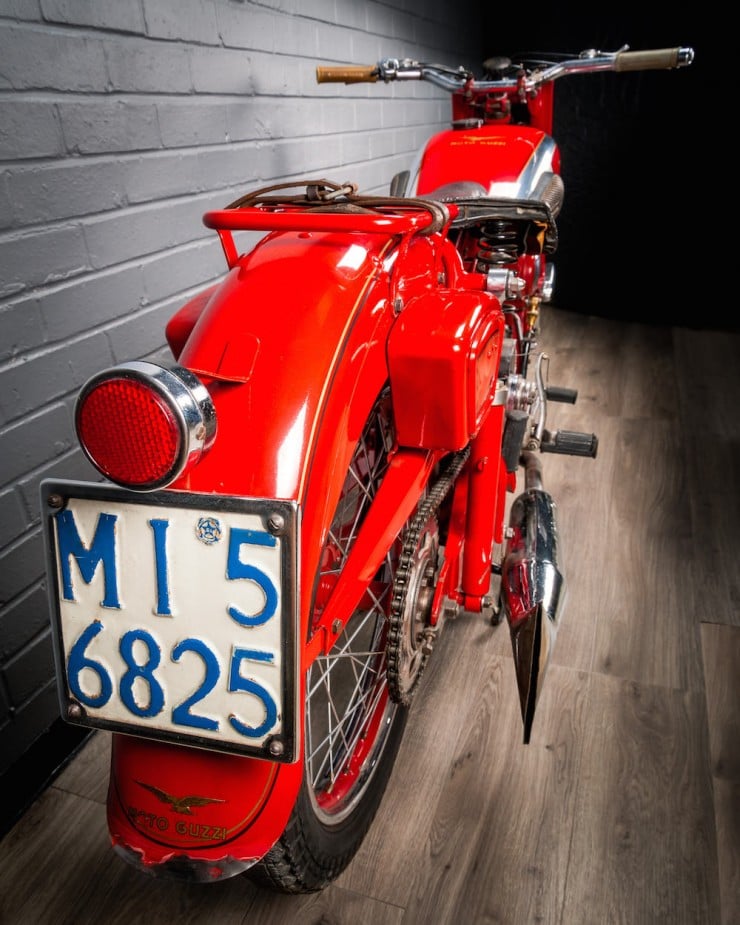 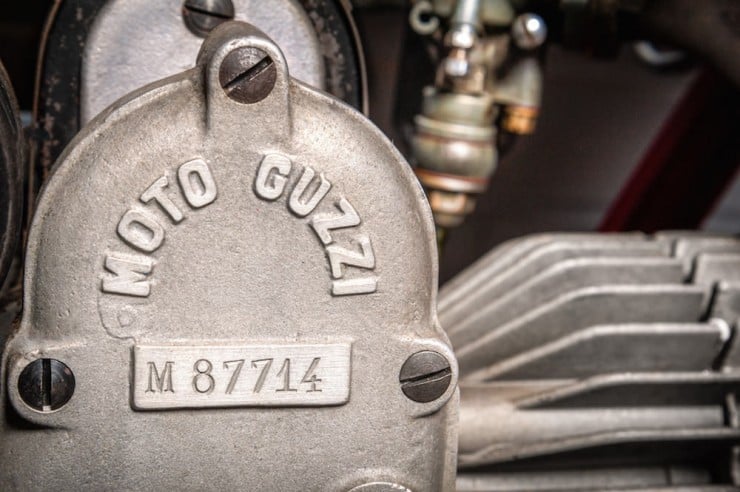 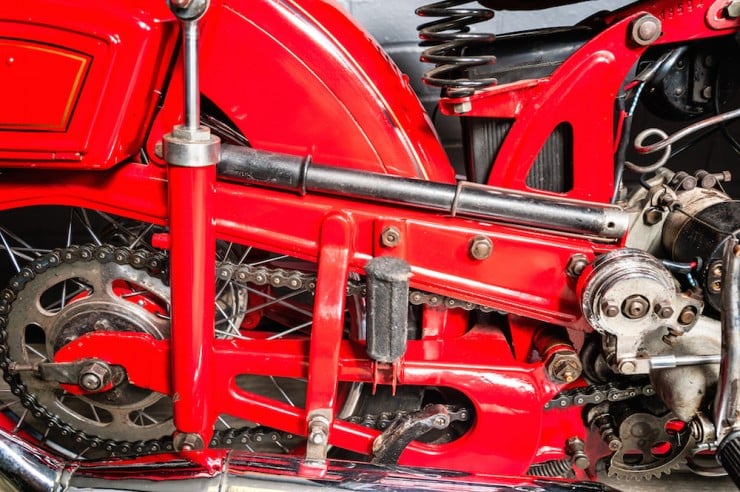 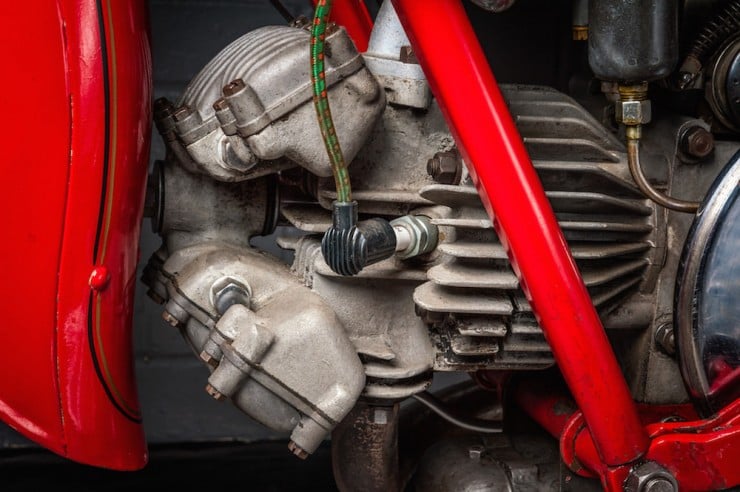 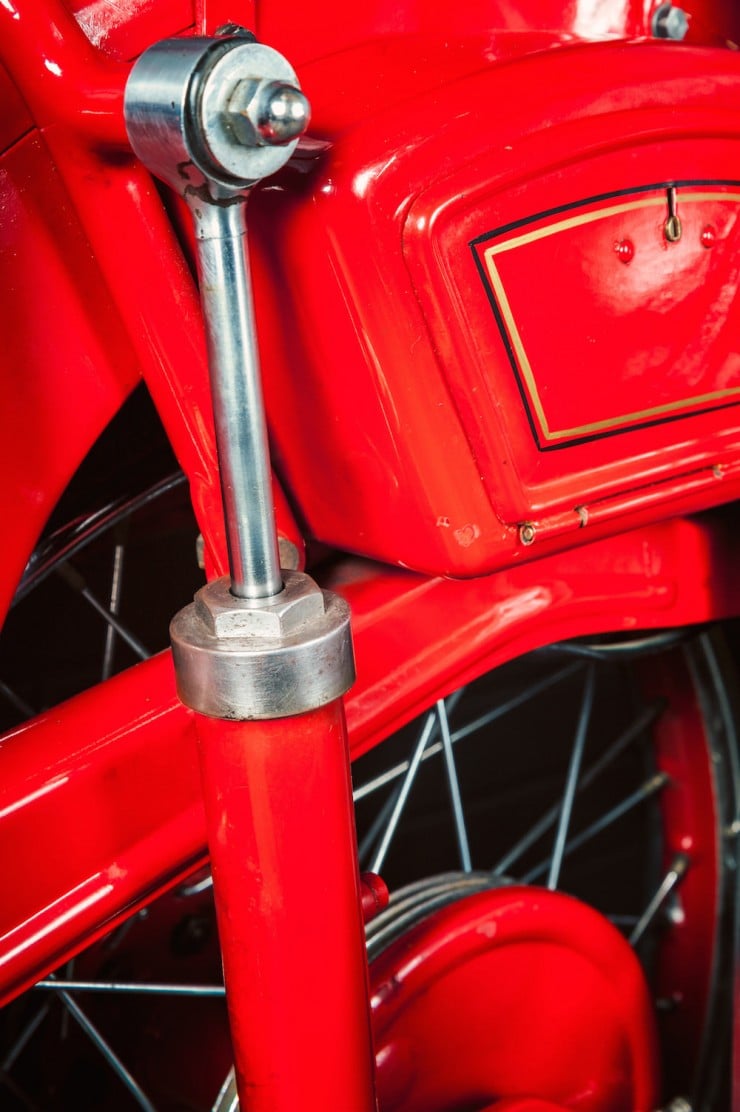 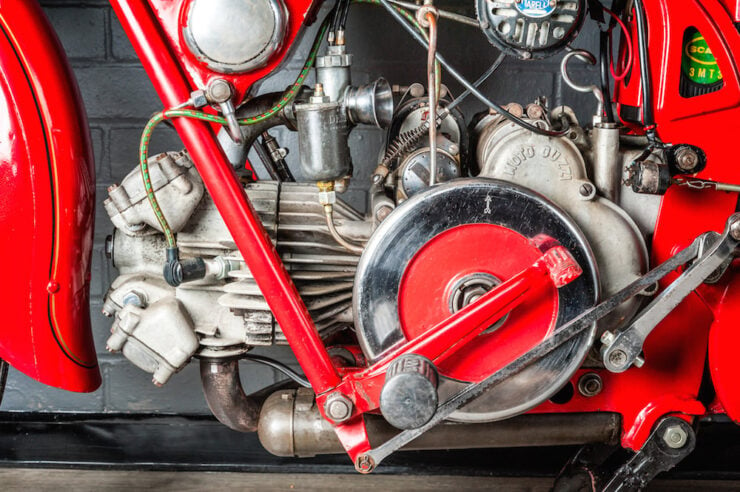