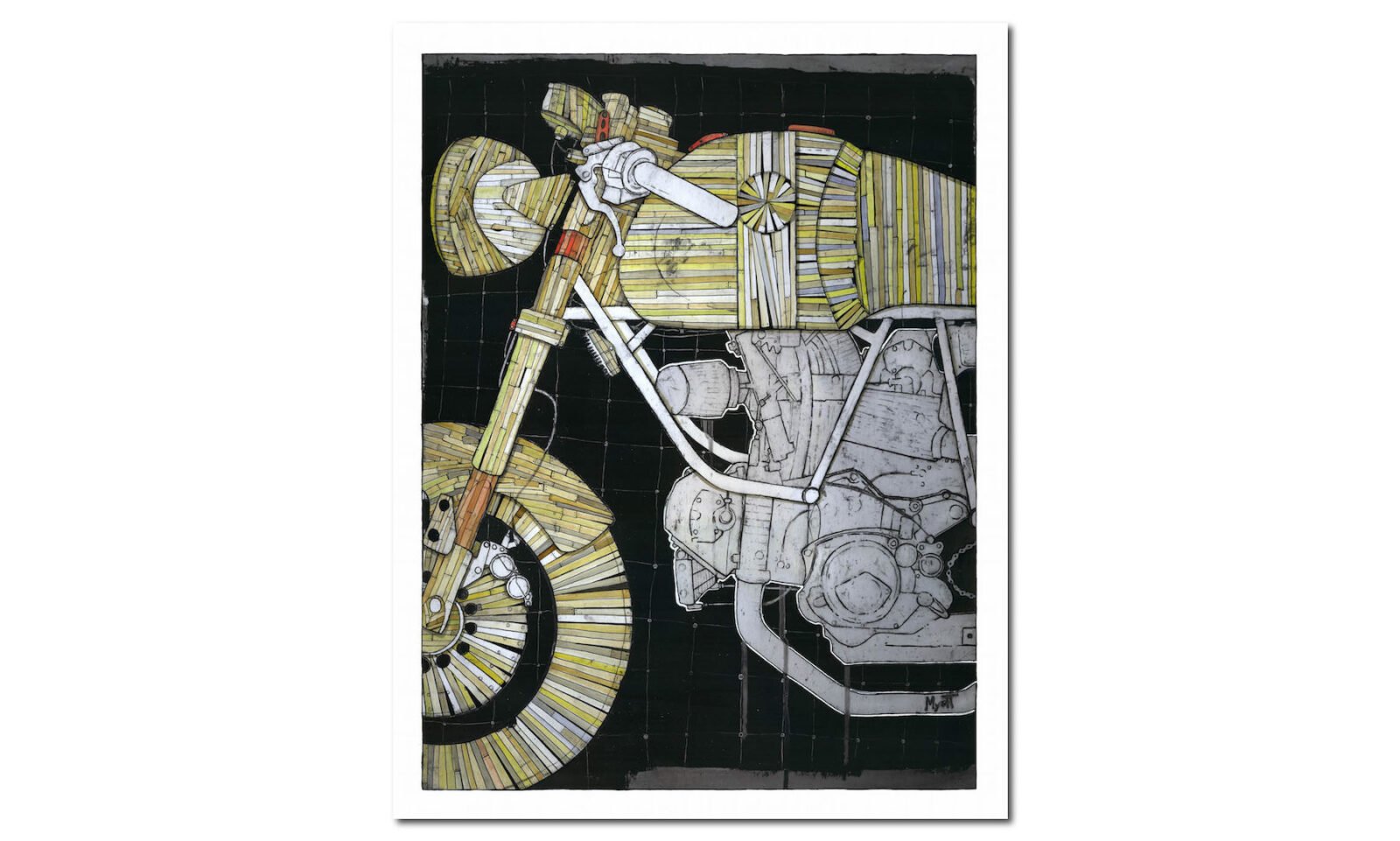 Christopher Myott is a New Hampshire-based artist who is currently working on a collection of portraits of custom motorcycles build by Walt Siegl.

Each of the canvasses reflects a different one of the Ducati Leggero motorcycles that Walt has created over the past few years, and they’d look perfectly at home on the wall of any motorcyclists home (or garage). 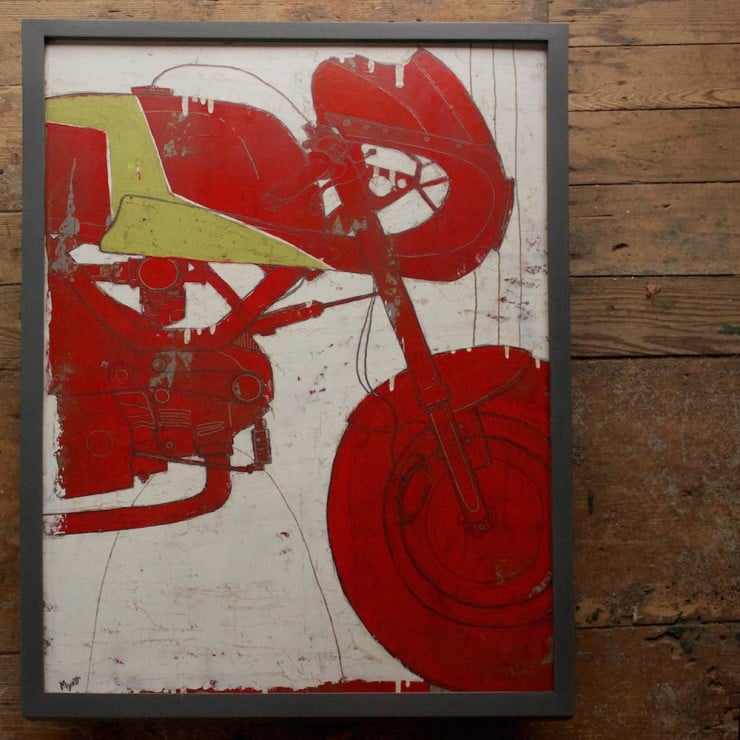 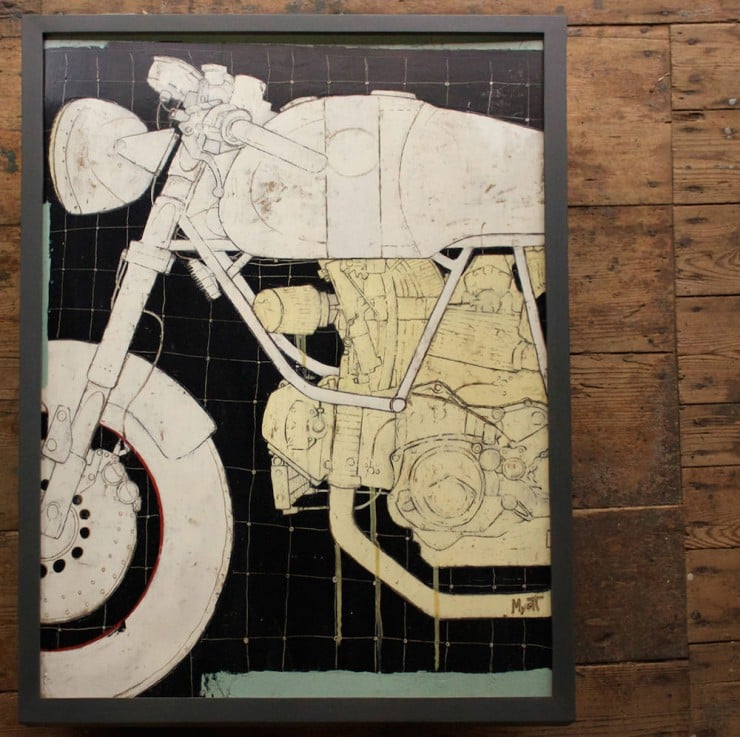 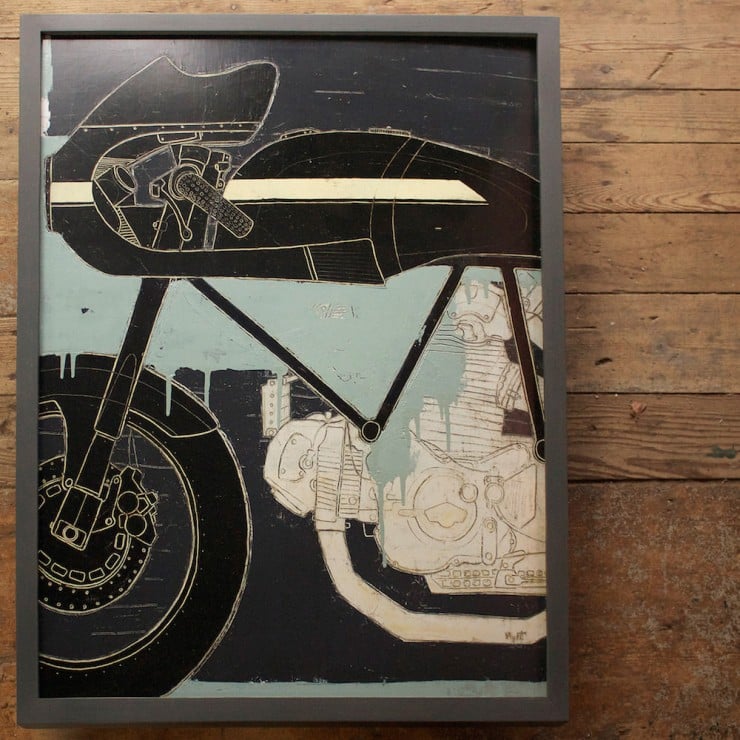 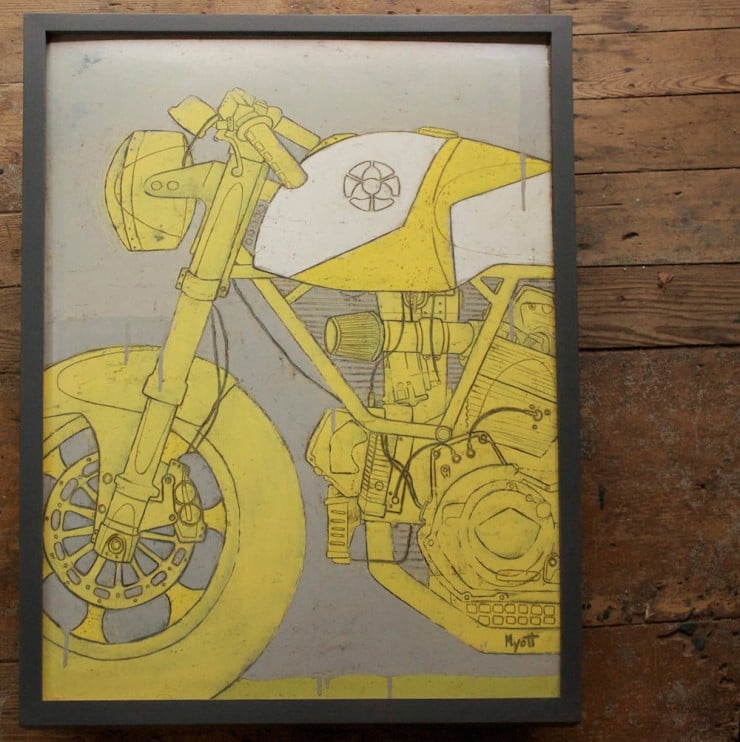 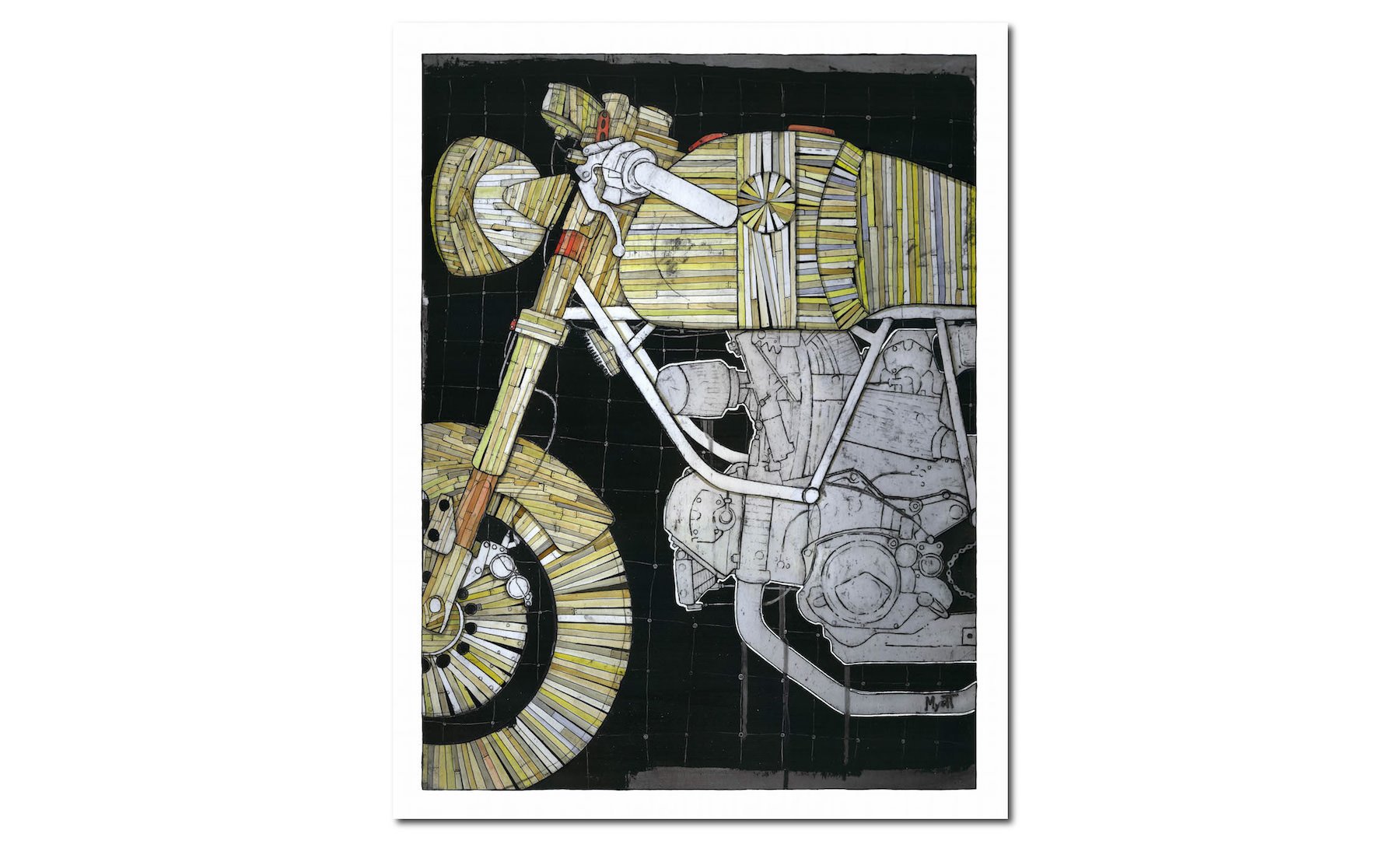