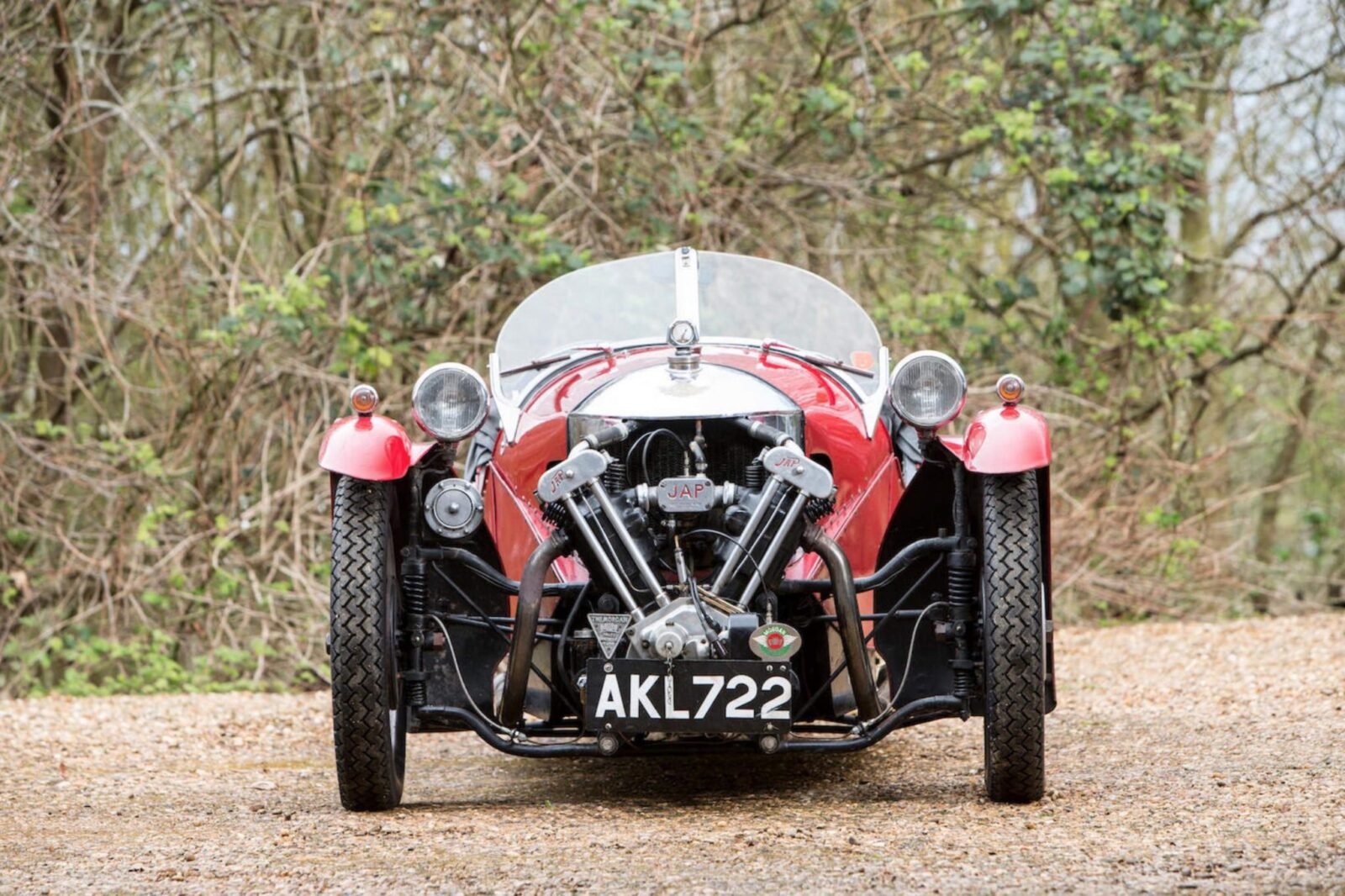 A Short History of the Morgan Three-Wheeler

The Morgan Motor Company was established in 1910 and it’s survived where many hundreds of other small companies have failed – largely by weaponizing its eccentric British heritage. Morgan was originally founded by Henry Frederick Stanley Morgan, more commonly known as HFS, to sell his unusual but enduringly popular three-wheeled cyclecar design.

Cyclecars were an inexpensive form of transport in the United Kingdom as they avoided the tax on cars, but still offered much of a car’s convenience over a motorcycle. HFS had been working for the Great Western Railway when he bought his first car in 1902, by 1909 he had designed his own three-wheeled car, and at the encouragement of friends he decided to put it into limited production.

His first designs had three wheels and either one or two seats. It was decided early on that the two-seaters would appeal to a wider swathe of the public, so attention was focussed on them and the one-seaters were all but forgotten.

The earliest Morgans were powered by prominent, front-mounted V-twin engines – usually from JAP (JA Prestwich), the British engine builder that would later supply Brough Superior. The chassis were steel tube frames, the bodies were made of metal panels, and most cars were supplied with folding soft tops that afforded reasonable weather protection.

HFS Morgan was a keen driver, winning a Gold Medal in the 1911 London-Exeter-London Reliability Trial in one of his early creations and helping to put the fledgling automaker on the map. Morgans would take other popular victories, including at the 1913 Cyclecar Grand Prix at Amiens in France.

In 1928 a new chassis made its appearance in the Morgan model line, called the M-type it sat 2.5 inches lower than its forebear. The M-type was used on the Super Sports model, a more competitive variant popular with gentleman racers and those who wanted to compete with their cyclecars. The original two-speed transmission disappeared in 1931 to make way for a new more modern three-speed-plus-reverse gearbox.

The original V-twin Morgans would be built right up to the outbreak of WWII in 1939, and surviving cars from this era are worth a pretty penny – particularly if they still have their original engines fitted. 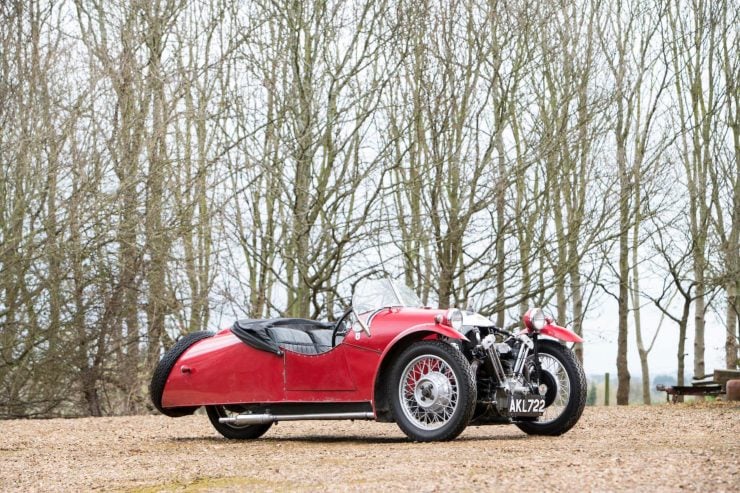 1933 saw the introduction of the F-Series Morgans, with a more traditional car engine fitted under a bonnet much like the Austin 7s and Model A Fords. The F-Series three-wheelers would stay in production until 1952, when Morgan would turn their attention to four-wheeled cars full time – until the Three-Wheeler made a surprise comeback in 2011.

This new Three-Wheeler is powered by a 1983cc S&S V-twin producing 82 bhp and 103 lbf.ft of torque. They’ve proven to be remarkably popular and the waiting list to buy a one is still many months long, second hand examples have proven very adept at depreciating very slowly, and some have even sold for more than their initial MSRP.

The Morgan you see here represents the ideal trifecta to marque enthusiasts – it’s a JAP-powered example, it’s a Super Sports model, and it has the preferred three-speed w/ reverse transmission.

The car has a healthy patina because it’s restoration took place all the way back in the mid-to-late 1960s, it’s been very well cared for since then with careful and somewhat minimal road use. It’s been used in a few events including a popular race against a similarly capable MG TC at the Coppa Monza in Italy in 1970.

It’s been used sparingly for touring and club event attendance, with its last outing having been all the way back in 2013 (prior to the photoshoot of course) at the VSCC’s meeting at the Royal Oak Inn. The fire engine red Three-Wheeler is due to be offered by Bonhams on the 30th of June at the Goodwood Festival of Speed Sale, if you’d like to read more about he Morgan or register to bid you can click here to view the listing. 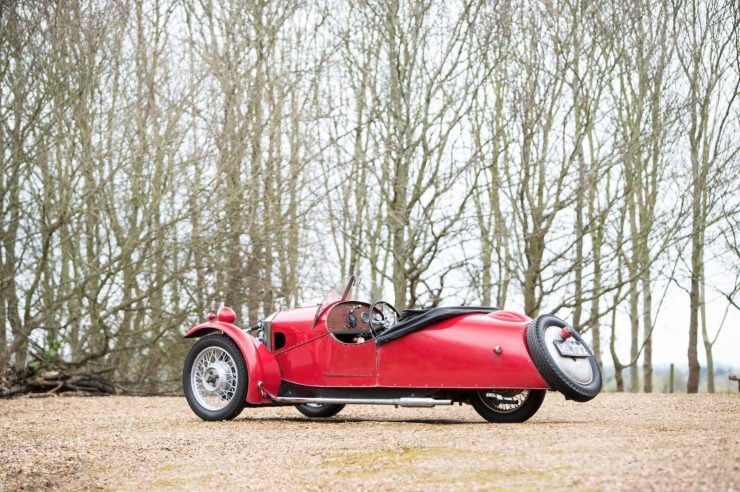 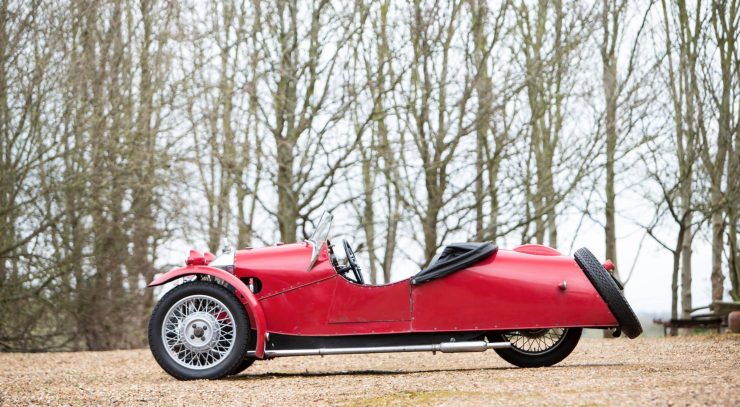 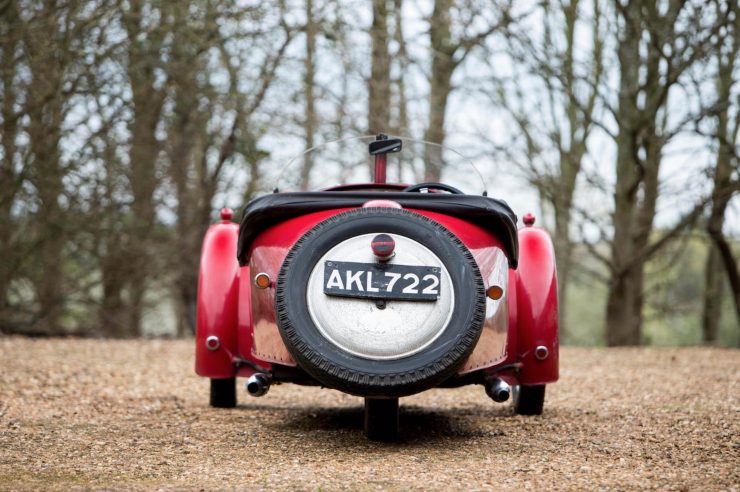 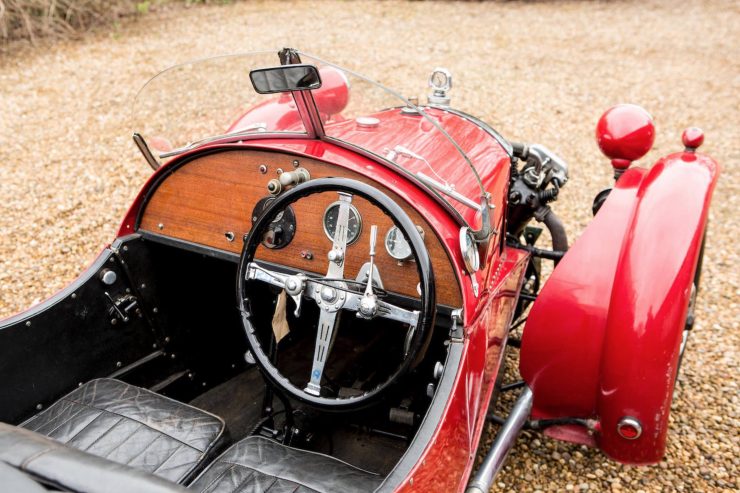 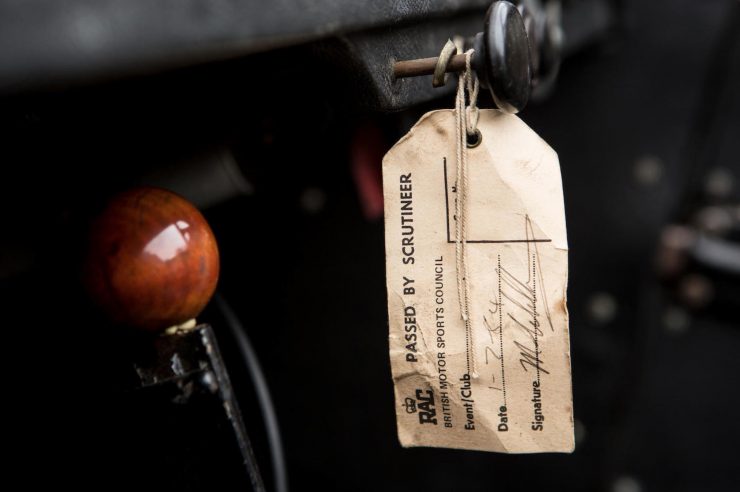 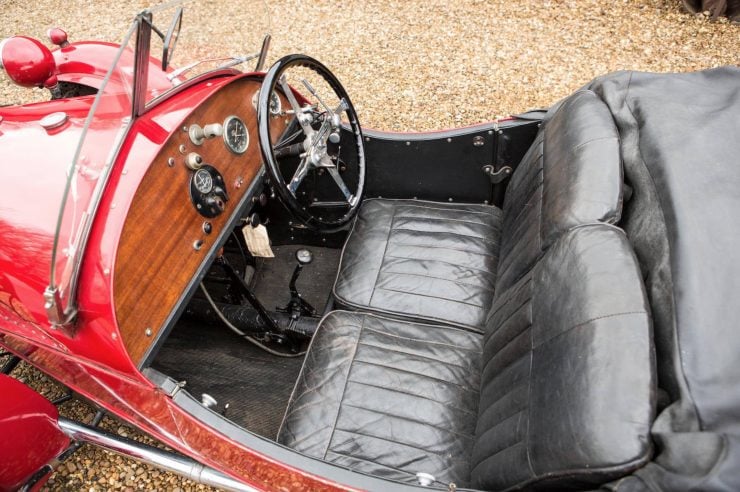 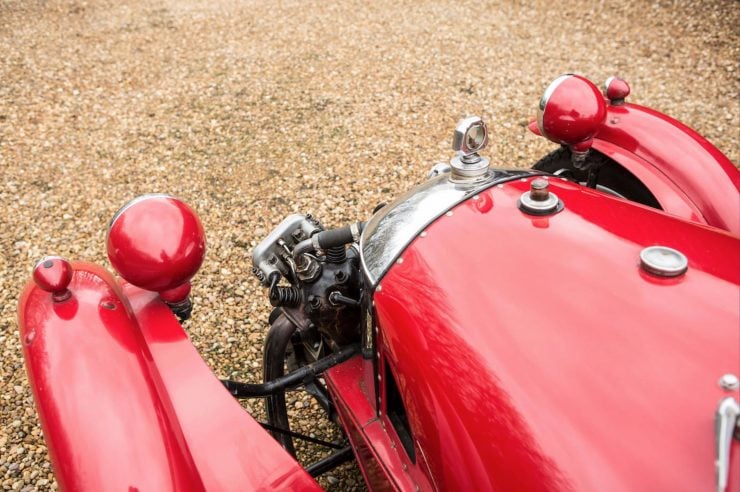 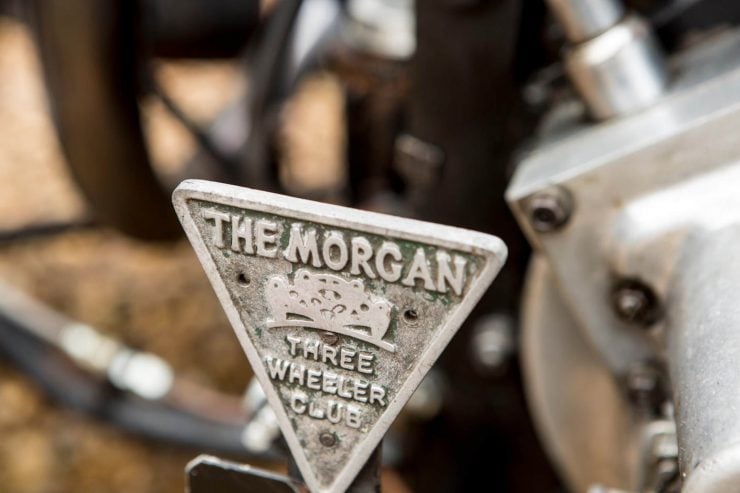 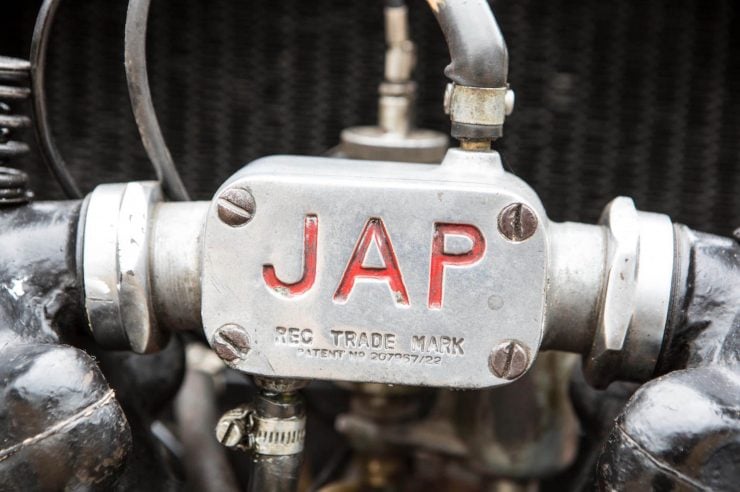 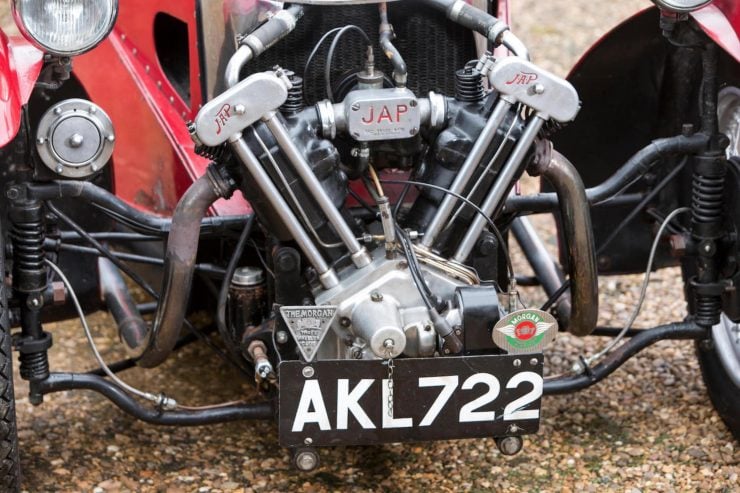 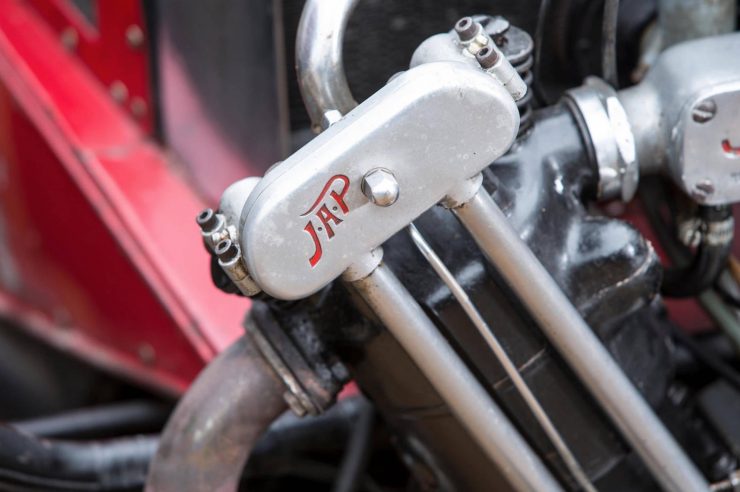 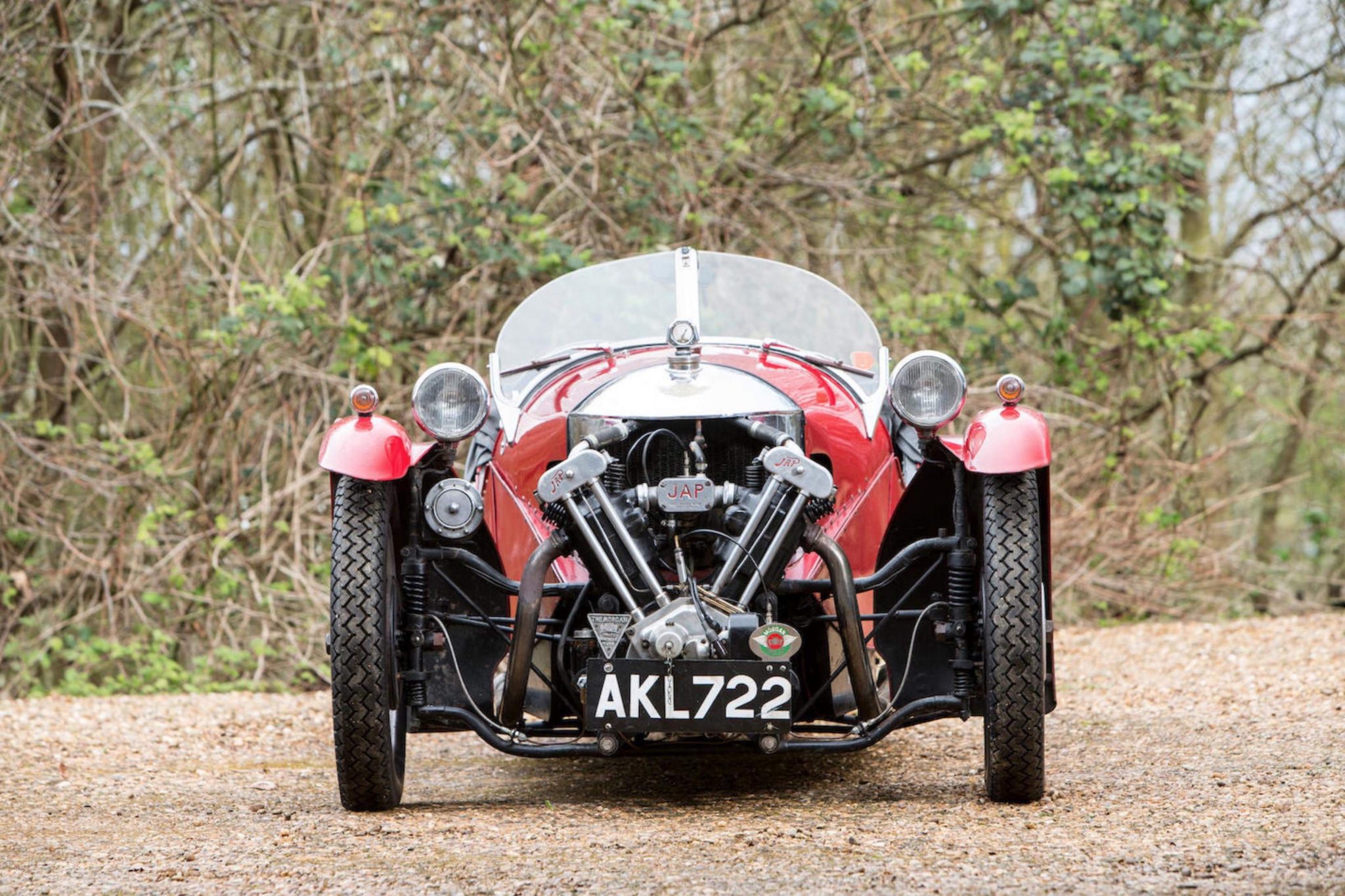