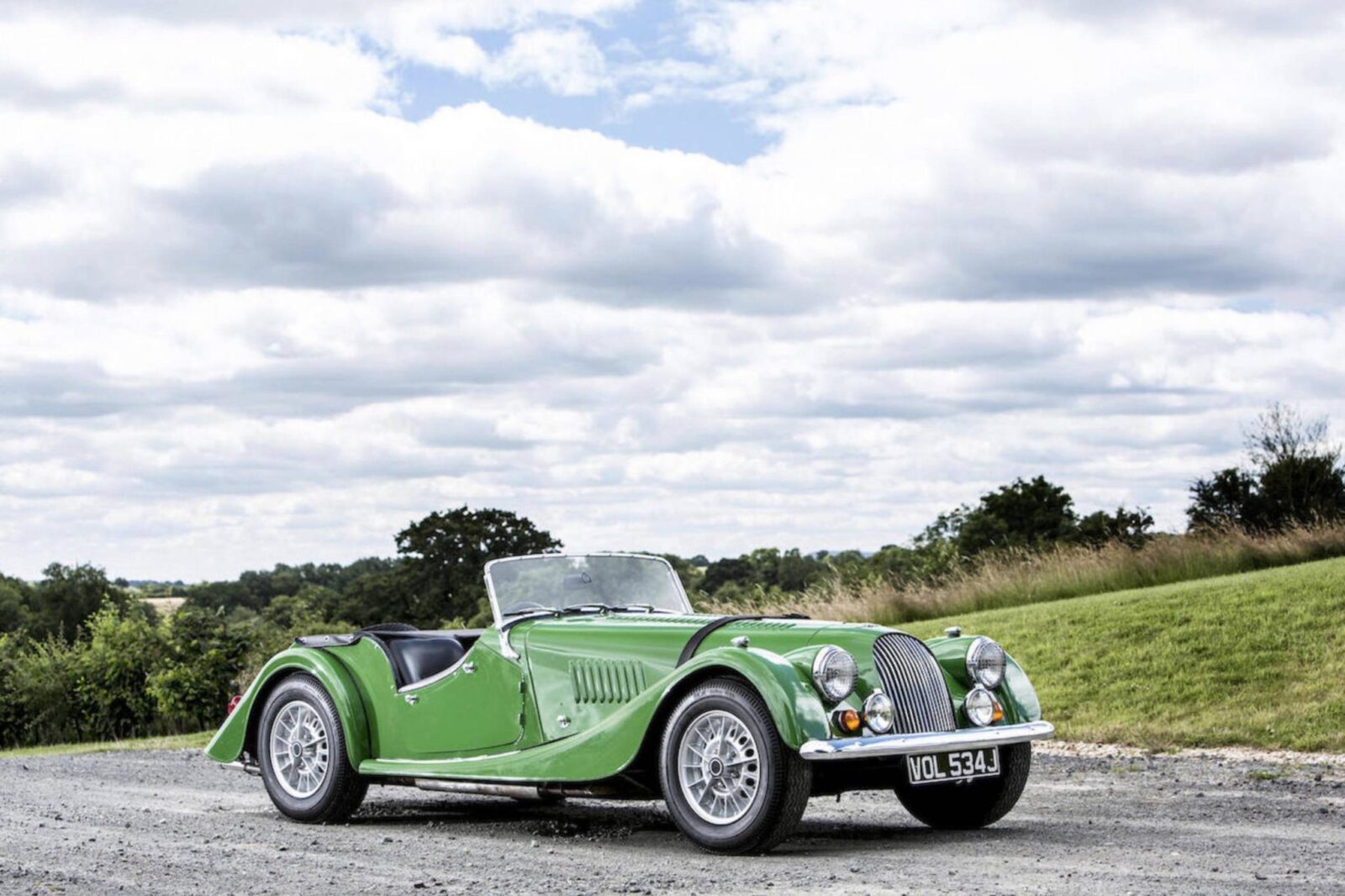 The Morgan Plus 8 is the V8-powered version of the classic roadster that very likely saved the company from a dire fate – a dire fate that many British companies succumbed to throughout the 1970s.

The secret to the success of the Plus 8 was its then-new aluminium V8 engine, supplied by Rover after they acquired the rights to it from Buick/Oldsmobile in the USA. This 3.5 litre (215 cubic inch) alloy V8 became the backbone of Britain’s performance car industry for the next few decades, the design was a credit to the engineers who originally developed it in the USA.

It weighed 144 kg (318 lb) – lighter than many iron-block 4-cylinder engines and proved to be hugely extensible – its capacity was stretch all the way up to 5 litres at one point, and it was fitted to MGs, Land Rovers, Range Rovers, Morgans, Rovers, TVRs, Leyland trucks, Ginettas, Sisus, Triumphs, and a range of other smaller-production vehicles.

Rover bought the tooling for the Buick engine in 1967, so when Morgan debuted the Plus 8 in 1968 little was known about this “new” all-aluminium V8. Morgan first showed their new performance roadster at the 1968 London Motor Show, and sales to the public began shortly thereafter.

The performance of the new Morgan was extraordinary, its exceedingly light weight (of just 1,876 lb / 851 kg) combined with the power from the Rover V8 gave the model acceleration that could embarrass some of the quickest cars in the world – in fact in its later 3.9 litre iteration, the Morgan Plus 8 was quicker from 0 to 80 mph than the then-new Porsche 911 Turbo.

The matching numbers Plus 8 you see here was built by hand in 1970, and finished in Brilliant Green with a black Ambla interior. Interestingly it was featured in many period Morgan advertisements, including one in the Autocar, and it was only sold after it had been displayed at the motor show in 1970. It was initially delivered to an owner in Bedfordshire, who sold it shortly after to a new owner in Salt Lake City.

The car’s life in the USA is largely a mystery – all that we know is that it reappeared in the UK in 1999 wearing a Wyoming licence plate. It’s now wearing its original UK registration once again, and it’s due to roll across the auction block with Bonhams on the 3rd of September at The Beaulieu Sale, if you’d like to read more about the car or register to bid you can click here. 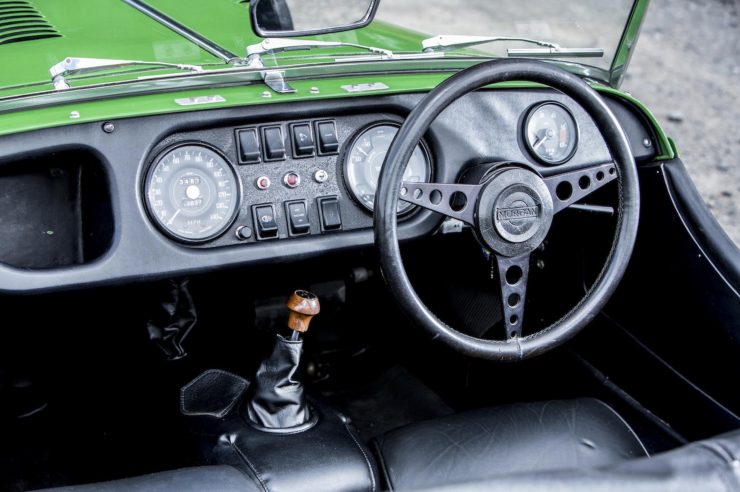 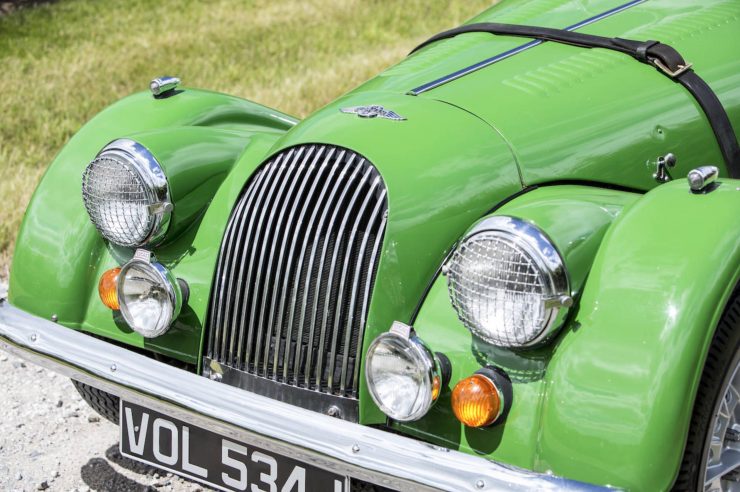 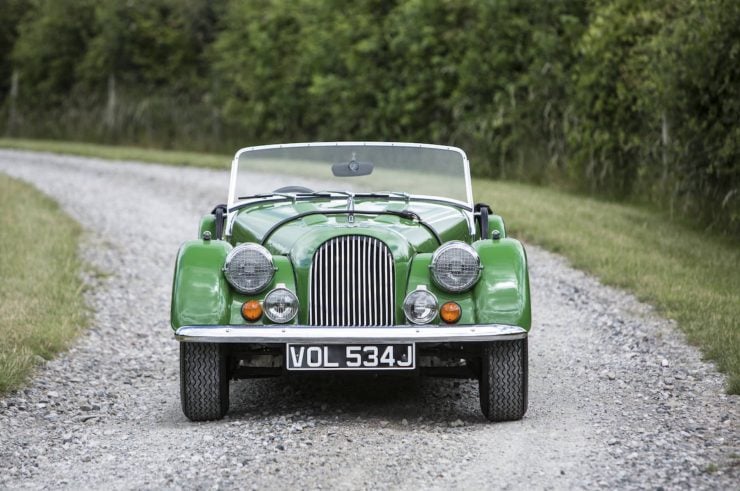 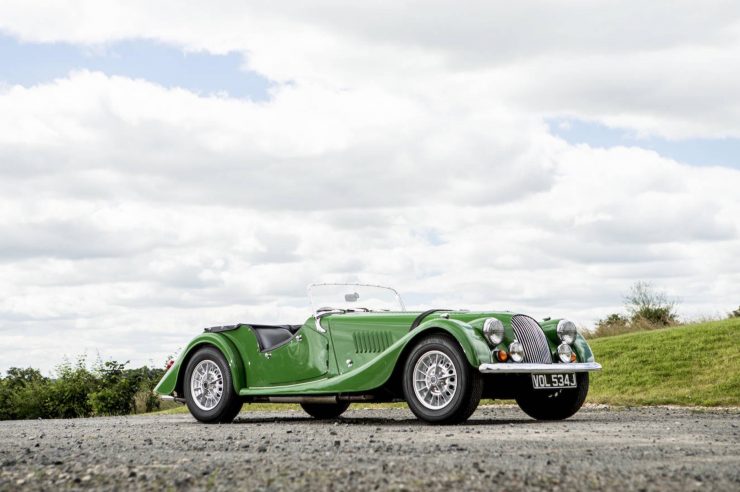 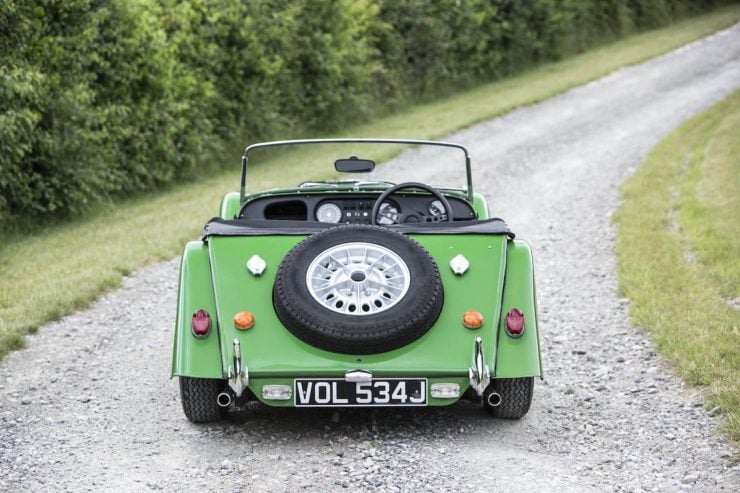 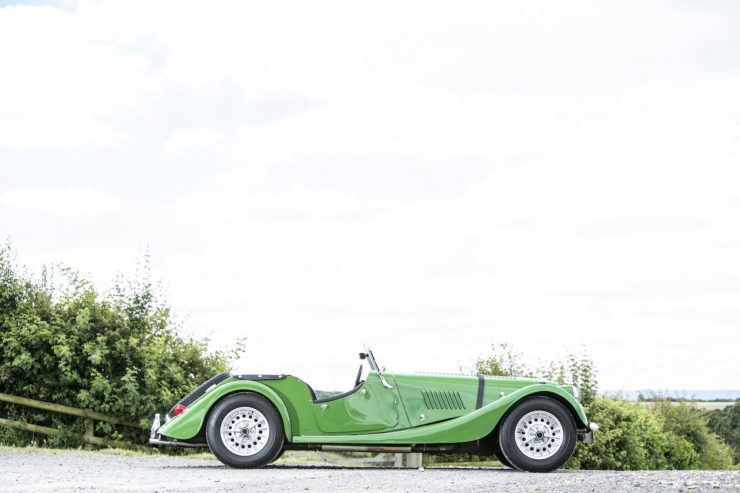 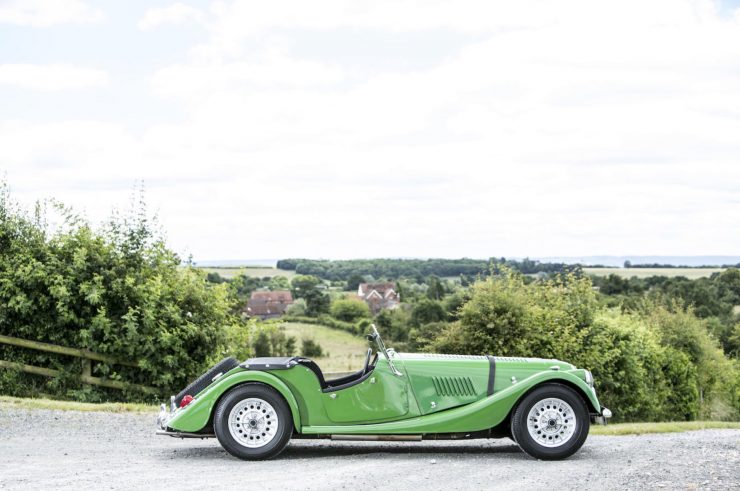 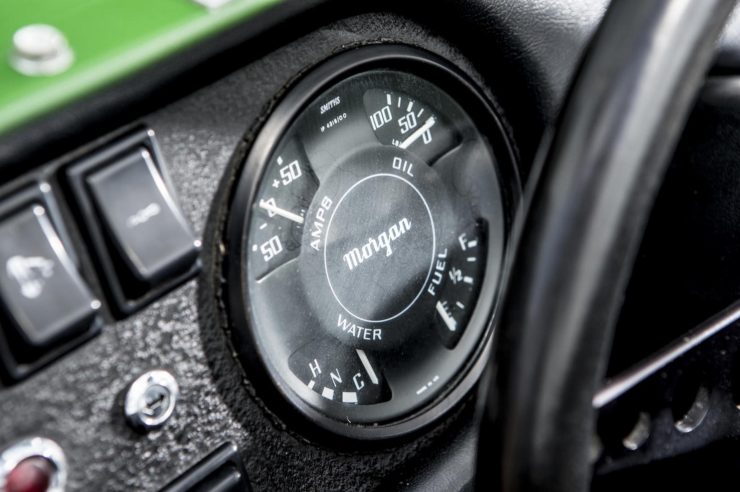 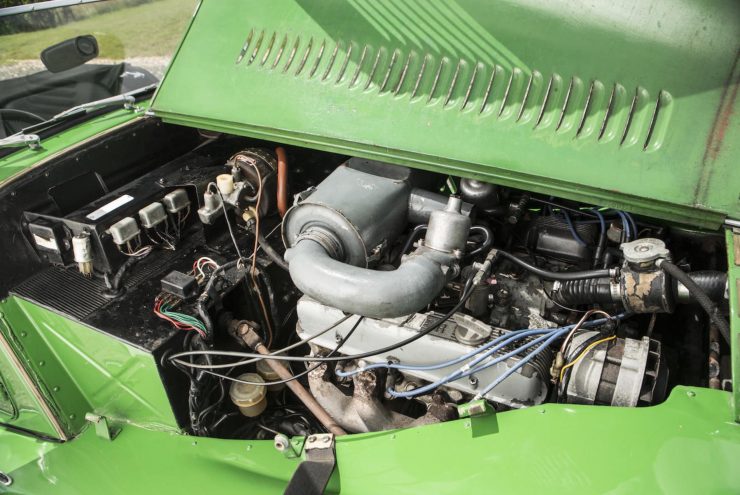 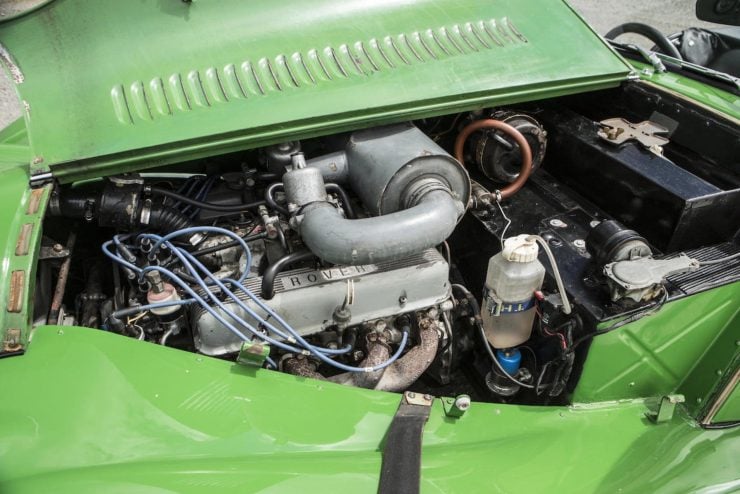 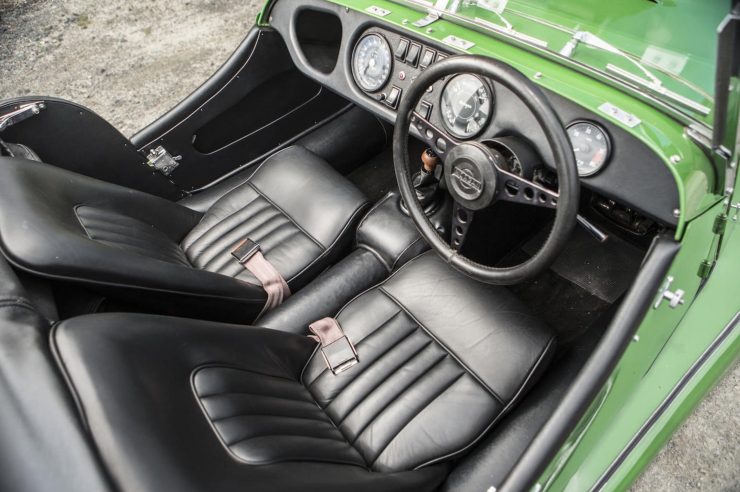 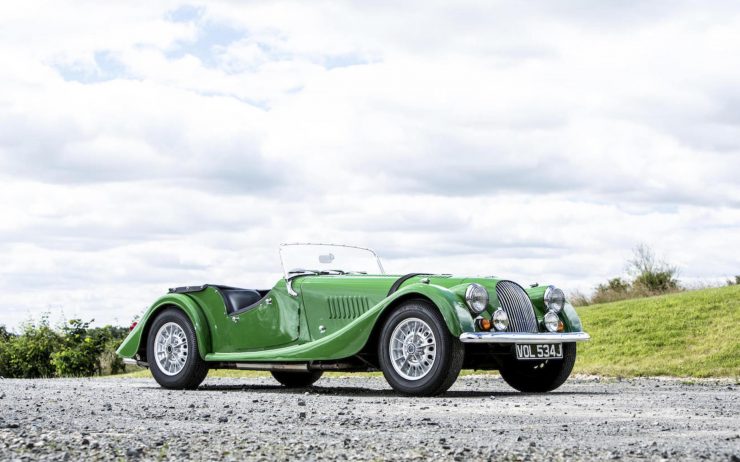 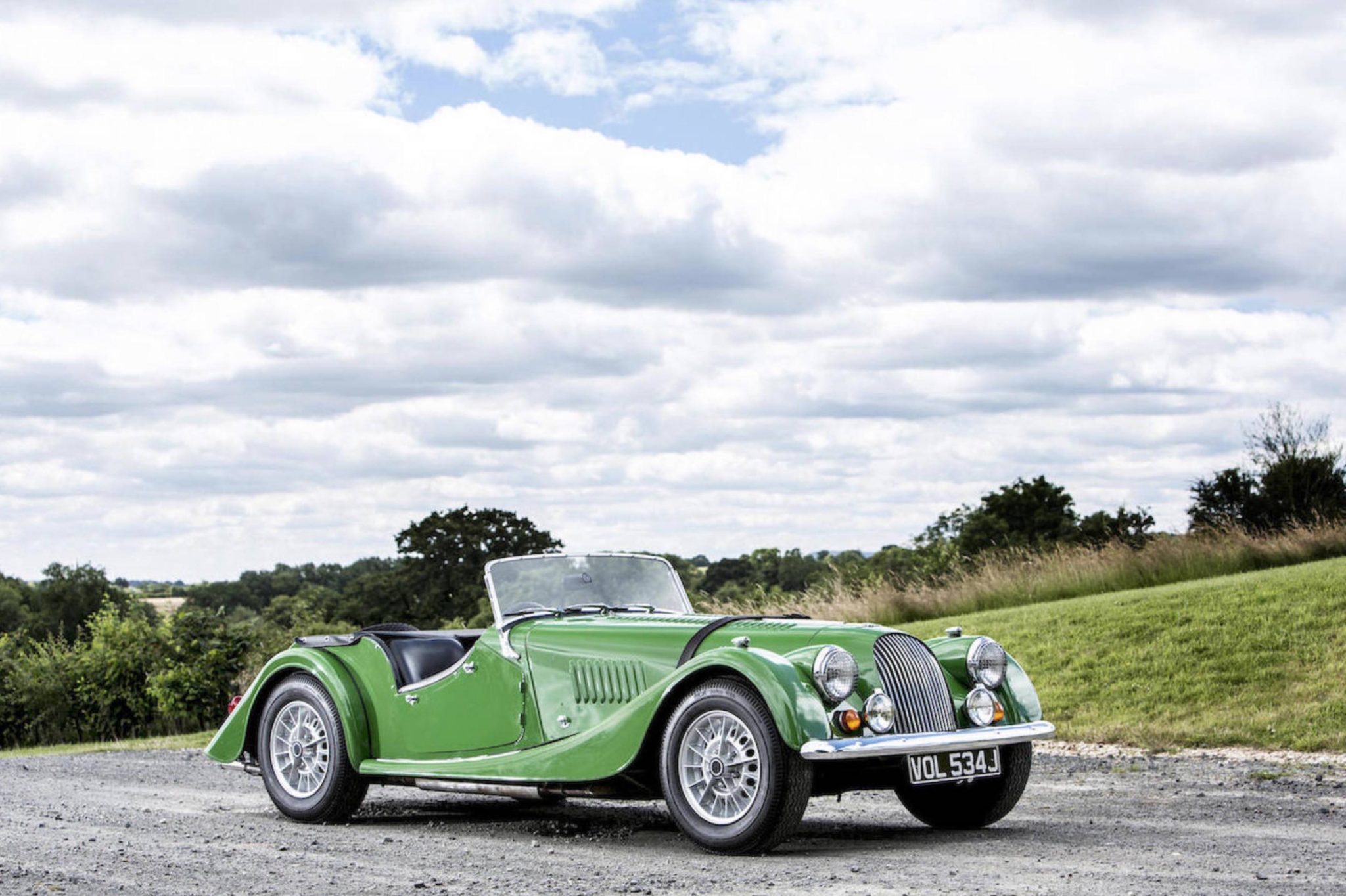