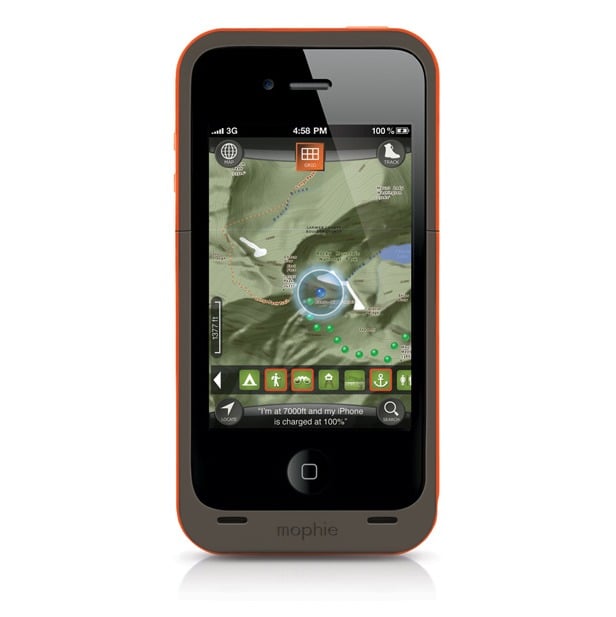 Having a handheld device with GPS, communications, a compass, maps, a camera, a video camera and the ability to look at pictures of boobs anytime you like is perhaps final proof that the future has arrived.

Sadly, the future seems to have arrived a little before battery technology capable of powering it for any meaningful length of time and so with this problem in mind, Mophie developed a line of iPhone cases that include supplemental batteries.

This version of the Mophie Juice Pack is the outdoor version, it comes coloured bright orange (to make it harder to lose in the bush), a rubberised exterior and a hidden battery that doubles the number of electrons available to your iPhone’s rather thirsty processor.

If you spend a fair bit of time away from power outlets and are in the habit of dropping your phone on a fairly regular basis (like I am), this could be a lifesaver.

Check it out here via Mophie. 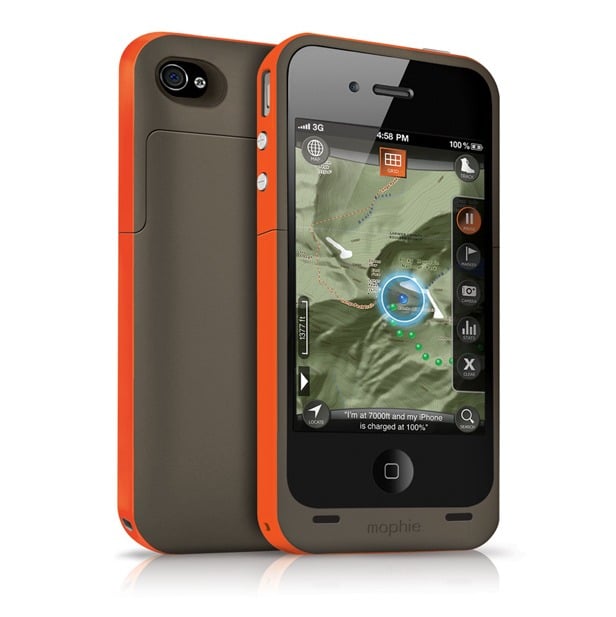