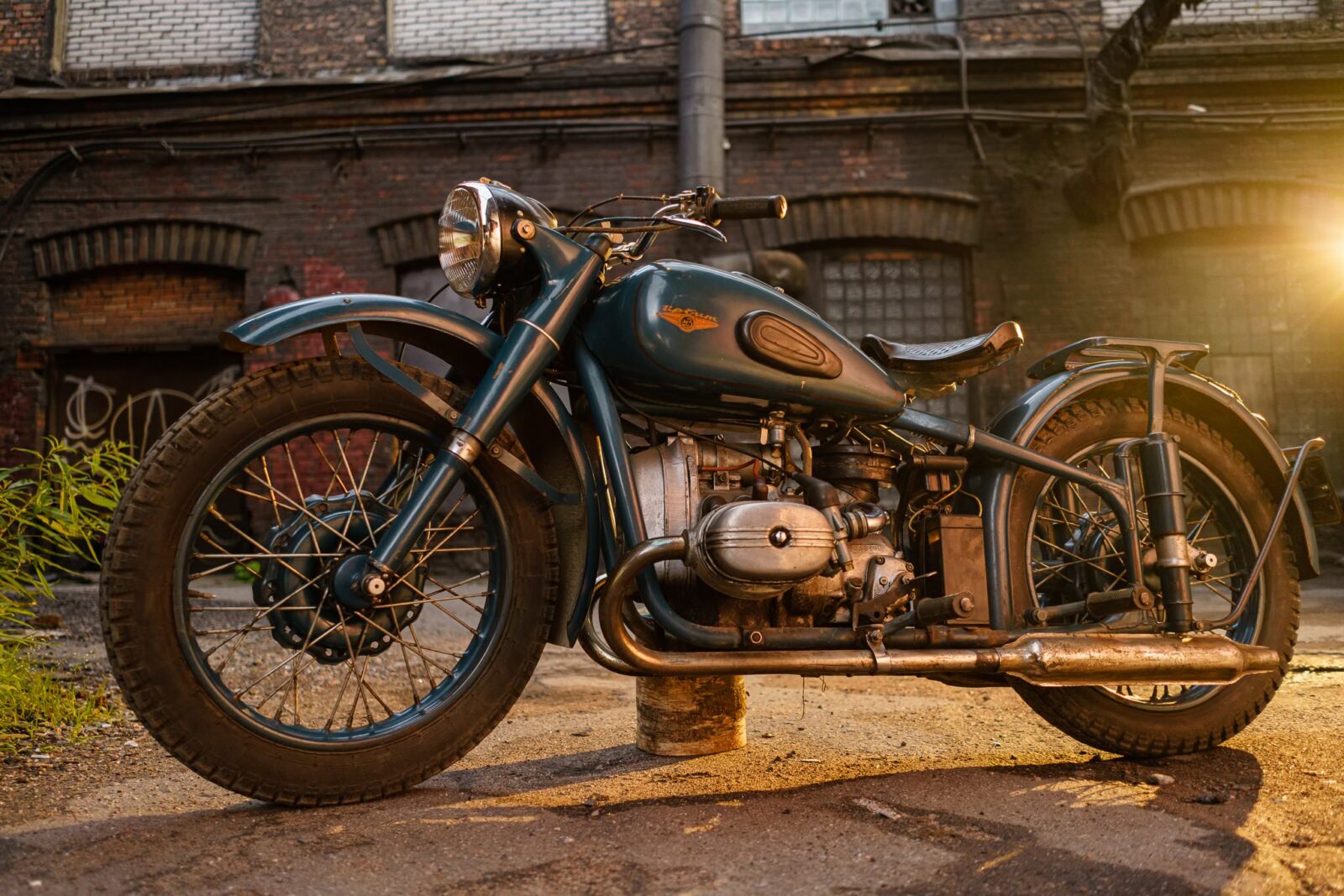 The history of motor vehicles from behind the Soviet Union’s Iron Curtain is a thing that many of us in the West are a little hazy on, but almost all of us have heard of the M-72 sidecar motorcycle and know the story of how it was (closely) based on the rugged WW2-era BMW R71.

Acquiring the rights and intellectual property for the design of the BMW R71 under the Molotov-Ribbentrob pact would turn out to be a remarkable leg up for the Soviet Union, the R71 was a tough and very well engineered vehicle perfect for use on the oftentimes rough roads and low quality fuel of the Soviet Union.

After the Soviets and the Nazis had started fighting each other over the large swaths of lebensraum east of Germany the factories building the M-72 had to be moved further and further back into Russia – out of the reach of Germany’s bombers. In the end, the production facilities ended up in the town of Irbit in the Ural Mountains which gave the motorcycle the name it carries to this day IMZ-Ural M-72 (for Irbitskiy Mototsikletniy Zavod – Ural Mountains). 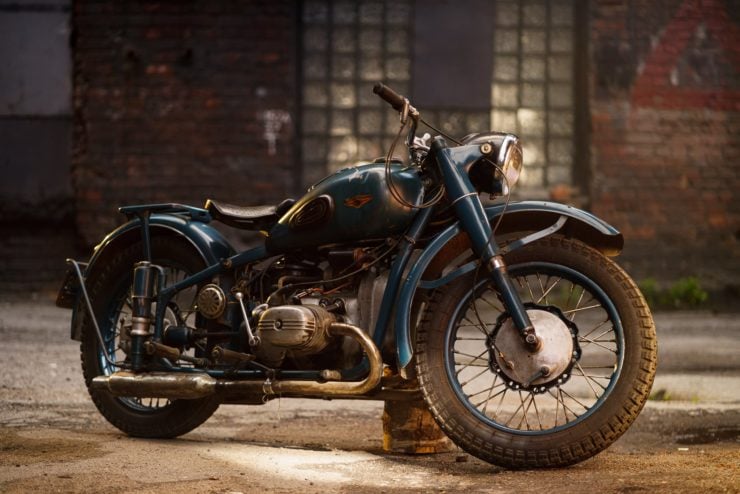 In 1957 a new motorcycle appeared out of the Irbitskiy Mototsikletniy Zavod factories, it was called the M-61 and it featured a slew of upgrades over its now somewhat antiquated older sibling. In place of the original flat head horizontally-opposed twin engine design was a new 650cc horizontally-opposed twin overhead valve engine producing 28 hp at 4,800 rpm – a 27% increase in power over the 22 hp M-72.

The budget for development was somewhat limited so the engineers wisely spent it mostly on the engine, as a result the M-61 looks visually very similar to the M-72M. Expert eyes will note the different OHV engine and the other subtle changes made to the model including more modern telescopic forks, higher rear plungers, and Dnepr K-750 style knee pads with concentric ovals.

The motorcycle you see pictured here is a remarkably original and unrestored M-61 from 1960, relatively few of these have survived and ever fewer have survived in running condition. The reason this bike survived is almost certainly down to the fact that it was used as an indoor display piece on a Russian military facility for many years before being bought by the current owner – who just happens to be an expert enthusiast on the subject of Soviet motorcycles. 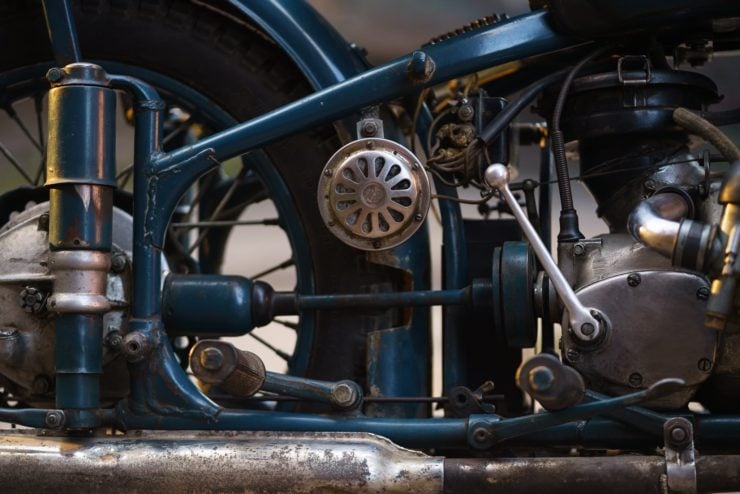 When he acquired the motorcycle he changed the oil and inspected the engine, then when it was clear that everything was in order he attempted to start it. The engine roared to life and performed well on a short test ride – longer rides have not been attempted as the bike is still sitting on its original Soviet Union era tires which have been kept in place in case the new owner wants to use the bike as a display.

In the seller’s own words:

“All the serial numbers of the parts and integral units correspond to the production date and were installed at the point of manufacturing. The electrical components are also original, including the multi-colored wiring in cloth jacket. All lights are in operation. The paintwork is original, which is very rare and surprising given the common Russian storage conditions. Tires also originate from the USSR times and are in an exhibitory condition.”

“The vehicle documents are legitimate and up-to-date. As a bonus, you’ll get the original manufacturer’s specification, which can be of a certain historical value.”

He’s currently offering the IMZ M-61 for the rather reasonable price of $6,000 USD and can help with transporting it to St. Petersburg, from where the buyer will need to organise their own shipping. If you’d like to get in touch with him please get in touch with us via our contact page here and we’ll connect you. 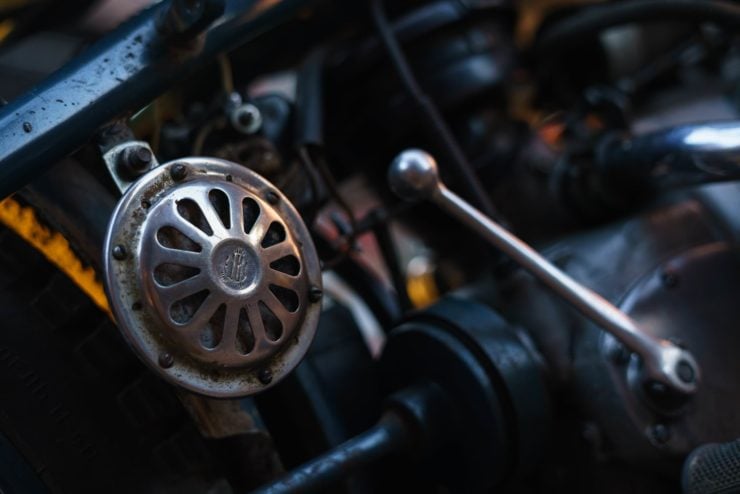 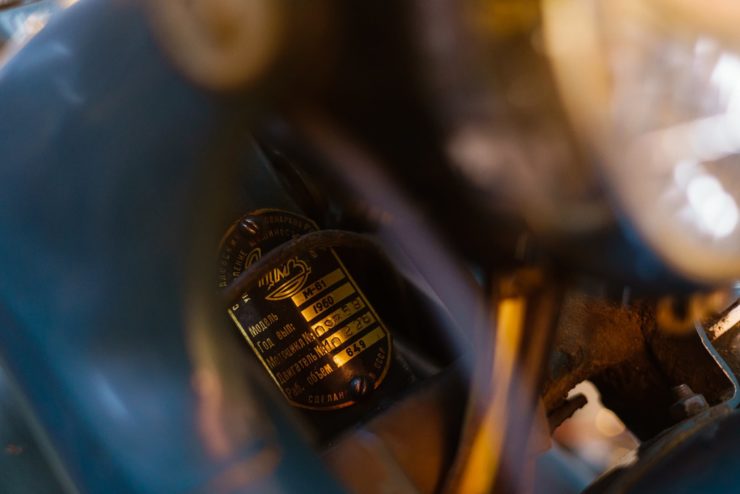 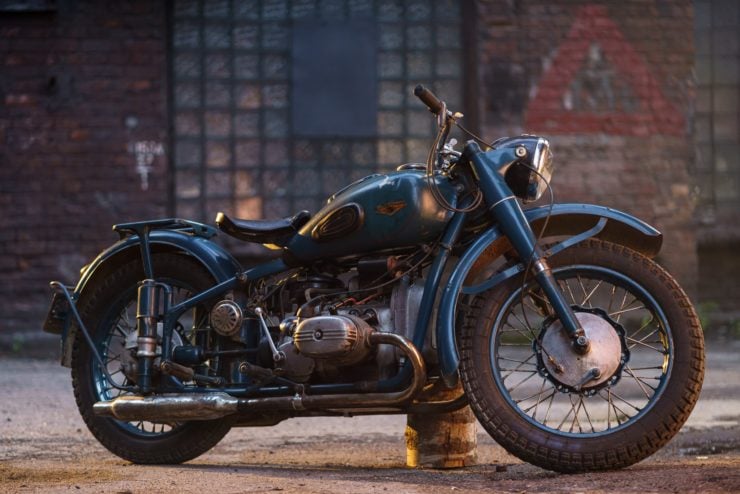 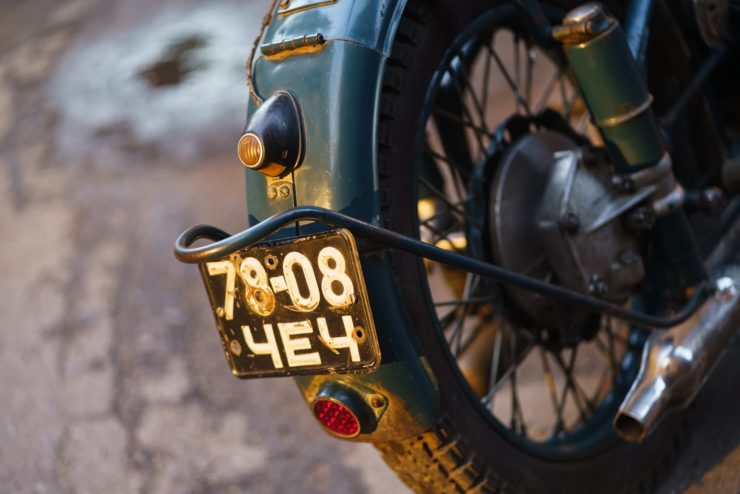 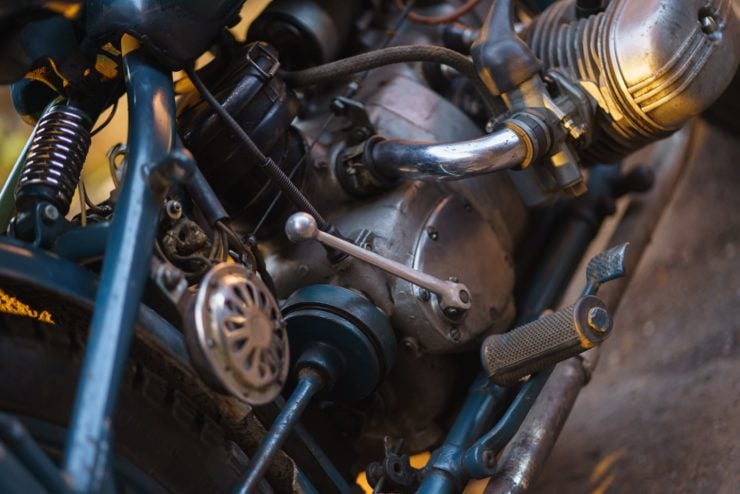 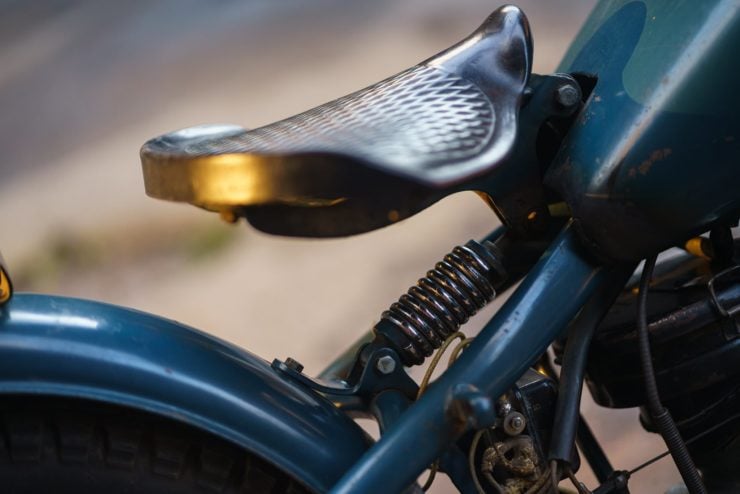 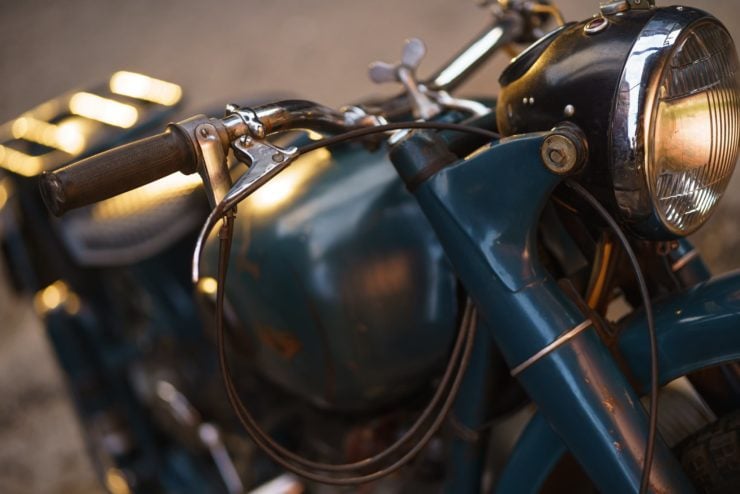 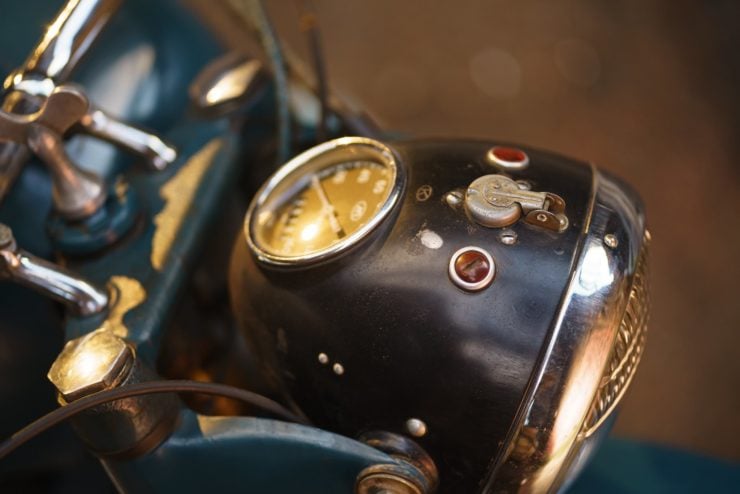 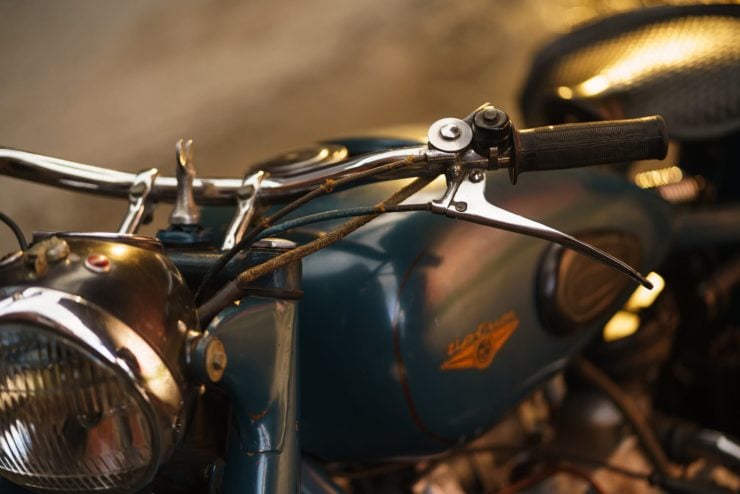 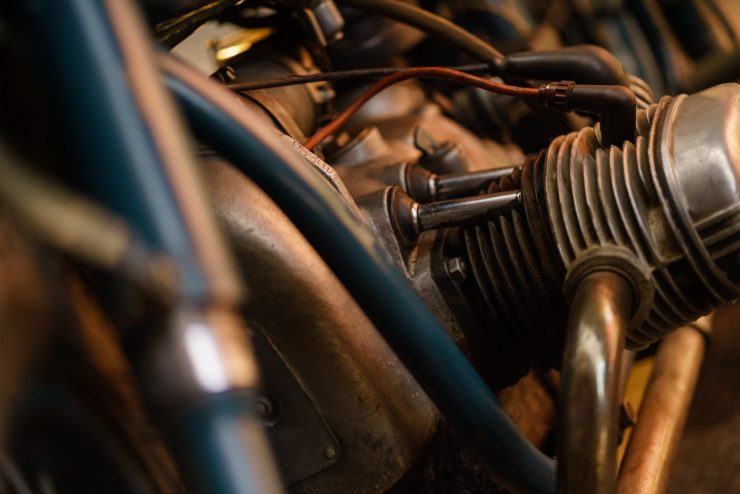 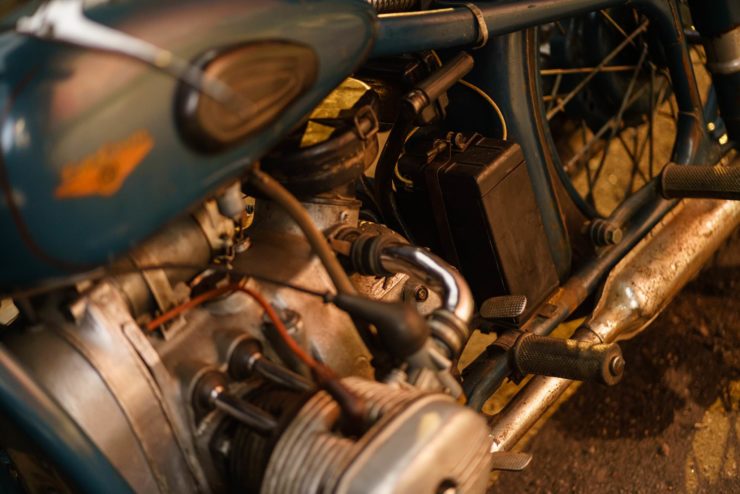 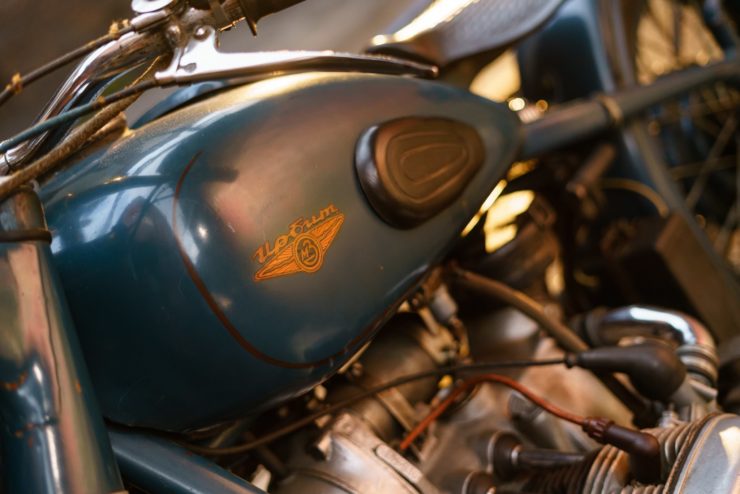 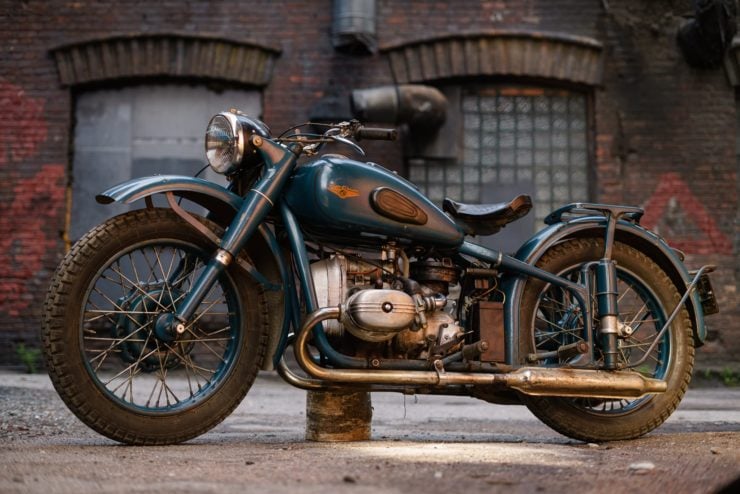 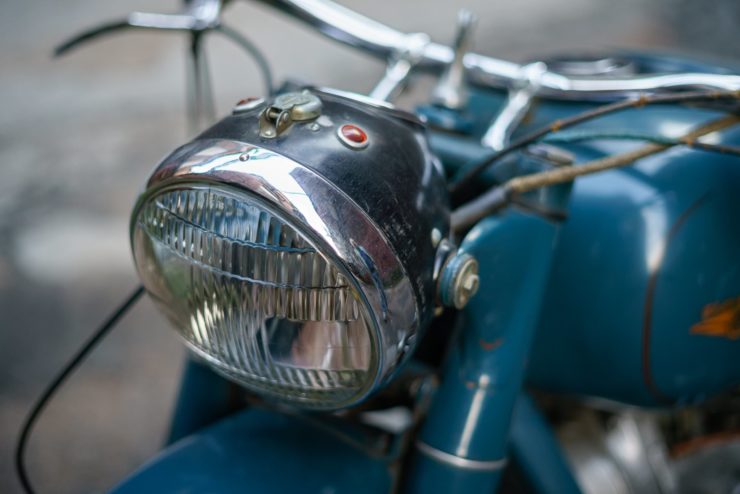 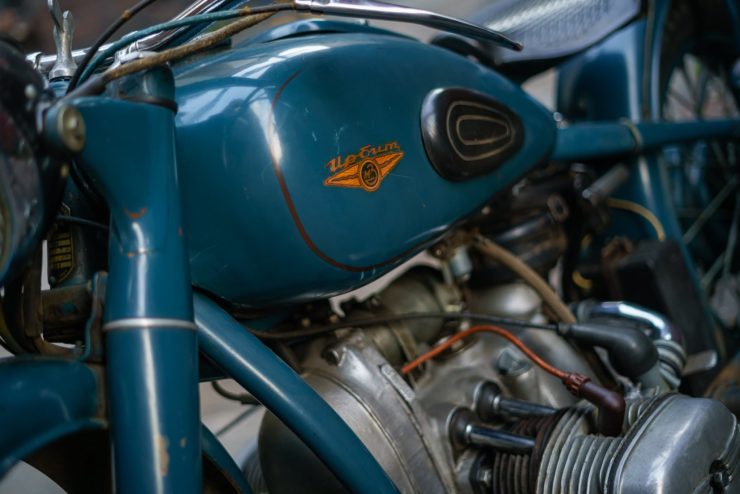 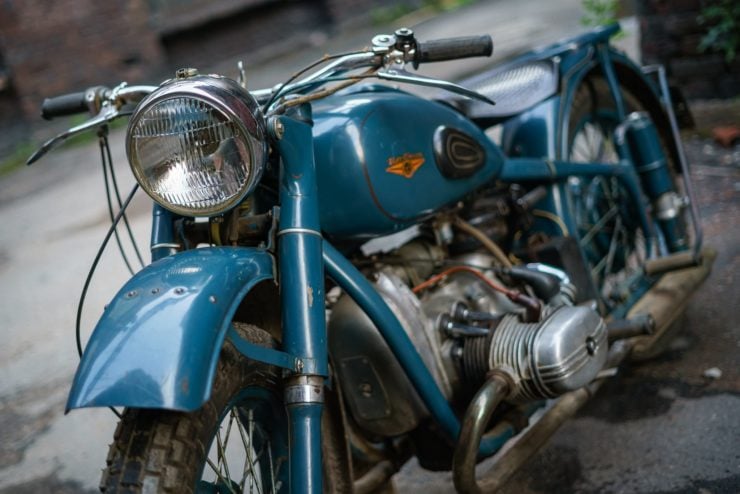 The Honda CT50 Motra is one of the more unusual two-wheeled creations from Honda, it’s an off-road scooter that was designed to be genuinely capable both off the asphalt and on it. Now of course…