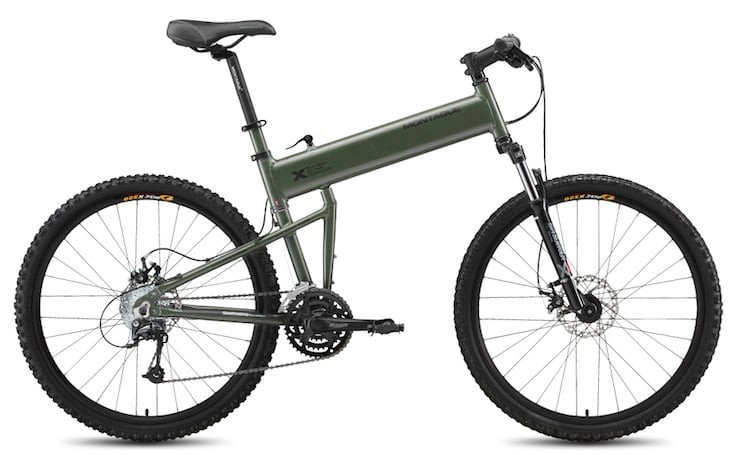 The Montague Paratrooper is a mountain bike developed as a joint venture between the Defence Advanced Research Projects Agency (DARPA), the US Marine Corps and Montague.

The mountain bike itself is exceedingly tough and can handle loads of up to 500 lbs (one marine plus weapons, gear and supplies), the frame is made of double butted 7005 series aluminium and all of the parts on the bike are serviceable by your local bike shop.

The Montague Paratrooper’s front suspension is a SR Suntour XCT V4 unit with 80mm of travel, it’s fitted with a Shimano 24-Speed drivetrain and a Shimano RAPIDFIRE Plus Trigger Shifter. The bike can be folded or unfolded in less than 30 seconds and has become popular with non-military trail riders due to the fact that they can fit the bike in the trunk and no matter how hard they try, they can’t break it.

The bikes are currently available in both 18 and 20 inch sizes with a MSRP of $899 USD, this is about what you’d expect to pay for a standard mid-range mountain bike and the Montague’s military heritage give it a level of credibility far above anything else on the trails. 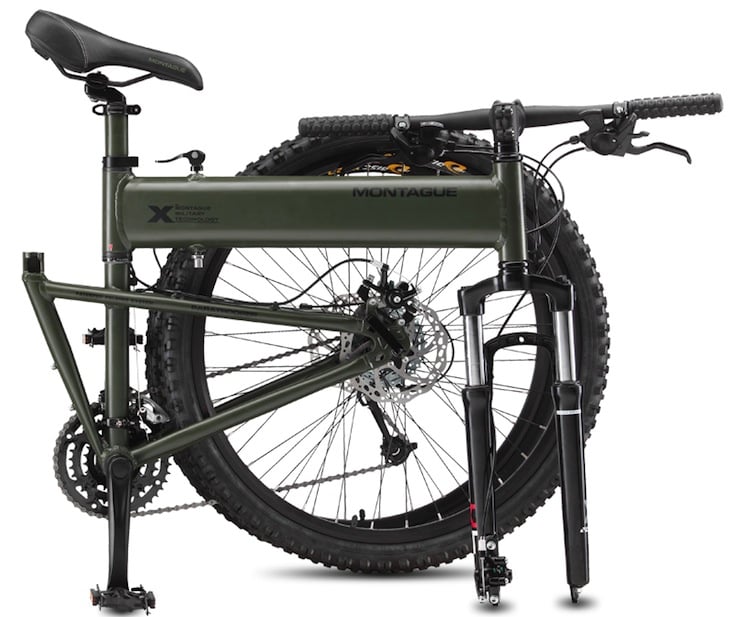 Published by Ben Branch - March 28th 2013
Related Posts
For Sale: The Q Boat From James Bond’s “The World Is Not Enough”