The MoBed – A Motorcycle Mounted Tent

The MoBed is a motorcycle mounted tent designed to get you up off the ground away from the bugs and snakes, and its makers say it doubles as a good way to ensure your bike isn’t stolen at night while you sleep.

Obviously you’d need to ask yourself how much you trust your motorcycle’s centre stand, how windy it’s likely to be where you’re setting up camp, and whether you really want to be at buffet-table height for the local bear population.

The team behind the design of the MoBed explain that it’s currently only suitable for fitting to the BMW R1200GS from 2004 to 2013 depending on which panniers you have installed. While it’s not currently in production, they do ask that prospective buyers contact them for more information on getting one. 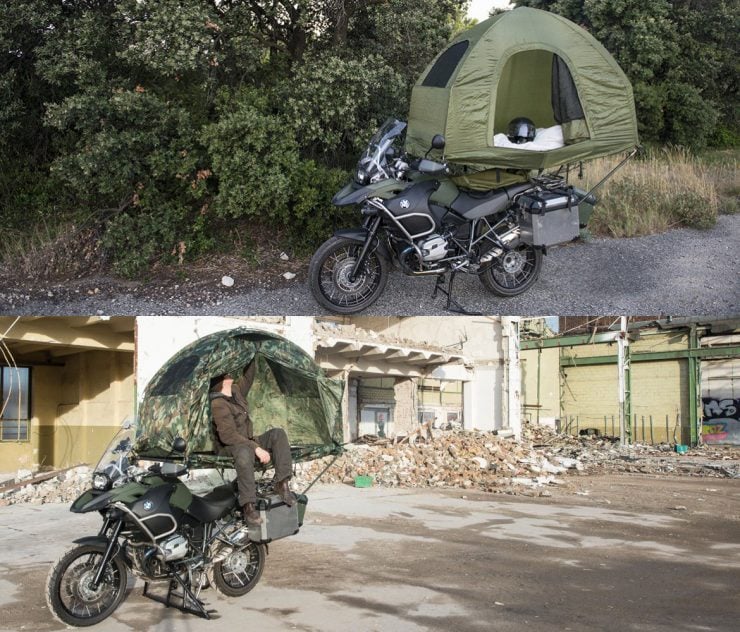