The Messerschmitt Me 323 D was the single largest fixed-wing aircraft of WWII, this behemoth had a maximum carrying capacity of 20 tonnes, was powered by 6 Gnome et Rhône GR14N radial engines rated at 990 hp each and when fully loaded, the Me 323 D required the addition of 4 liquid-fueled RATO rockets to be fitted to the undersides of the wings in order to get off the ground.

The 323 D was directly based on the large Me 321 unpowered assault glider, a plane that had been developed to assist Germany invade Britain during Operation Sea Lion, this operation never took place so the Me 321 aircraft were used almost exclusively on the Russian front as transport planes. 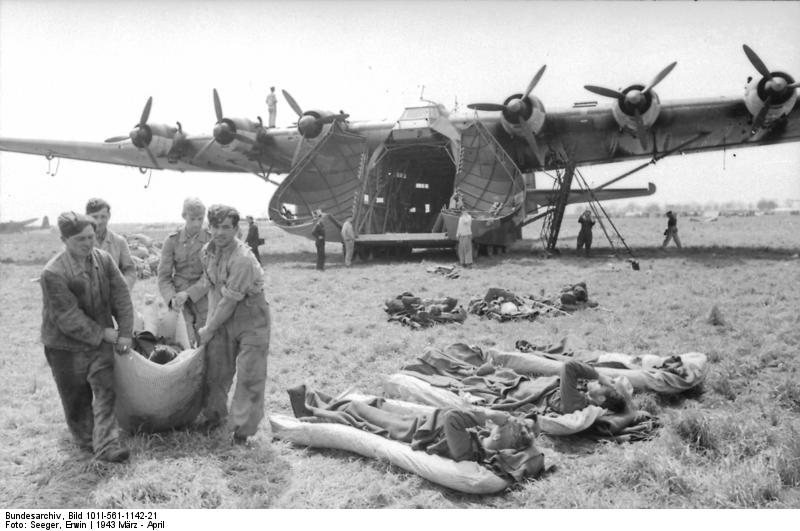 In 1941 it was decided that a motorised variant was needed to transport equipment and troops across Germany’s expanding European and North African empire. French GR14N radial engines were chosen to reduce the load on Germany’s manufacturing industry, the wings were constructed almost entirely from wood and canvas, with the fuselage being built from steel tubing, canvas and some limited sheet aluminium.

The Messerschmitt Me 323 D earned the nickname “Leukoplastbomber (“Elastoplast bomber”)” due to the plane’s ability to withstand enemy fire, the planes would often be covered in repair tape, fabric patches and welded-on steel support rods to hold them together.

All in, 213 Me 323 Ds were made and sadly, none of them are still with us. All that remains of the mighty aircraft is a single wing spar at the  Luftwaffenmuseum der Bundeswehr in Berlin. 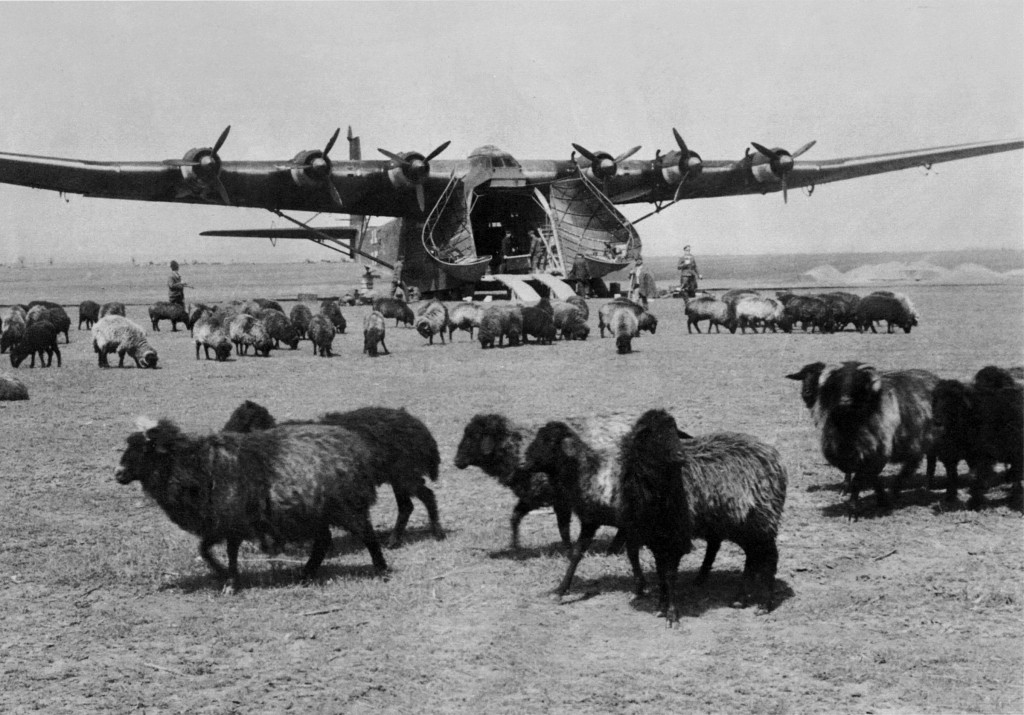 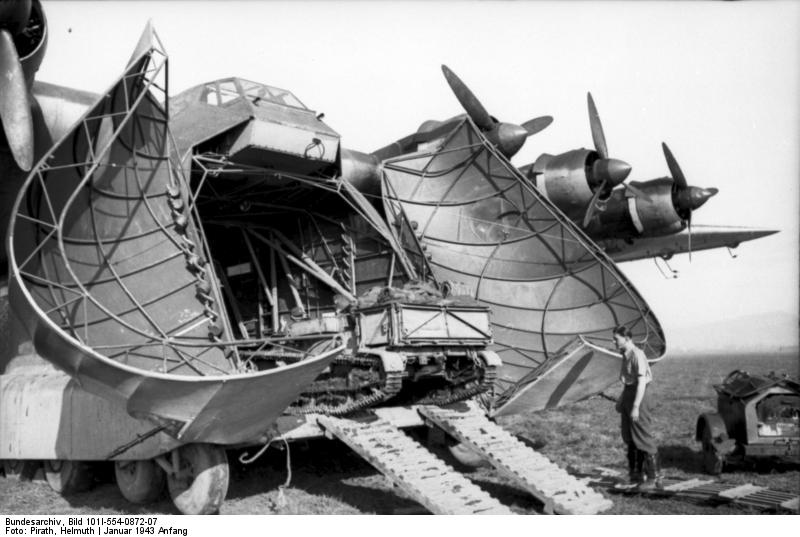 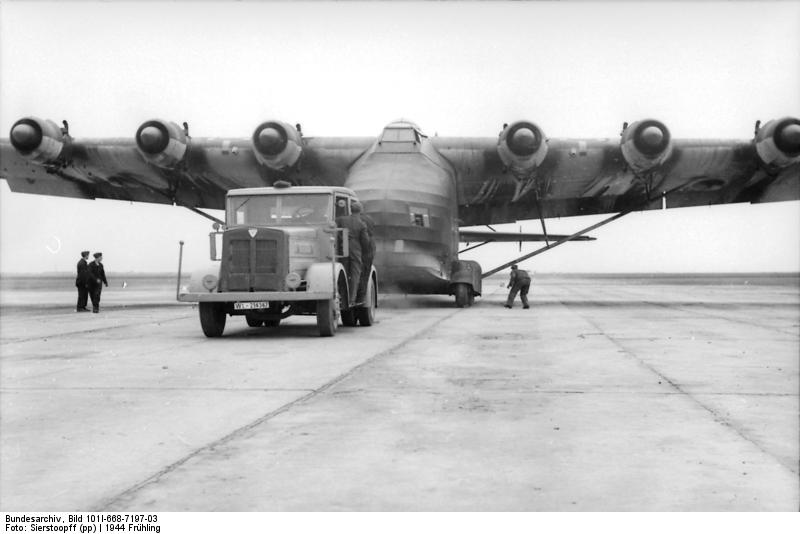 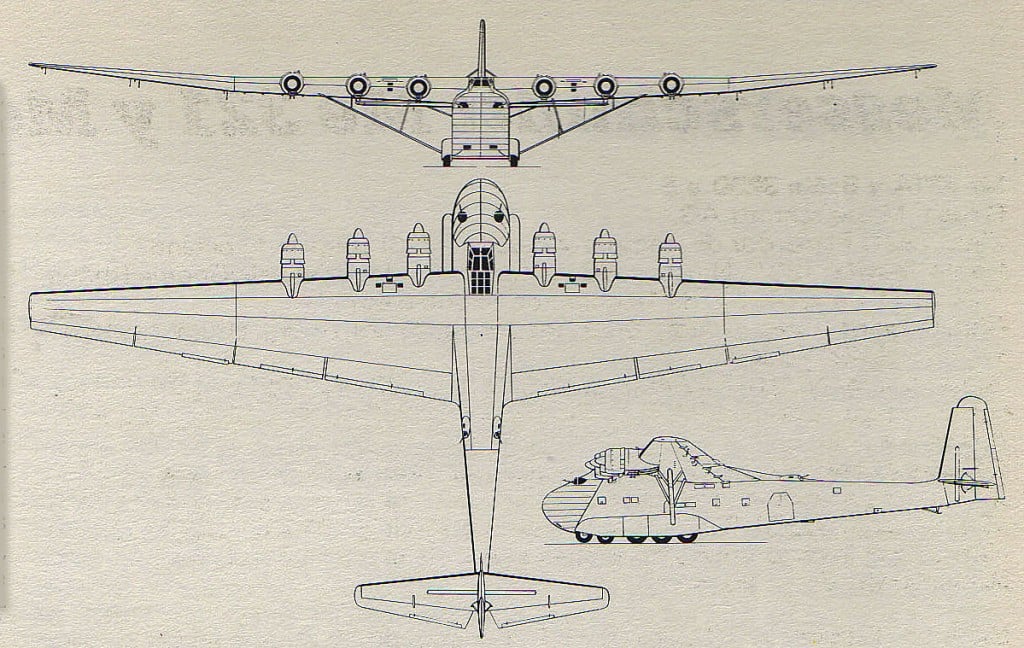