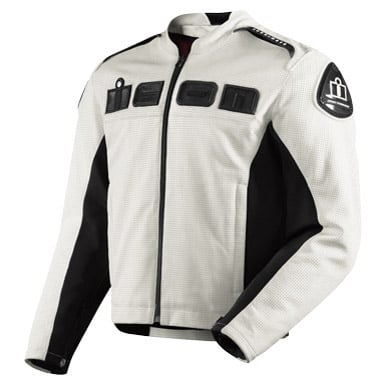 Leather jackets and heat go together like politics and relatives. They really aren’t the best bedfellows. Icon is seeking to amend this problem by offering motorcycle jackets like this one, the Accelerant Perforated.

It’s a standard 1.2-1.4mm leather jacket that’s had thousands of tiny holes punched through it to give airflow without compromising on safety. It also has removable CE field armor impact protectors at the elbow and shoulder, a dual density back pad, external back & shoulder plates with alloy inserts and zippered shoulder vents.

For those of us who live in climates that get uncomfortably hot, this is a great alternative to riding with your jacket open (or, God forbid, riding with no jacket at all). 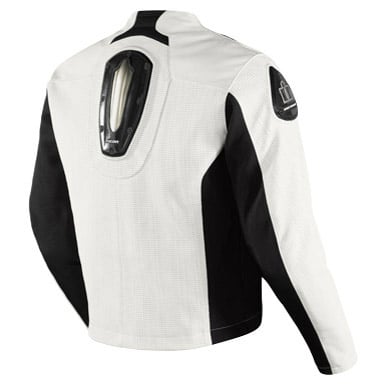