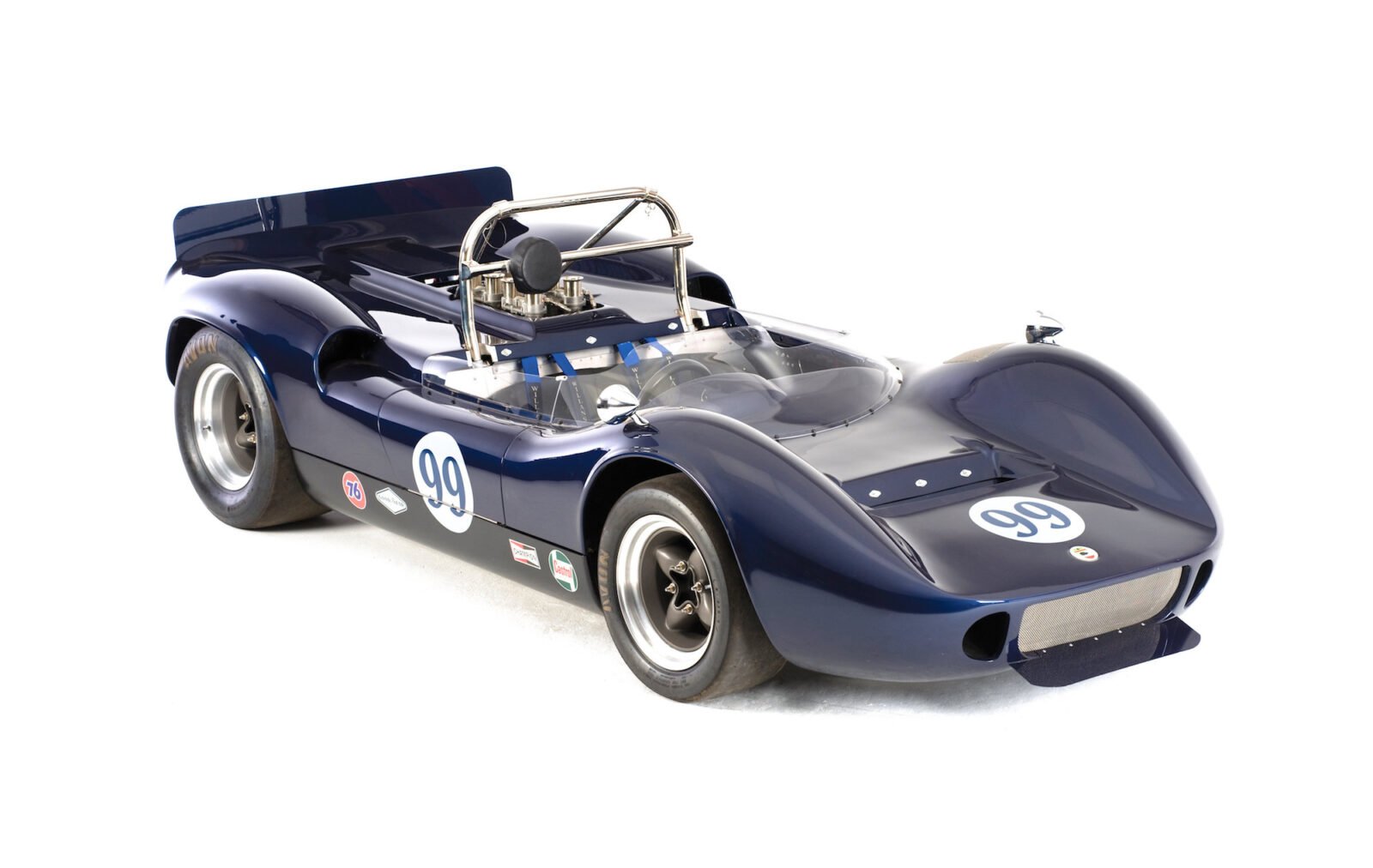 The McLaren M1B was an evolution of the M1A – the new version delivered a 20% stiffer chassis with no weight gain thanks to the work of engineer Robin Herd. The body design was also developed to take advantage of advances in aerodynamic theory, the new nose was more rounded and the tail was chopped off in the Kammback style.

The engines used in the M1B changed over the course of the 1966 Can Am season, the original 5-litre Traco-Oldsmobile engine was an all-alloy unit so it had the benefit of being lighter than the competition. But it lacked about 100 hp on the 6-litre Chevrolet V8 being used by Jim Hall’s Chaparral – the only car faster than the McLaren at the time.

Bruce McLaren made a difficult decision as the 1966 season progressed to switch engines, he knew it would involve taking on 200 lbs of additional weight due to the iron block of the Chevrolet, but it meant 100 additional horsepower that the M1B needed to match or best the Chaparral. Of the 28 McLaren M1B cars that were built some were fitted with the original Traco-Oldsmobile engine, some with a Ford V8 and some (like Bruce’s) with a Chevrolet engine.

As with many Can-Am cars of the era, the McLaren M1B had a significant rear-weight bias due to the lightness of the spaceframe chassis and body when compared with the large V8s that were often fitted in a rear-mid position. The M1B weighed in at 1300 lbs in total (minus fluids) and when ready to race it had a 40% front, 60% rear weight distribution.

Of the 28 M1Bs that were build, it’s estimated that just over half have survived to the modern day. Immaculate examples like the restored one you see here come up for sale maybe once or twice in a decade, and due to the fact that it would be welcomed at literally any automotive event in the world from the Goodwood Revival right down to Cars and Coffee – it’s likely to attract quite a bit of attention from all the right collectors. 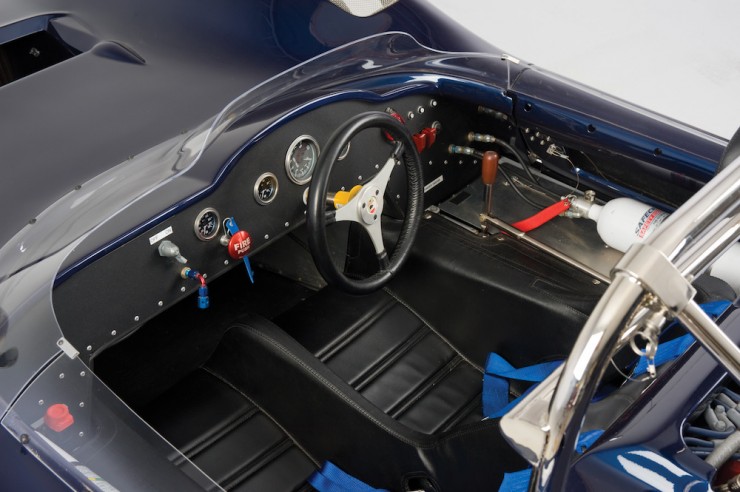 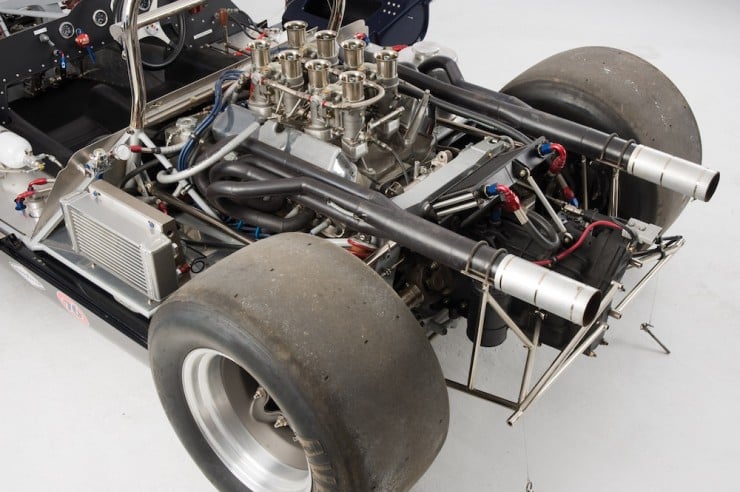 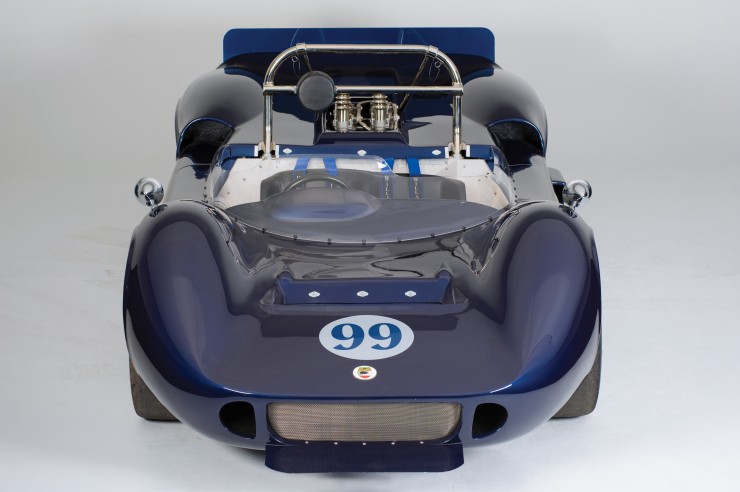 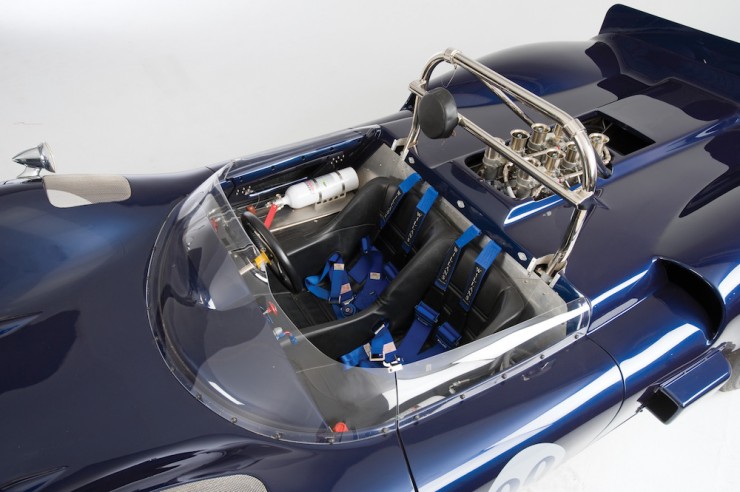 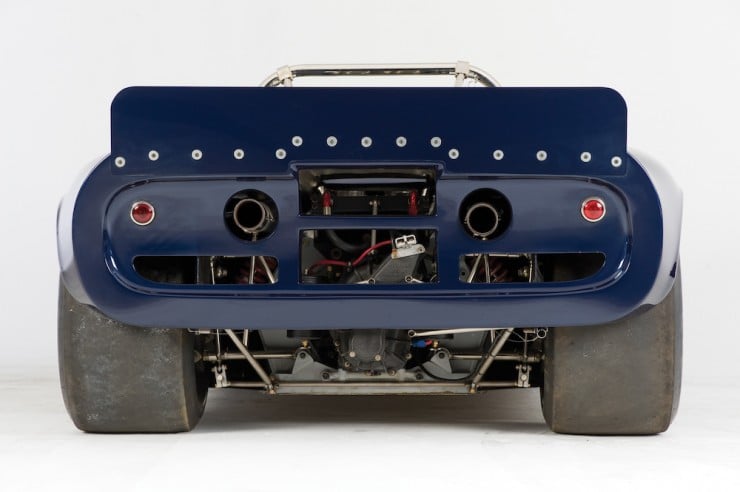 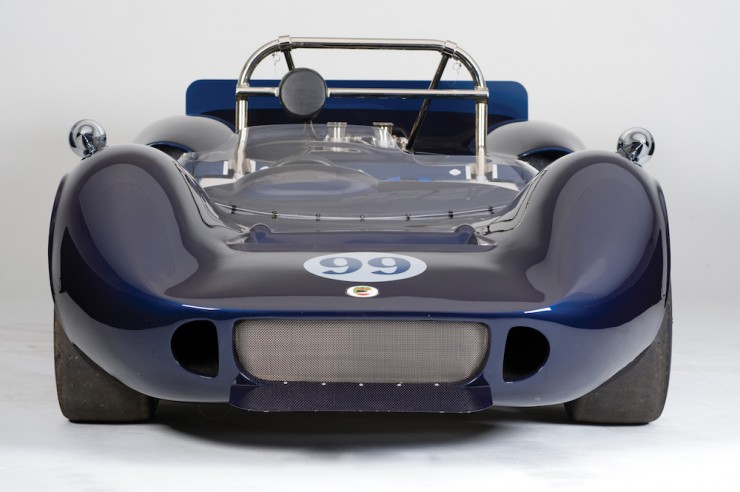 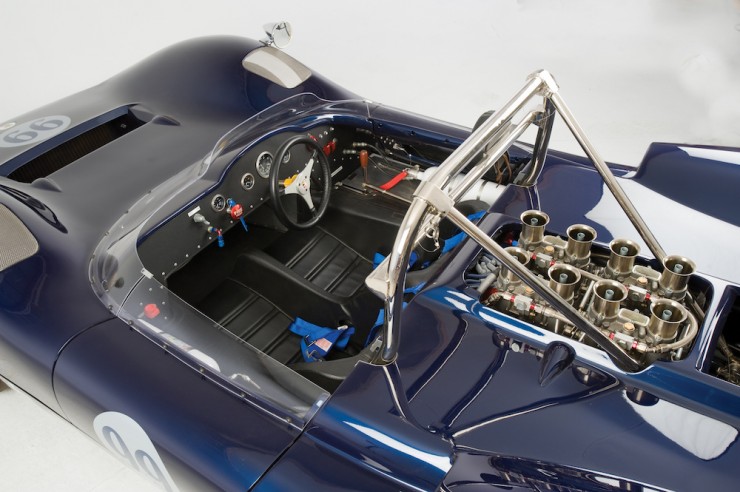 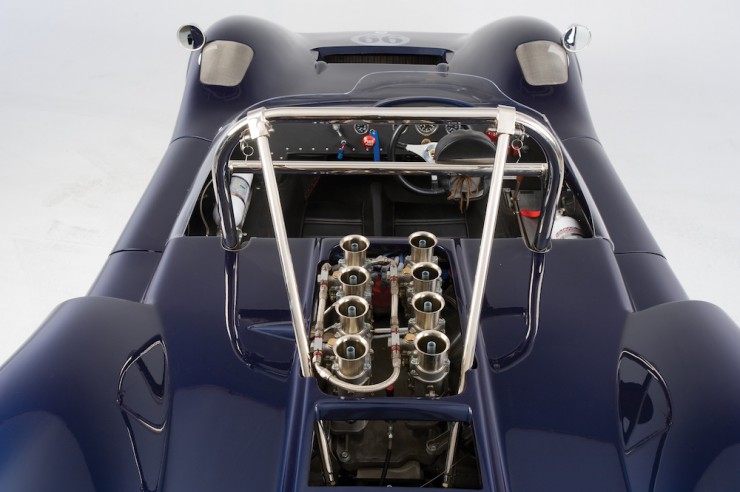 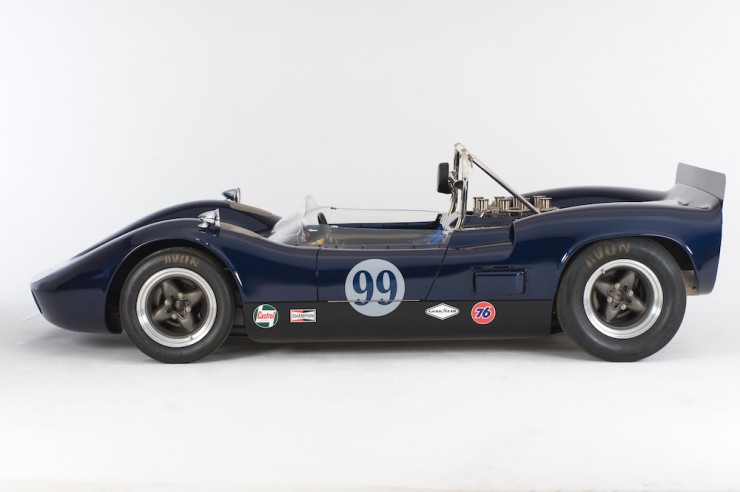 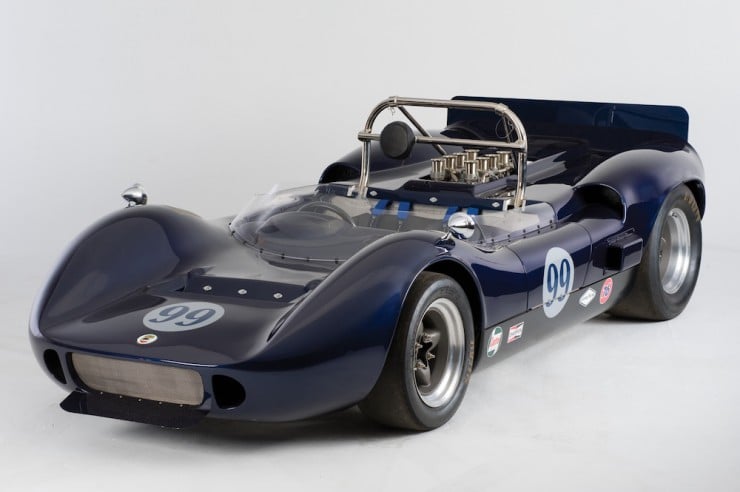 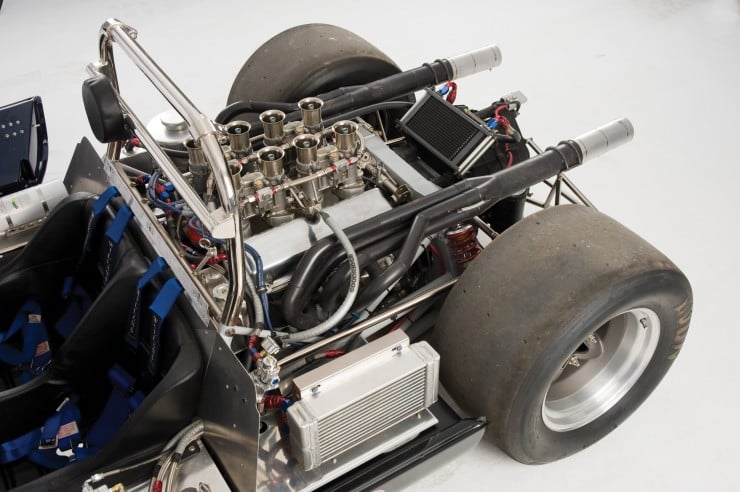 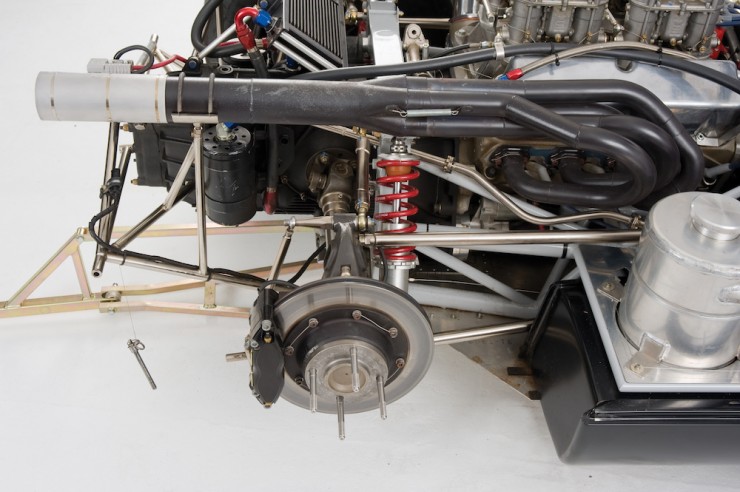 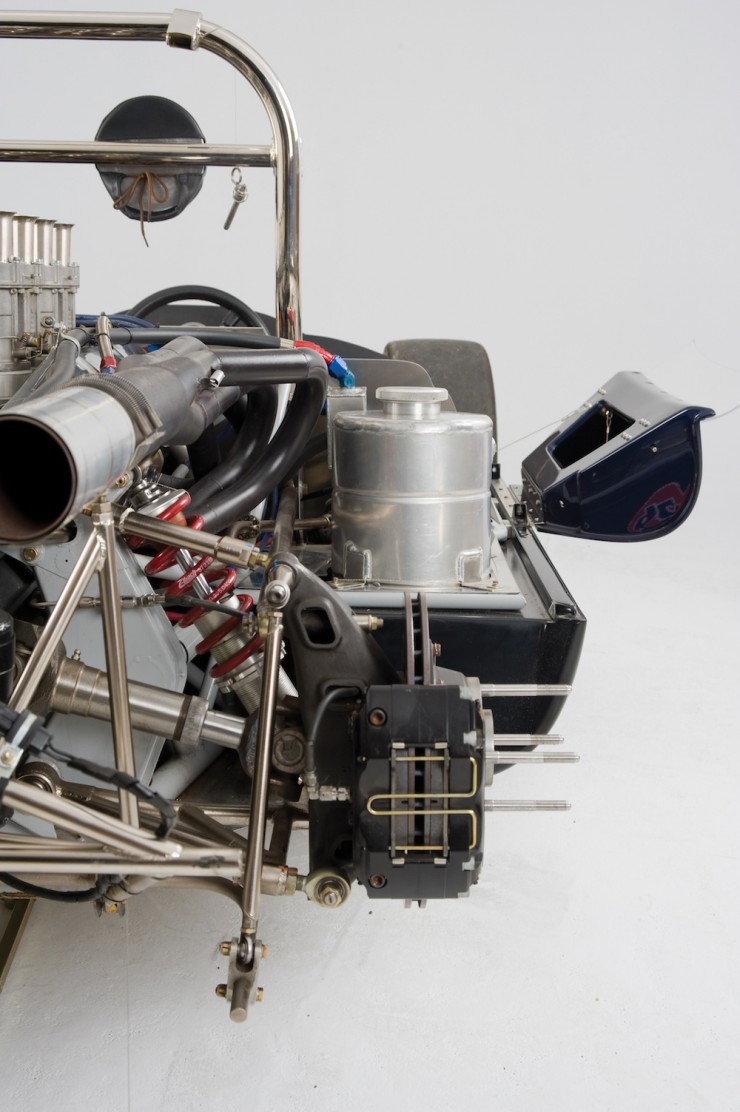 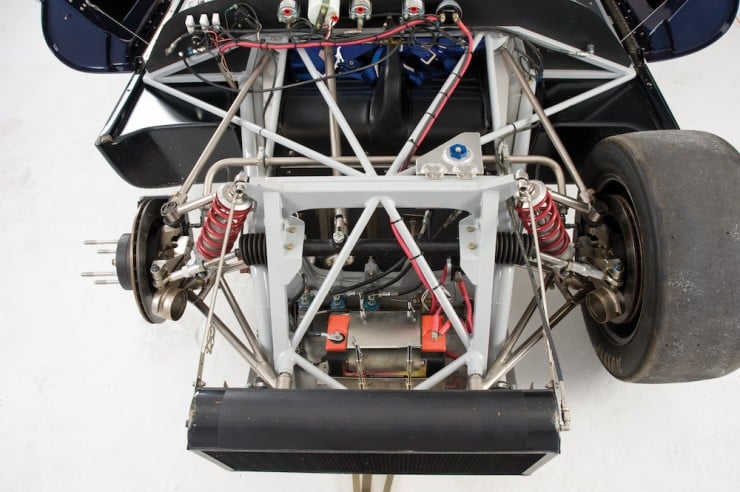 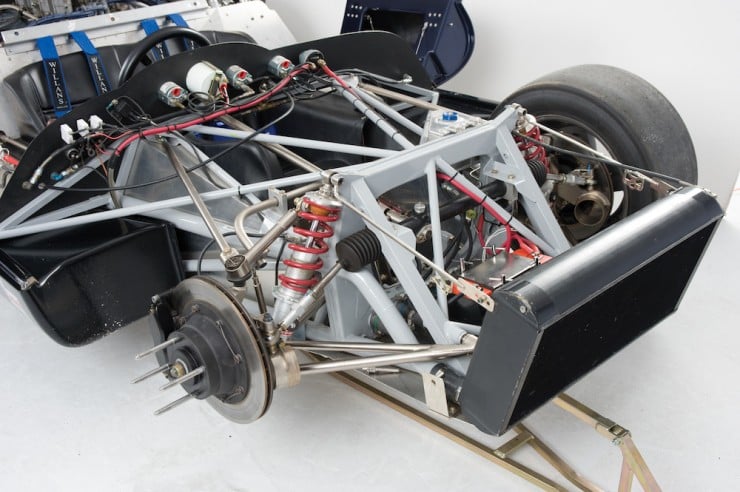 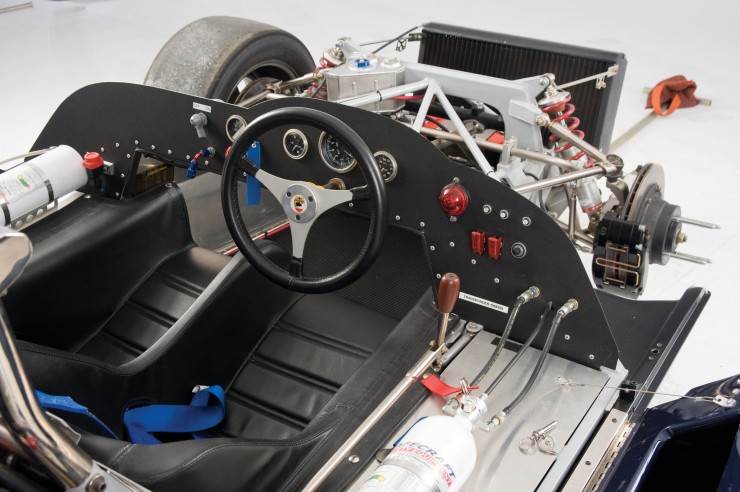 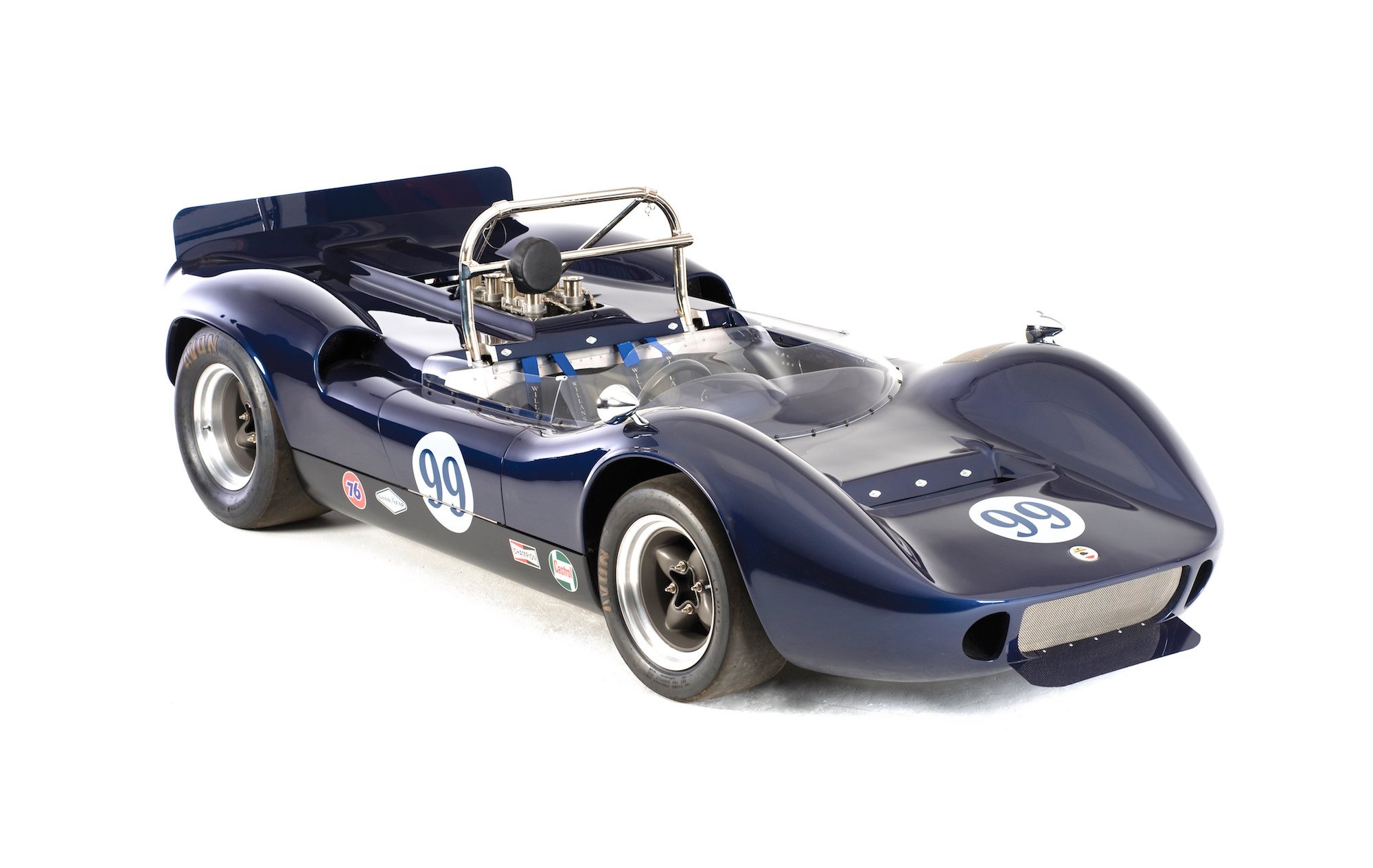