By 1956 the Monte Carlo Rally was already 45 years old, and very well established as one of the world’s pre-eminent road racing events. Automobile manufacturers used it as a way to publicly show off the toughness and reliability of their vehicles, and played down the amount of mechanical work the driver and co-driver typically did over the course of each event.

If you’d like to read more about this history of the Monte Carlo Rally you can click here – the Wikipedia entry is actually one of the best sources you’ll find about it online. The film above is 480p but it’s a recording from the original film of course, so the quality is a little lacking. Depending on your screen size you might want to reduce the size of your web browser to make the playback window smaller for clarity. 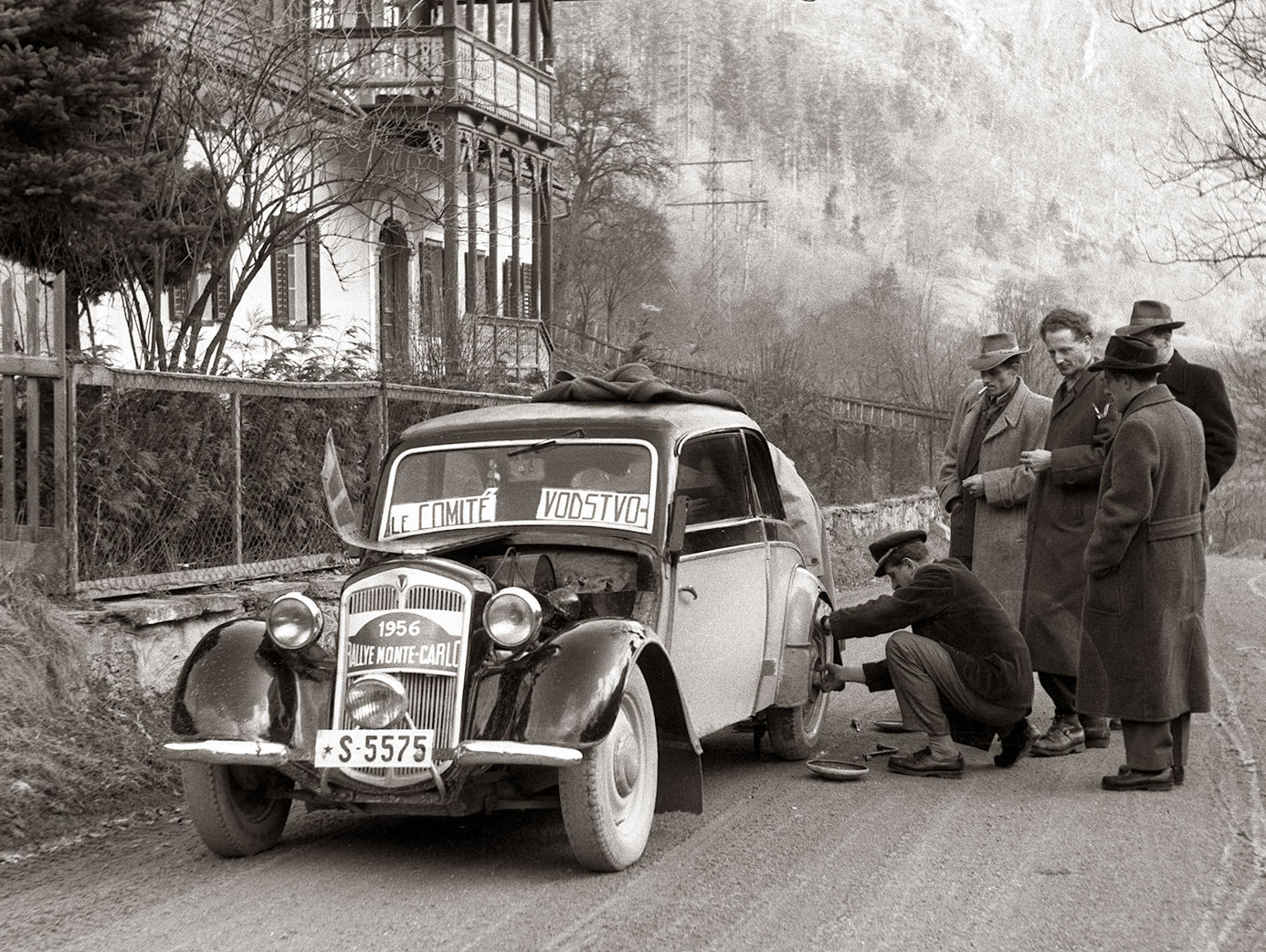