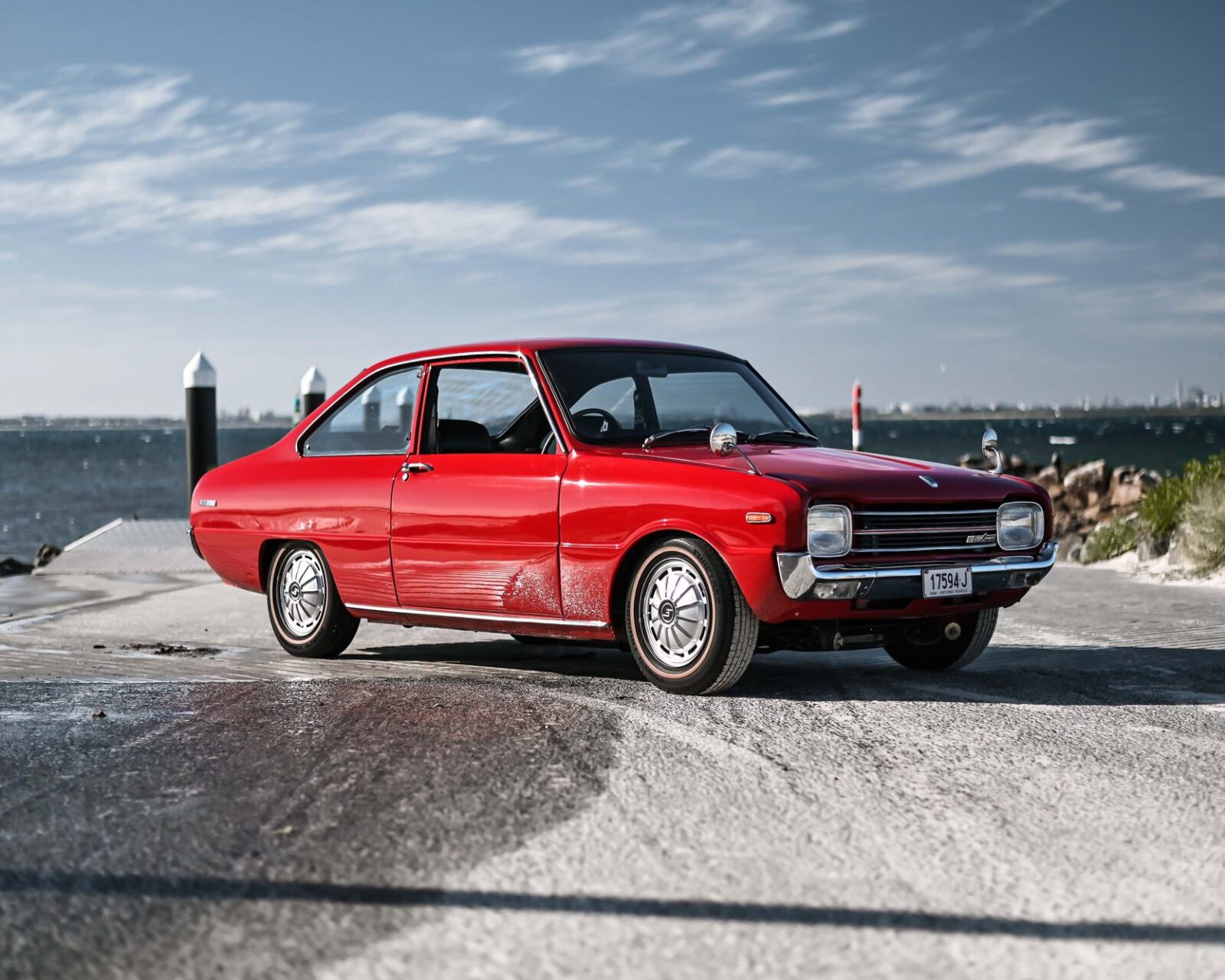 This 1969 Mazda 1200 Coupe is considerably faster than it was when it originally left Japan, an enterprising Australian owner has bolted in a Mazda 12A rotary engine and paired it with a 5-speed manual transmission from an RX-7 Series 5.

Fresh from the factory the Mazda 1200 Coupe tipped the scales at 865 kgs (1,907 lbs) depending on final specification, and so the original 58 hp / 69 lb ft 1,169cc inline-four was considered powerful enough.

Mazda did offer a 982cc 10A rotary engine in this model from 1968 onwards, so in way, transplanting a 12A into it is really just adding a factory upgrade that the factory never offered.

Australians have a unique relationship with Japanese cars, there’s a sizable market in the country for vintage and collectible Japanese cars and motorcycles. Clubs exist to celebrate even the oft forgotten vehicles from the Land of the Rising Sun – like four-door Corollas from the 1970s and the trusty little Honda CT110.

Mazda released the 1200 Coupe in 1967 as part of the second generation of the Mazda Familia model family. Export models were typically just named for their engine capacity, so there was an 800, a 1000, a 1200, and a 1300 offered as part of these early model lines. 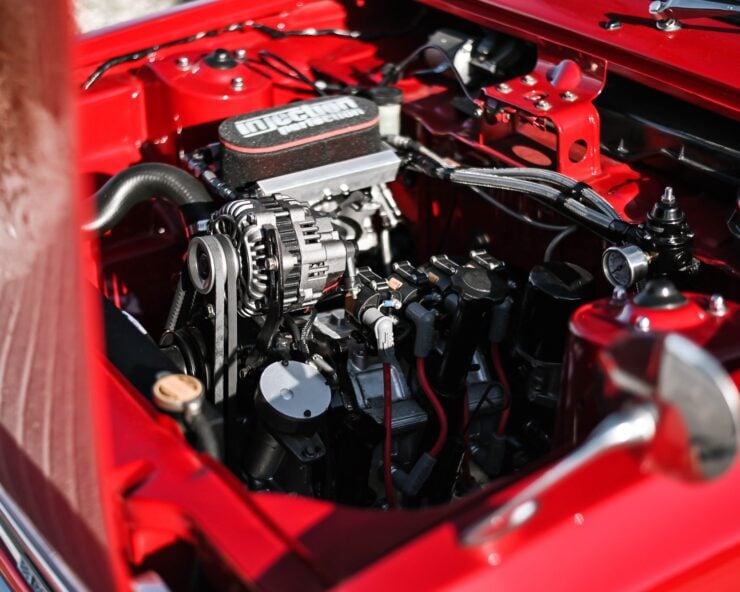 Above Image: The Mazda 12A Wankel rotary engine adds considerable power to the lightweight Mazda 1200, turning it into a sleeper that’ll embarrass far more modern sports cars at the lights.

The Mazda Familia model line was designed to be affordable, both to buy and operate, so cars were kept small and economical. This formula proved wildly popular, and it would be cars like the Familia that would help launch Japan from obscurity into a globally dominant position as a nation of automakers.

Mazda will likely always be remembered for their rotary engines, they took the original creation by  Felix Wankel and refined it into a 24 Hours of Le Mans winning masterpiece.

It was believed until recently that the Wankel rotary engine’s days were likely over due to the emissions caused by needing to inject fuel into the combustion chamber for lubrication. Mazda surprised many by bringing the rotary back as a range extender/generator for a new line of electric cars.

The car you see here was built by one of those Australians with a penchant for Japanese iron, but rather than keeping it stock or restoring it back to factory-original condition, he opted to transform it into a discrete sports car.

In order to do this he sourced a Mazda 12A rotary engine, there were no concerns about having enough room in the engine bay as rotary engines are famously small, and the 1200 belonged to a model family designed to accommodate a Wankel engine from the factory. 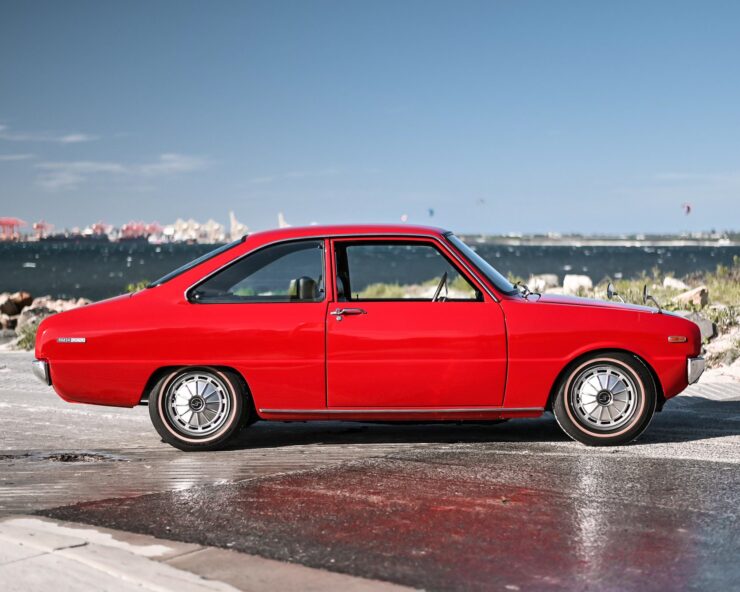 Above Image: The tastefully understated lines of the 1200 Coupe have been winning it fans for decades.

The original four speed manual transmission was obviously not going to manage dealing with over double the horsepower and torque, so the aforementioned 5-speed gearbox from a Series 5 RX-7 replaced it in the transmission tunnel.

Suspension was tastefully lowered and tightened up a little to offer better handling, but the original 13″ steel wheels and hub caps were kept in place to keep the car looking as original as possible.

Externally the car received a new coat of red paint and the classic Japanese fender mirrors were kept in place. Inside the car the interior is close to factory original condition, it has new upholstery, and no hint of the considerably increased power under the hood.

The car is currently being offered on Collecting Cars out of Australia, bidding is underway and the seller is active in the comments answering questions. 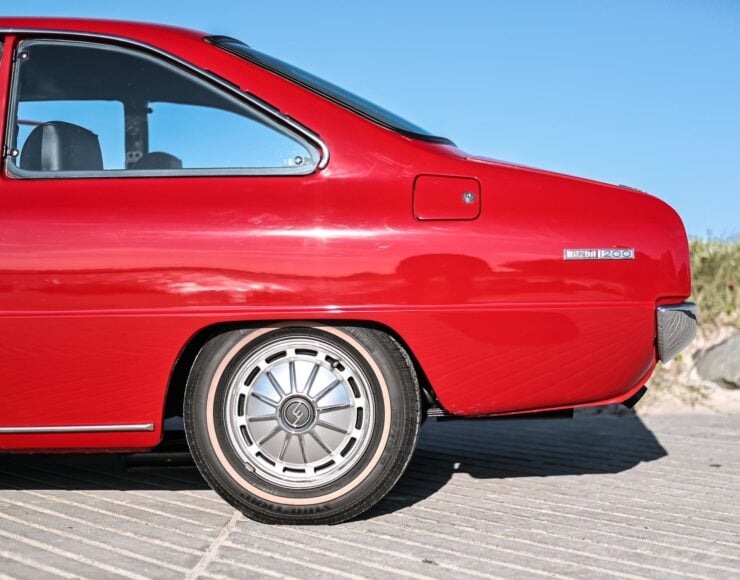 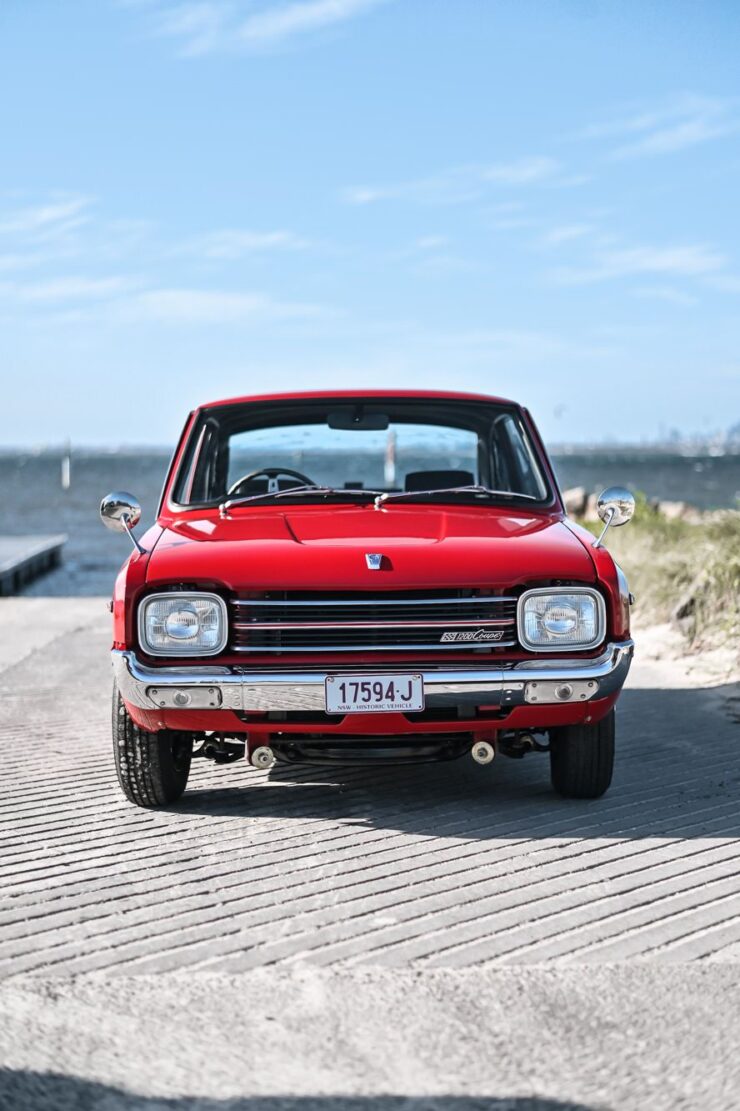 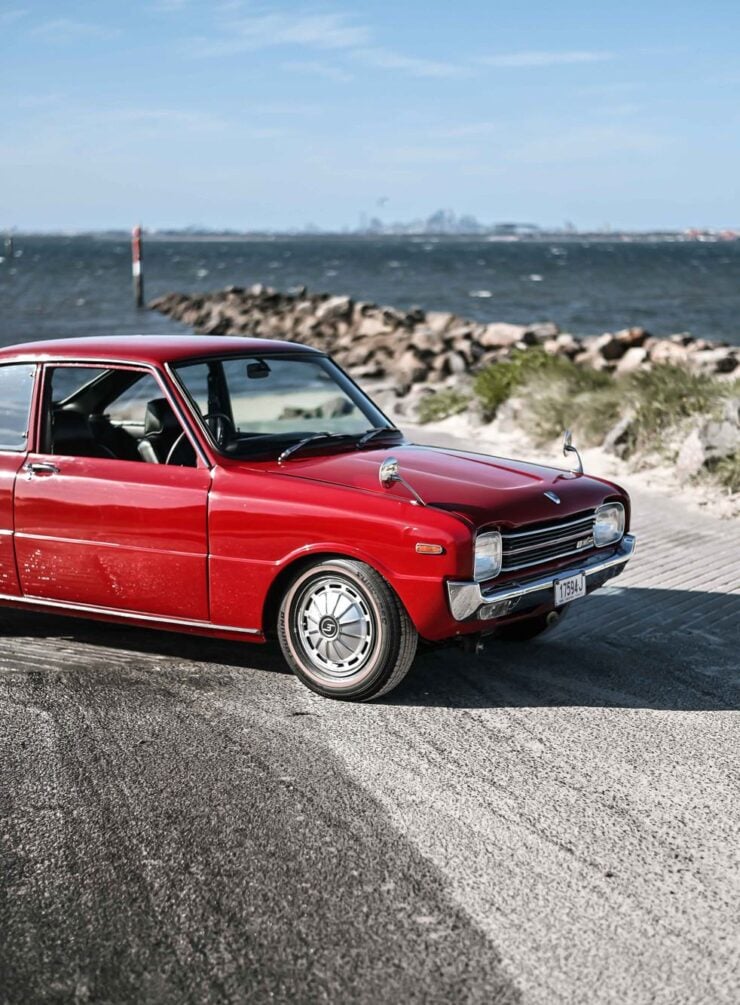 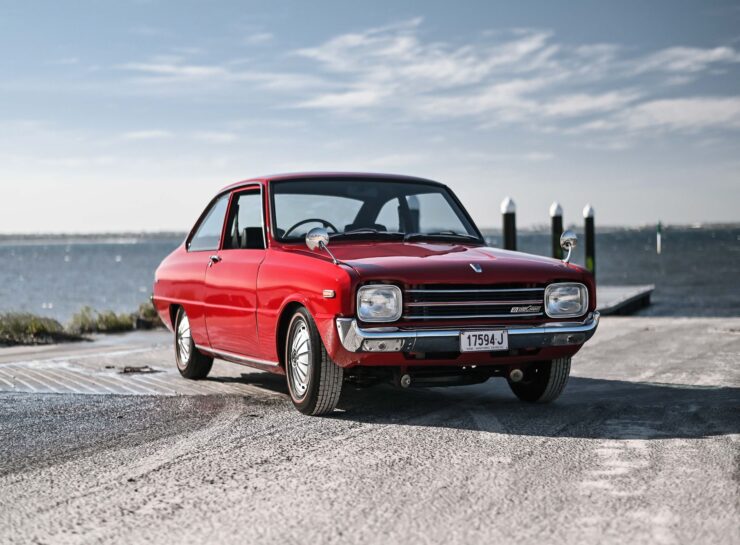 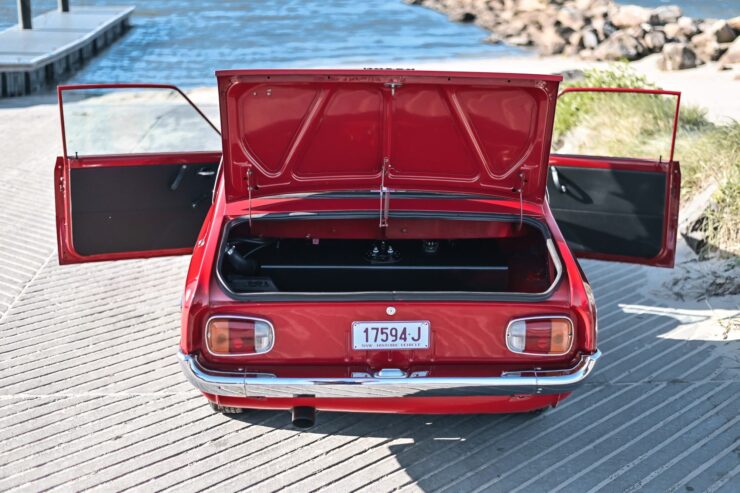 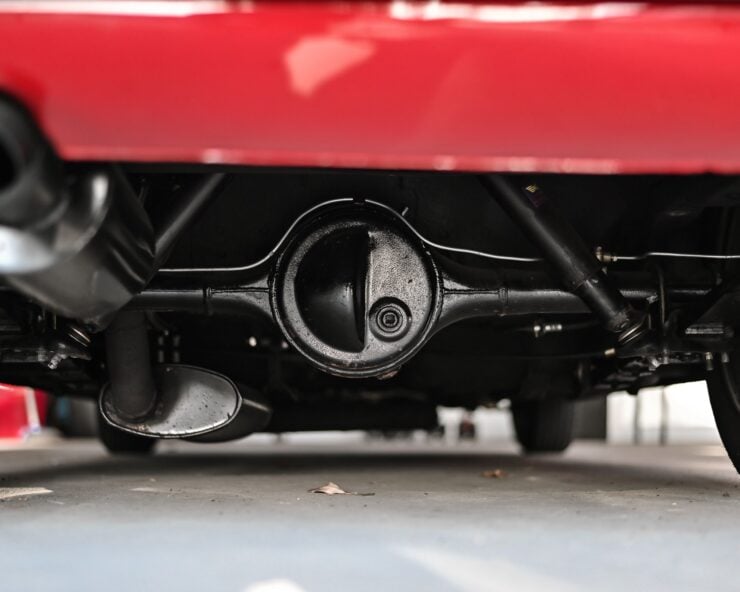 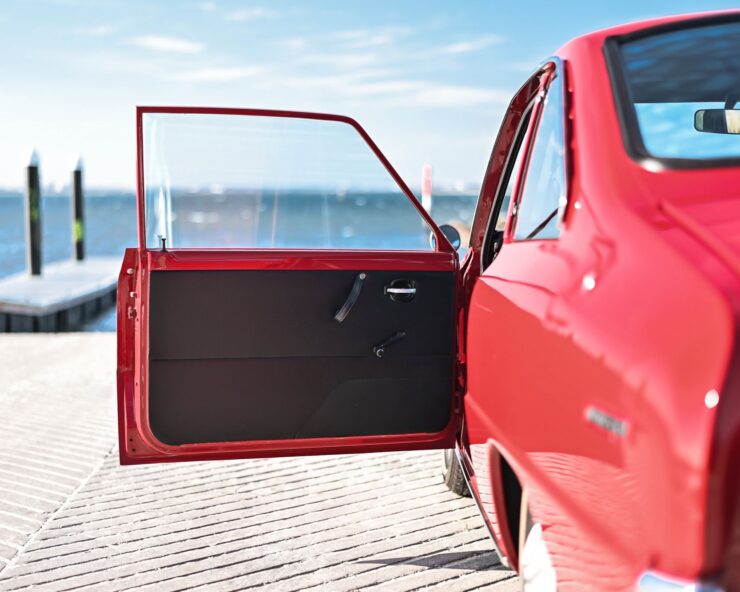 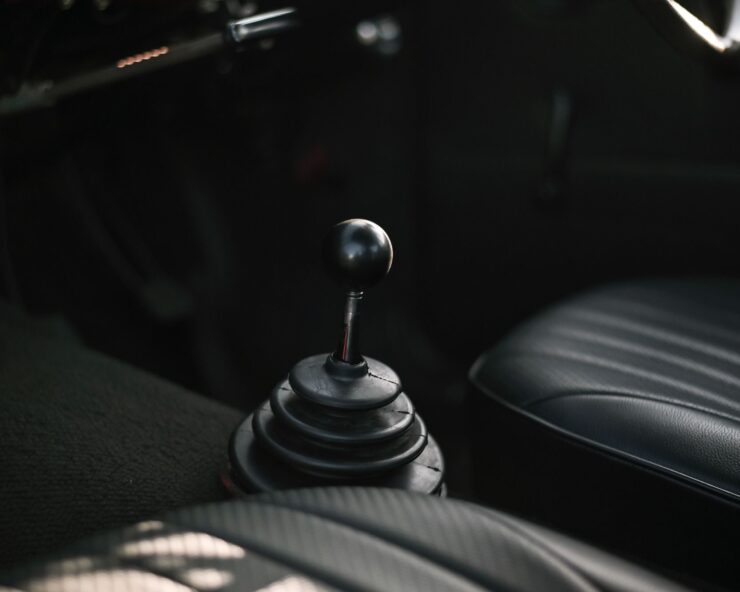 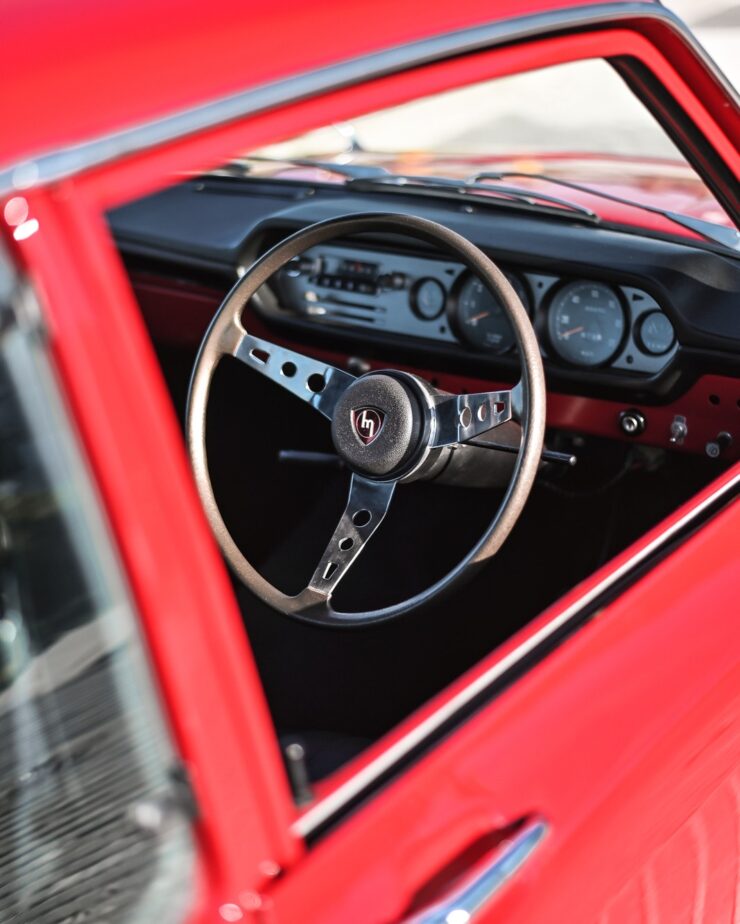 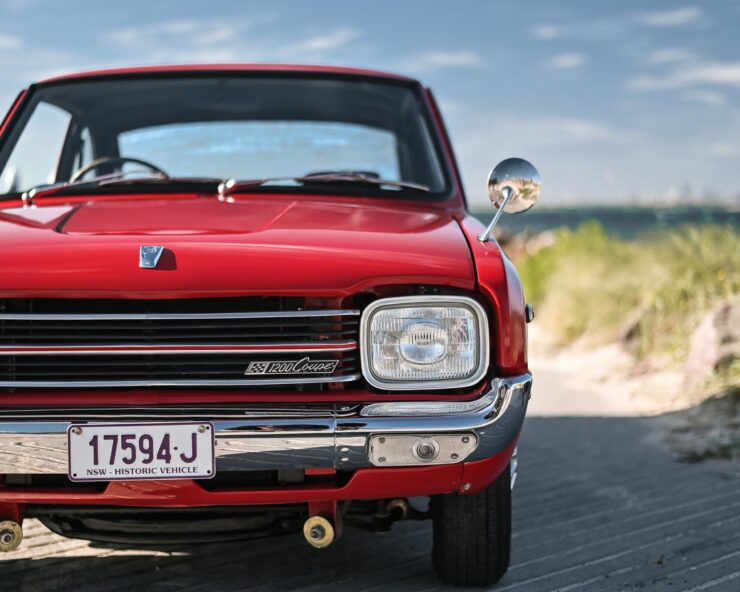 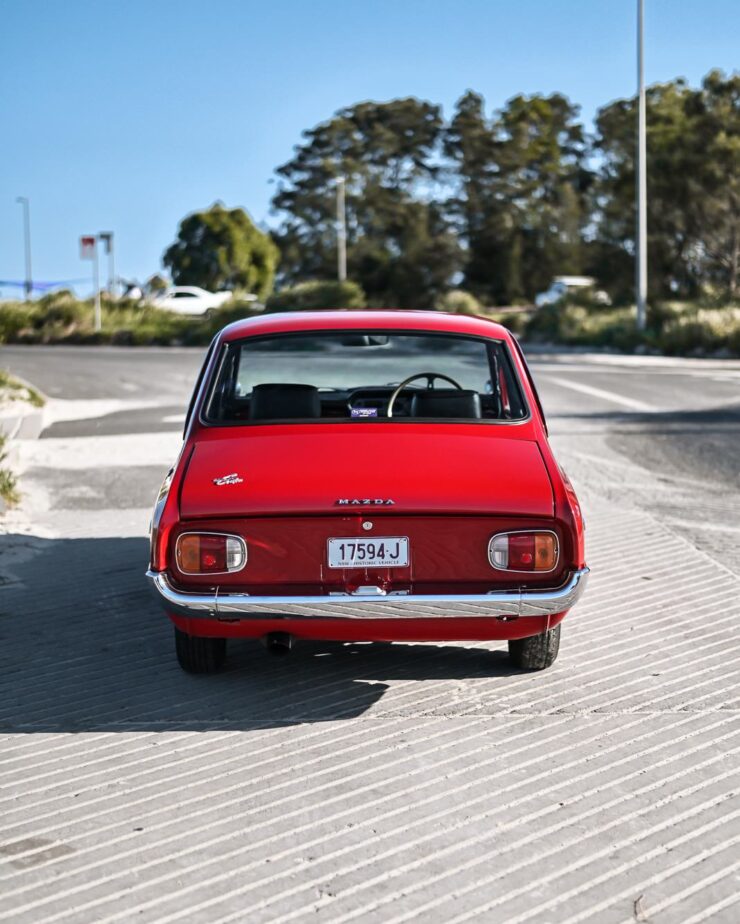 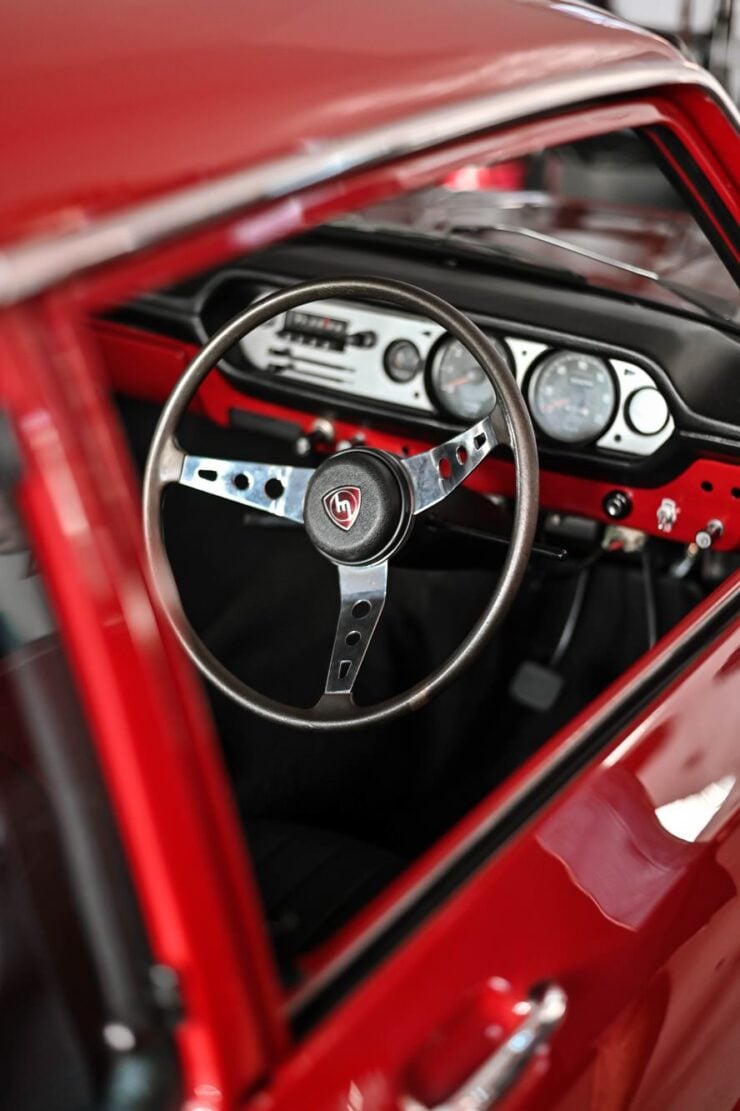 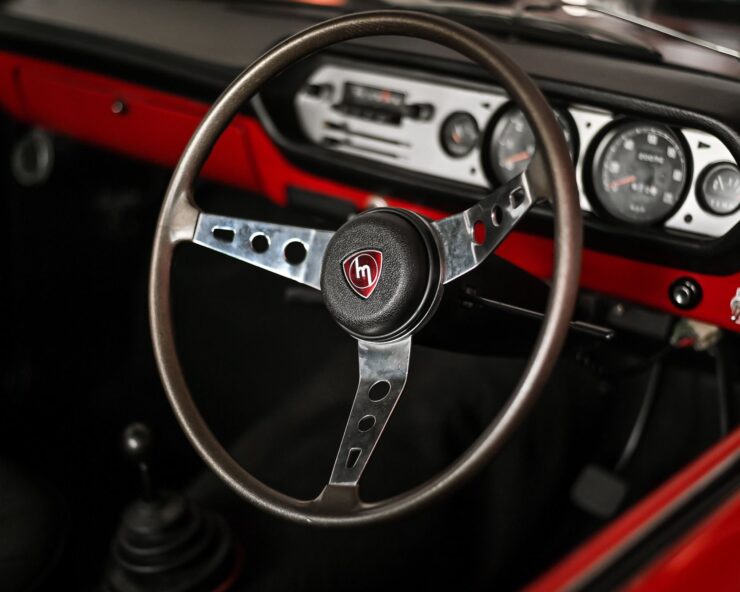 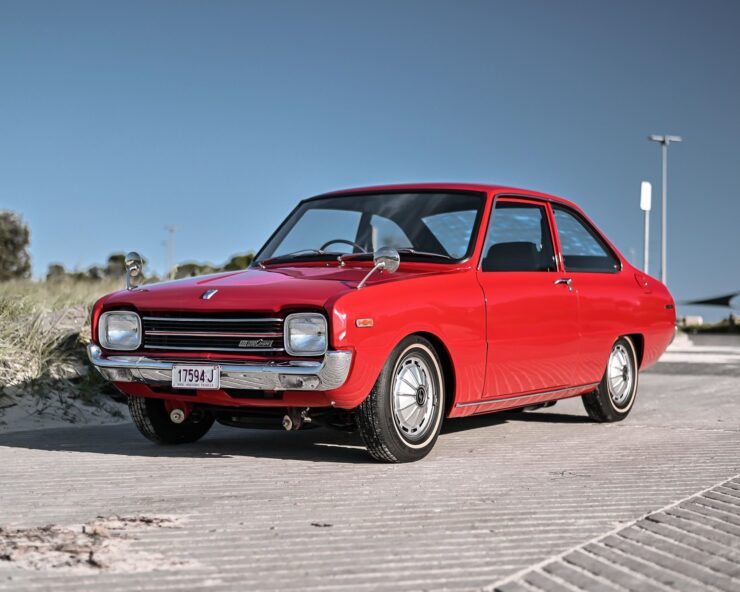 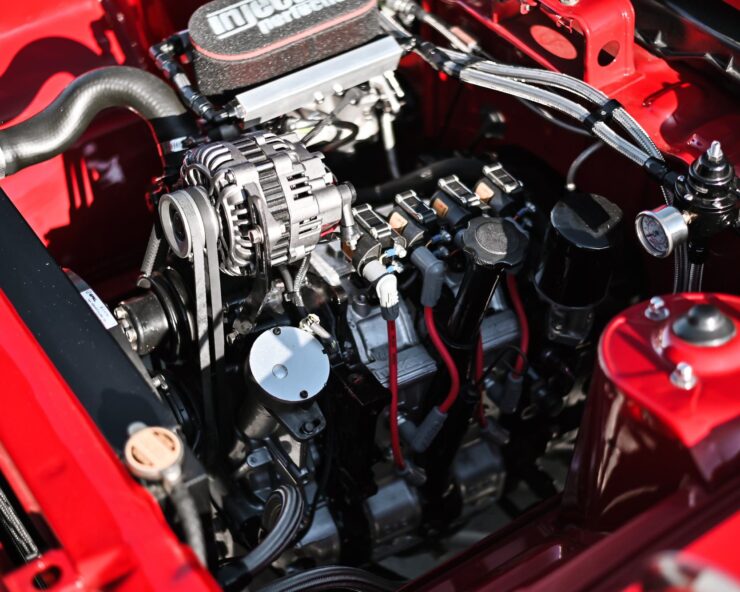