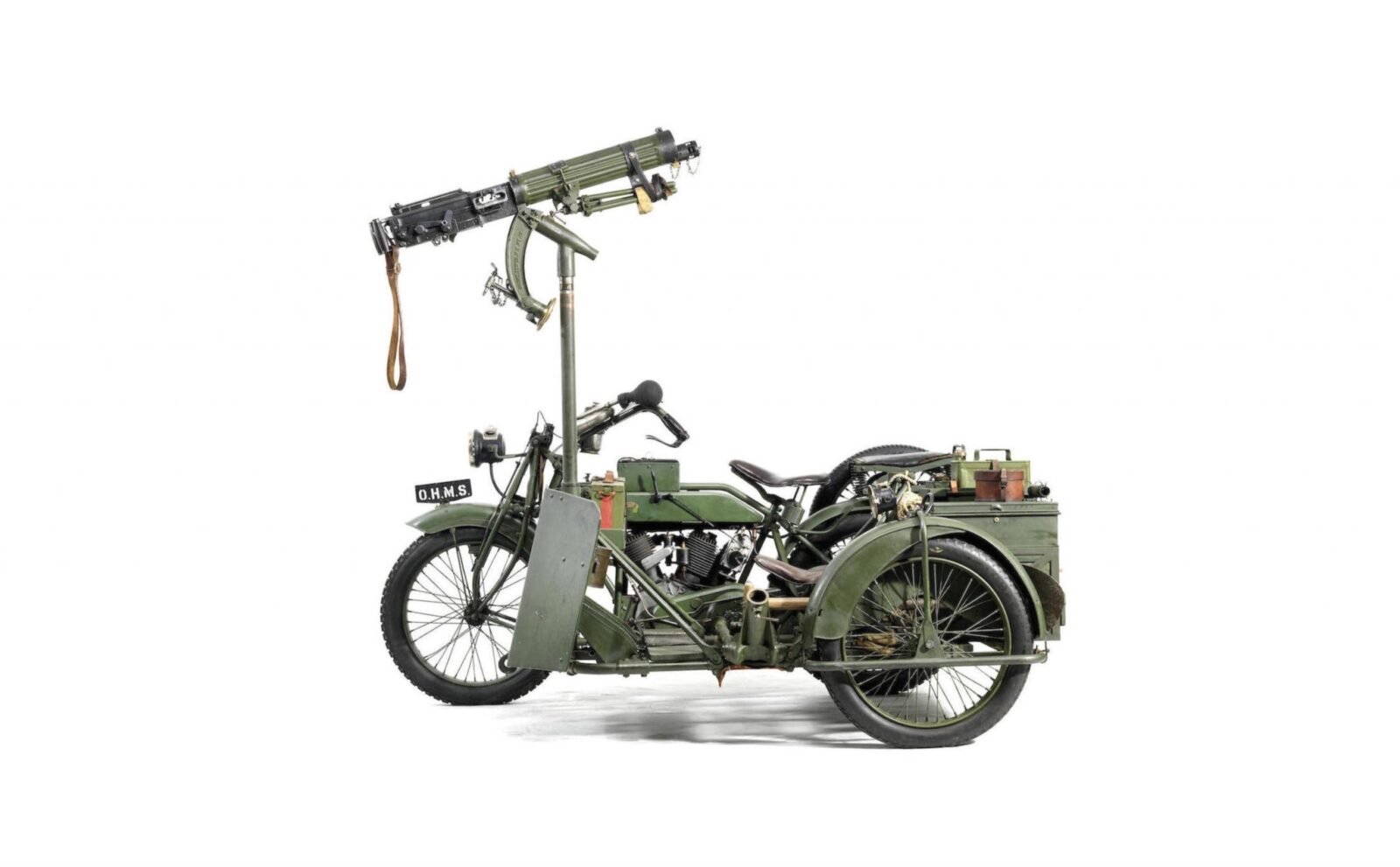 The idea of taking a motorcycle and attaching a machine gun to it seems to have occurred to someone very shortly after the motorcycle was first invented. The benefits of a mobile machine gun are fairly obvious, especially when you throw in the additional capabilities of a motorcycle.

The First World War was the first significant conflict to see the use of these three-wheeled guns, and they proved highly effective – earning themselves a place in the arsenal of every major country in the world.

As WWI progressed, other nations with little to no local motorcycle manufacturing industry started placing sizeable orders for military-equipped bikes from the Brits. The largest of these orders came from Russia, right up until the revolution saw the country pull-out of the Great War in 1917.

This unexpected withdrawal left thousands of brand-new bikes sitting in storage on Russian docks, and by the end of the war in 1918 the companies who had built them began buying them back to help fulfil the rampant demand for motorised transportation in their local market.

The Matchless-Vickers you see here is one of these rare Russian-ordered bikes, it’s powered by an 8hp JAP V-twin, and it has its original sidecar fitted with a 1/4 inch steel plate along the front and a Vickers machine gun on a swivel mount.

It’s recently been restored to original specification, and is being offered by Bonhams at the Summer Classic Sale on the 20th of June 2015 – click here for more information. 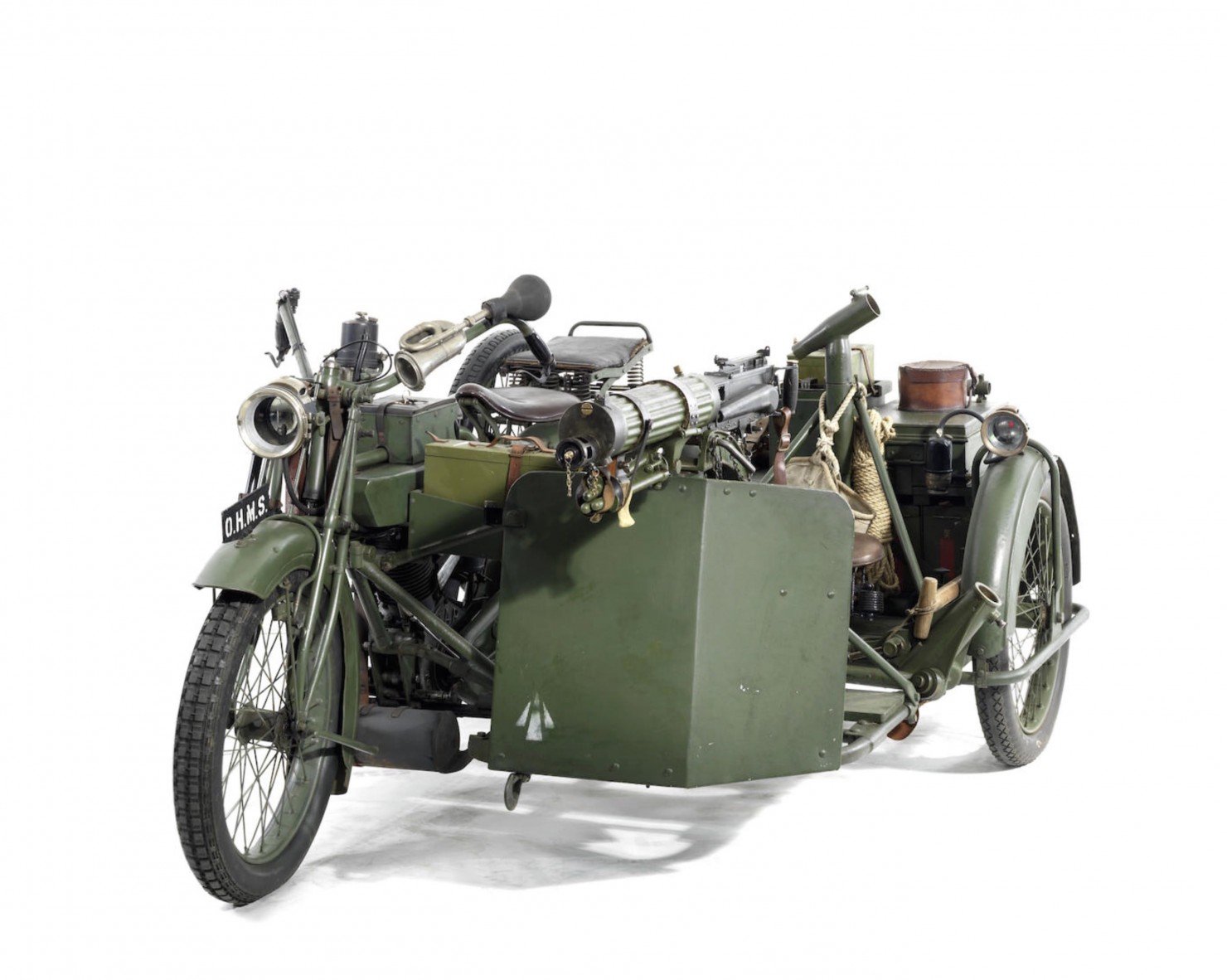 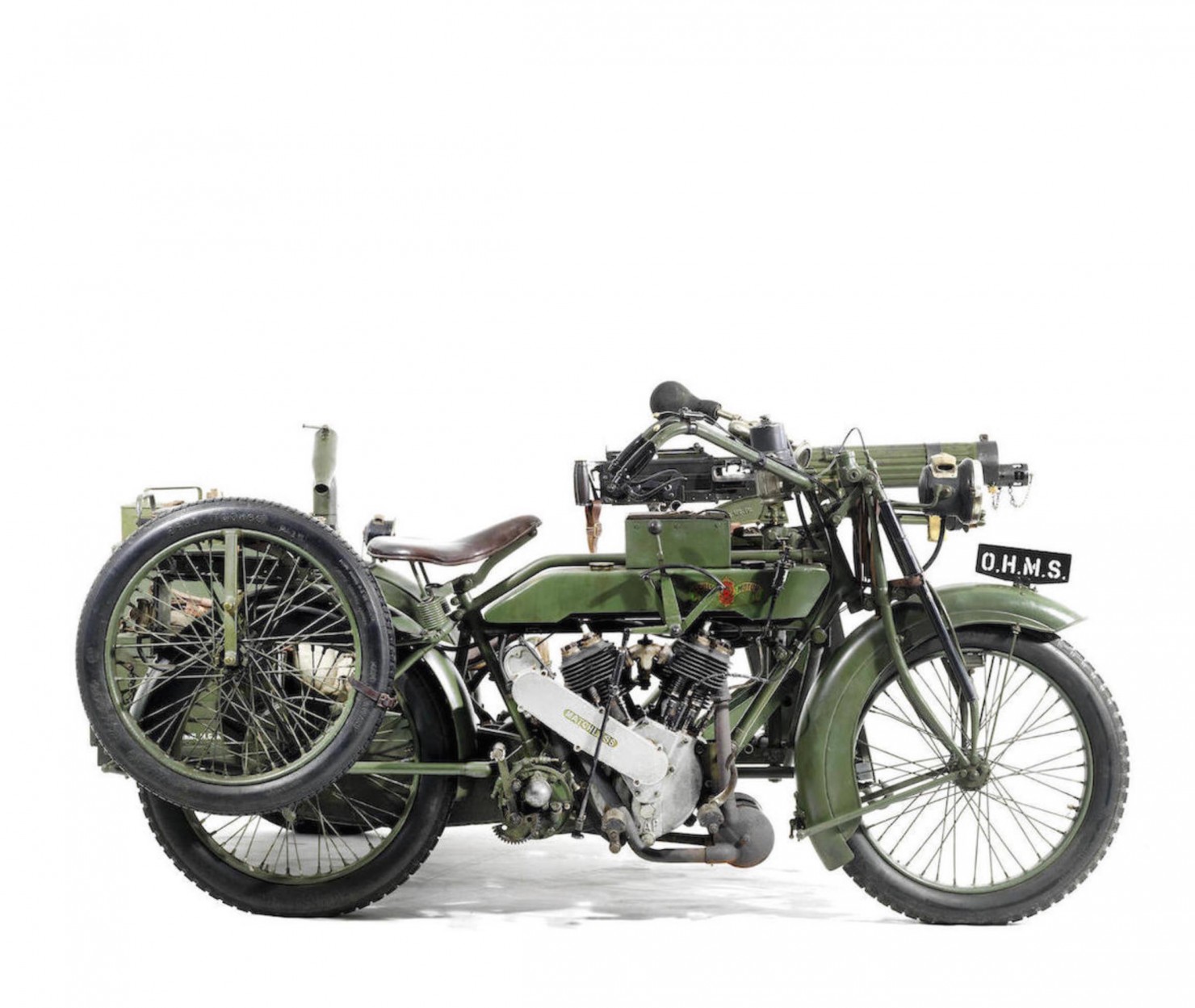 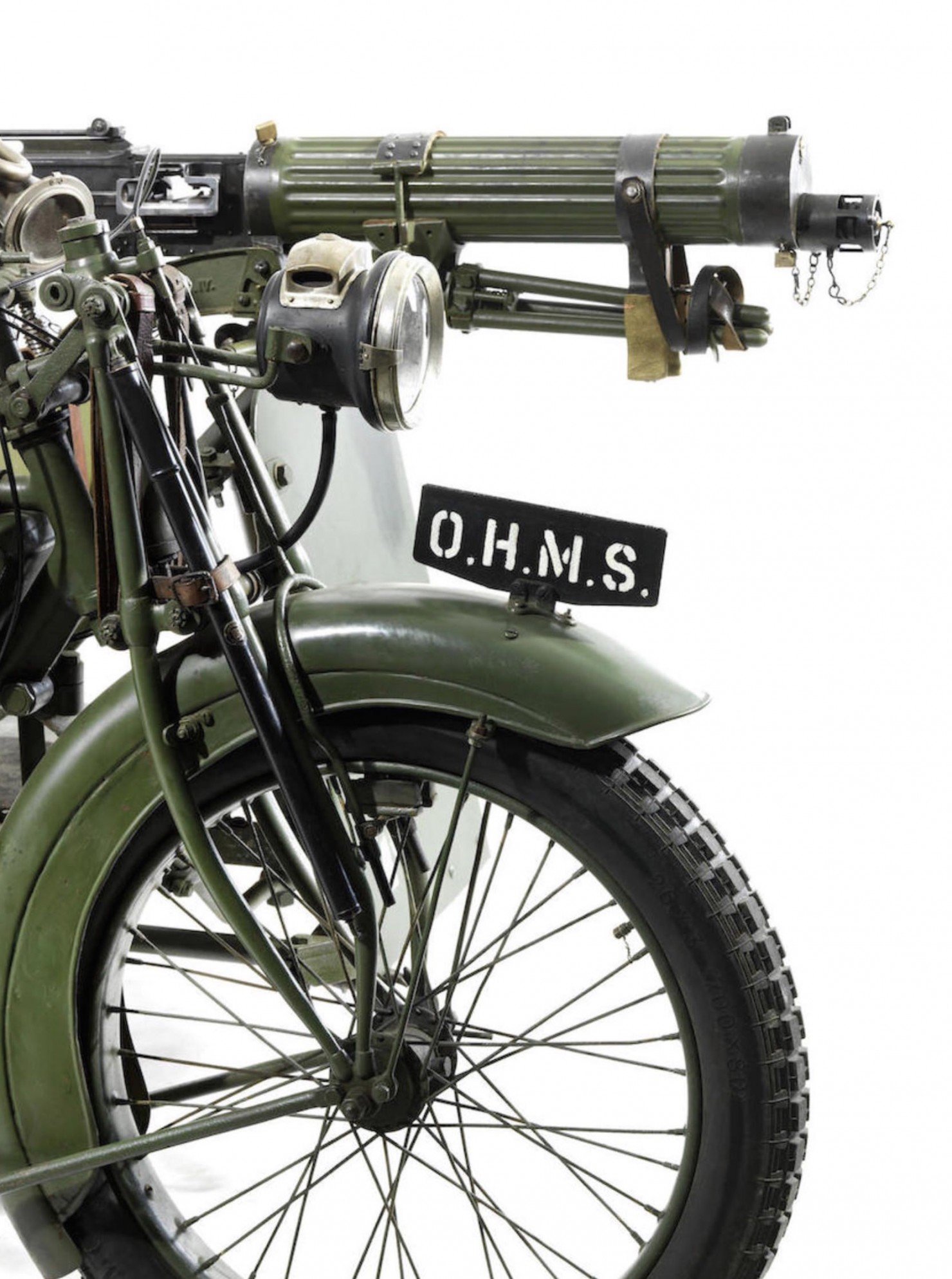 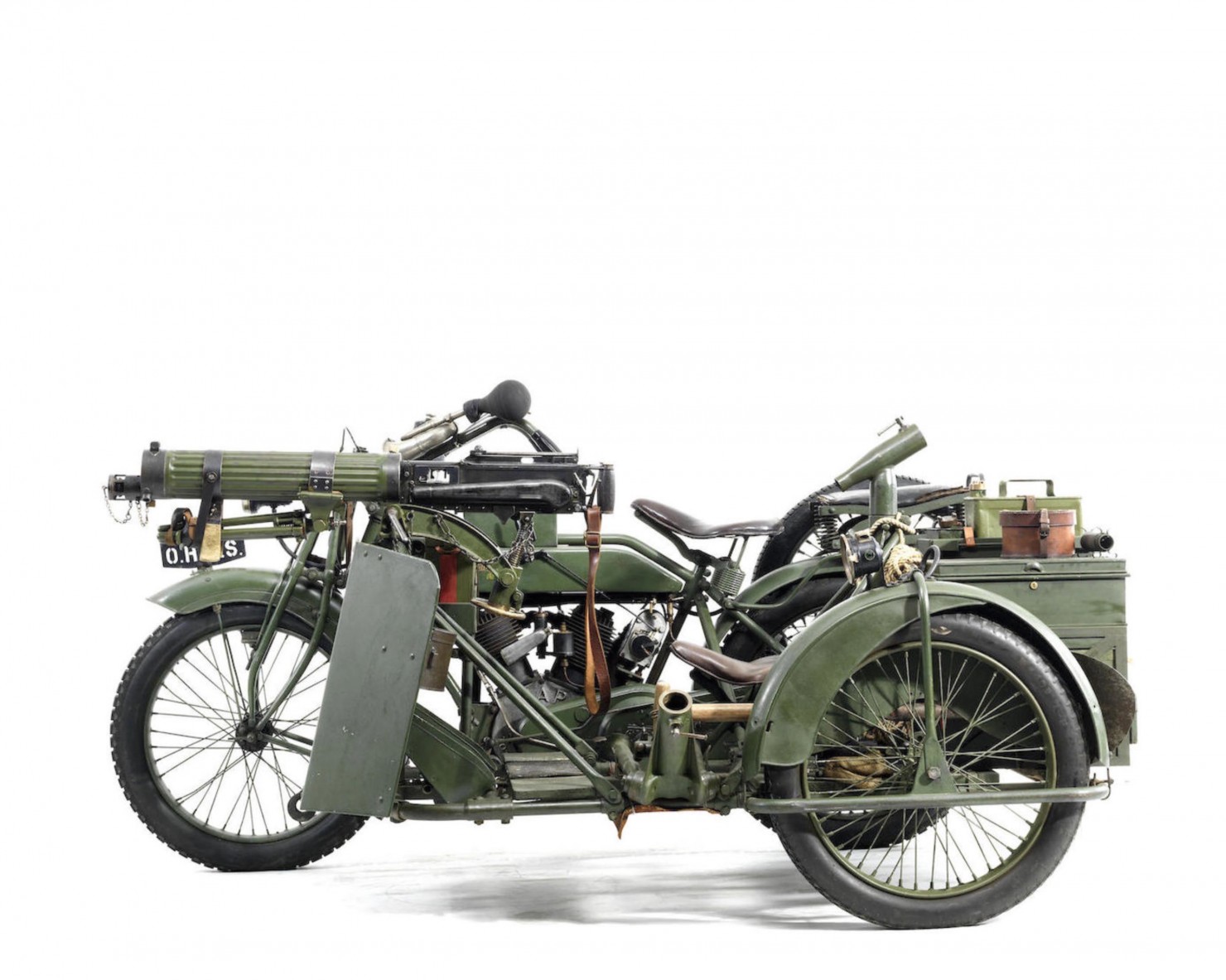 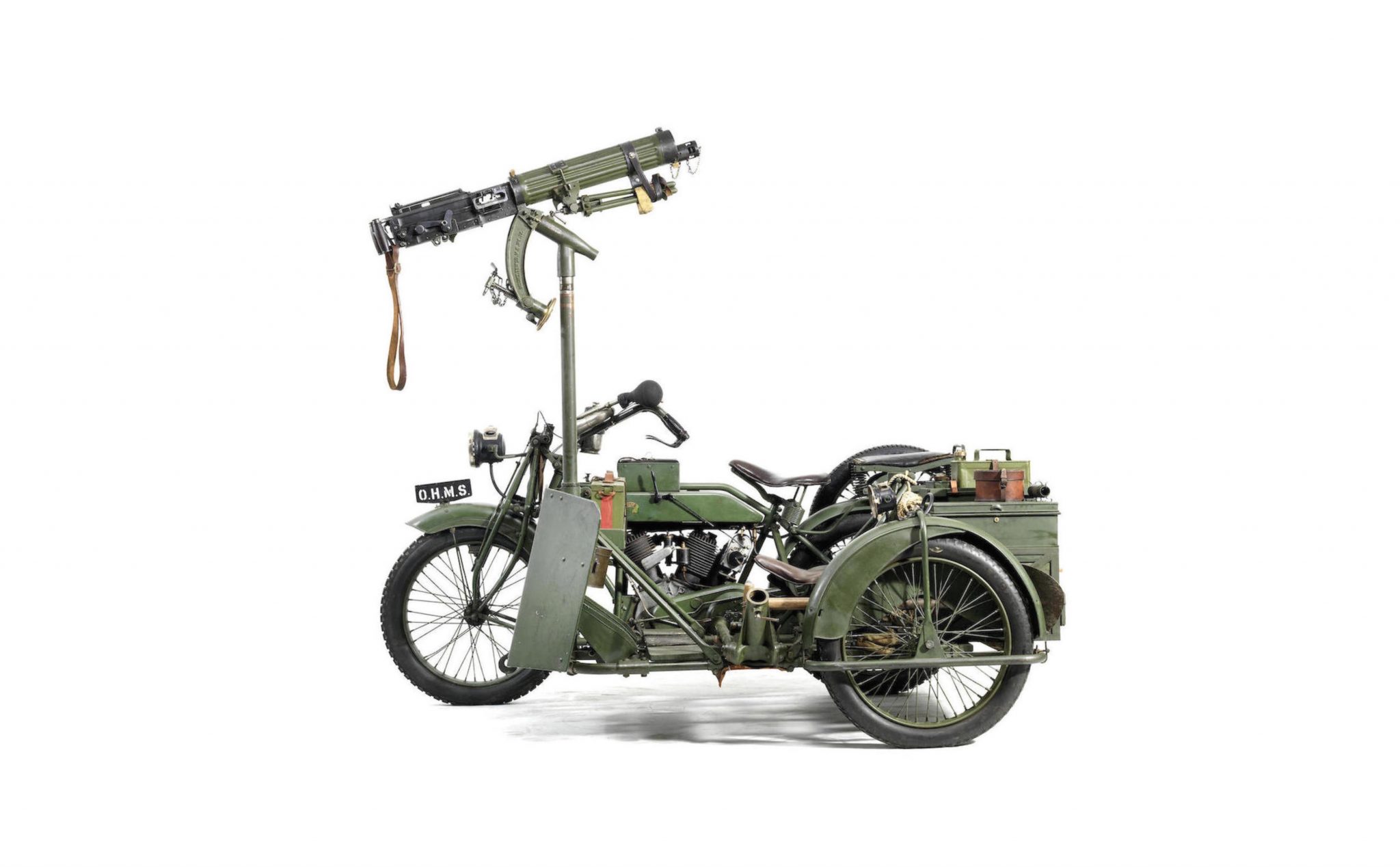