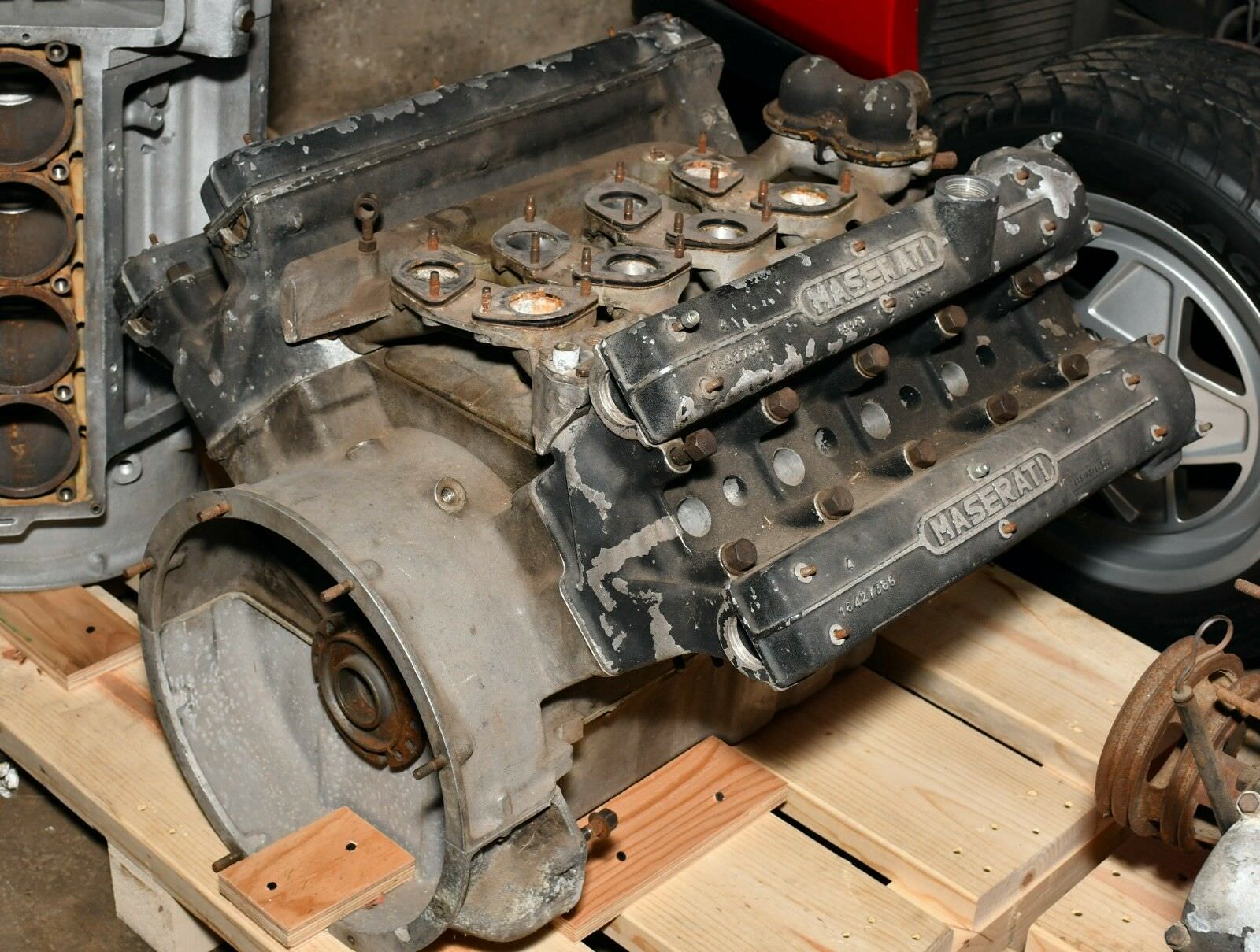 This is an original 1967 Maserati Mexico 4.2 litre V8 Tipo 107 engine, it was one of two engine options offered with the Maserati Mexico – a luxury grand tourer first offered for sale in 1968 and sold through till 1972.

The model name started out as a nickname of sorts after the first prototype built by Vignale was sold to Mexican president Adolfo López Mateos after it had been shown at the 1965 Salone di Torino. The 90° V8 engine fitted to the Mexico was a relatively advanced (for the era) all-alloy unit with double overhead cams per bank, two valves per cylinder, fed by four twin-choke 38 DCNL5 Weber carburettors and capable of either 260 bhp or 290 bhp depending on engine size.

The engine was derived from the V8 used in the Maserati 450S sports racing car that competed in races including the 24 Hours of Le Mans, the 12 Hours of Sebring, the Buenos Aires 1000 km, the Nürburgring 1000 km, and many other races in period. 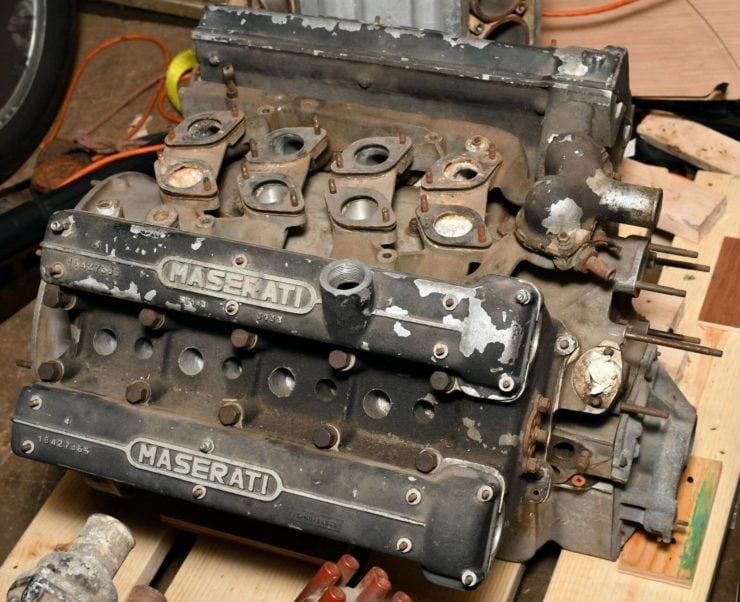 The Maserati Tipo 107 V8 (“Tipo” just means “Type” in Italian) you see here is a 1967 unit so it’s from the first year of production, it’s not complete as it’s missing its pistons, connecting rods, some valves, and some other parts but it does appear to be a good starting point for a rebuild, or for one of those engine coffee tables.

The seller explains that this engine was purchased by them for a high-end Maserati 450S replica project that fell through, so the engine is now being offered for sale with a Buy It Now price of $3,499.99 USD. The also mention that the crankshaft turns freely and that the cylinder liners don’t look too bad, with a (somewhat dark) image of the liners below for any potential purchaser to see for themselves.

Just 305 examples of this engine were built in this capacity, and this is the 62nd one off the production line. Parts availability likely wouldn’t be too difficult though as this engine belongs to a series of Maserati V8s that were built from the  1960s till the 1980s, and it’s possible to get custom pistons and connecting rods etc made in a pinch if required. 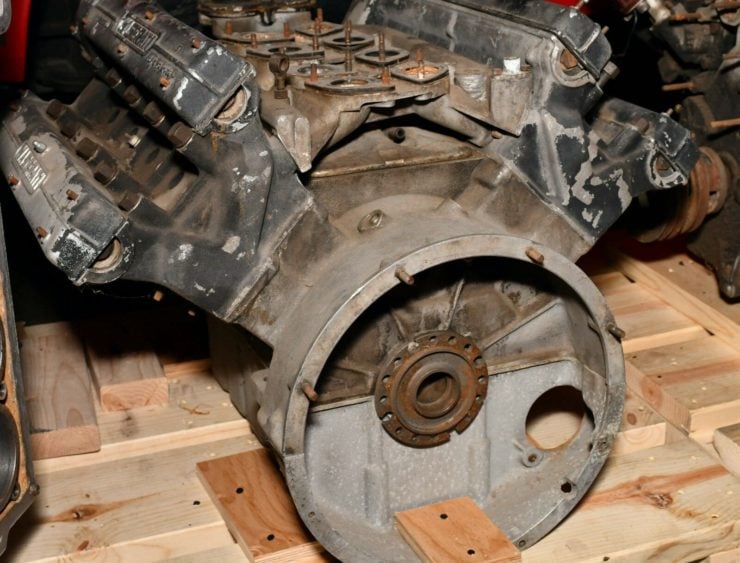 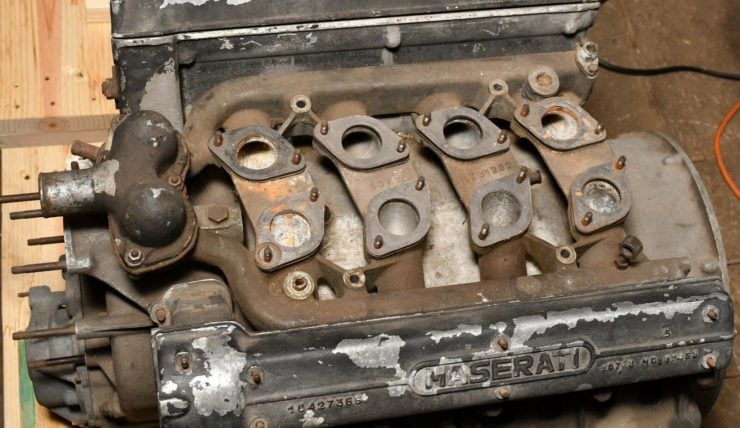 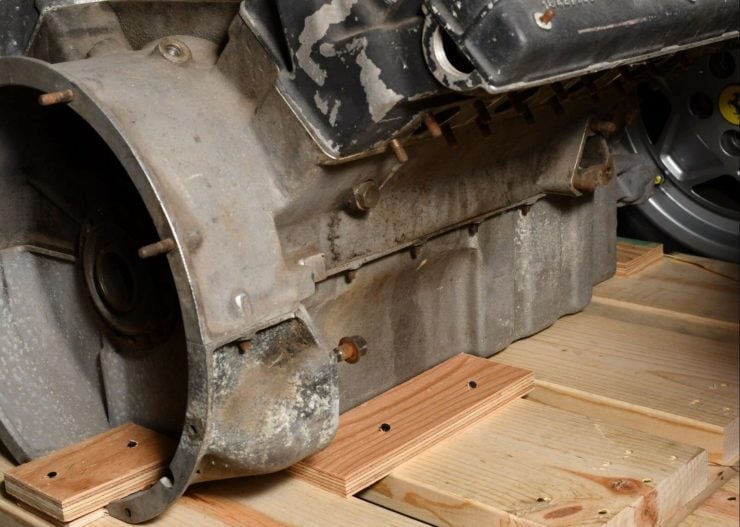 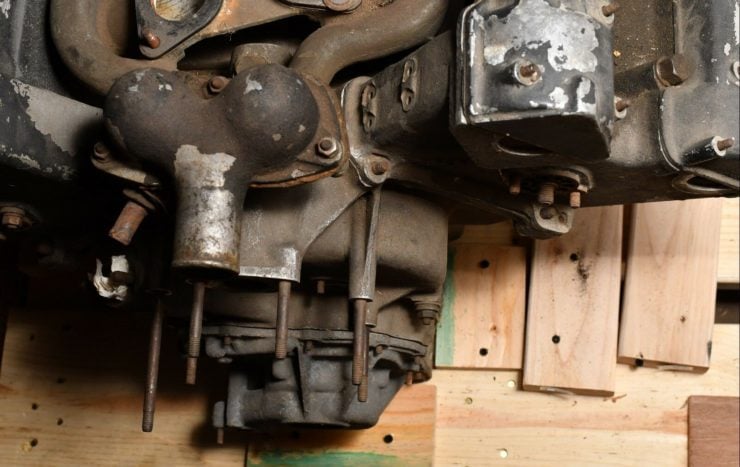 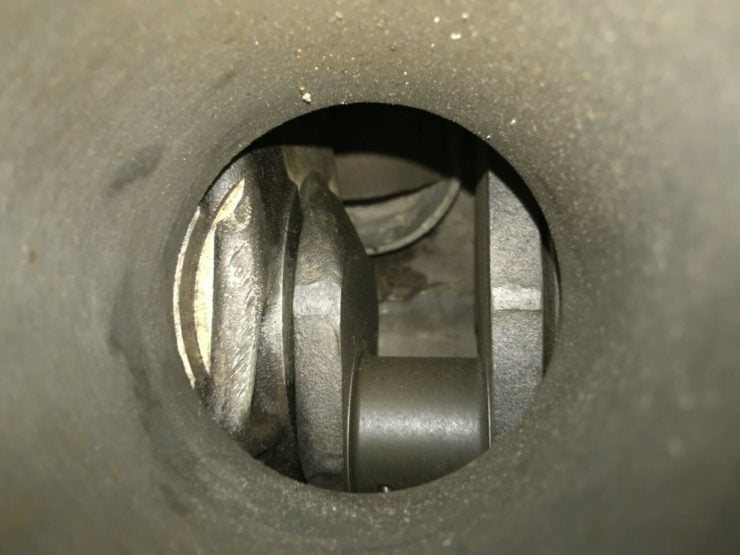 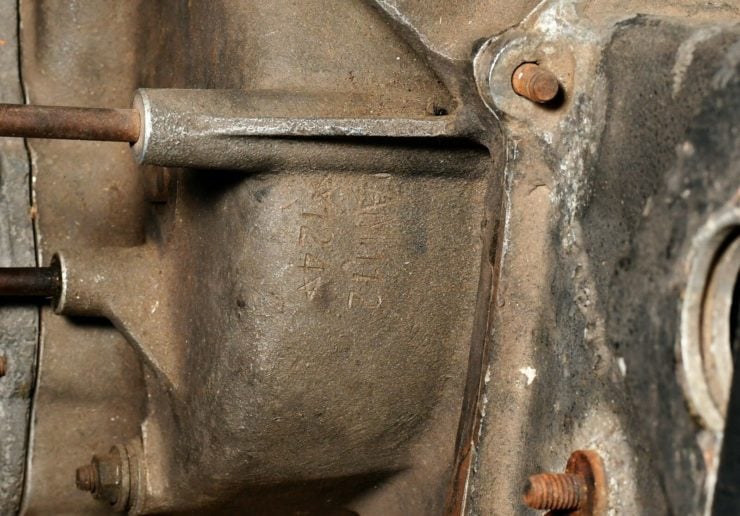 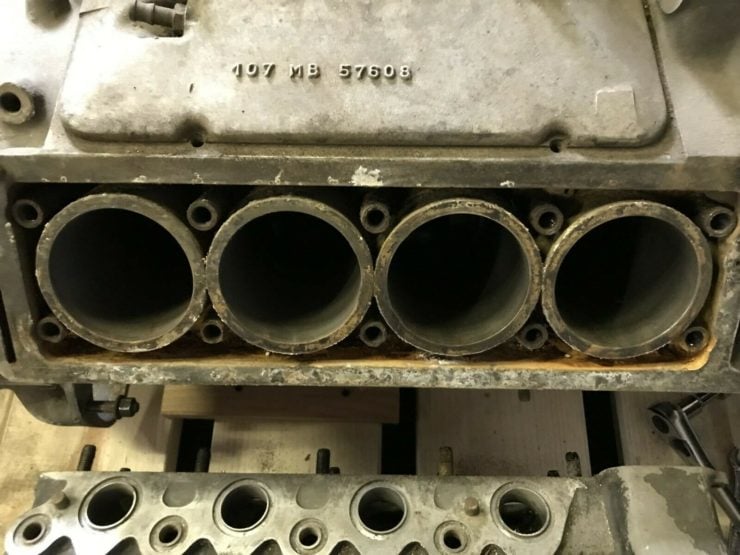 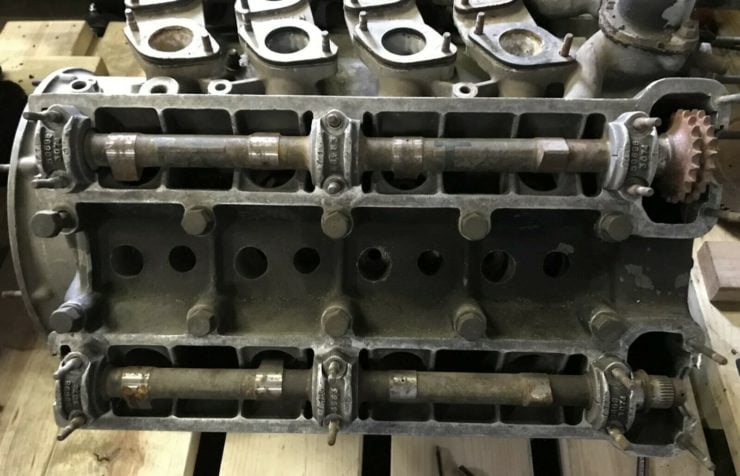 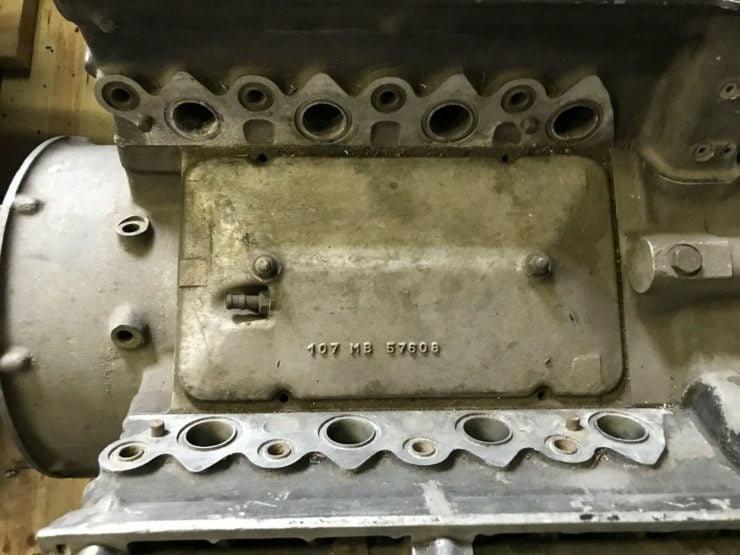 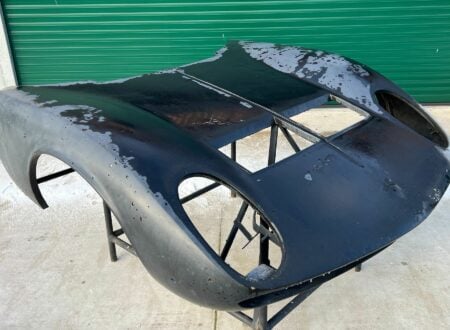 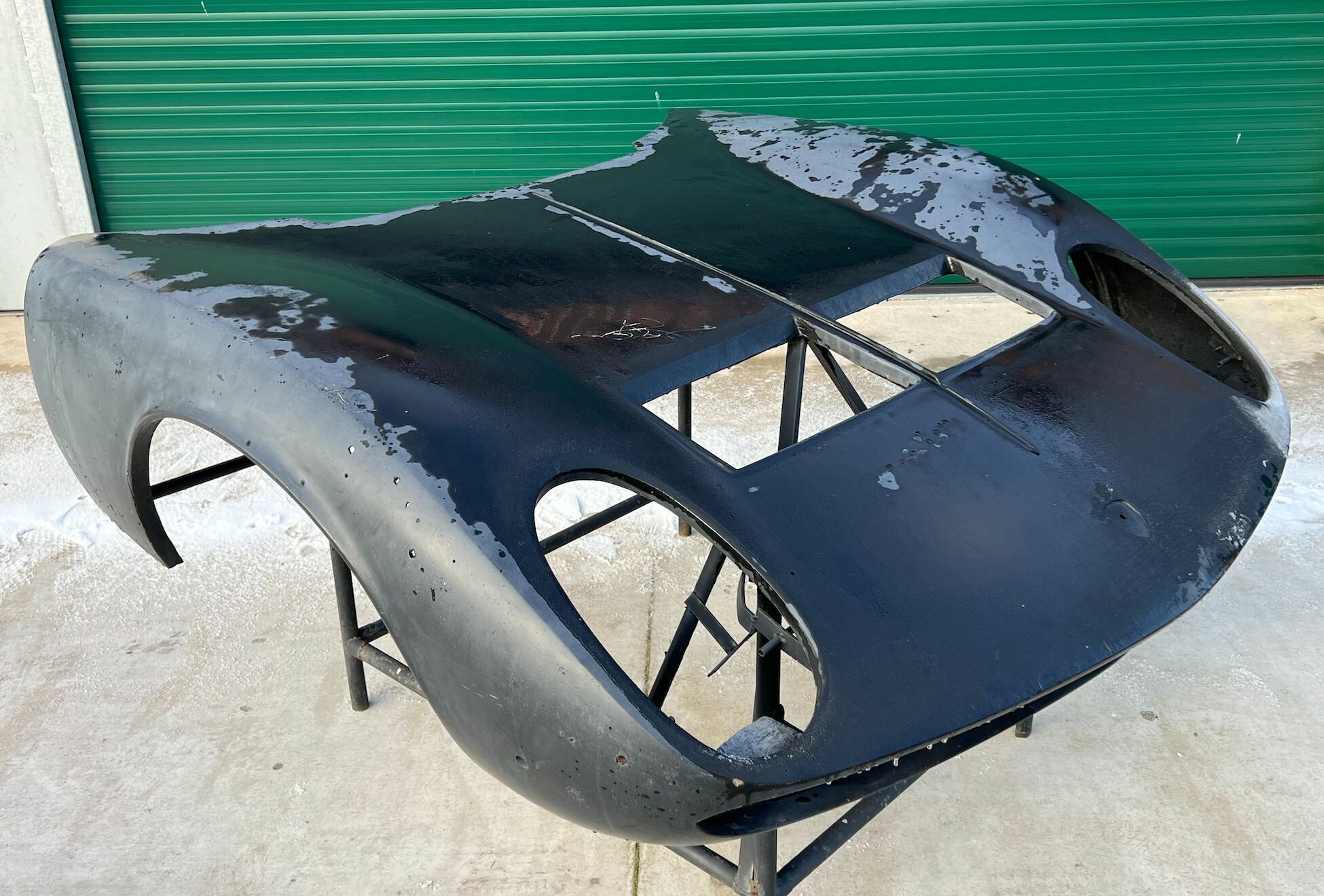