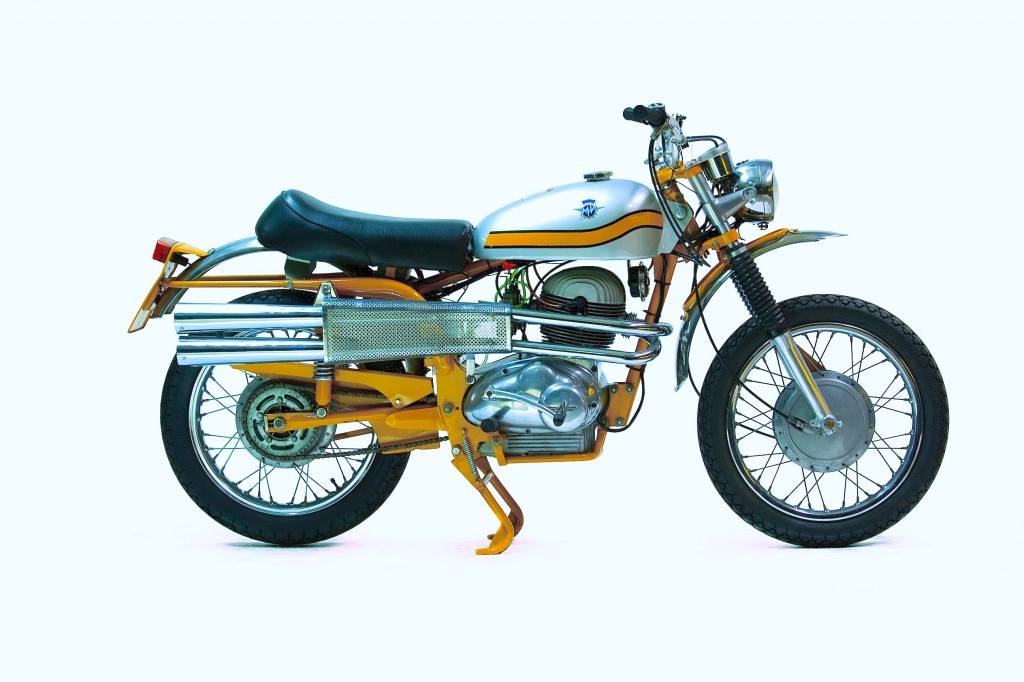 The 1973 MV Agusta Electronica Street Scrambler is an unusual model from MV, it was never sold outside Italy having been designed as a Street Scrambler for use in and around the tight, ancient lanes and alleyways of small towns across the country.

It seems a shame it never had a fair swing at the international market, it’s a beautiful bike from a purely aesthetic standpoint and that 350cc single cylinder MV Agusta power plant could propel the bike in excess of 150kph.

It’s interesting to note that the Electronica Street Scrambler was fitted with road tires right out of the factory, making it a prophetic pre-cursor to the modern motards being turned out by almost all the big name motorcycle manufacturers.

This particular example hit the auction block in New Zealand last week at the Webb’s auction, although the final sale price isn’t yet listed, it was estimated to be worth $10,000 – $15,000, check out the lot listing here. 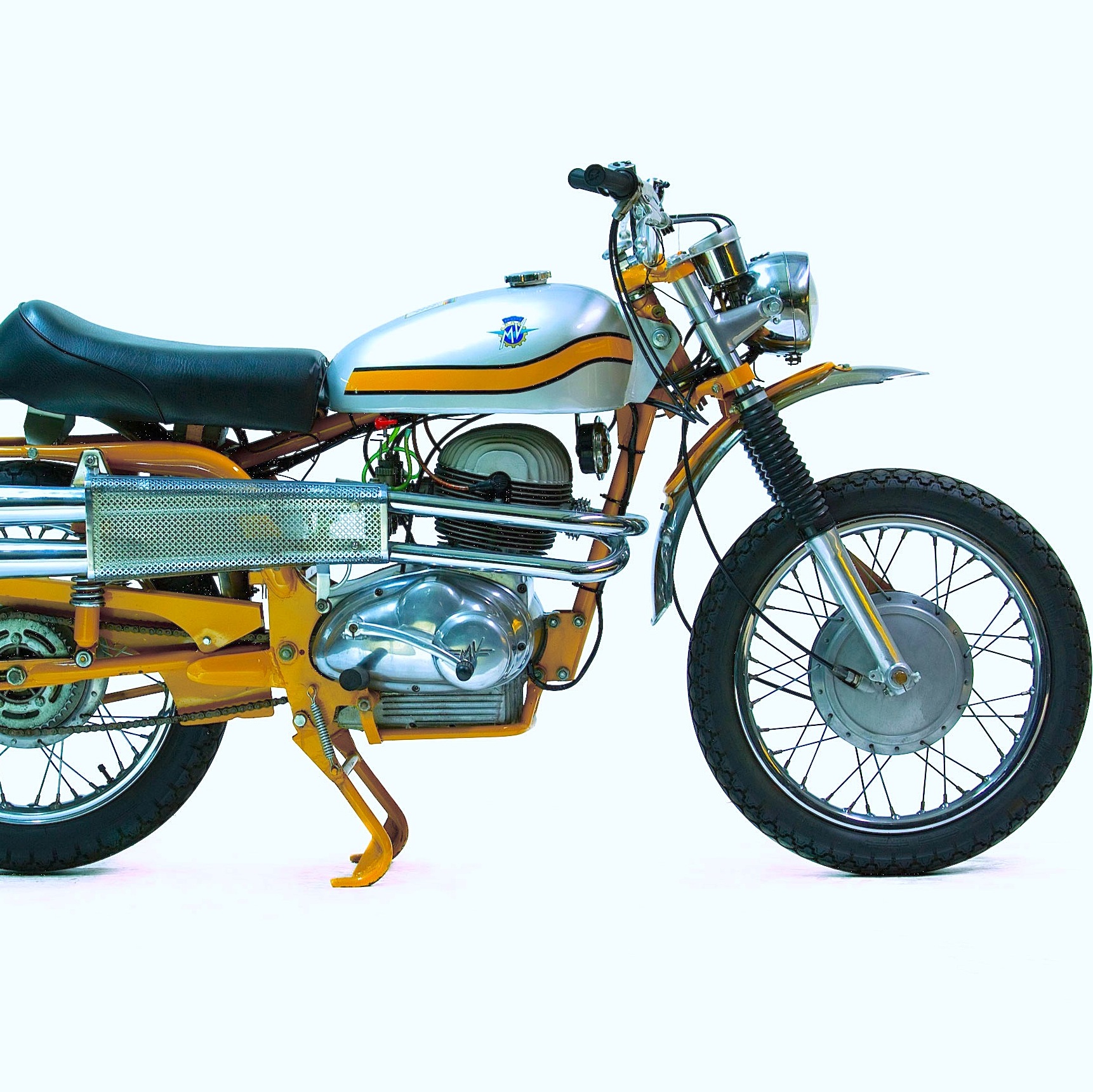