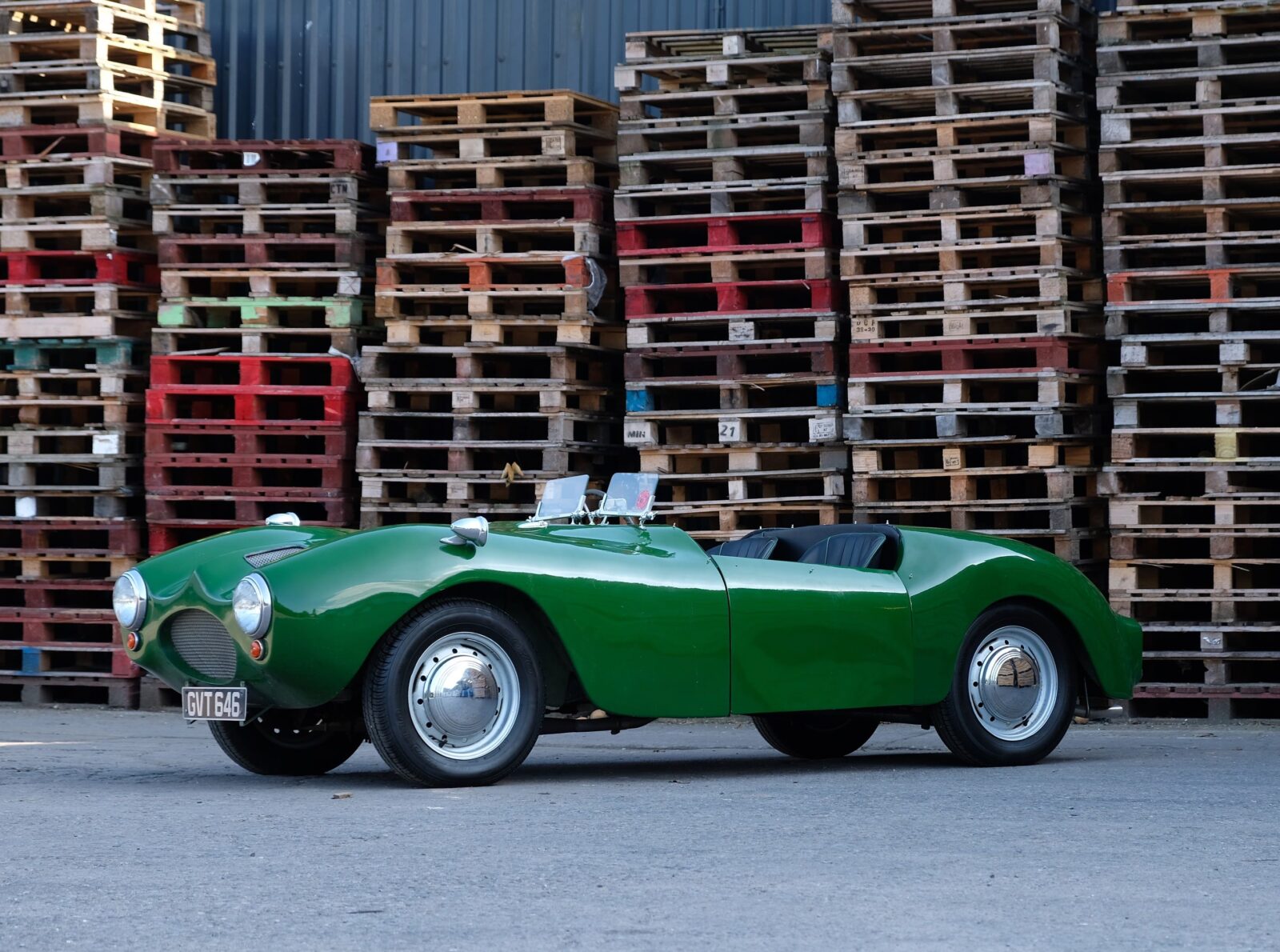 If you’ve never seen a Martin Ford Special before it’s likely because of the 500 or so bodies originally built, just five are thought to have survived to the modern day. Despite the car’s rarity and unusual history it’s thought to be quite affordable, with a value of $8,200 to $10,900 USD.

The Martin Ford Special is one of those cars that appeared in the 1950s and 1960s to take advantage of the low cost and lightweight material called fiberglass for sports car construction. Many couldn’t afford to buy a new sports car, but they could afford to buy a regular used car and swap the heavy steel body for something much lighter and more aerodynamic.

The explosion in popularity of fiberglass in the years after WWII led to an entirely new automotive industry appearing almost overnight. 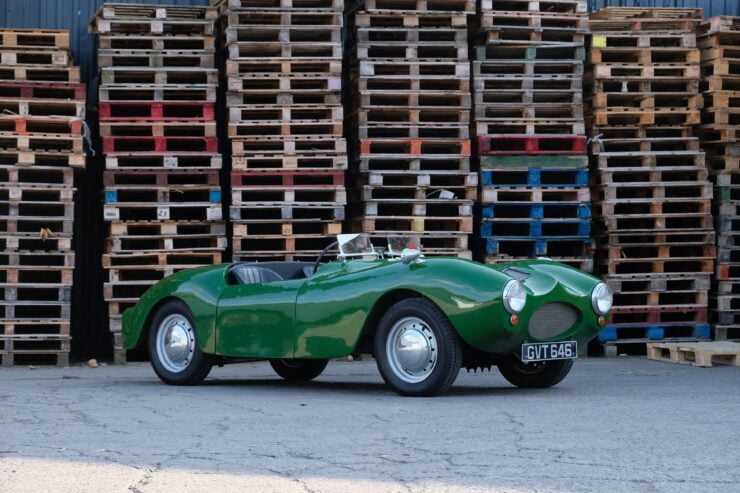 The good-looking body of the Martin Ford Special is a great example of the kind of custom car bodies being built in places like the UK and US from the 1950s onwards.

Before this time the art of coachbuilding required teams of highly skilled metal workers who could meticulously form steel or aluminum into complex compound shapes. With the invention of fiberglass, almost anyone could create a mould and then turn out body after body with minimal technical skill required.

In the USA companies like Devin, Kaiser, Kurtis, and many others appeared, even Chevrolet would build their new Corvette from the material. The age of composite sports cars had arrived, and it was affordable to all thanks to the low cost nature of fiberglass.

Into this midst of this rapidly evolving scene appeared Martin Plastics Maidstone Ltd in 1953, founded by Frederick E. Martin with one purpose in mind – building lightweight sports car bodies.

Although much of the history is lost to time it’s believed that the company made hundreds of these bodies, many of which would have ended up being turned into cars in people’s sheds and garages across the United Kingdom.

It’s not possible to know for certain however it’s believed that fewer than half a dozen have survived in complete form to the current day. 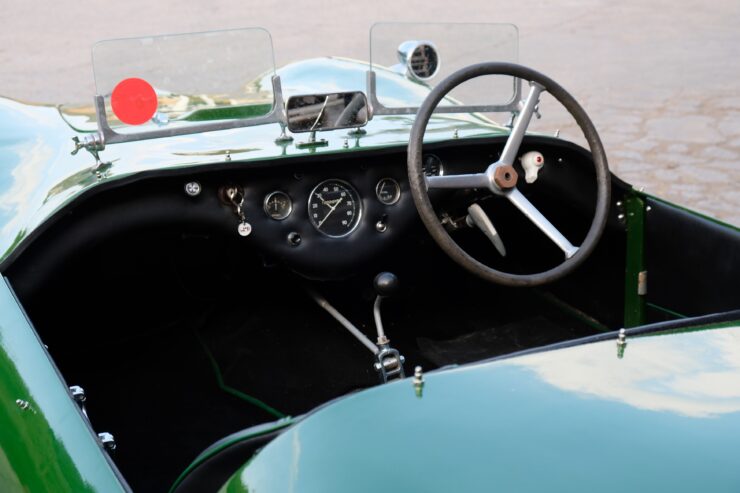 As you would expect the interior is relatively spartan, there’s seating for two, twin adjustable windscreens, a centrally mounted shifter, and no shortage of good visibility.

The current owner restored the car a few years ago, bringing it up to excellent condition throughout. The body-off restoration included repainting the chassis, repairing the body where needed, and fettling the other parts of the car to get it back into as-new condition.

During the restoration he added a period-correct Ford 100E 1172cc sidevalve engine with twin SU carburetors and some performance tuning, this sends power back to the rear wheels via a four-speed manual transmission.

He believes that the car may have been used for racing at some point in its past as during the restoration process he found a slew of parts that had likely been fitted for competition. 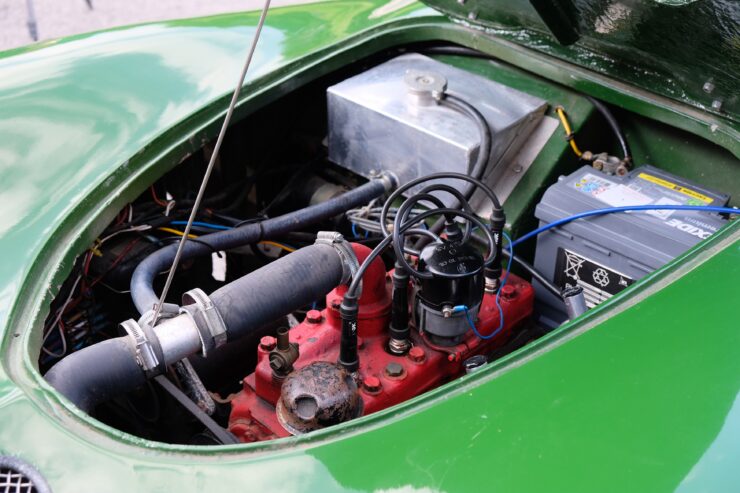 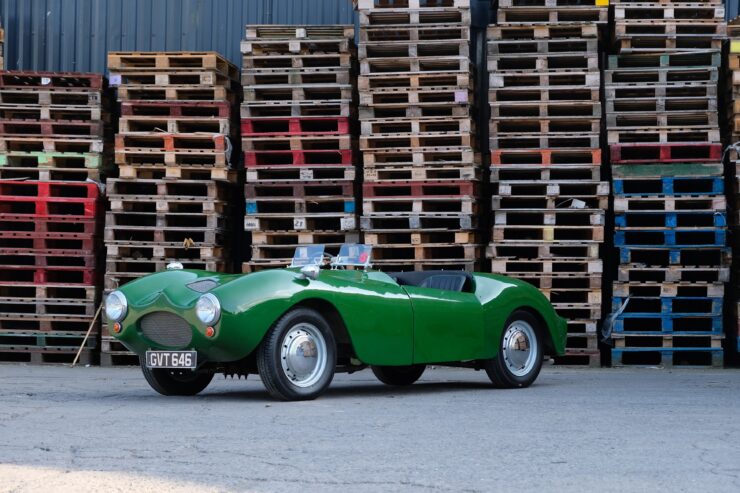 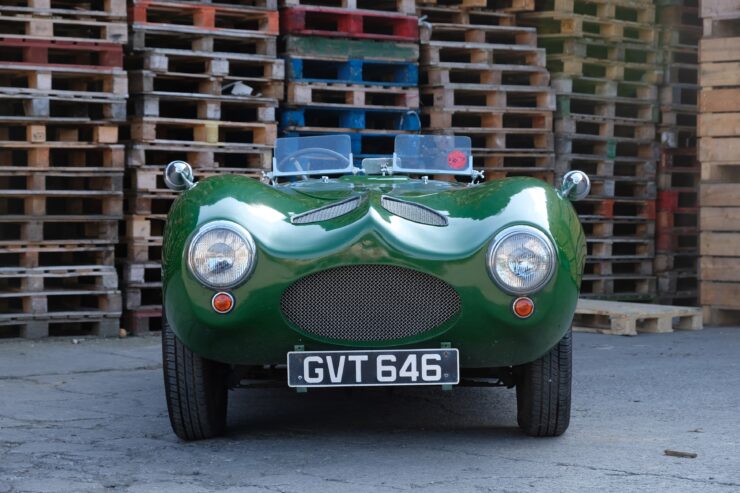 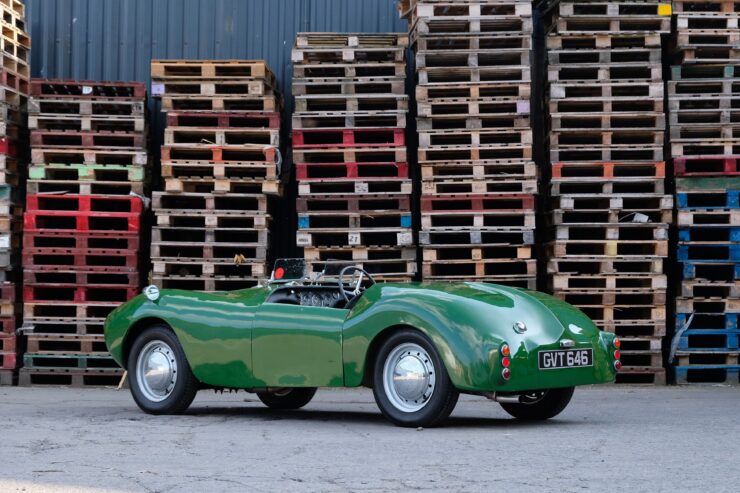 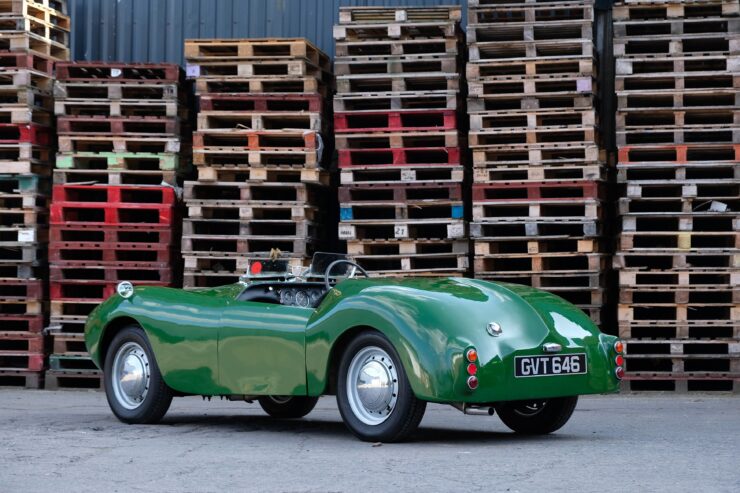 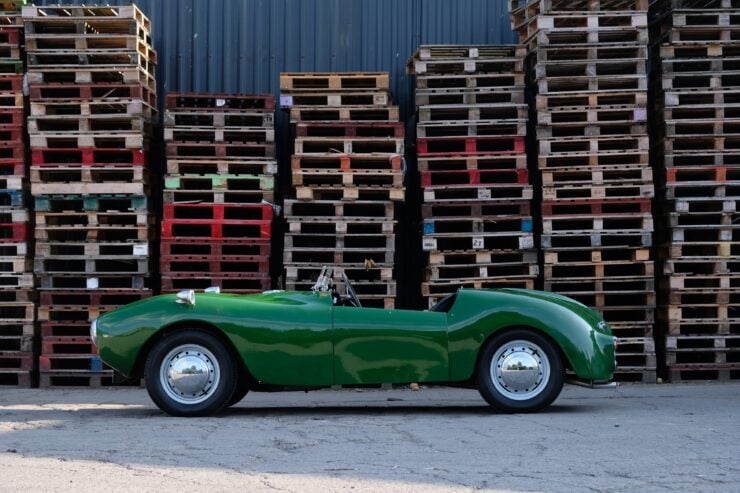 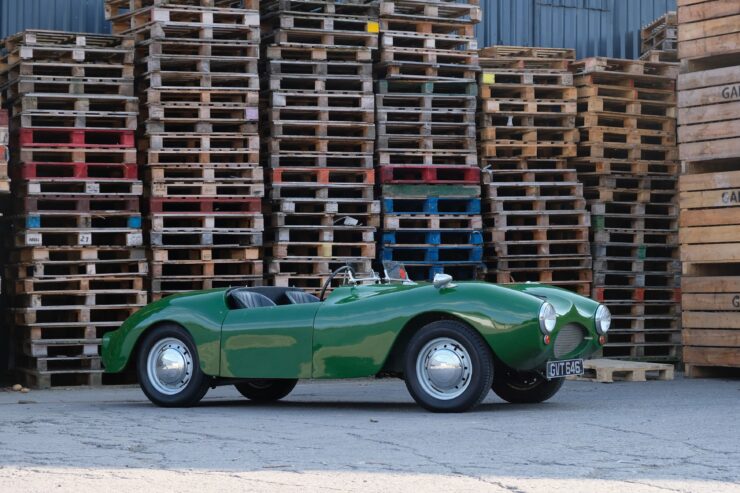 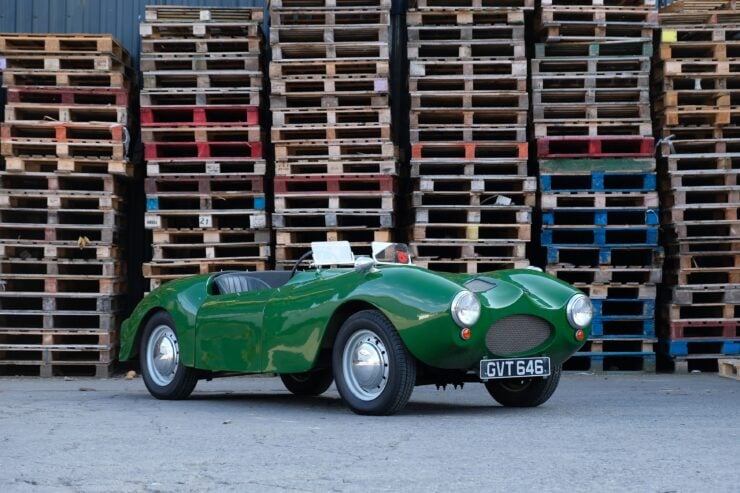 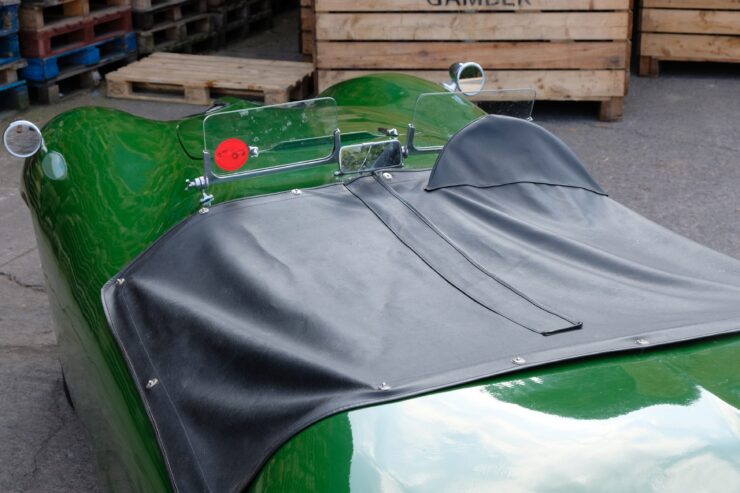 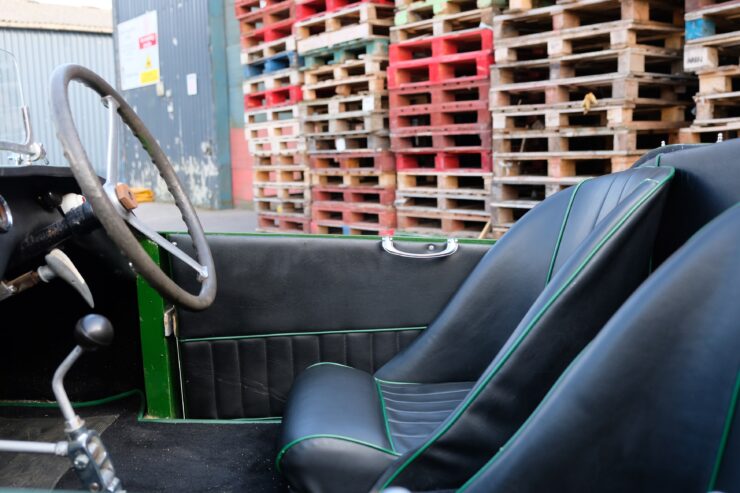 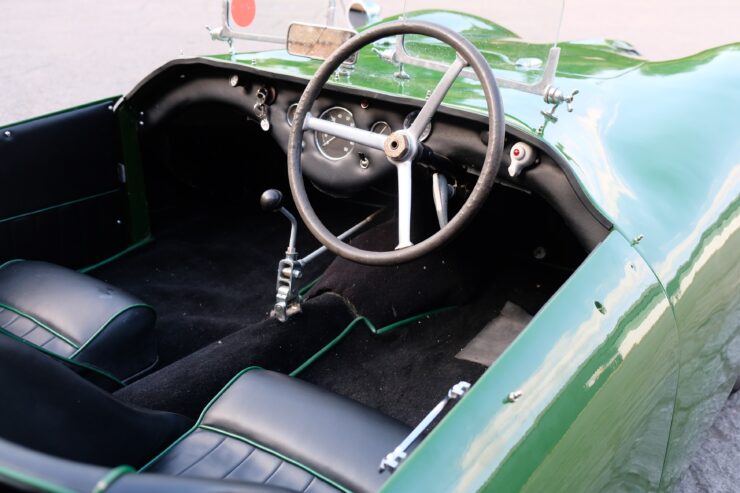 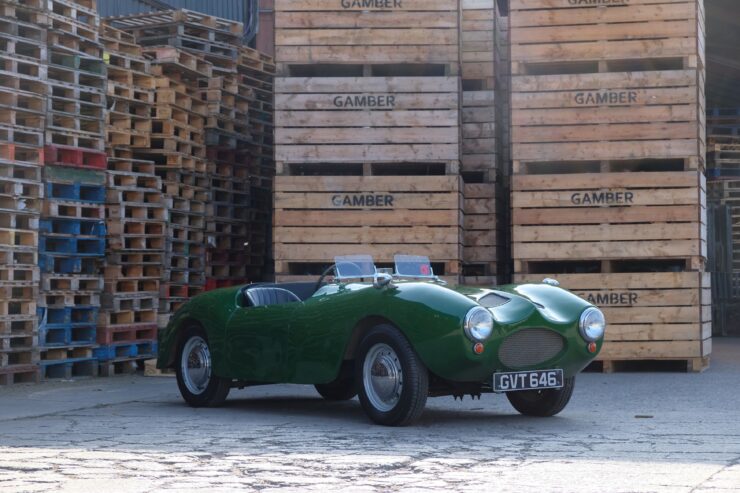 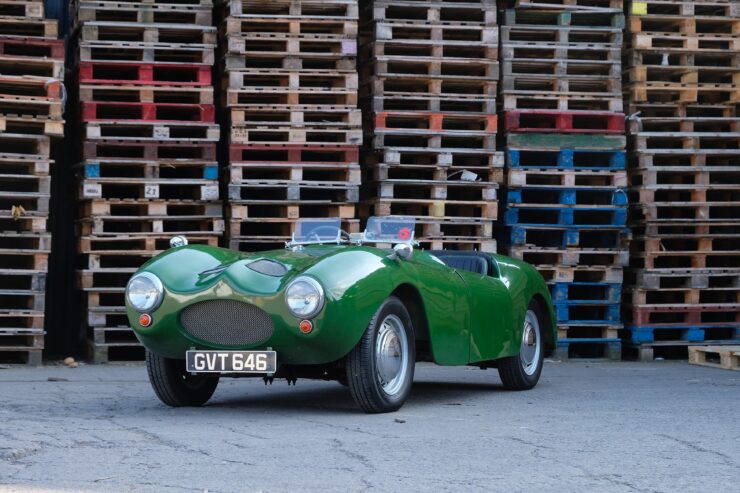