Rum Runner’s Paradise is a full length feature documentary about the Prohibition era as seen through the eyes of the residents of the pacific northwest, particularly Washington State.

Spokane was ground zero for smuggling activities during the 18 years of Prohibition in Washington State thanks to its close proximity to the long and poorly guarded Canadian border.

Motorcycles, cars, boats, and even biplanes were used to get whisky into the United States, where it would be sold with eye-watering markups to a thirsty American populace.

This film was created by KSPS Public TV, a Public Broadcasting Service (PBS) member television station based in Spokane. The almost hour-long film starts out in the years before Prohibition, following the build up to the passing of the 18th Amendment to the United States Constitution in 1920, ushering in the era of Prohibition.

Prohibition would be the law of the land for 13 years until the ratification of the Twenty-First Amendment in 1933 however some states kept the alcohol ban in place for a few years more. Washington State had passed their own anti-alcohol law at the end of 1915, not repealing it until 1933, meaning the state was dry for far longer than most. 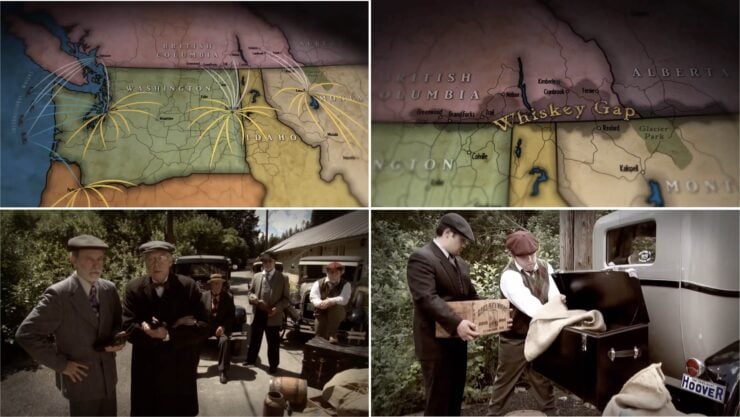 Spokane was a hotbed of smuggling activity during Prohibition thanks to its proximity to the Canadian border, and the surrounding wilderness that was ideal for moonshiners.

Prohibition would be an era that would spawn a number of new classes of motor racing including stock car racing, NASCAR in particular. Rum runners would modify their cars to be as fast as possible in the hopes of outrunning the law, they started racing each other for fun, and today it’s a multi-billion dollar industry – ironically often sponsored by companies than make and sell alcohol.

This film is full of true stories from the era, remarkable tales of rum runners using any vehicle they could get their hands on including cars that ran on railway tracks.

In one incident, one of these modified cars collided with a train and had its cargo of whisky bottles scattered all over a field. Rumors of the accident spread to a nearby town and before the police arrived in the morning the field had been picked clean.

If you’d like to read more about Prohibition you can click here to visit the highly detailed Wikipedia page on the subject. 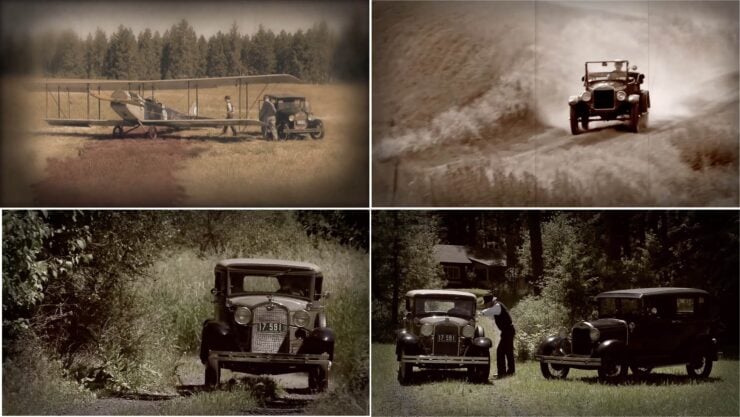 Published by Ben Branch - September 26th 2021
Related Posts
Vintage Documentary: Is This The Car Of The Future?