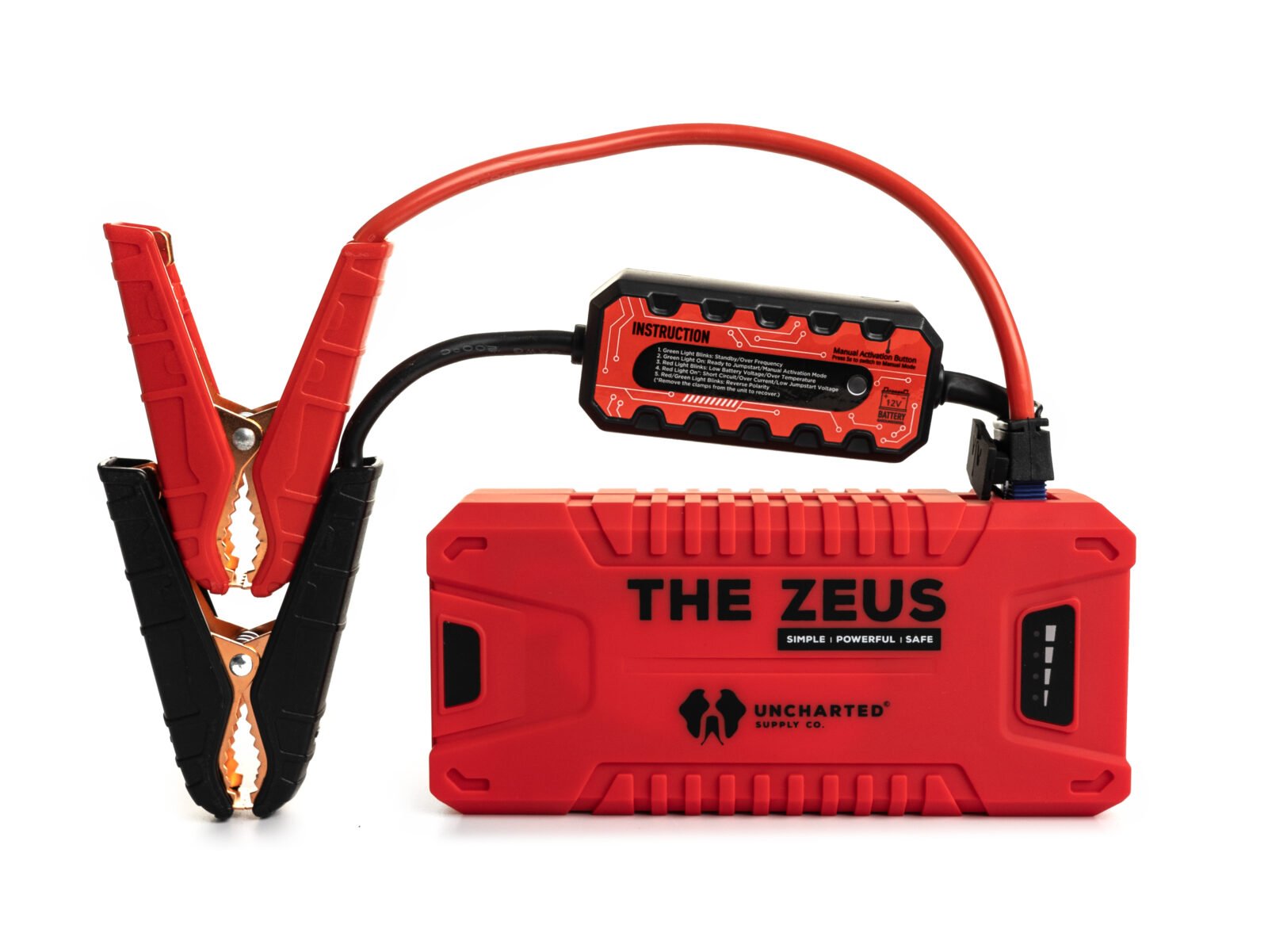 The Zeus is a 1.4 lb power bank that can charge an iPhone from 0% to 100% ten times at a minimum, it can also be used to jump start gasoline and diesel engined vehicles up to 8.0 liters in size, and it has a built in flashlight that can operate for days at a time.

The team at Uncharted Supply Co. developed the Zeus as a small, affordable device that’s easy to take with you whether you’re hiking, cycling, motorcycling, boating, sailing, road-tripping, or four-wheel driving.

At its heart, the Zeus contains a 20,000 mAh lithium-ion battery that can be used for charging your smartphone, GPS, two-way radio, ebook, tablet, or other device via USB. It also acts as an emergency jump starter for car, truck, motorcycle, and boat batteries, and it can be plugged into the wall at home and used as a normal car battery charger.

The Zeus is a vehicle battery charger, a battery jump starter, a smartphone and device charger, and a flashlight all rolled into one.

One thing that’s guaranteed to kill any trip in an instant is that sinking feeling when you turn the ignition key and nothing happens, often due to a dead battery.

The Zeus offers a lightweight insurance policy against the dreaded dead battery, and of course, it has the added benefit of being able to charge all your devices on the go when you’re miles away from a wall outlet.

The MSRP is $150 USD and you can choose any color you like as long as it’s emergency orange. Each Zeus comes with a hard shell carry case, an AC/DC wall adapter, jumper cables, a car charger, and a three way USB charging cord (Mini USB/USB-C/iPhone). 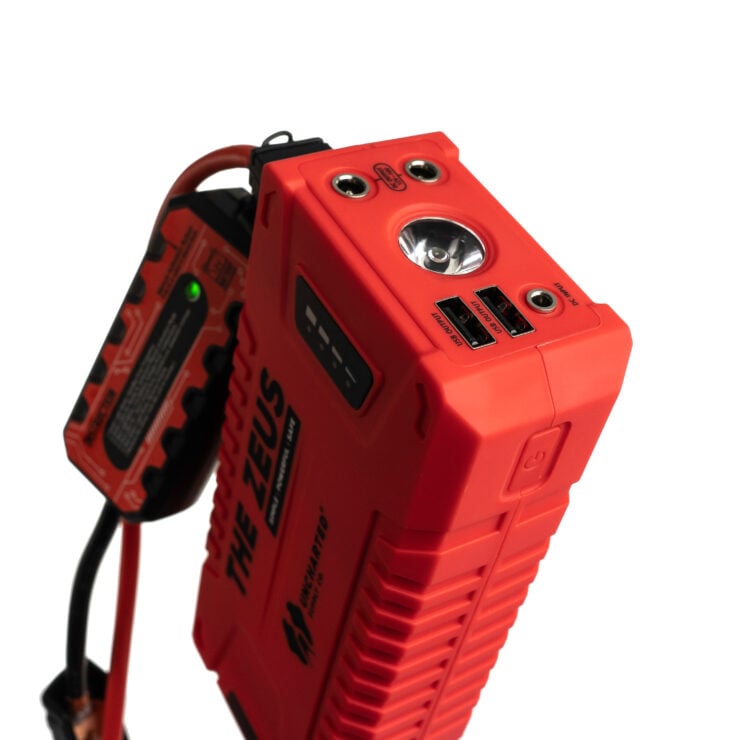 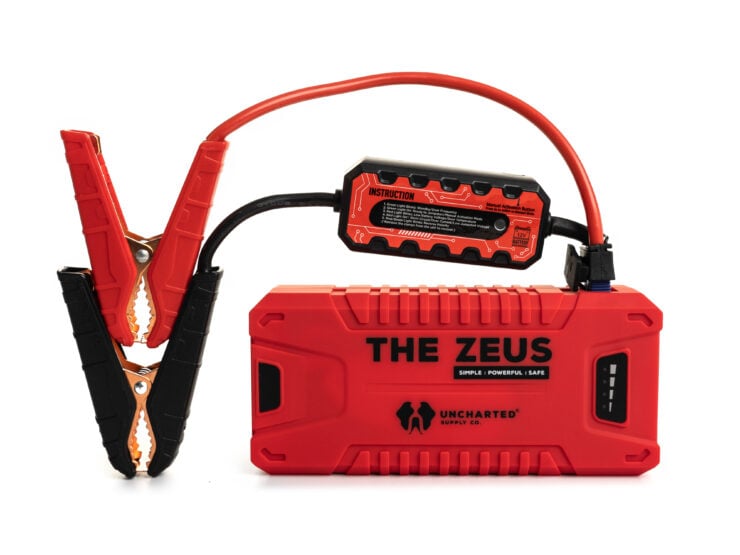 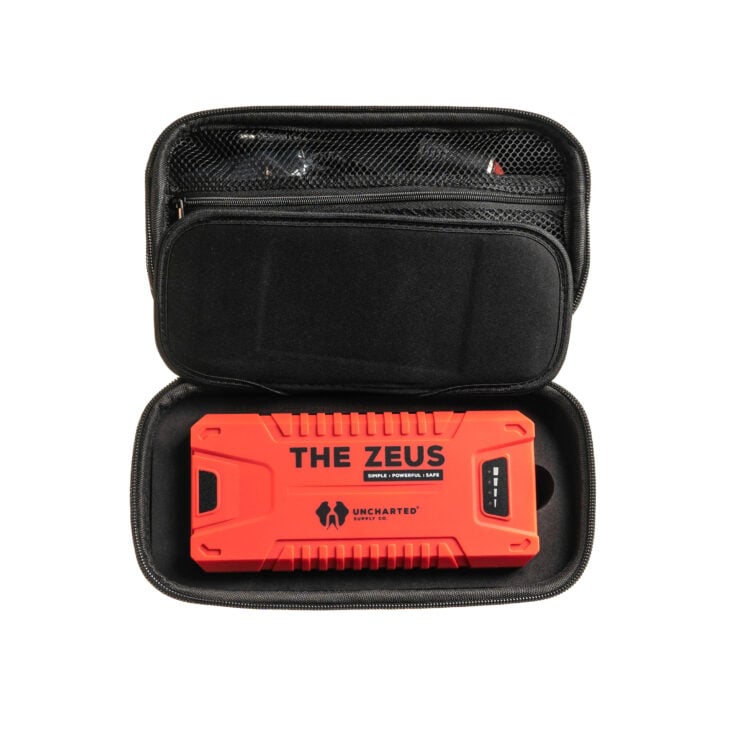 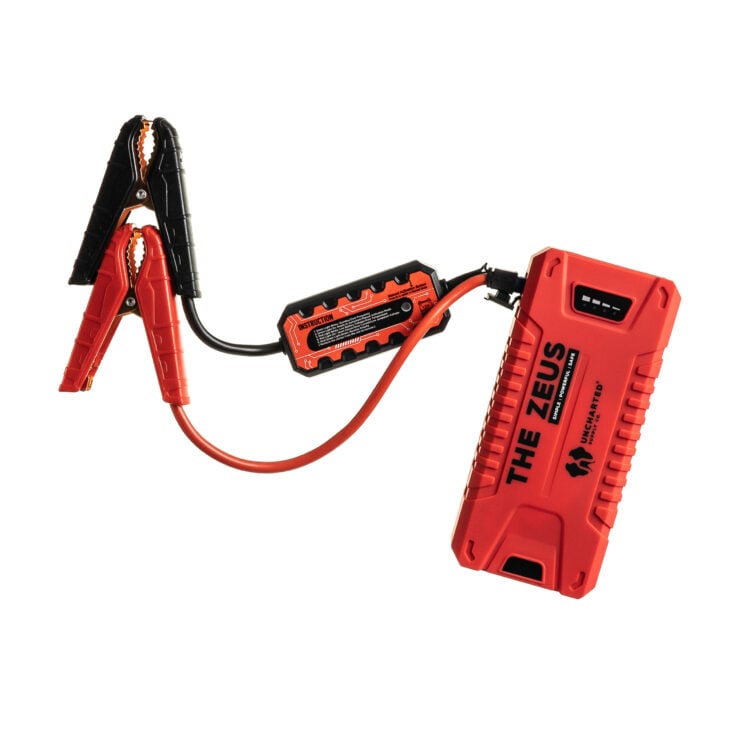 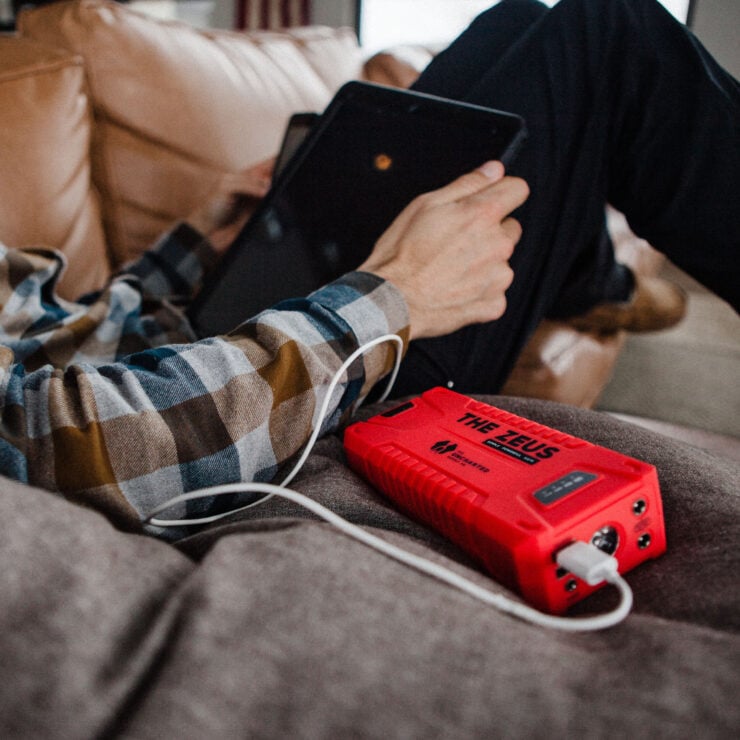 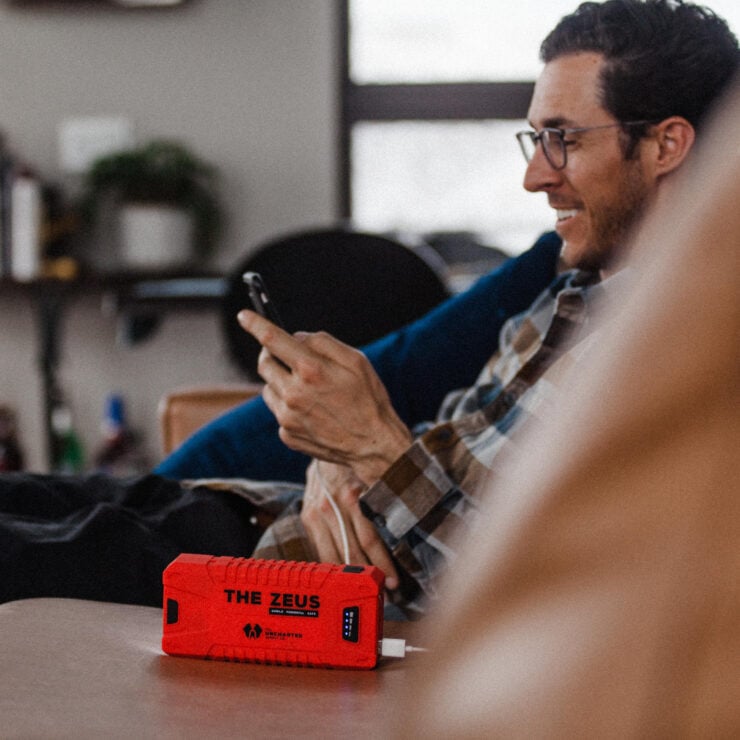