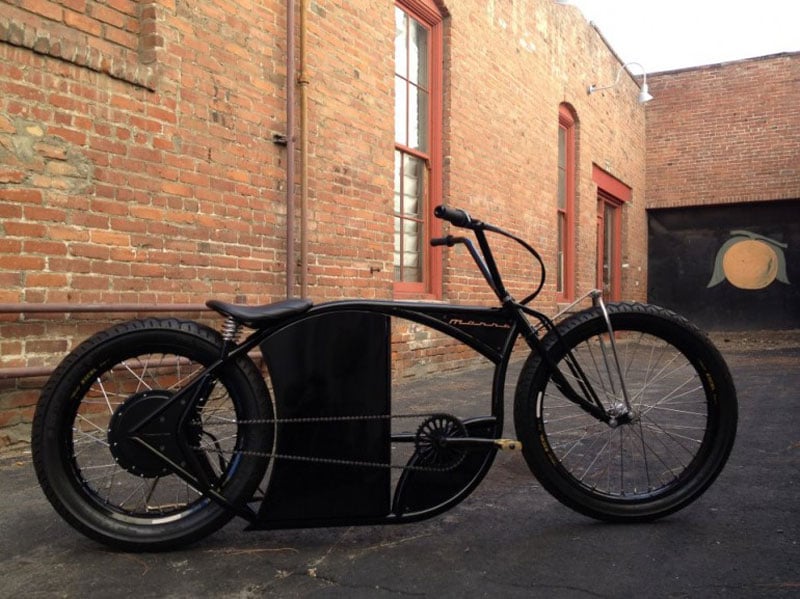 The Marrs Electric Cycle Company was founded by Kacy Marrs after he was injured in a motorcycle accident and found himself unable to ride. He wanted to bring sourthern California style to the electric bicycle arena and so set about creating a laid back, beach cruiser style bicycles powered by a lithium-ion battery system and a rear hub mounted electric motor.

The Marrs Electric Cruisers are currently limited to 20mph (due to US law restrictions) but I have a feeling that a little tinkering would see the top speed come up by quite a margin. Not that I’m encouraging you to do that.

From a design perspective the bikes are clearly influenced by 1920’s/1030’s motorcycle design (which is never a bad thing), they also offer you the chance to pedal so you always have that option if the electrons run a little low.

We’re currently seeing battery technology develop at a rate where the cost per mile halves every 18 months, this means that the lithium-ion batteries in this bike could be replaced in about 2 years with a battery pack offering twice the (20 mile) range at the same cost, and so on every couple of years at a compound rate until you’re theoretically getting 100s of miles per charge. 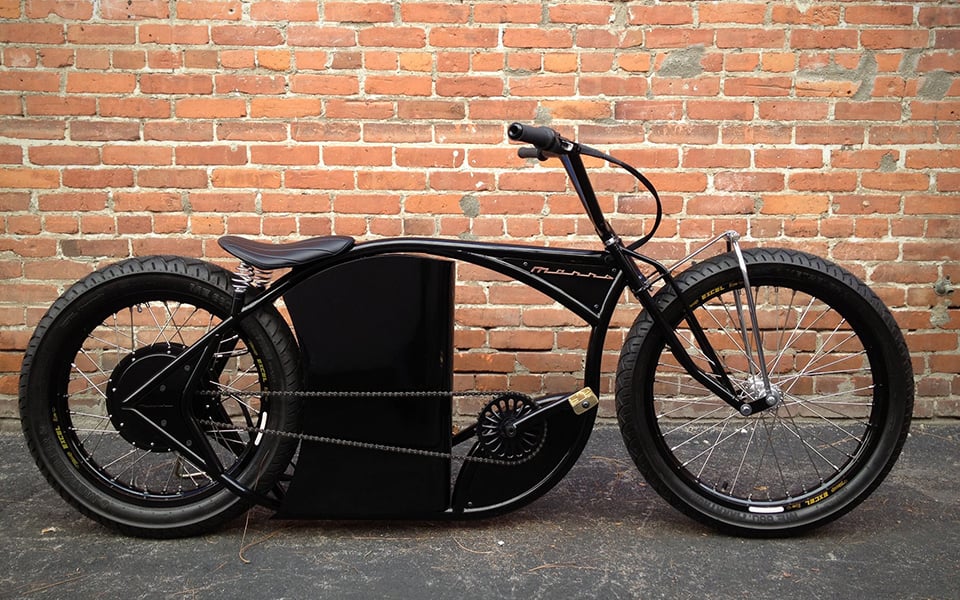