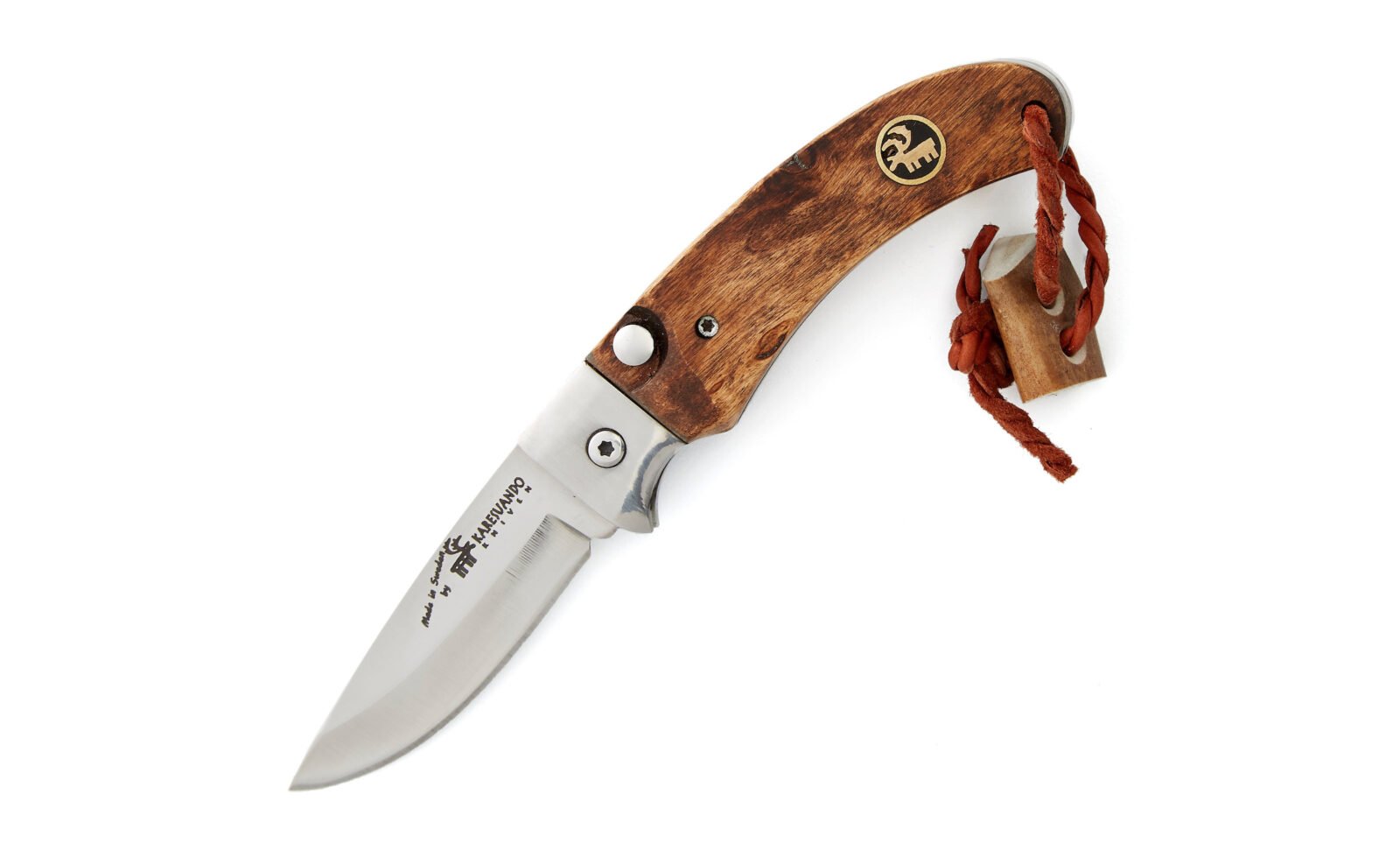 Karesuando is a Swedish foundry located 250 kilometres north of the Arctic Circle, inline with the centre of Greenland or the northernmost regions of Canada.

The village was originally settled in 1670 and it’s been occupied ever since, Reindeer husbandry is the primary local industry, with Karesuando falling within the Könkämä reindeer-herding region.

The team at Karesuando make all of their knives to survive the local conditions with blades made from stainless steel hardened to 57HRC, and handles made from local curly birch wood. The Nallo Button Lock folding knife has a drop point design with a button lock safety system to keep your fingers safe.

Each knife has a Karesuando inlay shield and a stainless bolster, and each comes with a braided leather lanyard with bone bead trim and a brown leather belt sheath.

The Swedish knife smiths at Karesuando make each knife to heirloom quality, with oiled curly birch handles to help withstand the elements and high grade stainless steel throughout.

When closed the knife measures in at 3½”, when open it is approximately 6″ long, and it has a 2½” blade. Standard knife sharpening stones will work well with the Nallo, and the 57HRC blade means you won’t have to sharpen it often. 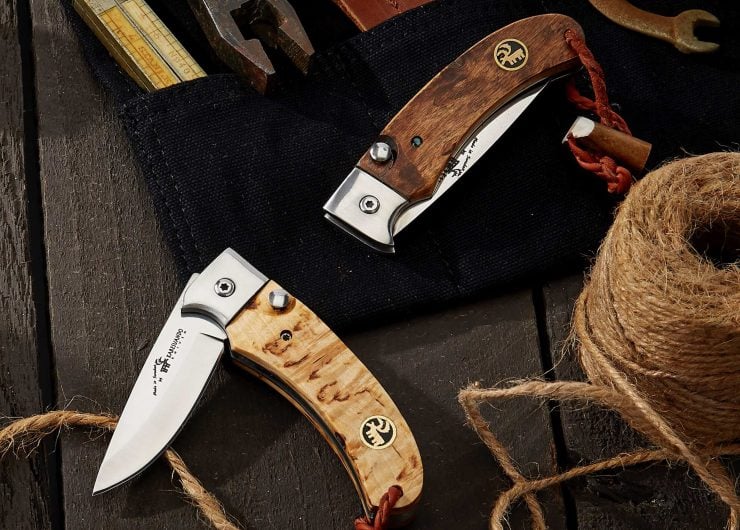 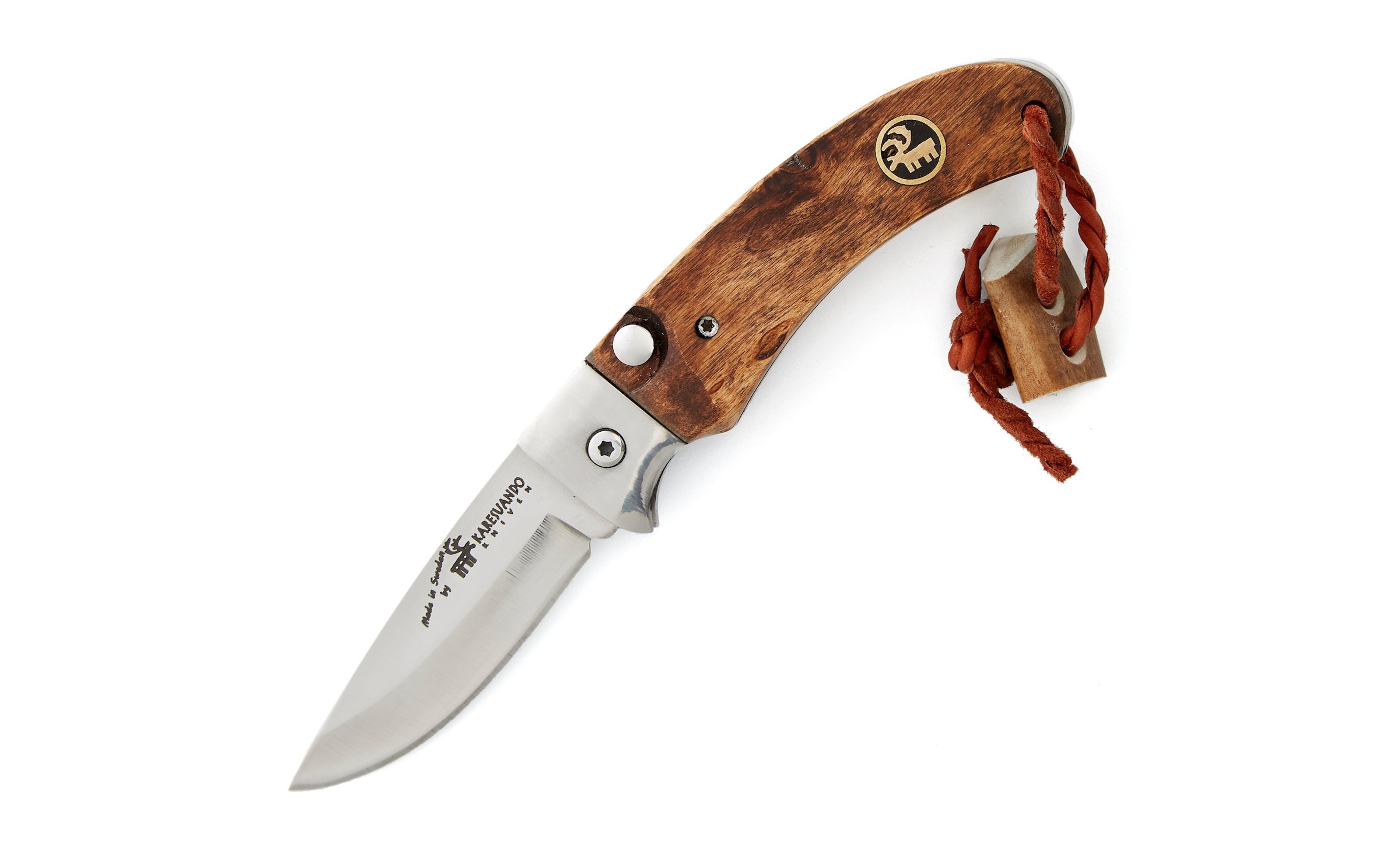